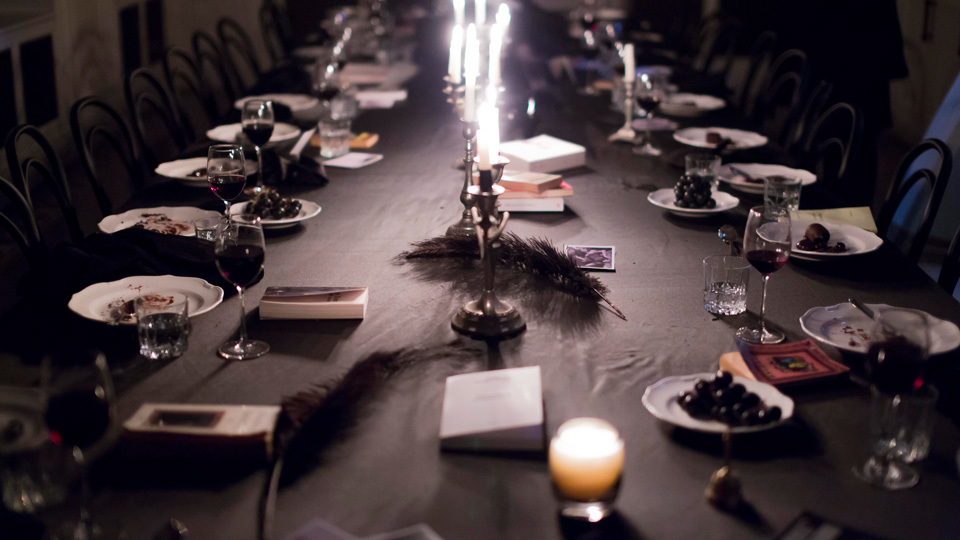 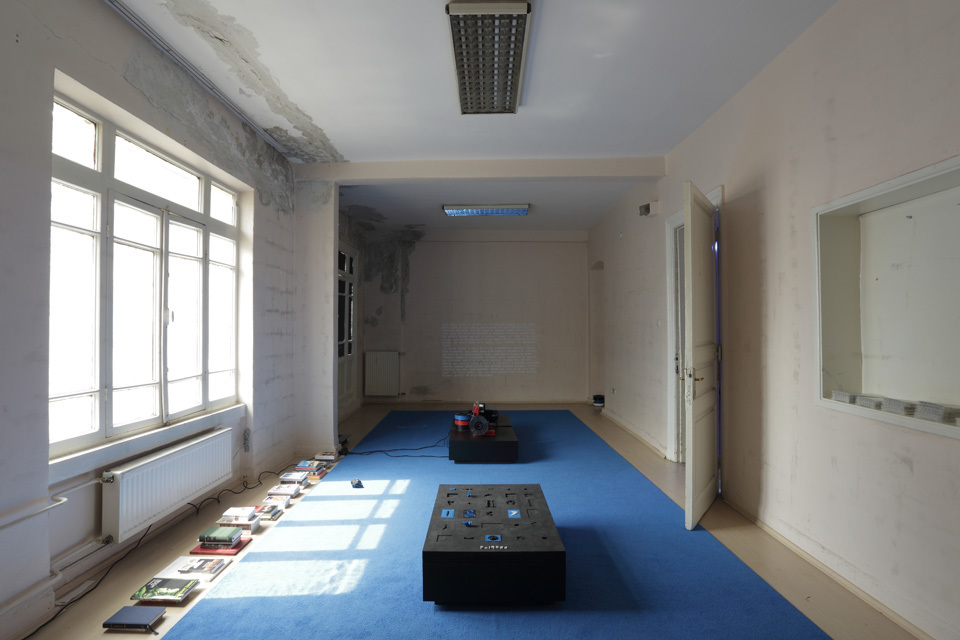 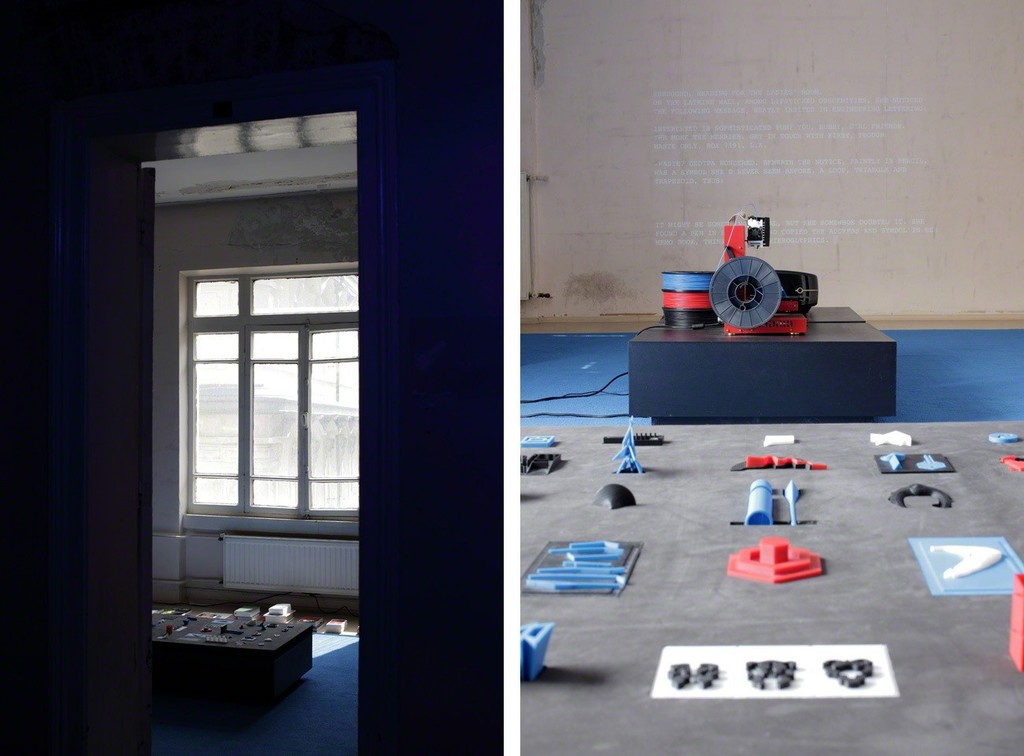 Protocinema presents a special event by Tristan Bera & Dominique Gonzalez-Foerster titled Dîner Noire with the participation of Catherine Robbe-Grillet, and the third chapter of an experimental library conceived by Charles Arsène-Henry.

Dîner Noire
Istanbul, April 2012, on a full moon twenty-two movie characters invited to a mundane party found themselves trapped in a weird cycle of repetition. Amongst an assembly of many guests, obliged to reenact the same dialogues and gestures for long hours, they were ultimately released thanks to an Erik Satie piano air. It was the cinematic 121st Night. Two years later, the twenty-two characters are being called back for an impromptu: Dîner Noire. Inspired by a fantasy combining Marquis de Sade and Joris-Karl Huysmans, Luchino Visconti and Pier Paolo Pasolini, Jess and James Franco, William Burroughs, Alain and Catherine Robbe-Grillet with joy and gloom, it is a dinner ceremony turning guests into ghosts in the mix of crystal, ink and screams. Please join its aftermath in the former Credit General Ottoman building, on Bankalar Caddesi. Dress code: noir de rigueur

The Library is on Fire follows the cognitive, affective and physical adventures of a creature looking for the form of its intelligence. In Istanbul, under the title Haunting Glyphs, it will continue its search for a language in the interzone between text and image. Written and programmed by Charles Arsène-Henry and Dominique Gonzalez-Foerster with the functions of a 3D printer used as a literary machine, it will secrete a meta-library in the form of an ambiguous poster. The Library is on Fire is a core element of the forthcoming LUMA Foundation art and research center.

Charles Arsène-Henry founded the speculative research agency White Box Black Box in 2009. He teaches the seminar Shapes of Fiction at the Architectural Association, London, and conceiving The Library is on Fire. His last published text: Nemo Floressas Achab Crash.

Tristan Bera (born 1984) lives in Paris. His work is based on literary and cinematic references in different formats and mediums. Since 2010, he woks in collaboration with Dominique Gonzalez-Foerster on exhibitions, film, fanzines and performances. In 2011 they presented Human Valley, an one year scenotope at Zurich Kunsthalle; in 2012, The 121st Night, Protocinema, Istanbul and peer-to-gynt together with Ari Benjamin Meyers. Bera's cinematic environments include The Magic Skin (2011), Belle comme le jour (2012) at Art Unlimited, Art Basel, and le rayon noir (2013) in The Library is on Fire 1(b): Haunted Glyphs at The LUMA Foundation, Arles, France.