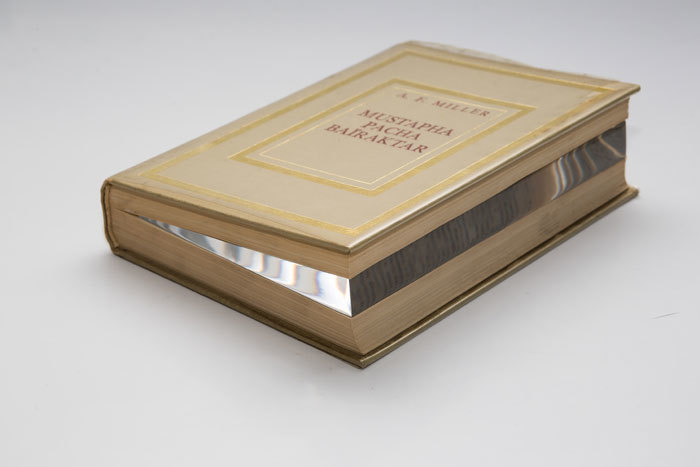 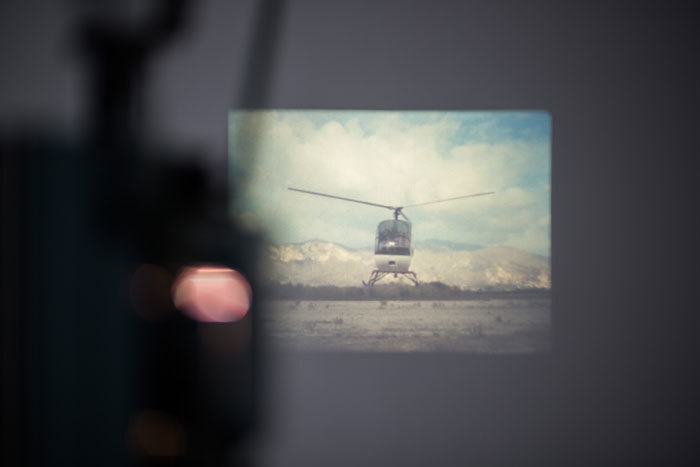 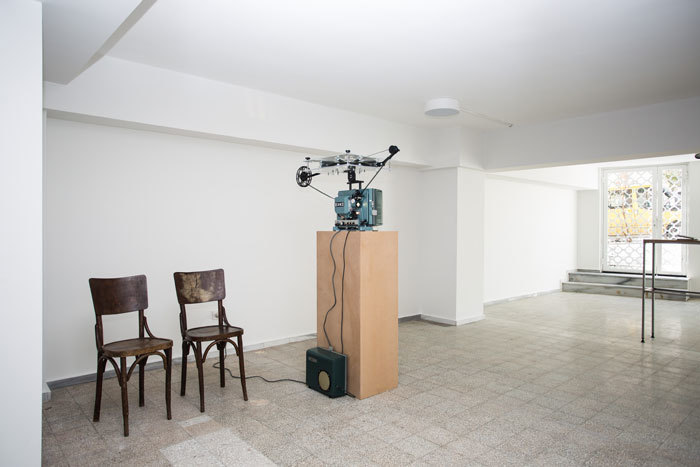 Protocinema is pleased to present the premier of Jacob Kassay's first film, Untitled, 2011, as well as new glass sculptural interventions and a new silver diptych painting.

During the single, 27-minute shot of Kassay's 16mm film, a helicopter lifts off from the desert ground, rises a couple of meters, hovers in place, then lands. The rotation of the helicopter's blades synchronize with the frame rate of the recording camera, 24 frames per second. We see the paradox of flight without motion, the still blades lifting the vehicle. "The work stages an encounter between two machines in which the recording device cancels out an essential element of its subject, replacing the physical fact of its mechanics with the magic of its flight. Exploiting a coincidence of industrial design, Kassay fuses a phenomenon with its perception, re-enchanting it." [1. ] The projection is the size of the projector itself and the volume of the recorded helicopter is equalized to the acoustic quality of the projector within the room which it is displayed. His film expands on the approach that Kassay has been addressing his paintings. "Kassay creates a complicity between opposites and inserts paradox into the fabric of knowledge: he makes colorless pieces about color; he makes opaque surfaces about reflection; he makes fixed images about movement ...... " [2.]

In parallel to the film's focus, Kassay's new sculptures further investigate the processes of imaging. Kassay has set solid glass wedges flush into books which act as a lens, giving mass to the flat surfaces of print. The volume of physical material here points towards potential readings of accumulated knowledge that precede one's engagement with the mediated material. Rather than citations of specific texts or authors, the sizes and slopes of the works determine the selection of books. On the occasion of this exhibition, Kassay has used books from local libraries as the interim containers, highlighting the site as well as the temporal nature of the exhibition itself.