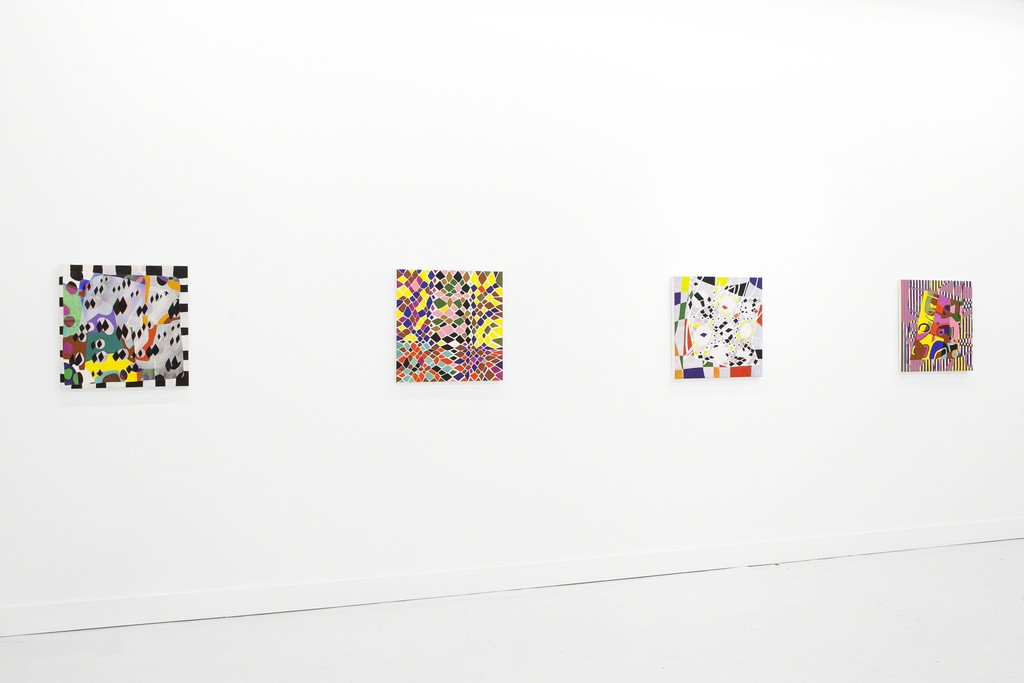 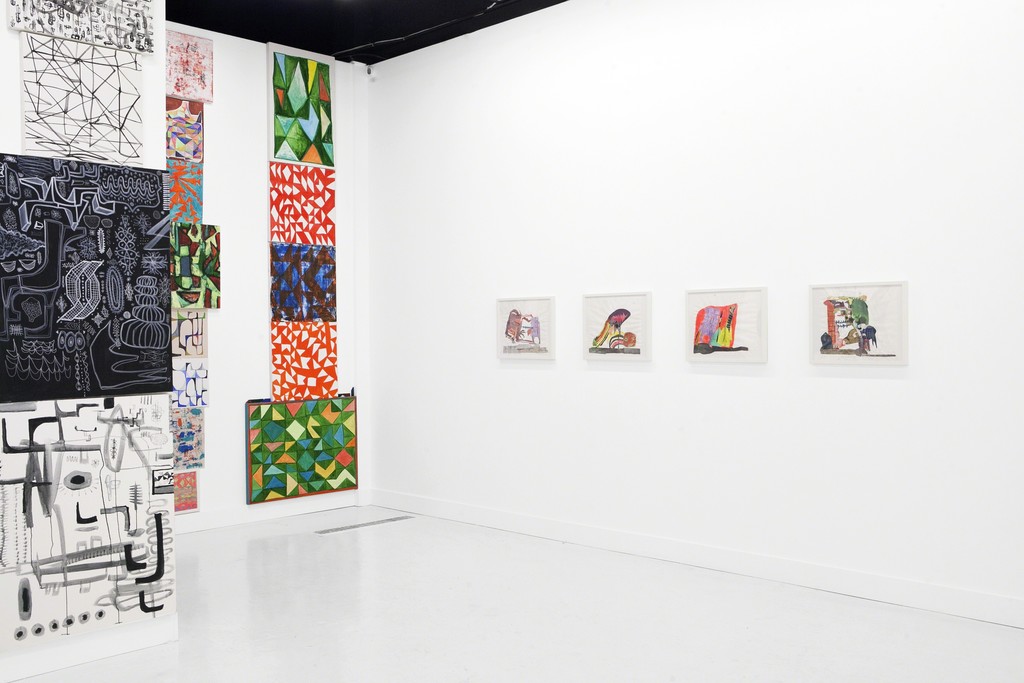 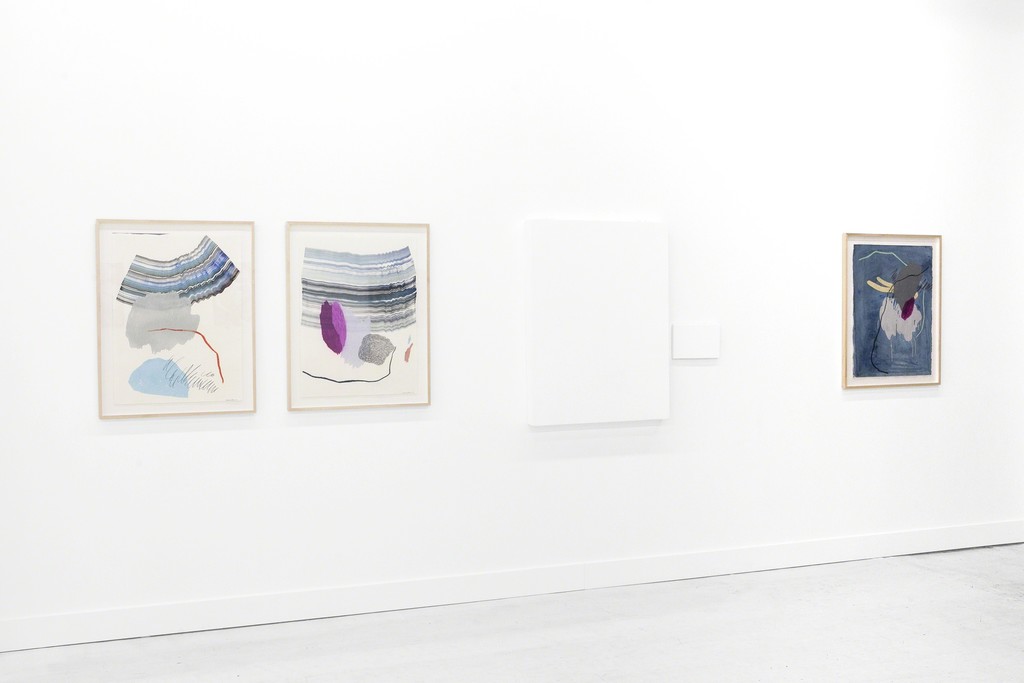 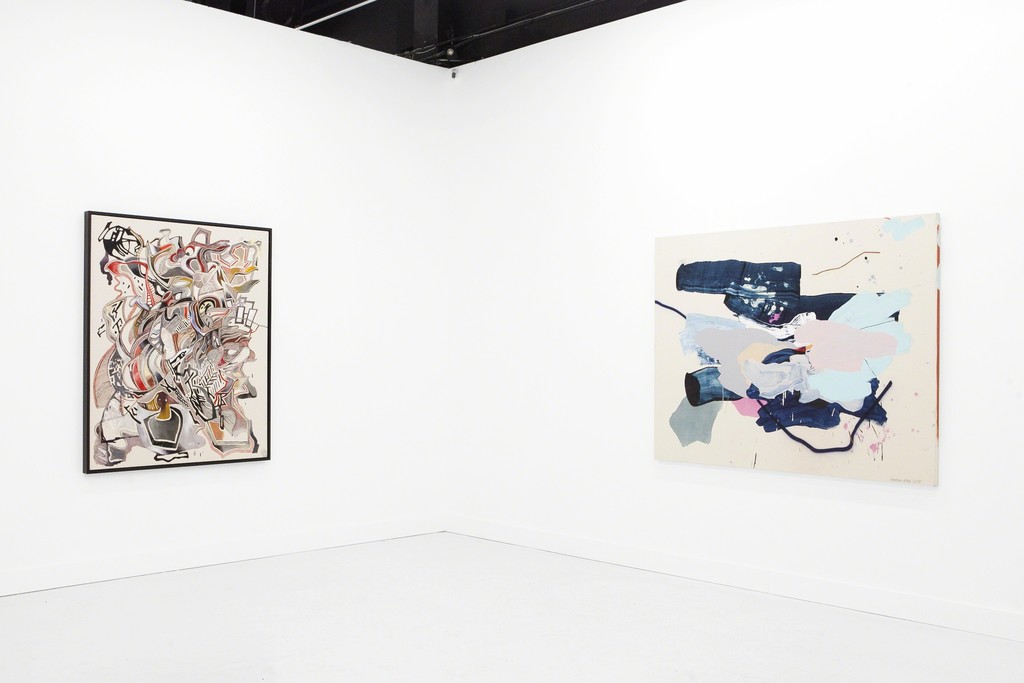 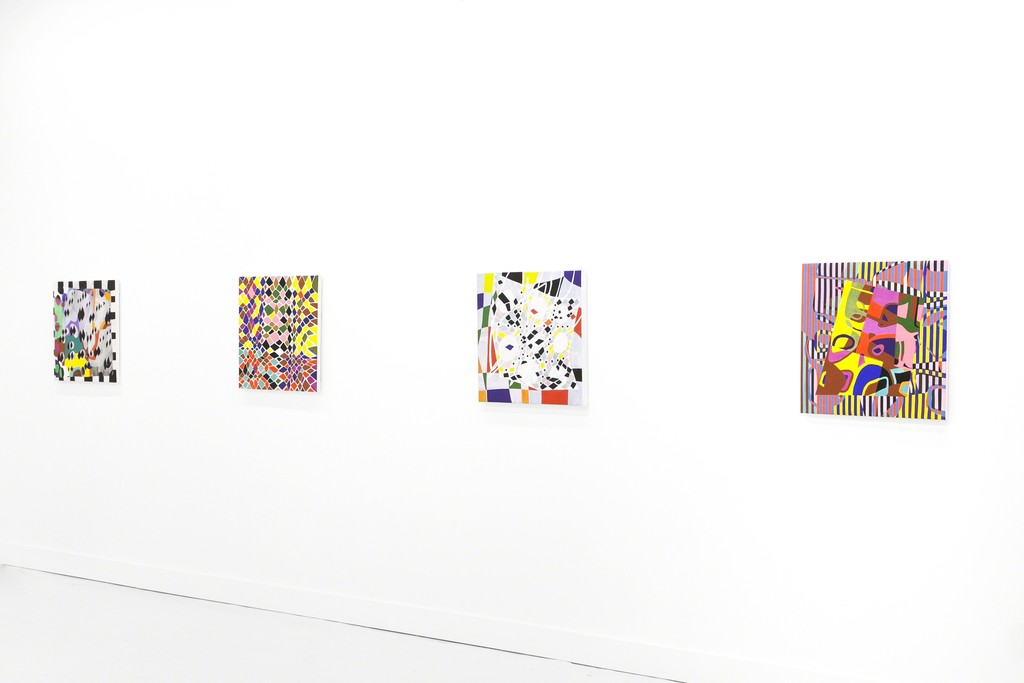 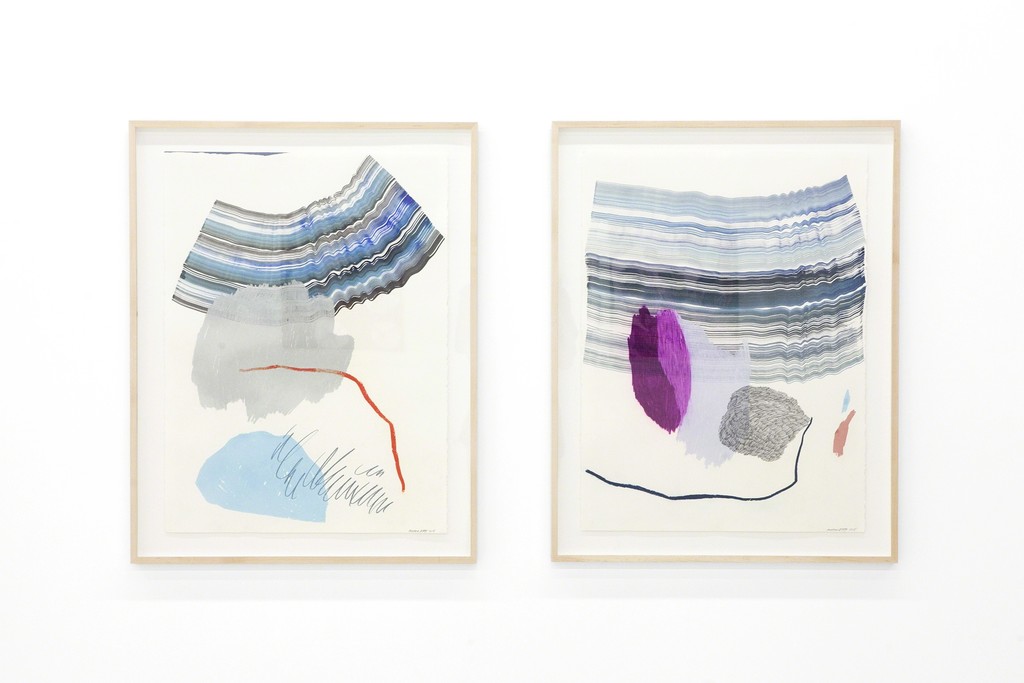 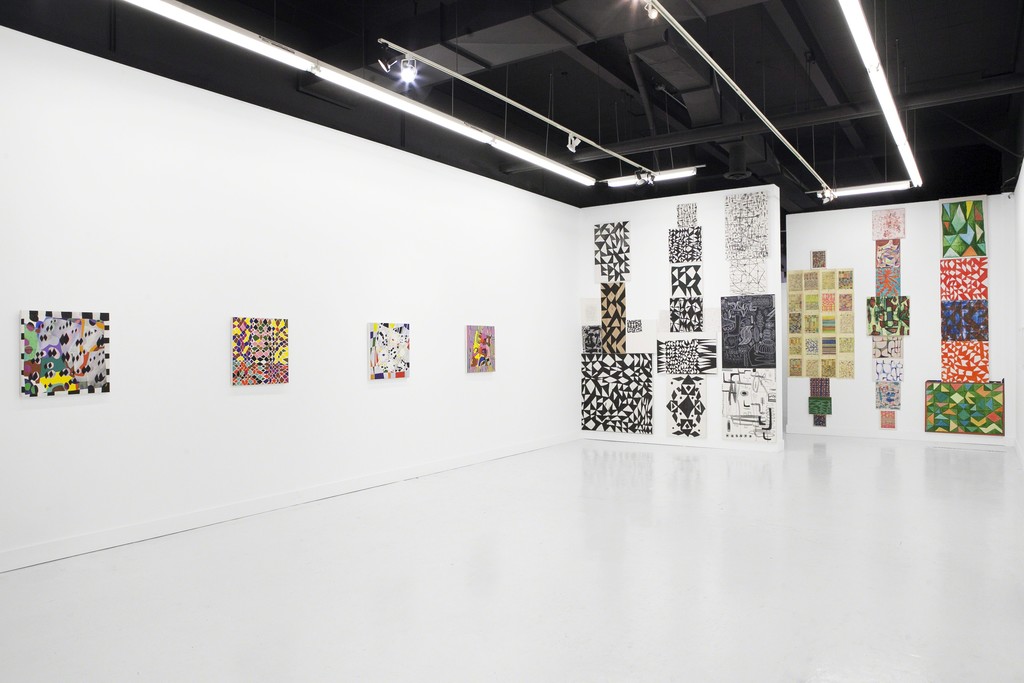 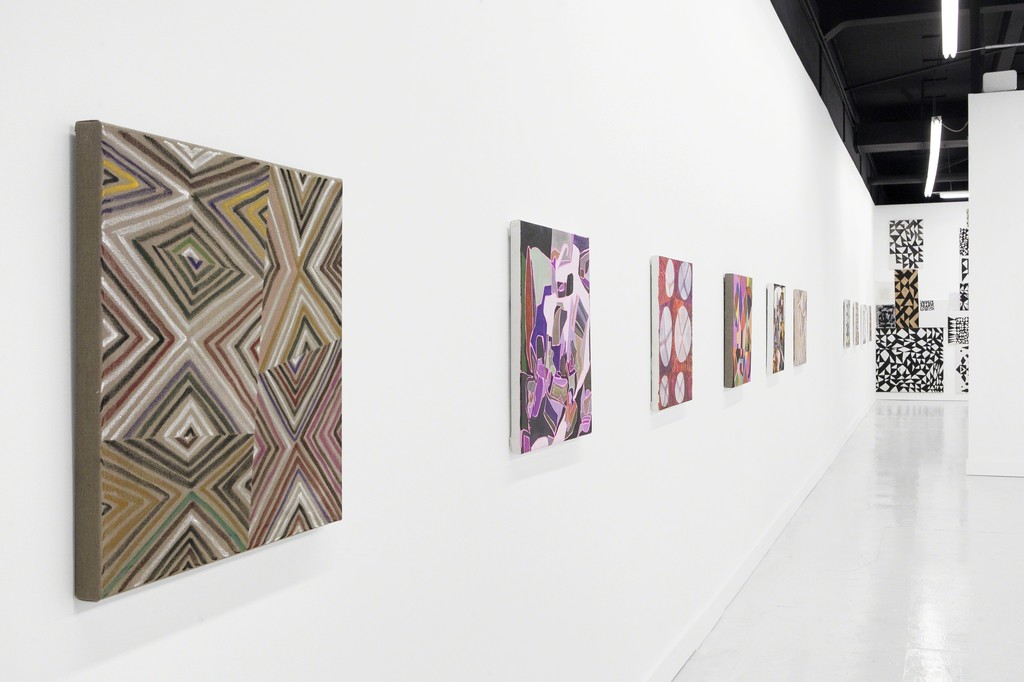 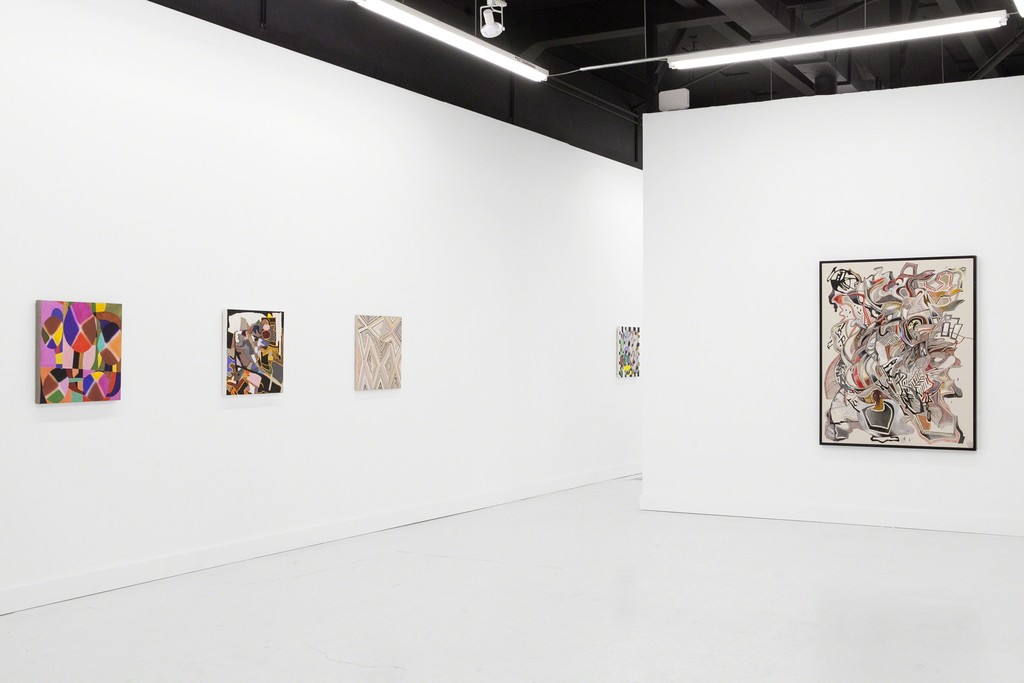 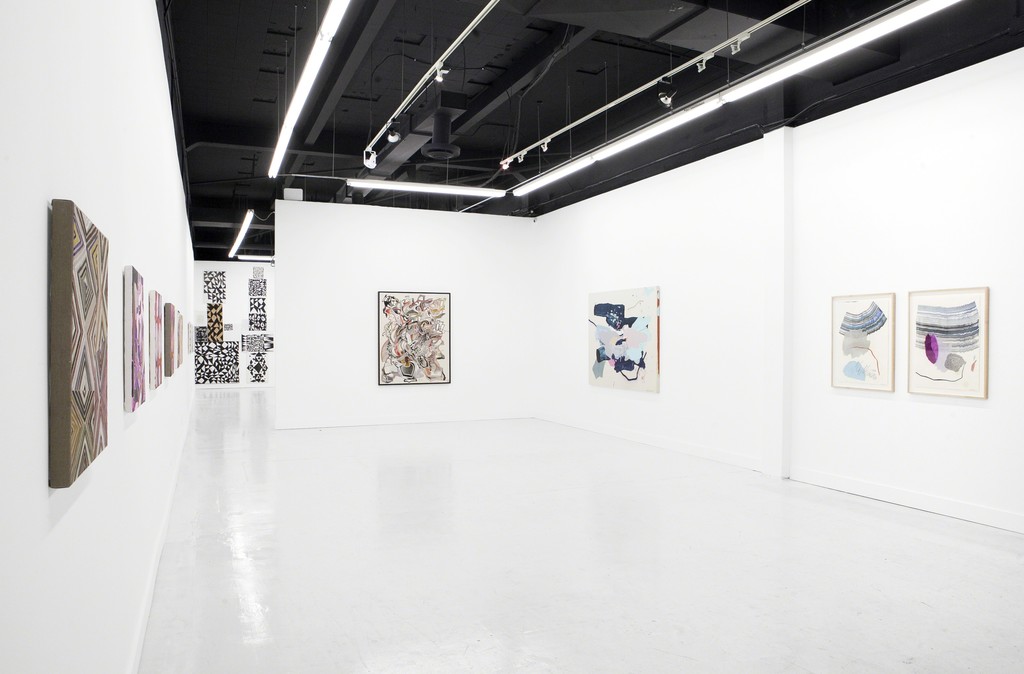 Pt.2 Gallery is proud to present Interference, a group exhibition of paintings by Bay Area-based artists Brett Flanigan, Heather Day, Rich Jacobs and Zio Ziegler, as well as Los Angeles based artist Megan Reed. The works exhibited stem from a multitude of perspectives and experiences, but coalesce in and around the concept of spontaneous change and how artwork takes new identities as it is created. This notion derives from how unplanned changes create a new direction, with interference as its core component. Each artist presented does this in their own way, but strike a similar chord. They share a common thread through process, foundational references, and technique, changing and morphing until they arrive at a completed piece.

Brett Flanigan (b.1986) is an Oakland, CA based artist, working primarily in painting and sculpture. He holds a degree in Molecular Biology from the University of California. Since 2009, he has exhibited extensively in the US and Europe. Flanigan has also completed a number of public artworks, including a 2013 series of 10 murals in various locations across the USA, a mural at the Museum of the University of Nevada, Reno, and a large scale public sculpture in downtown Oakland. This past summer he has recently completed the KPT artist residency in Germany.

Heather Day is a San Francisco, California based artist who works primarily in abstract painting. Day received a BFA from The Maryland Institute College of Art (MICA) on the Presidential Scholarship in Baltimore. The artist’s work has been shown at the Urban Institute of Contemporary Art, Art on Paper Fair NYC, Bedford Gallery, Hashimoto Contemporary and her work was recently in the summer group exhibition at The Massachusetts Museum of Contemporary Art. Her work can be found in the collections of Facebook, JCREW, The Ritz-Carlton, AirBNB, Snapchat, Dropbox, Warner Brothers, YouTube and The Chicago Philharmonic Orchestra.

Megan Reed is an artist based in Los Angeles. She has an MFA in Painting from California College of the Arts in San Francisco, CA, where she was the recipient of the Graduate Painting Teaching Fellowship and the Rex Ray Material Support Award. She also holds an MA from Southern Illinois University and a BFA from New York University. She has taught at California College of the Arts, Diablo Valley College and Southern Illinois University. Her work has appeared twice in New American Paintings, in the San Francisco Chronicle, in solo shows in London, UK, Berkeley, CA and Oakland, CA and in group shows nationally.

Rich Jacobs - ( born 1972) Growing up in Southern California in the 70's gave countless inspiration for the young artist. Skateboarding and Surf culture was never far away, but also Jacobs own Mother made quilts, did cross stitching, sewing, and crafted a lot. The patterns in particular had a subtle but powerful influence years later it would emerge. Jacobs has long been a member of the Do it yourself hands on culture. There wasn't much choice back then. If you wanted it done - you did it. That ethic or spirit still prevails in his work and approach. Weather it be Xerox photocopy art and zine making, Record and Book cover design, T-shirt and textile pattern work, and designing shoes and skateboard graphics - Jacobs has stuck to his craft and held onto his life long affinity for abstract raw and unconventional music making and listening. There is definitely a sense of rhythm and pulse in his abstractions. His work has been shown in many magazines, books, and galleries and museums in many parts of the globe. He has also done large murals in many parts of the world as well.

Zio Ziegler (born 1988) is an American artist known for his intricately patterned paintings and his large-scale murals, which can be seen in major cities in the U.S., Europe and Asia. Zio Ziegler studied at The Rhode Island School of Design and Brown University. Since graduating with a BFA from RISD in 2010, Ziegler has developed an international studio and mural practice to support his philosophy that art should be available to all. His work reflects the diverse influences of late medieval and quattrocento painting, aboriginal, African and naive art, and the European graffiti movement. Driven by intuition and depicted with a playful use of space and materials, his subject matter reflects the human condition, with reference to allegorical, mythical and artistic lineage. He paints in the belief that his paintings complete themselves by triggering self-discovery in their viewers. He currently lives and works in San Francisco and Los Angeles.

The gallery is located at 1523 b Webster St. and is just blocks away from both 12th & 19th st Bart Stations. Opening receptions at pt.2: are always free and open to the public. To receive a preview of the exhibition please contact [email protected].