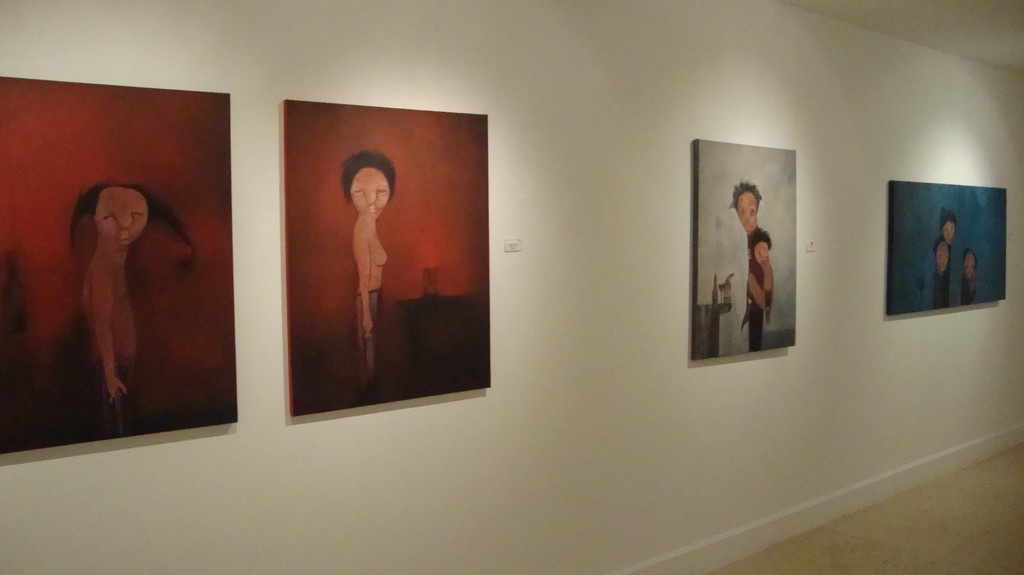 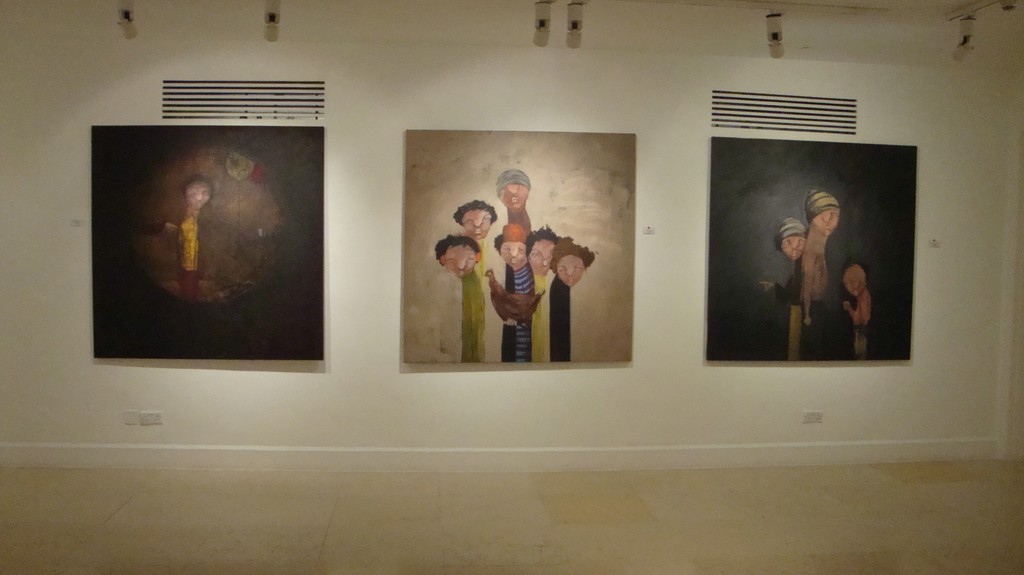 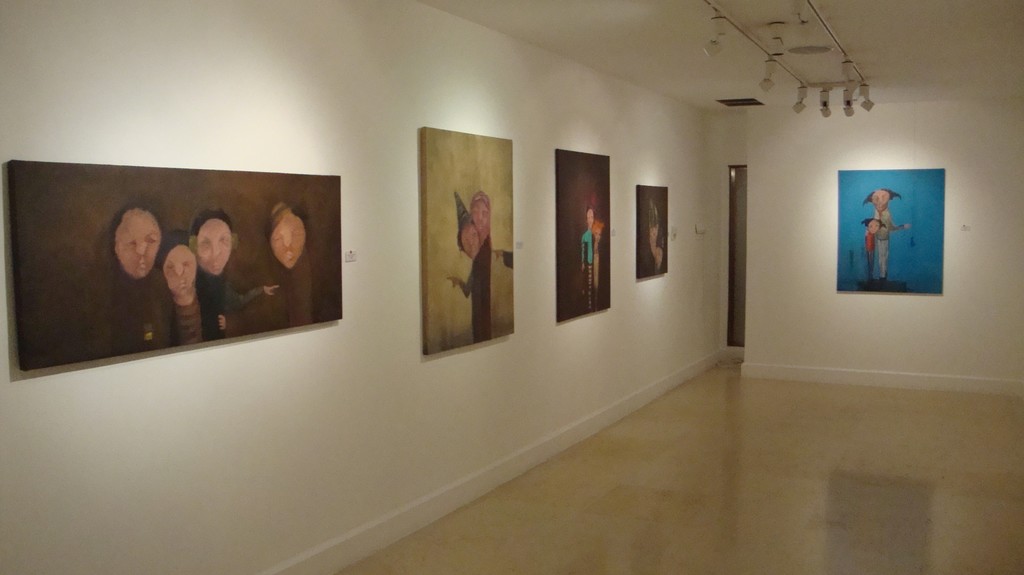 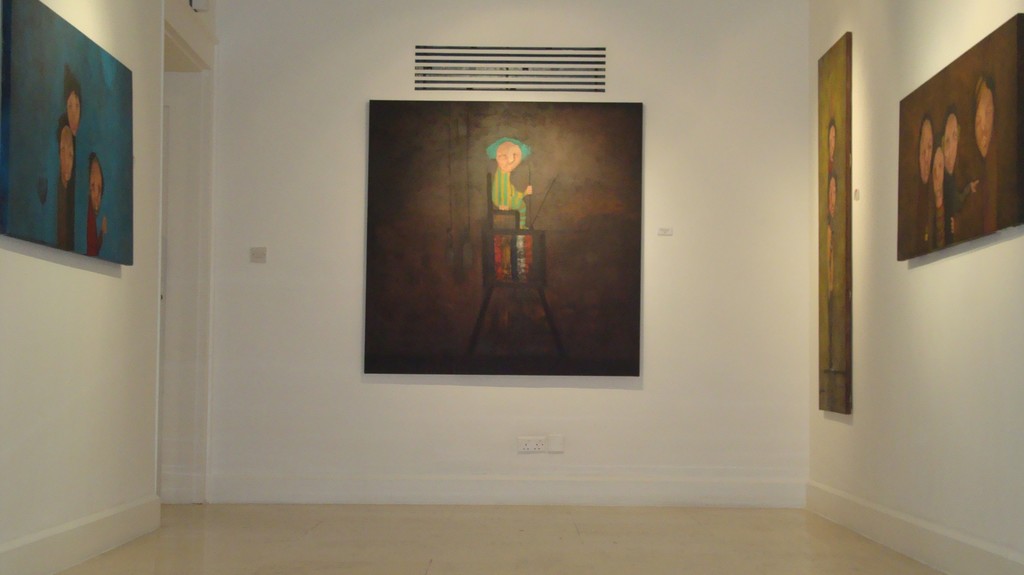 Born in St. Petersberg in 1988, Tamimi moved to Jordan at age 6, today he is considered one of the Middle East’s most exciting emerging artists.

In Others, the artist delves into the curious abyss of identity investigation bumping into the Other. This collision provides bearings for the artist’s exploration of the self which he navigates through amalgamated figures against each other juxtaposed against indiscernible backdrops.

The distorted figures are sensed rather than understood; resistant to interpretation, allusive in their gestures, they remain suspended in a non-place guided only by the physical and ideological foreignness of the other. With their whimsical attire and darkly exaggerated features, Tamimi’s figures appear to belong nowhere except in his imagination.

With paint and canvas as his artistic method of choice, his compressed gestural strokes, complex textures, a whimsical palette, and a dynamic treatment of light and shadow are all traits that promise a distinctive signature.