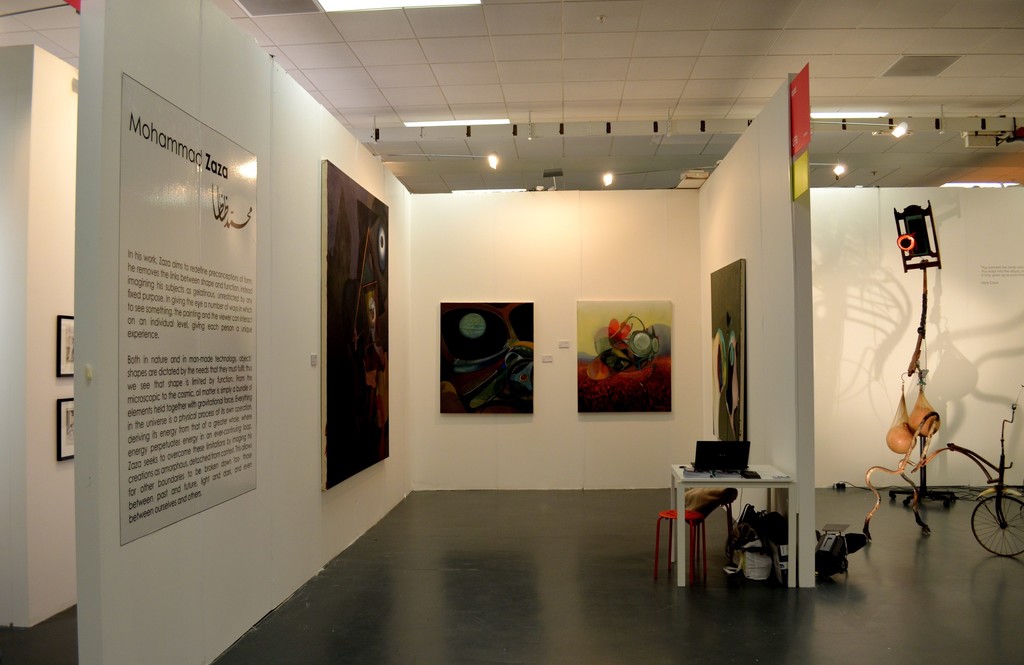 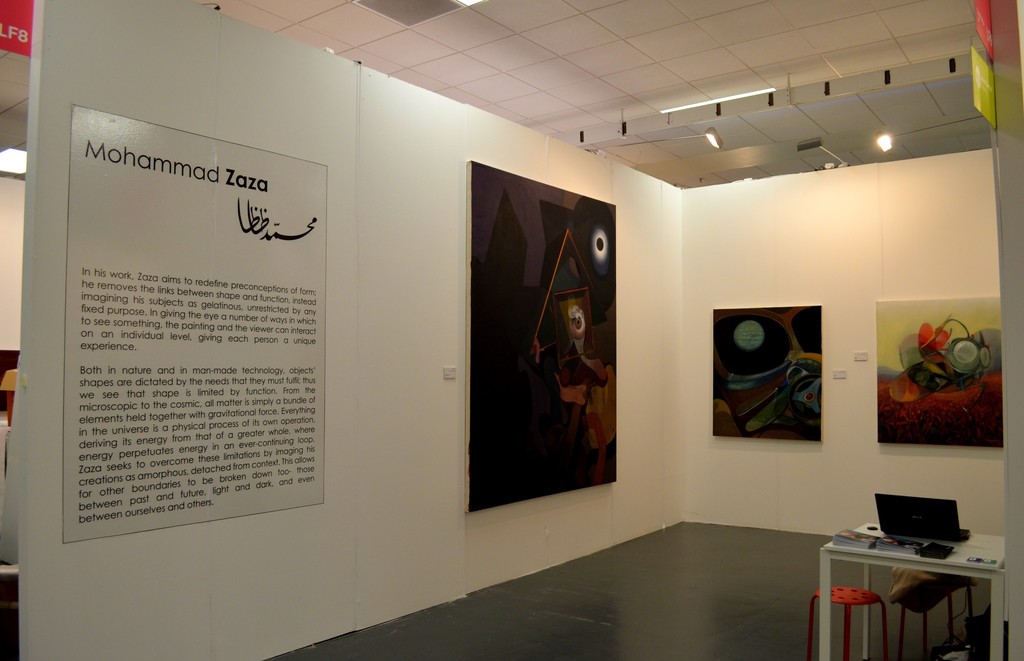 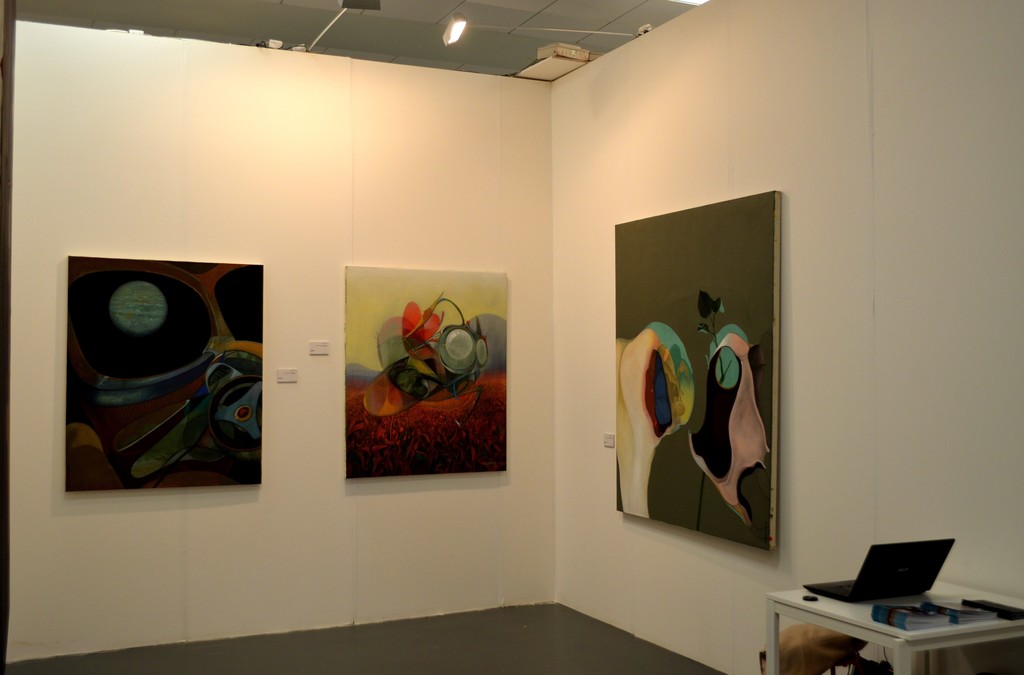 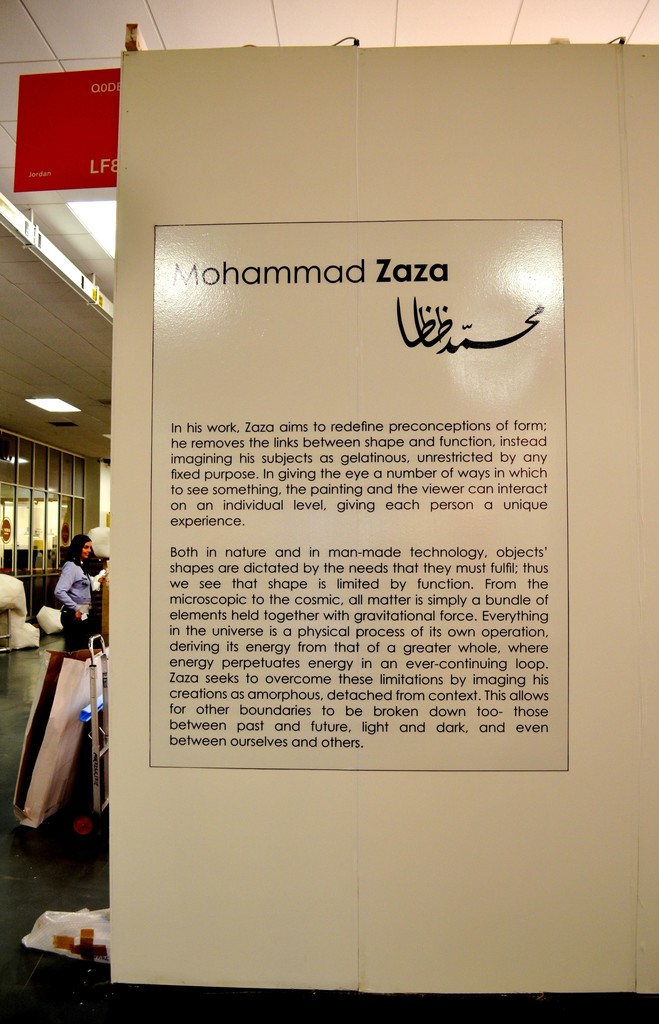 Amman-based artists’ agency Q0DE is pleased to announce their participation in Art 15, an international art fair taking place from the 21st to the 23rd of May in London’s Olympia.

They will be presenting a solo show from acclaimed Syrian artist Mohammad Zaza, who is now based in Istanbul. His large-scale works, the majority of which are undertaken in acrylic, are atmospheric and enigmatic, drawing the viewer in with their mysterious power. He investigates the way in which form is influenced by function, trying to reimagine shapes as free and gelatinous, ready to be reshaped by the innovations of the future.
He is known for his works of semi-abstract, amorphous figures set against delicately ominous colour palettes. This will be his first exhibition outside of the Middle East.

Throughout his career, Zaza has focused on the interaction between the viewer and the paining- encouraging them to see not only the broader picture, but also to focus on specific details of his work. Similarly, by redefining the commonly-held boundaries of shape and form, he allows the painting to be seen and understood differently by each person.

While keeping with this broader theme, Zaza will focus more specifically on the idea of new innovations of technology and how it affects the society into which it is released. “In the beginning,” he explains, “these objects derived from the need to fulfil specific needs for subsistence: all the mechanisms needed to serve a body: to eat, to grow and to survive.” Now our needs are more complex, and technology has diversified to meet more and more specific requirements.

Q0DE will be representing Jordan at the fair, as one of an astounding 41 countries, a third of which are in Asia. They have been selected to participate in the “London First” section, which provides an exclusive platform for galleries who have not exhibited previously in the capital.