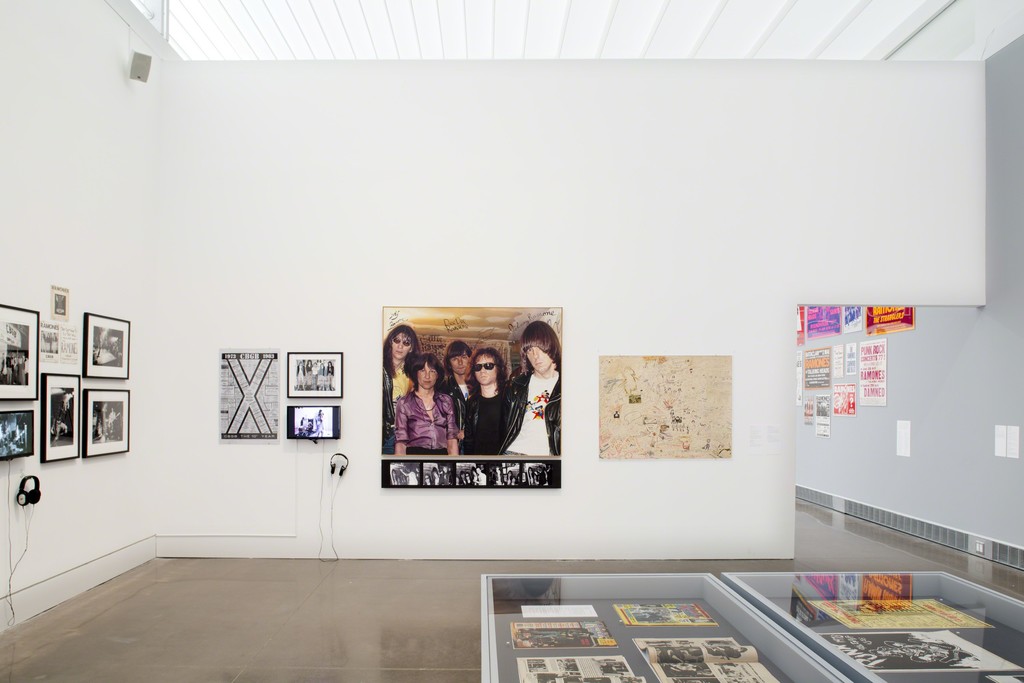 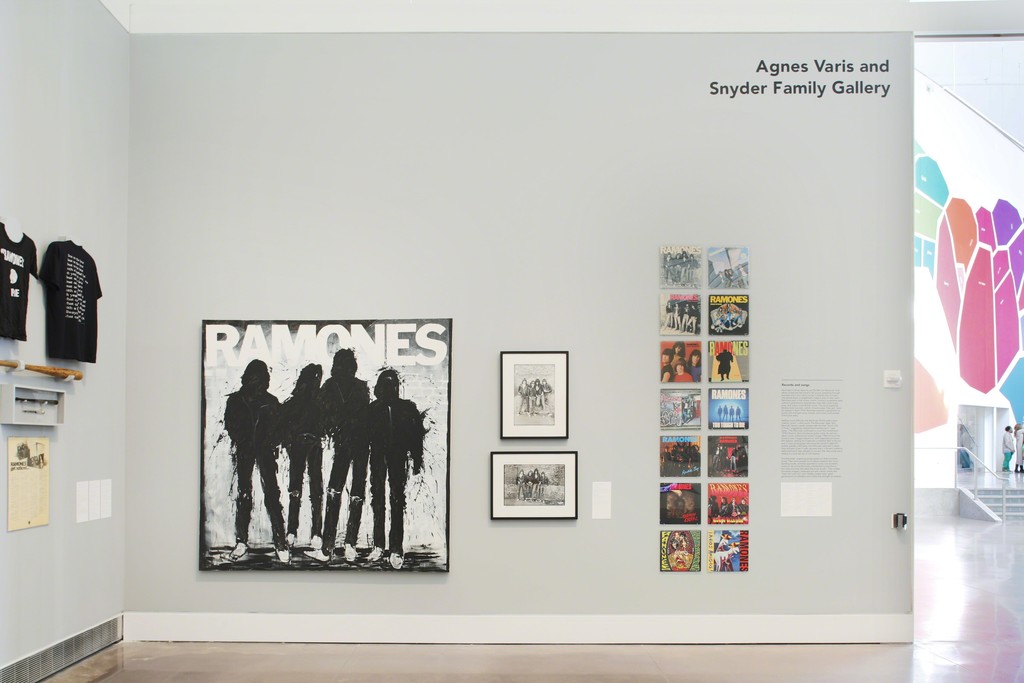 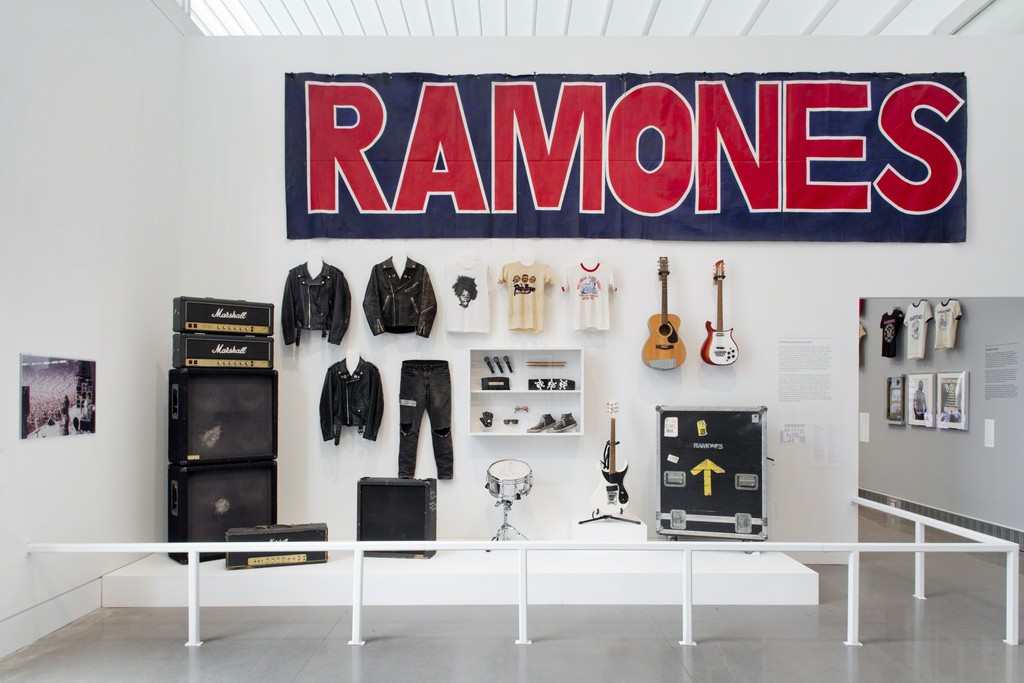 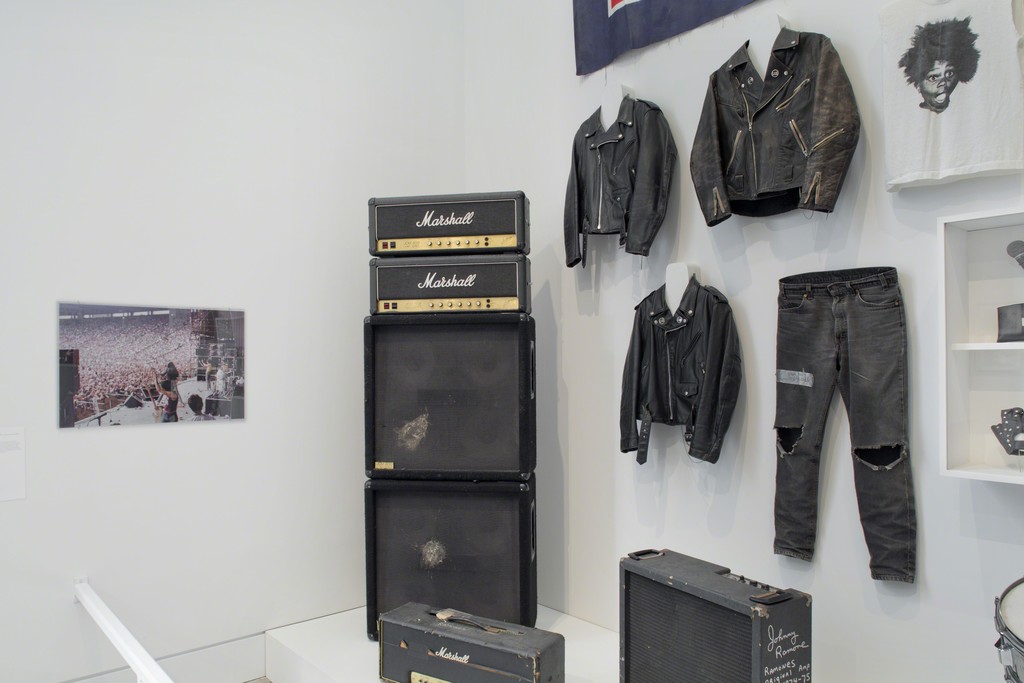 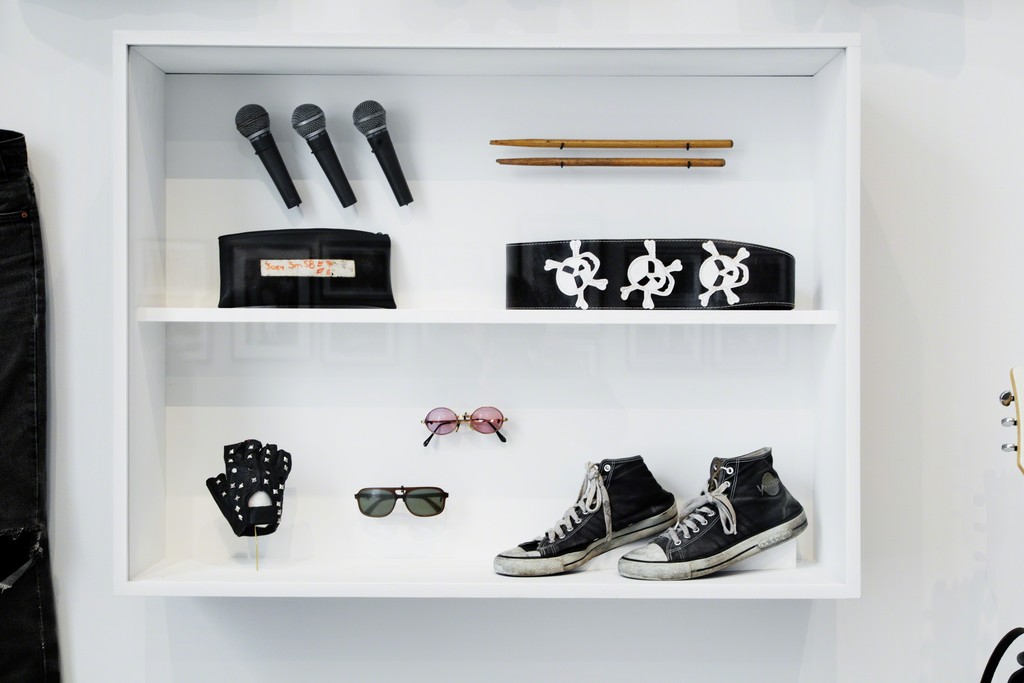 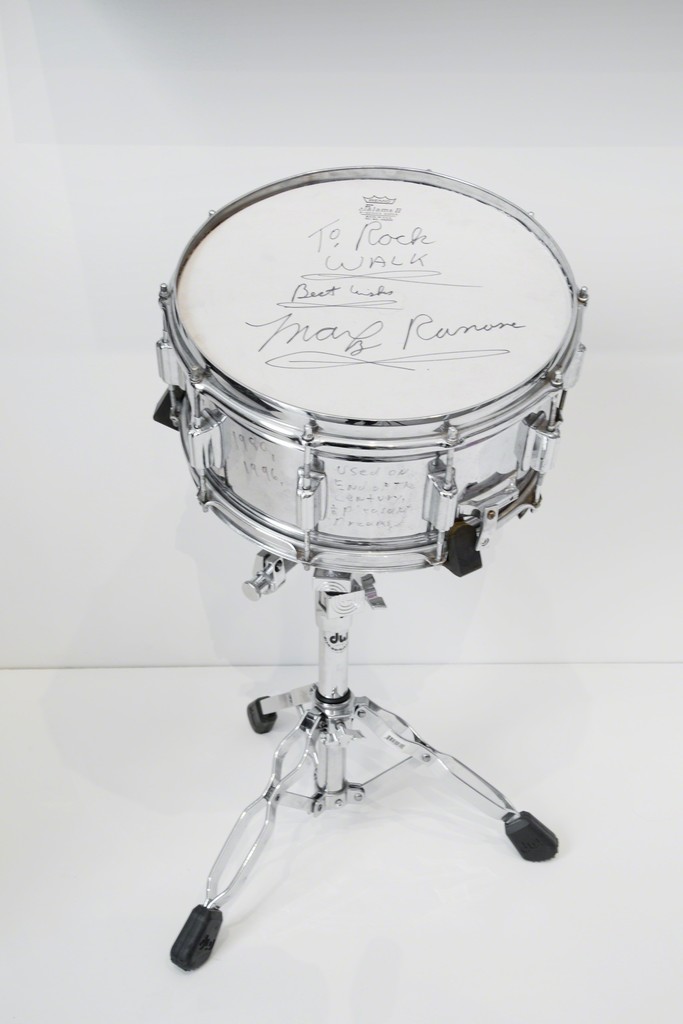 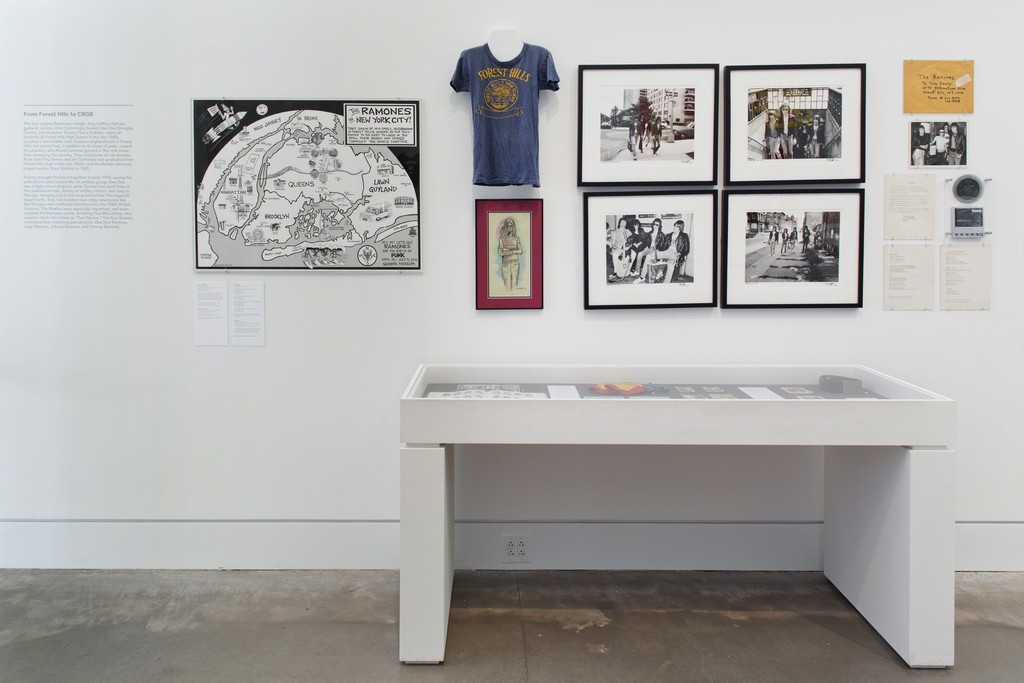 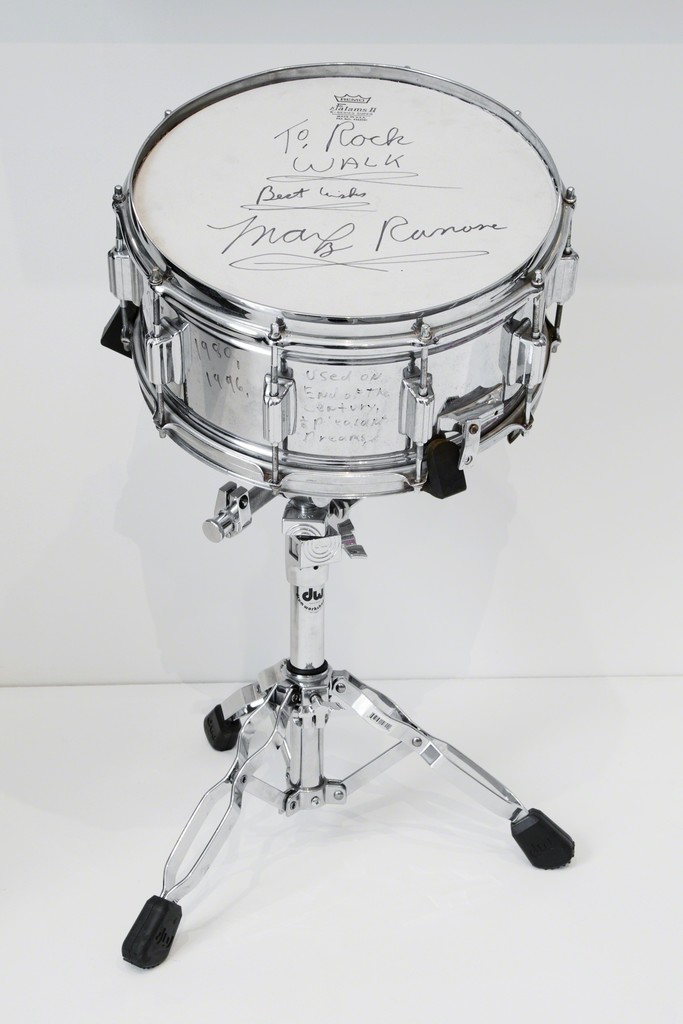 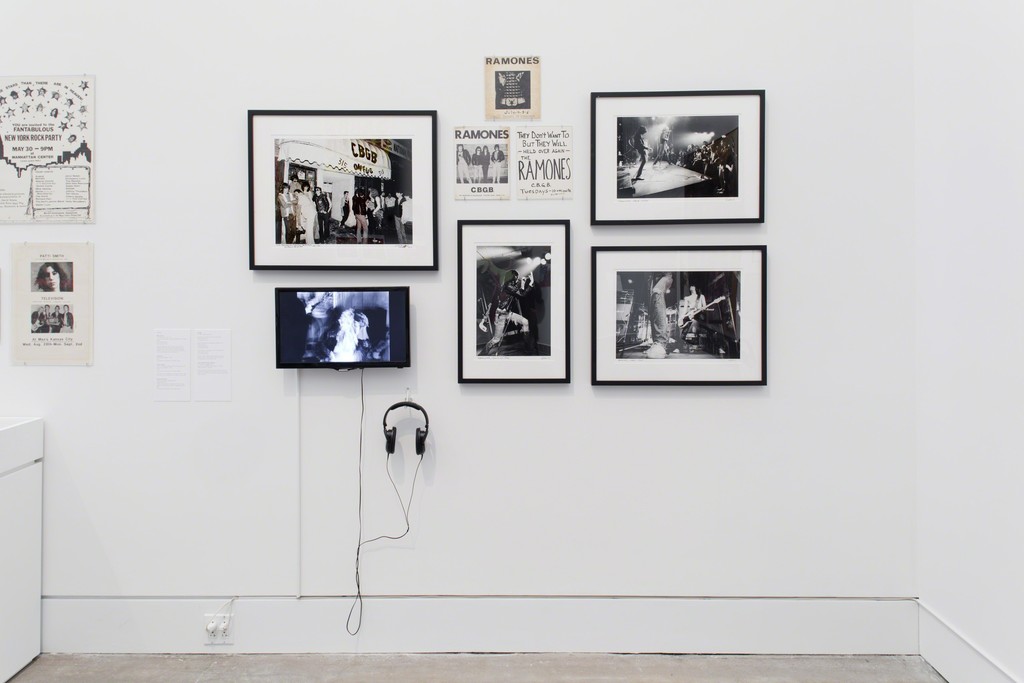 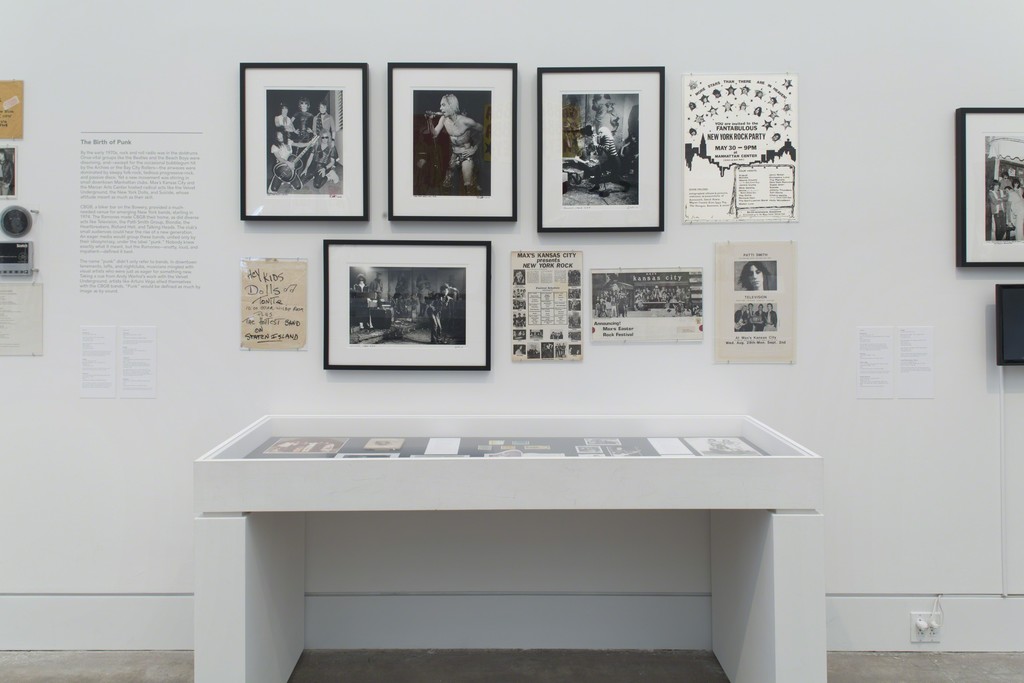 Hey! Ho! Let’s Go: Ramones and the Birth of Punk
On view: April 10 - July 31, 2016
On the 40th anniversary of the release of the Ramones’ first album, Hey! Ho! Let’s Go examines the group’s roots in Queens and reveals their ascendancy in both music and visual culture, documenting their lasting influence on music, fashion, fine art, animation, and film. The show is organized under a sequence of themes — places, events, songs, and artists. Representing the musicians’ Queens upbringings and their transformation from John Cummings, Jeffrey Hyman, Douglas Colvin, and Thomas Erdelyi into Johnny, Joey, Dee Dee, and Tommy Ramone.

The exhibit includes over 400 items, including work by renowned artists including Danny Fields, David Godlis, Arturo Vega, and Roberta Bailey. As well as flyers and press materials from early in the band’s career, personal photographs and clothing, and entire walls of the band’s album covers and merchandise.

The presentation of Hey! Ho! Let’s Go: Ramones and the Birth of Punk at the Queens Museum is generously supported by Delta Air Lines, the official airline sponsor of the Queens Museum. Queens Museum is also grateful for the support of Annette Blum, Fred Heller, the New York City Department of Cultural Affairs, and New York State Council on the Arts with the support of Governor Andrew Cuomo and the New York State Legislature. Special thanks to the Estate of Joey Ramone and the Johnny and Linda Ramone Foundation. Production support provided by Pace Gallery.