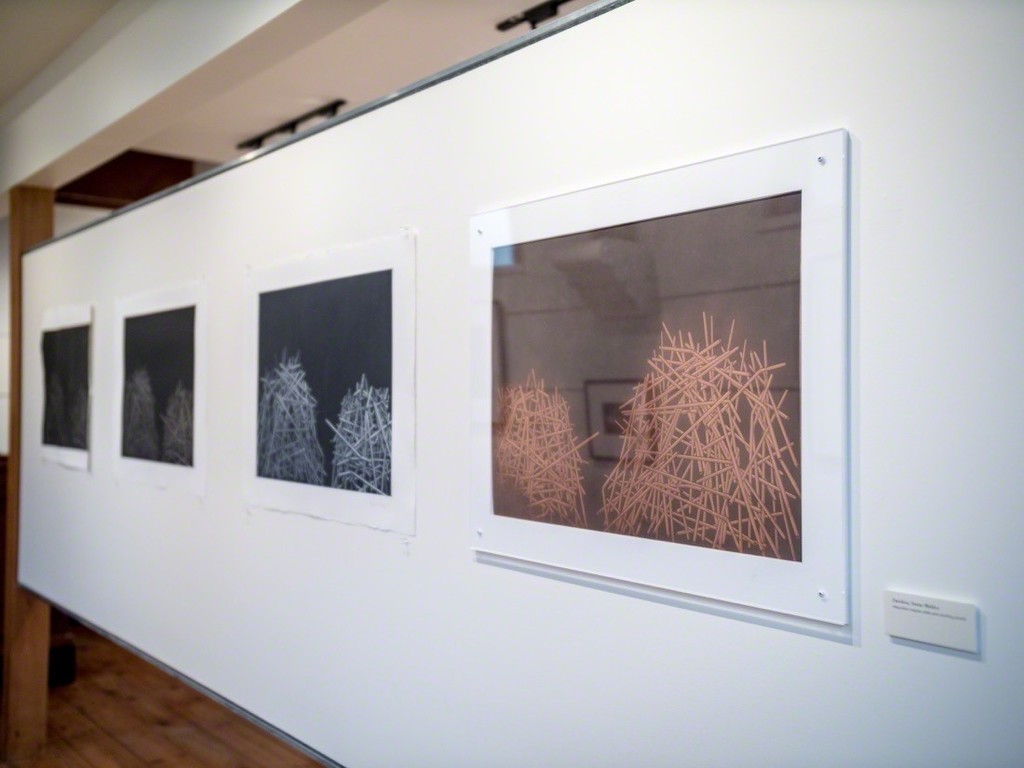 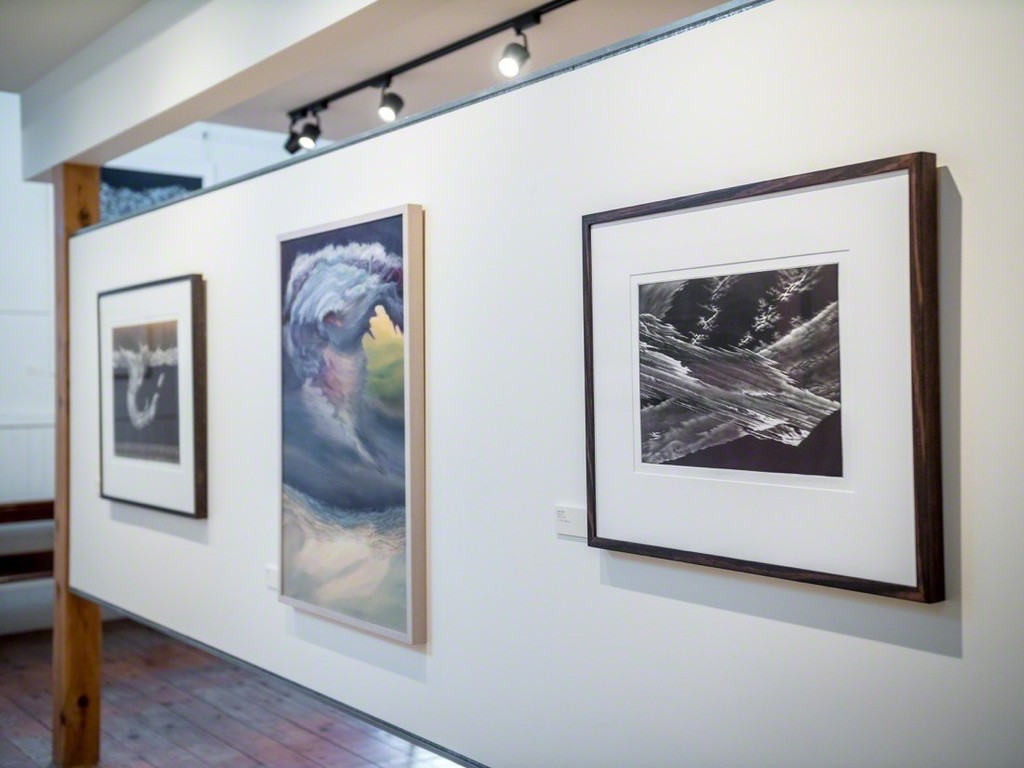 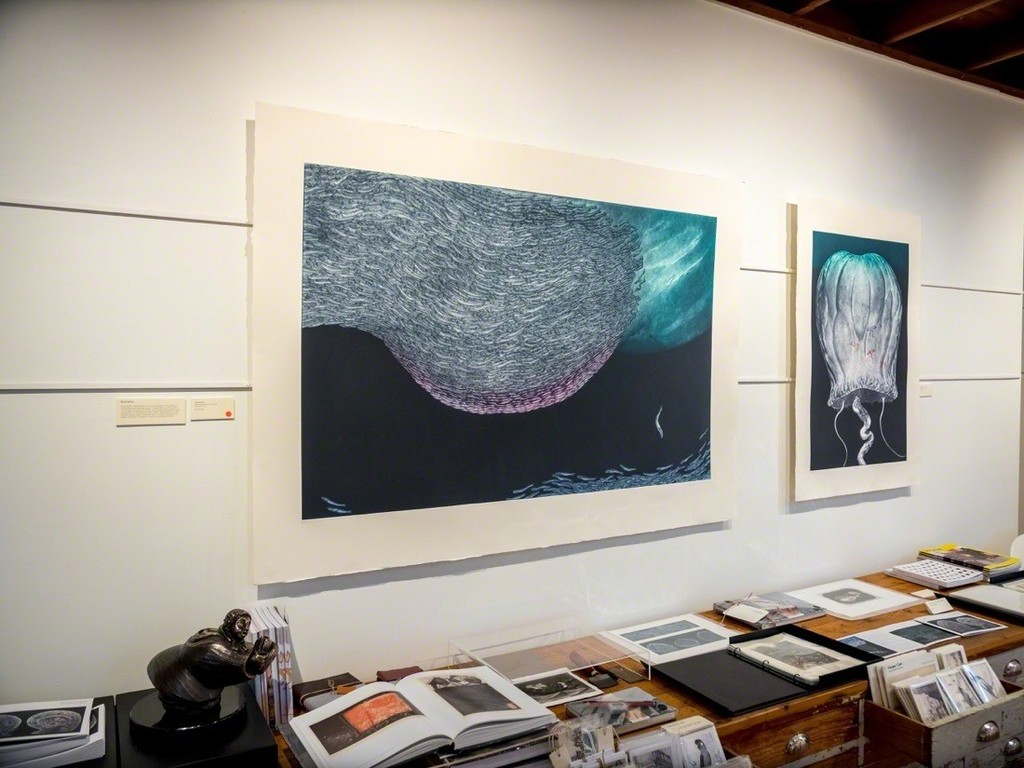 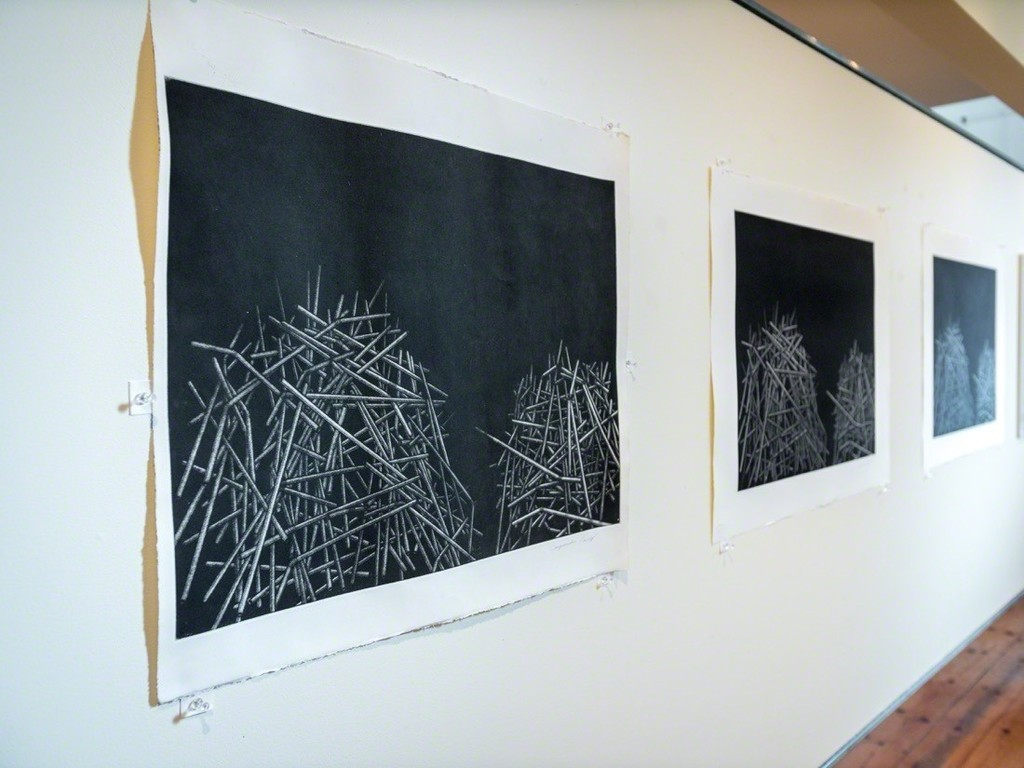 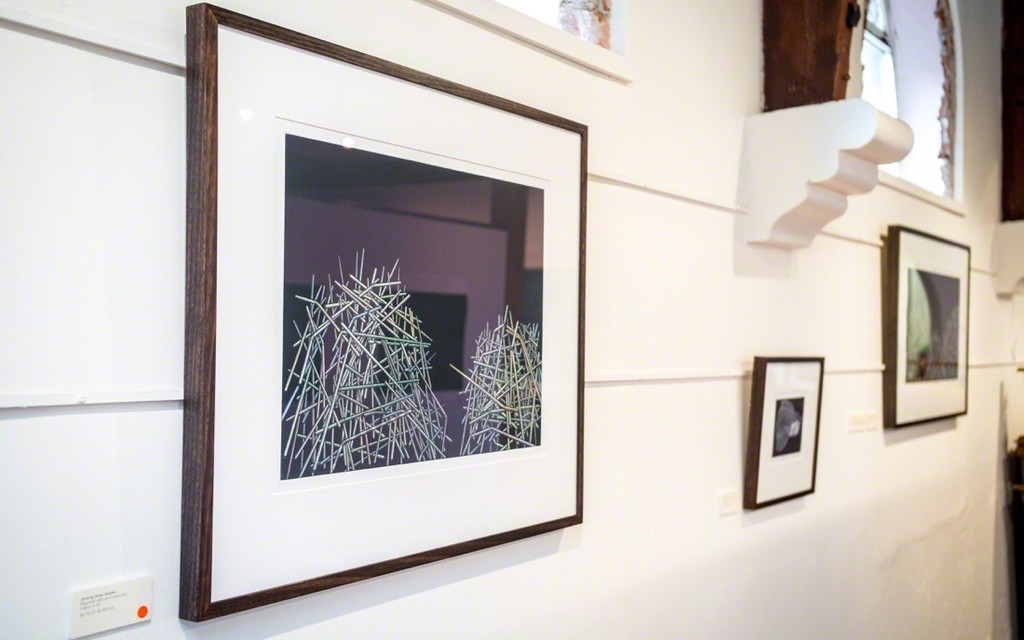 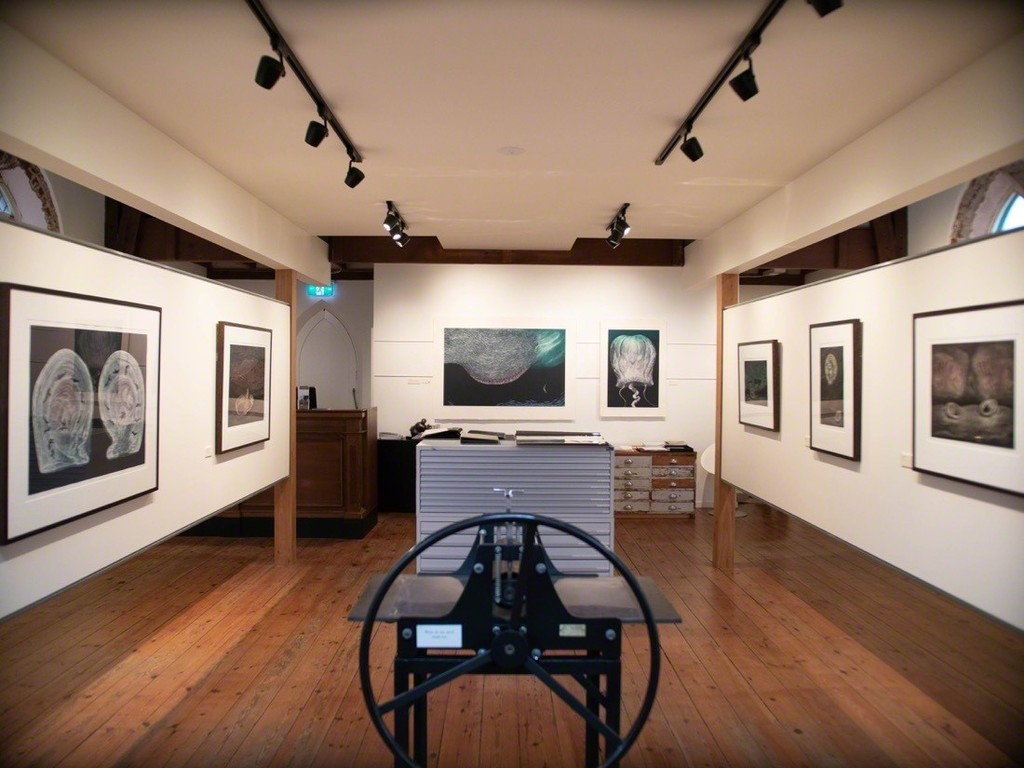 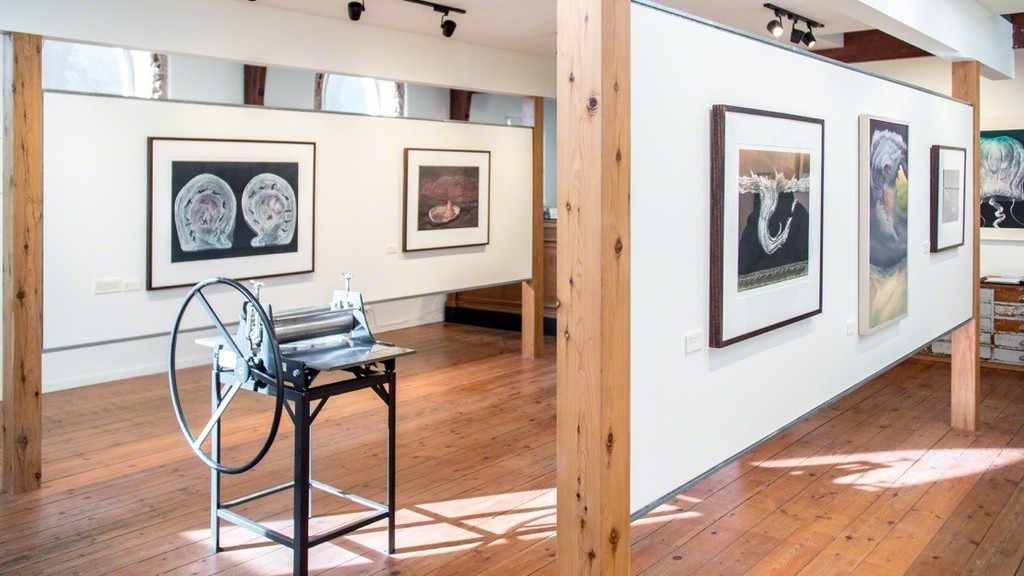 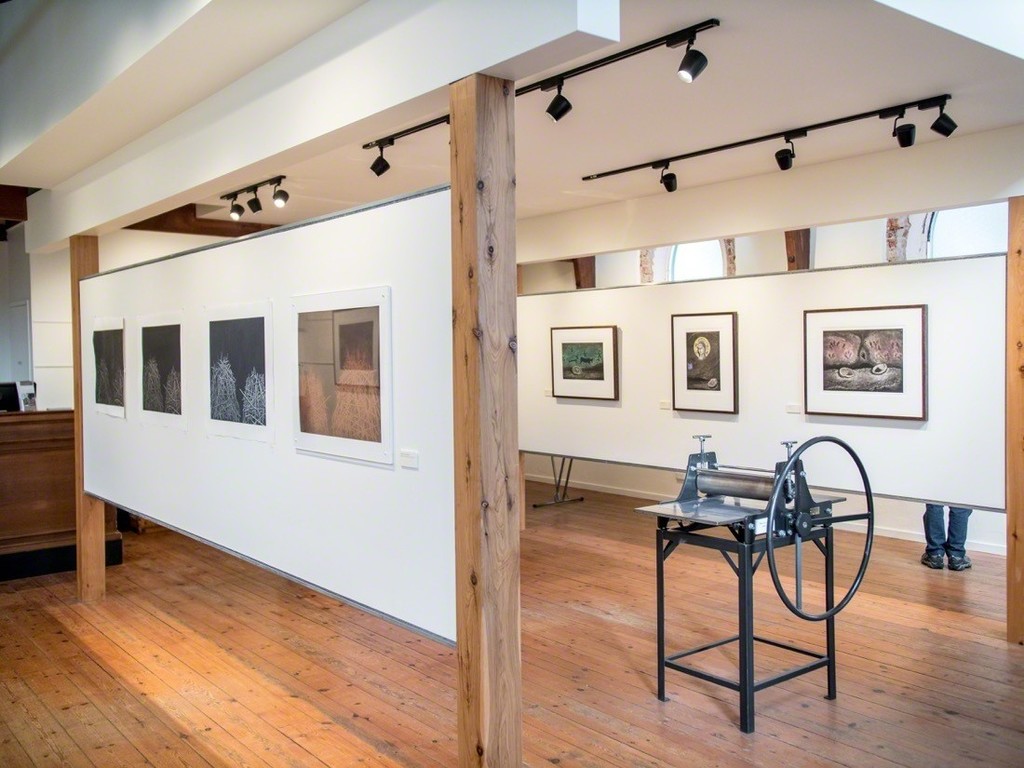 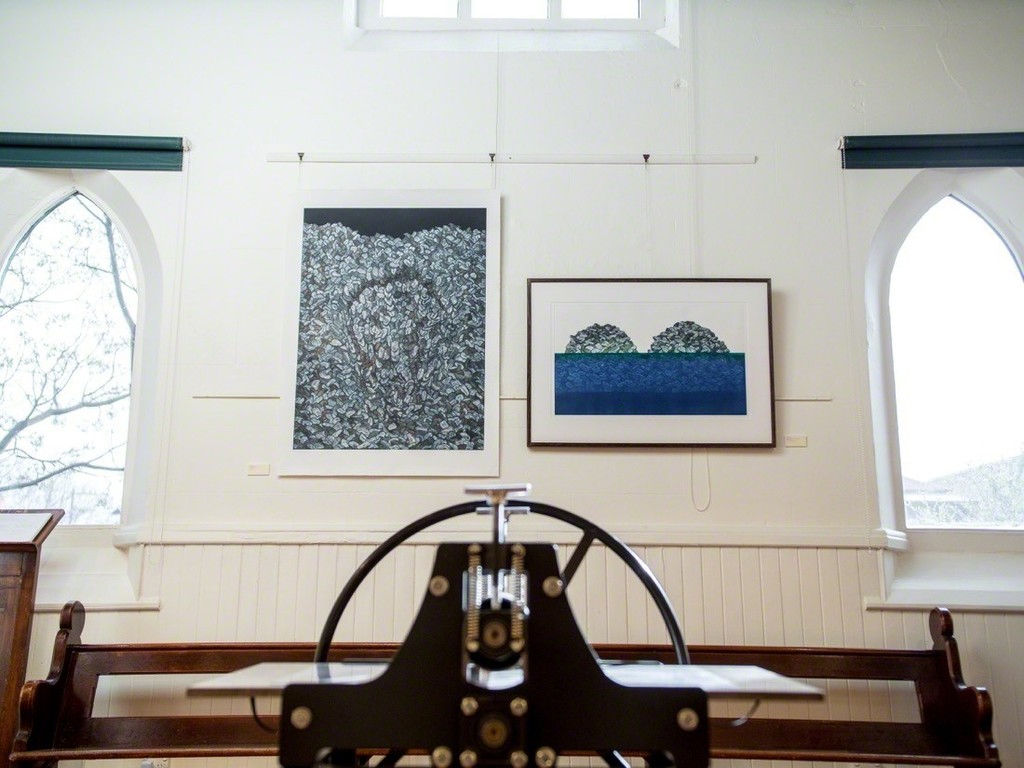 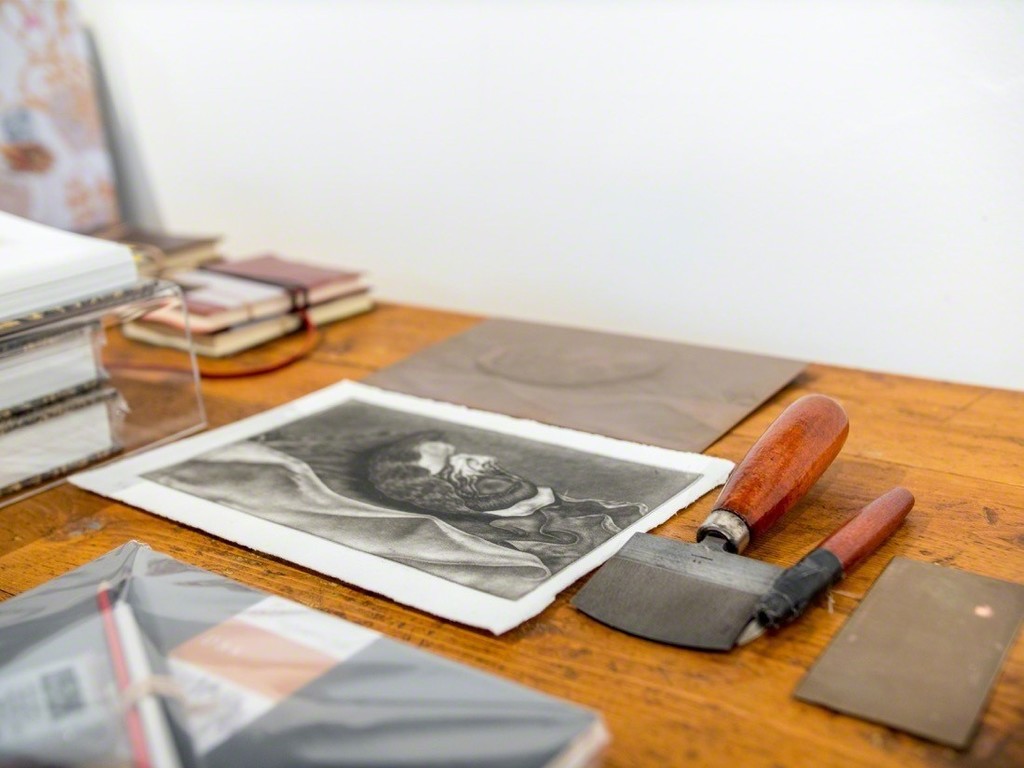 MEDIA RELEASE
For forty years Graeme Peebles has drawn out imagery from the velvety depths of the mezzotints he so richly renders, and from the recesses of his fertile imagination. In doing so he has developed an aesthetic and conceptual approach to art making that stands alone in the spectrum of contemporary Australian art. This is founded upon his unique combination of exquisite detail and technical refinement, with a powerful, at times playful visual vocabulary of natural and manmade elements.

This exhibition presents recent works alongside a selection of important earlier pieces, which traverse themes that have long pervaded his practice. Namely, notions that relate to time, nature, human existence, and the development of art.[1] These ideas are expressed through a distinctive symbolic language he has developed over his career, with certain subject matter repeatedly represented in various arrangements via mezzotint printmaking – a technique that is mastered by only a handful of Australian artists.

While dialogue about printmaking as an art form can become overly focused on an explanation of process over content, the medium of mezzotint warrants some discussion here for those who may be unfamiliar with it. It is technique not widely practiced, yet one that has been mastered by Peebles to the extent that he is regarded as Australia’s pre-eminent senior artist in this field. The fact of mezzotint’s underutilization is possibly due to its rigorous, time-consuming and exacting nature. For example Peebles takes between 1-1.5 years to create each print.

The first step involves roughening the surface of a copper or steel printing plate through rocking a toothed metal tool over it repeatedly, until a consistent texture is created. Each of the innumerable tiny indentations holds ink when printed, so if the plate was inked and printed at this point a solid even tone would be created. The artist then burnishes or rubs down the roughened surface to varying degrees of smoothness to reduce the ink-holding capacity of these areas, thus creating tonal variation between light and dark to make an image. Peebles heavily rocks his plates to allow for greater variation of tone to be achieved when burnishing, extracting images from the plate in a process that is almost sculptural in its physicality. The plates are then expertly printed by Master Printer Bill Young, who has been working with Peebles for over 30 years.

Peebles harnesses the visually seductive qualities of the medium to great effect. One of the subjects that best expresses this and which features in the current exhibition, is his phantasmagorical depiction of jellyfish.
The variations in tone that form their quasi-transparent bodies are perfectly suited to the visual qualities afforded by the mezzotint medium, where Peebles creates subtle tonal shifts with infinite skill and control.

Peebles was first introduced to Martin’s mezzotints in the Print Room of the Victoria and Albert Museum in London, back in 1977.

Evoking an intersection between time, humanity, art and nature, Peebles does not shy away from vast themes. Tempered with a hint of playfulness, these profound notions are expressed with supreme technical prowess that encourages a sustained engagement with his work. This exhibition provides the opportunity for a renewed focus on the work of a contemporary Australian master.
— Marguerite Brown MA ArtCur