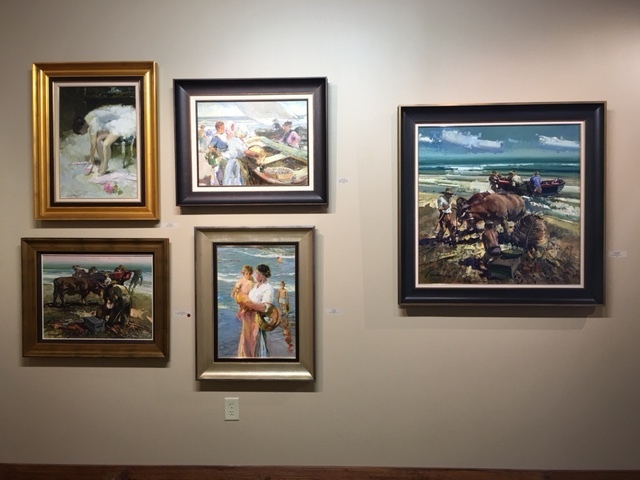 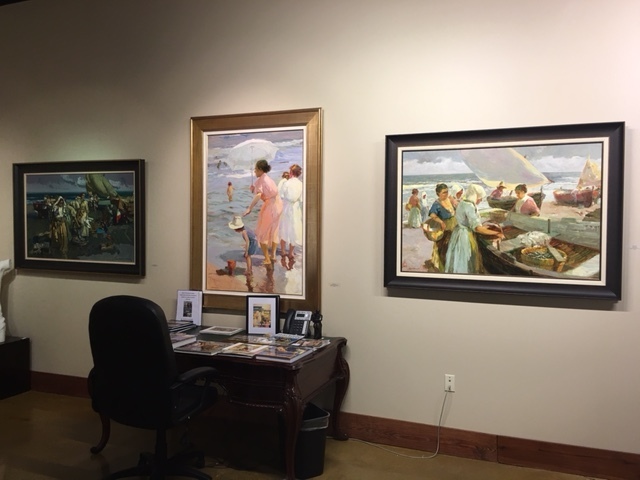 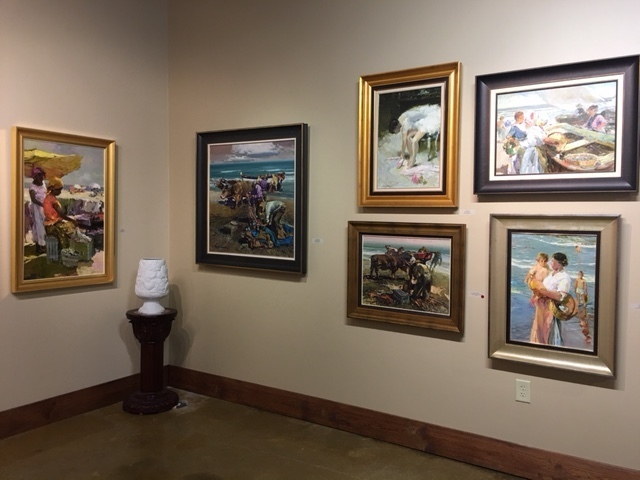 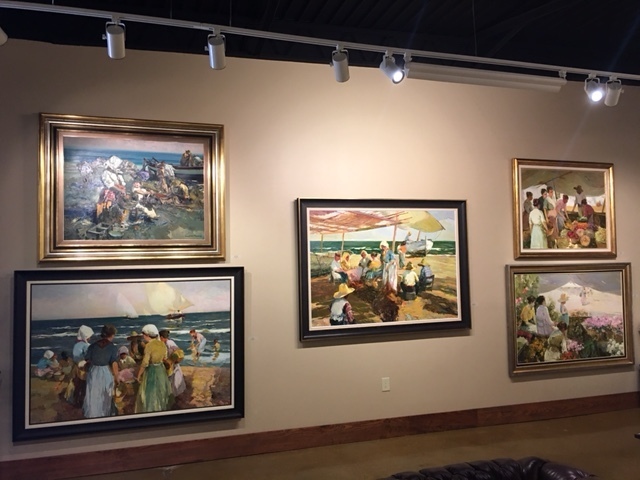 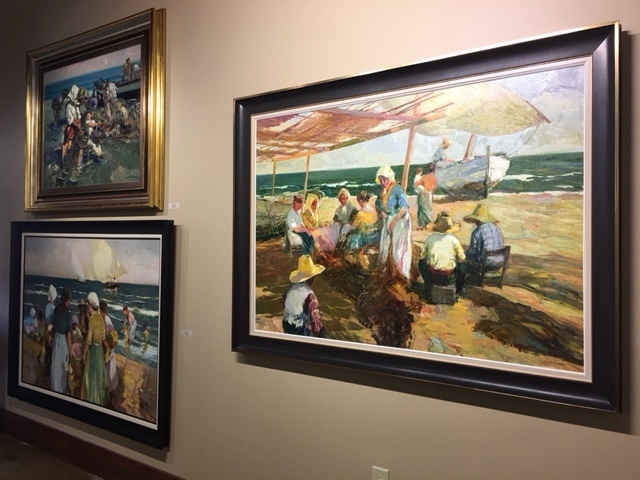 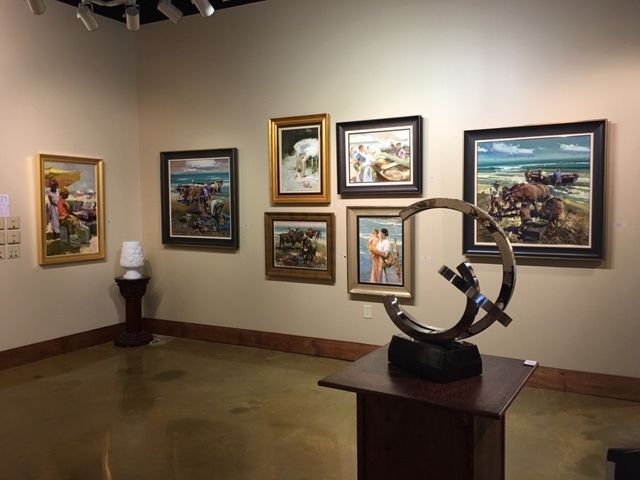 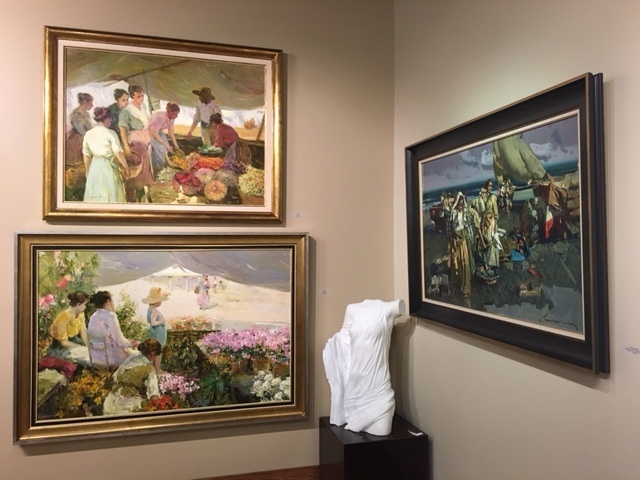 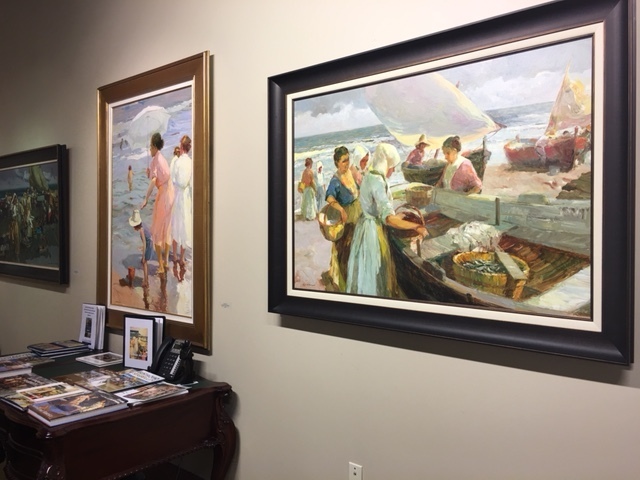 Atlanta, Ga. – February 6, 2016– Inspired by the recent publication of The Valencian Tradition: Joaquín Sorolla, Giner Bueno, & Eustaquio Segrelles, R. Alexander presents an upcoming exhibition of works by Valencian artists Giner Bueno and Eustaquio Segrelles. Both artists will showcase their ability to render light in traditional Spanish coastal scenes and landscapes. The show will be on display at R. Alexander from March 7 – 28, 2016. A special gallery lecture discussing the book and the exhibition will be held on Saturday March 12th at 3:30. Reception to follow from 4-6 pm.

The featured artists show both an appreciation for traditional landscapes while presenting unique interpretations of their environments. This trend was popularized by Joaquin Sorolla, a turn of the 20th century Valencian painter who rejected the popular trends of academic French Romanticism in favor of en plein air, or the method of painting outdoors. Eschewing the heavy use of symbols and stylization which characterized the major techniques of the time, Sorolla focused on the iconic sunlight that bathes his Spanish coastal hometown. Known as the “Valencian Tradition,” Sorolla helped to establish an appreciation for everyday scenes depicted in an Impressionistic style.

Though first realized by Sorolla, this technique did not dissipate with the stylistic transitions of the twentieth century. Contemporary painter Giner Bueno follows Sorolla’s lessons in light while maintaining his own unique style. Bueno, also raised on the eastern Spanish coast, learned the Valencian Tradition from his father. The focus on local people navigating regional Valencian towns offers nostalgia for the past, while the iconic sunlight effect gives his paintings a sense of current movement. This focus on light enables Bueno’s paintings to suspend specific time periods and instead focus on the transience of a moment.

Fellow Spanish painter Eustaquio Segrelles also shares an appreciation for the realities of the Valencian lifestyle. He too hails from an artistic family and learned to capture light and the progression of everyday life in his hometown. Also unconstrained by specific time periods, Segrelles uses an Impressionistic style to give modern viewers a glimpse into traditional agricultural labor. All of Segrelles’ scenes are characterized by wide brushstrokes, attention to contour, and the iconic focus on light shared by his predecessor Sorolla.

The cyclical nature of art and the continuation of legacy reinforce the necessity to understand earlier painters in order to fully appreciate contemporary artists. Bueno and Segrelles continue the Valencian Tradition introduced by Sorolla, yet maintain their own individualized traits. Just like the sunlight is regenerated with each new day, so too are old masters revitalized within the styles of new generations.