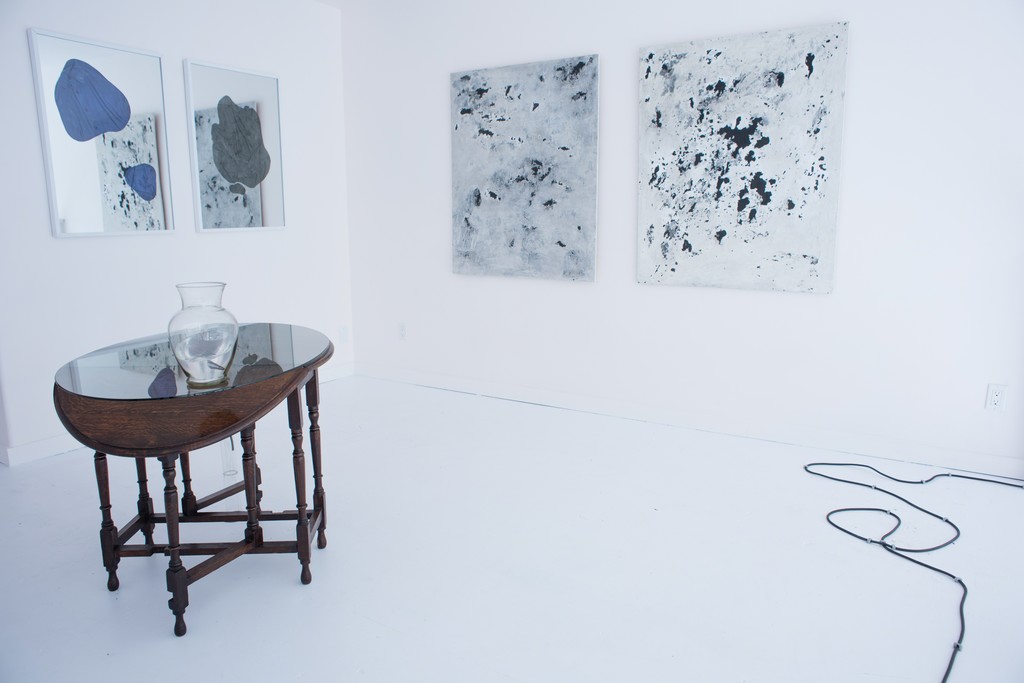 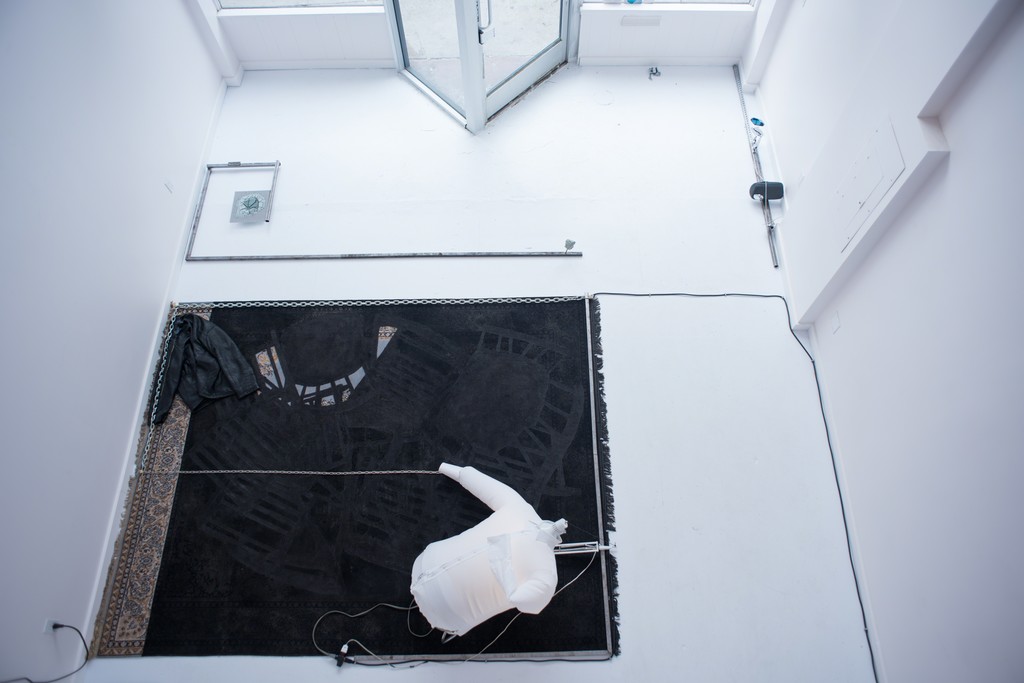 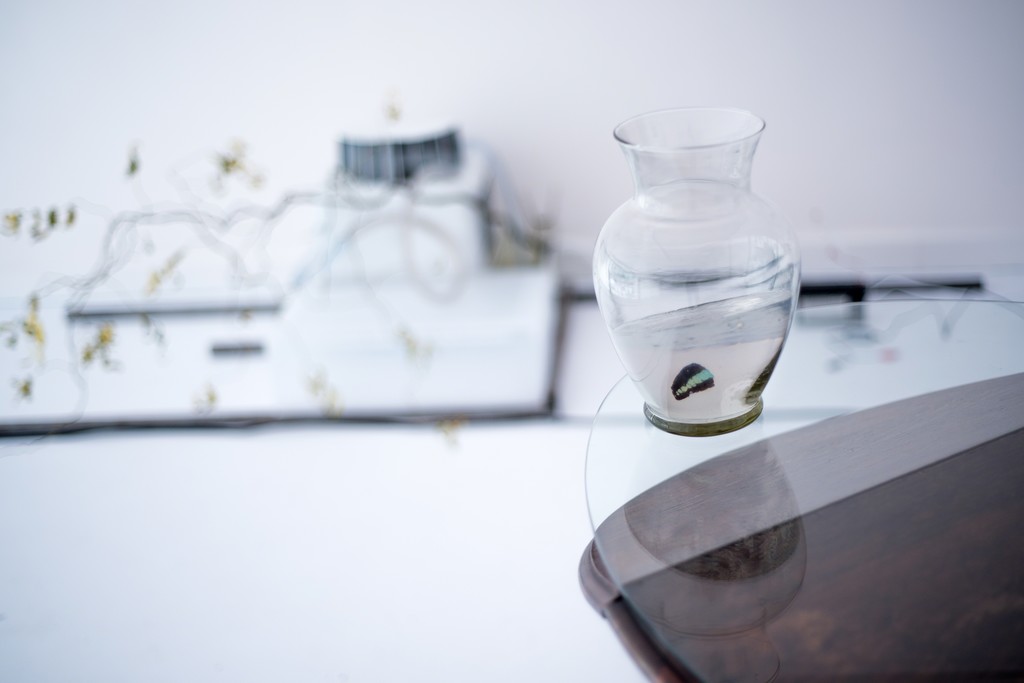 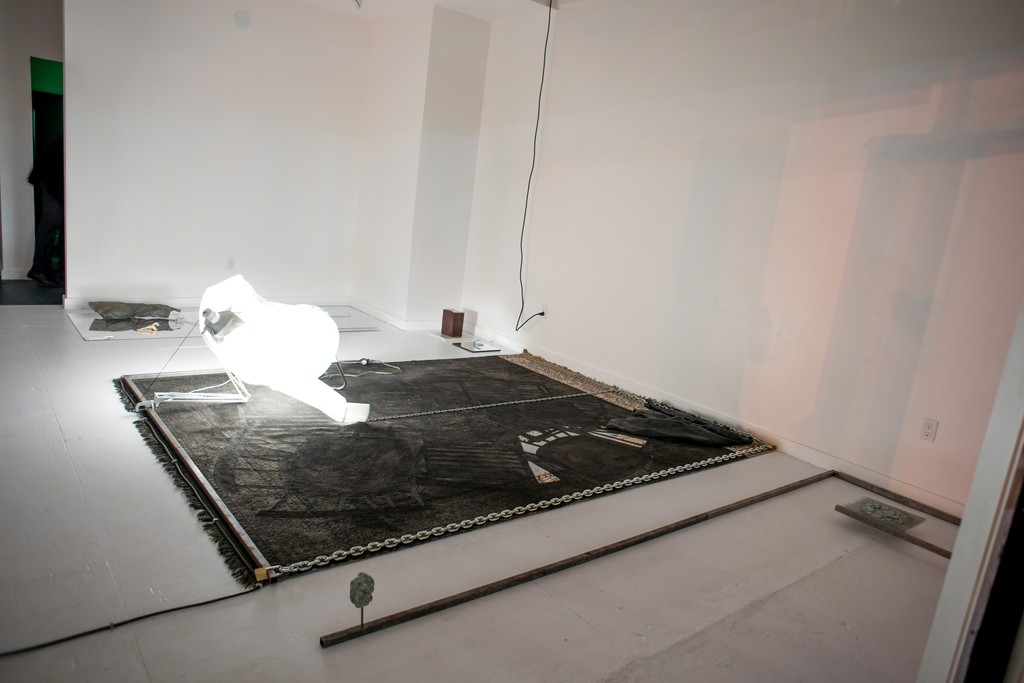 R/SF projects is thrilled to announce Full Moon in the Daytime, a solo show by San Francisco-based artist Tyler Eash. The exhibition will open with a reception December 9, 7-10pm at the gallery’s recently opened brick and mortar at 1050 Larkin Street. The show will remain on view through January 15, with open hours posted to the gallery’s website. The gallery will also hold a conversational roundtable and closing reception January 15, 5-8pm.

The symbol of the empty vessel has often signified both the capacity for plenitude and a waiting to be filled—a quintessential yin and yang fraught with tension yet predicated upon balance. Posing such tropes for dissection and contemplation is at the core of Tyler Eash’s latest body of multimedia works, a microcosm in and of itself which seeks to grapple with the human condition at large. Rife with a certain lightness of being, the works are as earnest as they are pressing—an exercise in art making for a higher power, and a meditation upon the soul.

Eash’s practice has been characterized by a quest to understand the beauty in truth, with early influences of the Arte Povera Movement and the Judson Church Group. Working across the realms of sculpture, painting, architecture, and performance, he has ardently investigated notions of ephemerality and mark-making; In Full Moon in the Daytime, Eash zooms in—continuing to compose as one makes prose, but with a renewed focus on the reality of impermanence, and the frivolity yet universality of the desire to matter. In his explicit choice to work with objects in this exhibition, he embraces their potentiality to inhabit a mediating third space, personify sentiment, and encapsulate action as physical artifact.

Split across the gallery’s two floors, Full Moon in the Daytime first presents a panoply of horizontal floor works in the gallery’s foyer before evolving into an assembly of elevated wall-mounted pieces in the gallery’s mezzanine (the two levels are physically linked via a series of cords live with electrical current). Utilizing a leather jacket, a persian rug, human ashes, copper wire, and a dried rose among his chosen media, Eash simultaneously exemplifies a material wheelhouse and installational restraint—his lyrical contribution to a world of excess. The exhibition also incorporates a number of mirrored works, themselves inherently reflective substances, signifying the impulse for introspection. Myriad items are one half of a pair (an eyelash, a butterfly wing), their presence inherently implying the absence of a counterpart, and among his menagerie of dyads up for consideration seem to be life vs. death, night vs. day, decay vs. growth, and ruin vs. monument. Finally, in Evidence of Subduction (2016), hand-refined serpentinite clay gathered from the site of tectonic subduction serves to embody the experience of outliving another, in this case, the artist’s loss of his older brother, to which this exhibition pays considerable homage.

It is through these pure, poignant forms of expression that Eash effectively unveils the poetic nature of the inevitable arcs of life, delving into the crux of dualism. As he navigates this fundamentally complex territory, an invitation is extended—the ability to live vicariously and to take part in the power of transference, the utter essence of art making.

Tyler Eash is a multi-media artist and architect living and working in San Francisco. Eash studied landscape architecture, choreography, and art at the University of California, Davis and his visual and performance works have exhibited throughout the Bay Area and New York. He was an artist in residence at the Shawl Anderson Dance Center (Berkeley, CA) as well as Safehouse Arts (San Francisco, CA). He is the Founding Curator of the #* Collective and has shown work at Movement Research at Judson Church (New York, NY). Recently his work was selected by Gensler Architects and Philippe Starck for the SLS Hotel collection in Las Vegas and he has contributed work to private collections. This is Eash’s first solo show with the gallery.