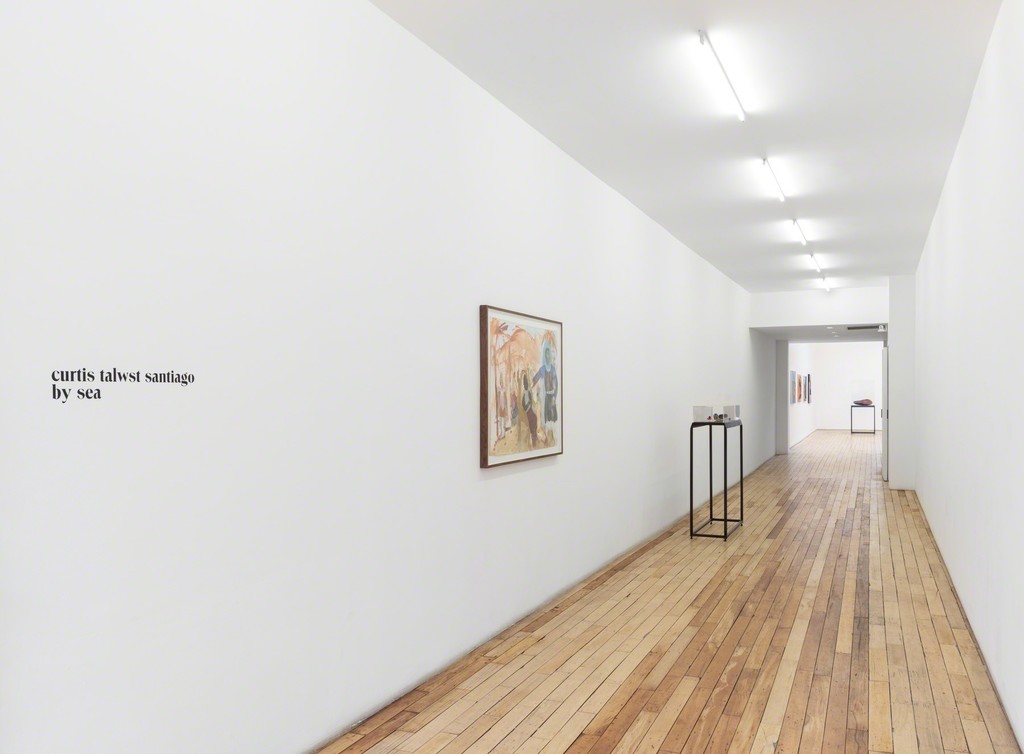 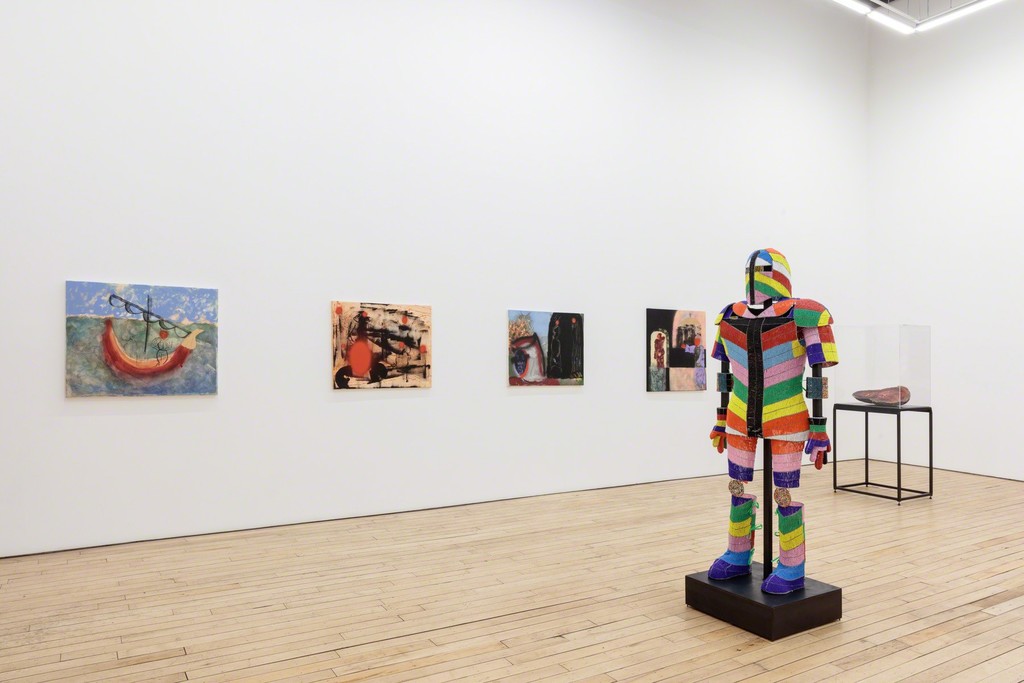 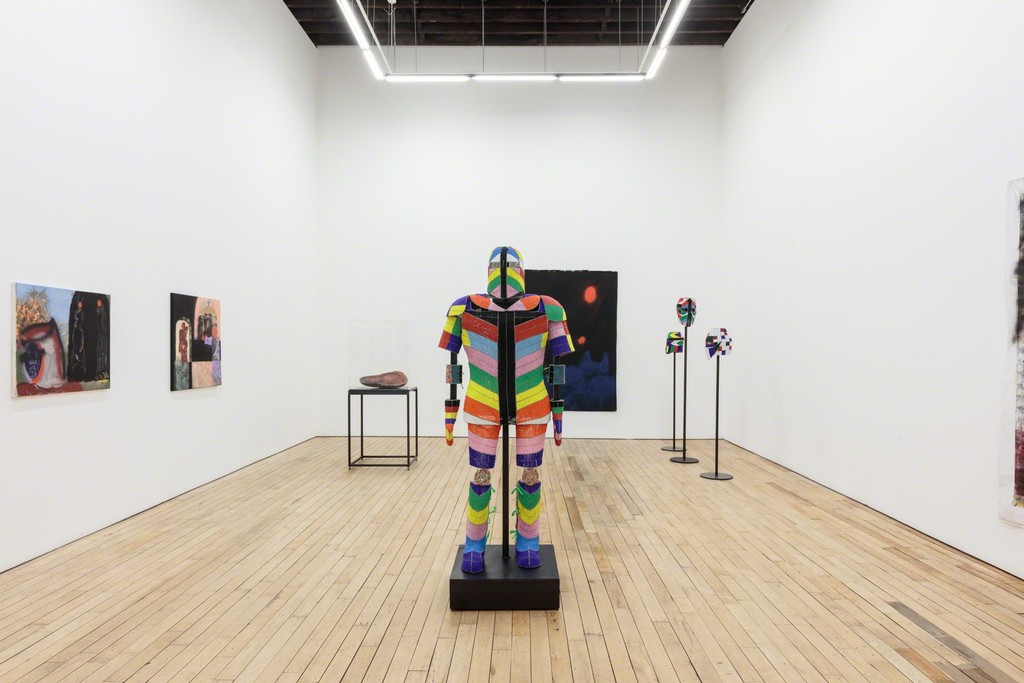 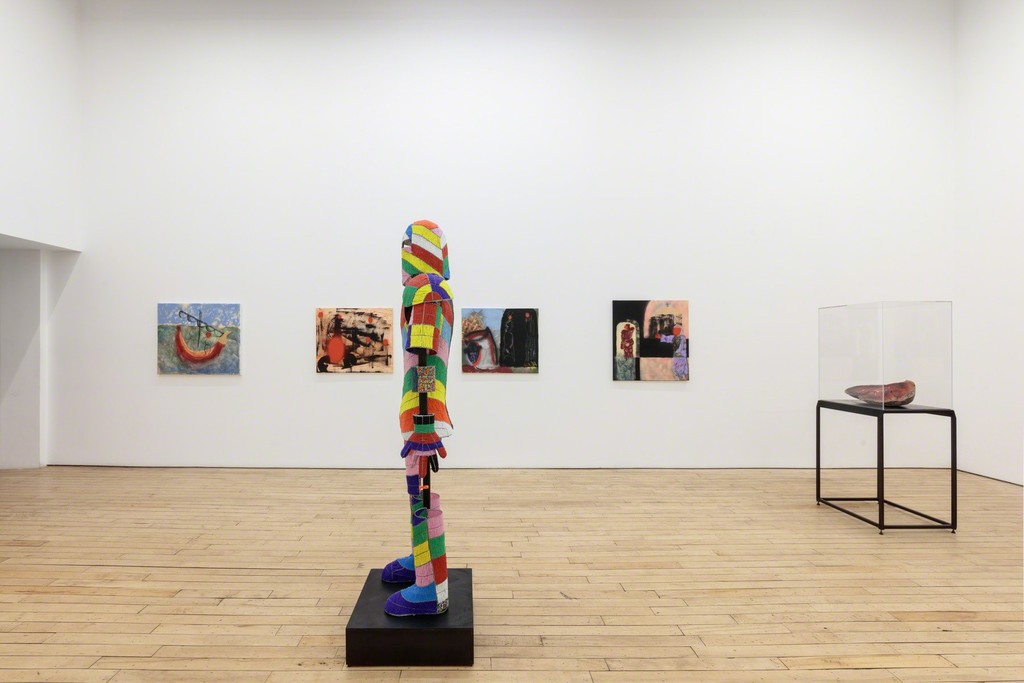 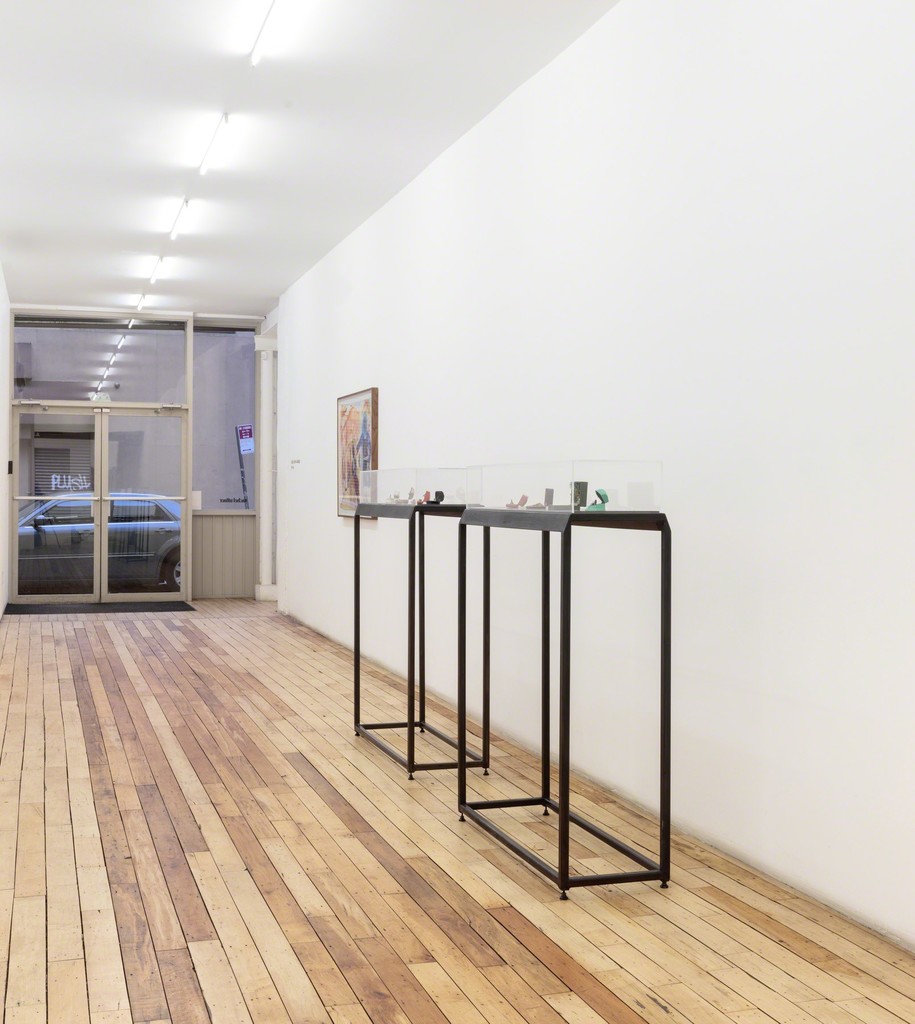 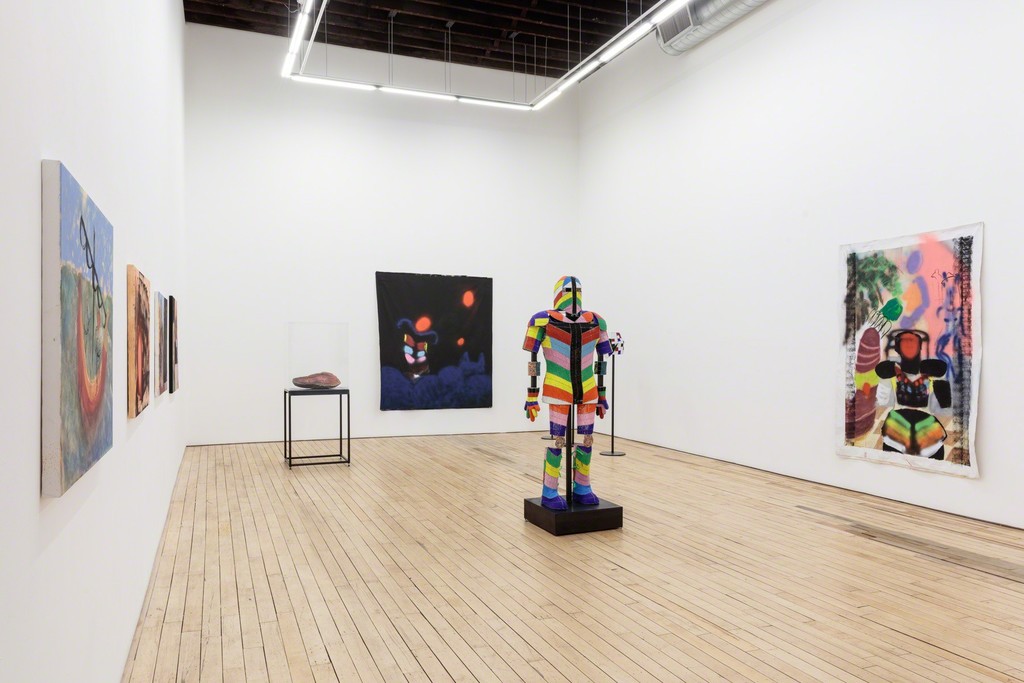 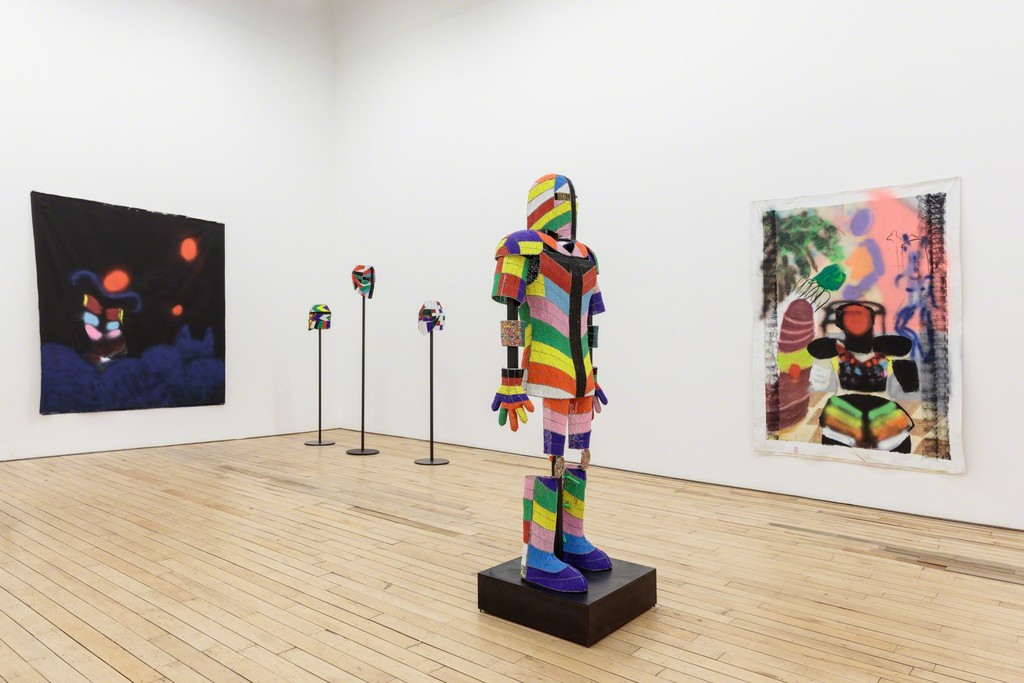 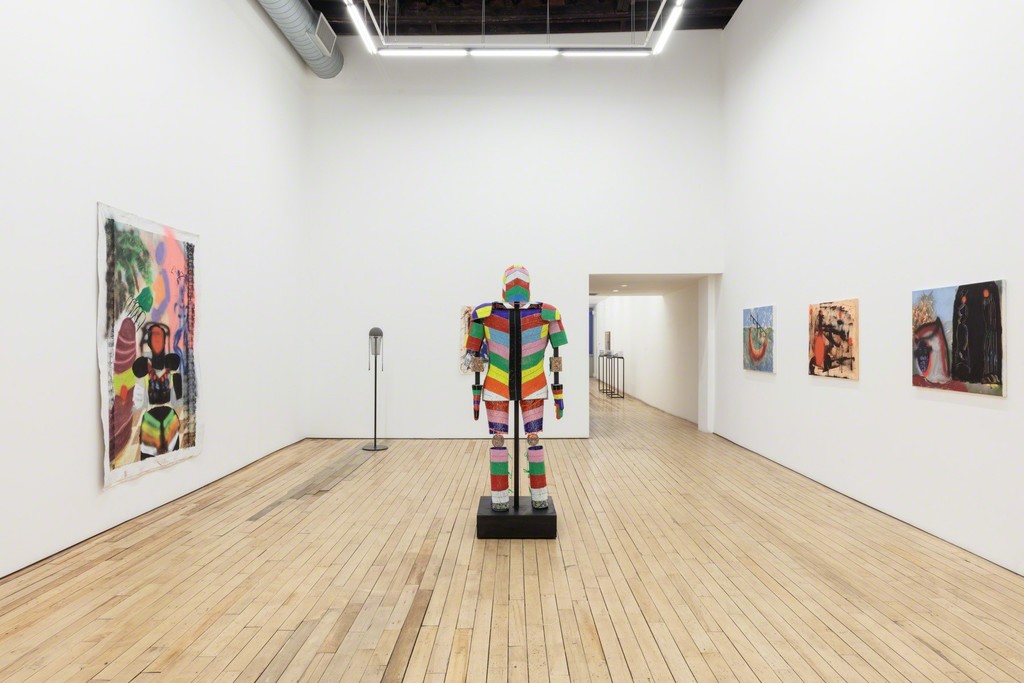 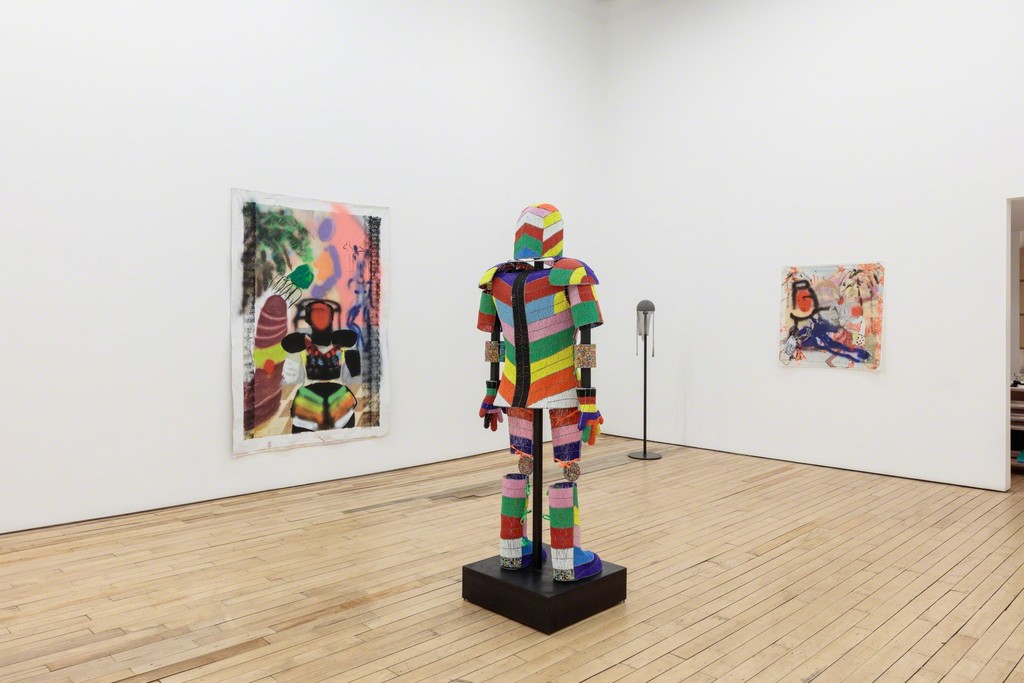 Rachel Uffner Gallery is pleased to present By Sea, a solo exhibition of new work by Curtis Talwst Santiago. This will be Santiago’s second exhibition with the gallery.

Born and raised in Edmonton, Canada, Curtis Talwst Santiago explores issues of transculturalism, memory, and ancestry in the contemporary Diasporic experience. In By Sea, the artist continues to consider the absence of certain narratives and the presence of others in dominant culture, and to question the means and production of our historical understanding. Santiago draws upon theories of genetic memory and ancestral imagination to reveal, open, and show alternate histories and narratives. Following his subconscious, Santiago allows his imagination and intuition to guide him to serendipitous moments in both space and time that resonate with ancestral vibrations.

In developing the works in By Sea, Santiago was particularly drawn to the representations of an African Knight in everyday life in Renaissance Portugal, such as the Knight depicted in the painting Chafariz d'el Rey, c. 1570-80 by an unknown painter. Santiago was also inspired by the whimsical tradition of 17th century Capriccio landscape paintings, where a mixture of real and imaginary features share the same fantastical space.

In By Sea, the history and story of the Black Knight that figured in several Renaissance paintings and literary accounts is re-imagined in Santiago’s signature, hand-held dioramas and contemporary tableaus of spray paint, oil, charcoal, and pastel on canvas. As Santiago blurs recorded past with an imagined ancestral past, he creates his own visual history of unknown ancestors and predecessors. Santiago's assemblage of a handmade, full suit of armor, full chain mail, and a beaded knights helmet become the imagined archeological artifacts for his tableau of the life of the black knights depicted in his paintings and drawings.

We acknowledge the support of the Canada Council for the Arts, which last year invested $153 million to bring the arts to Canadians throughout the country.