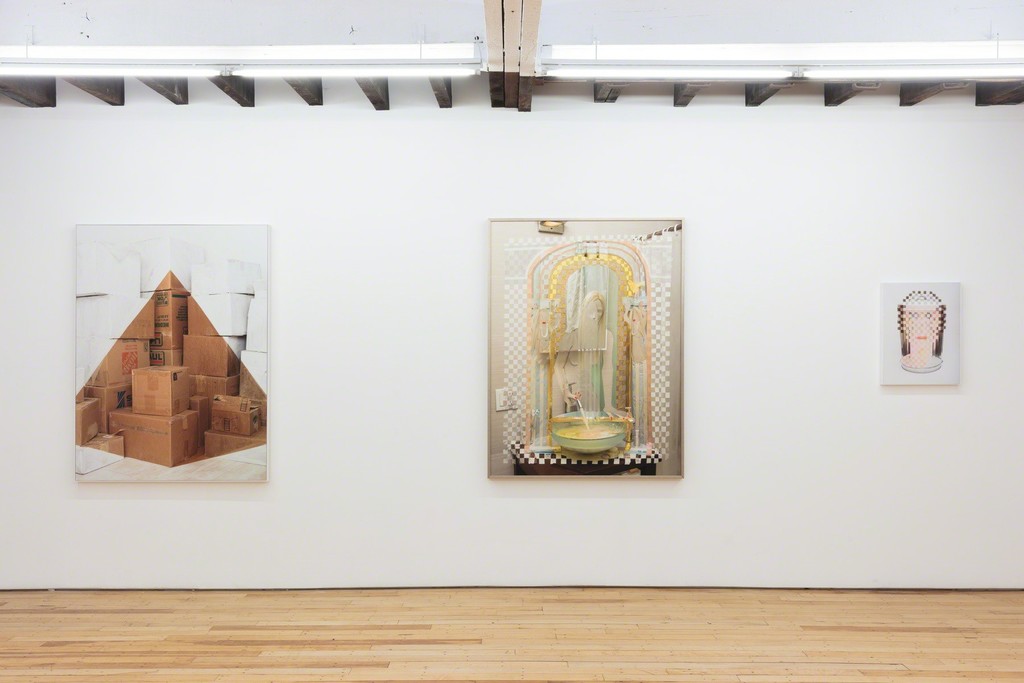 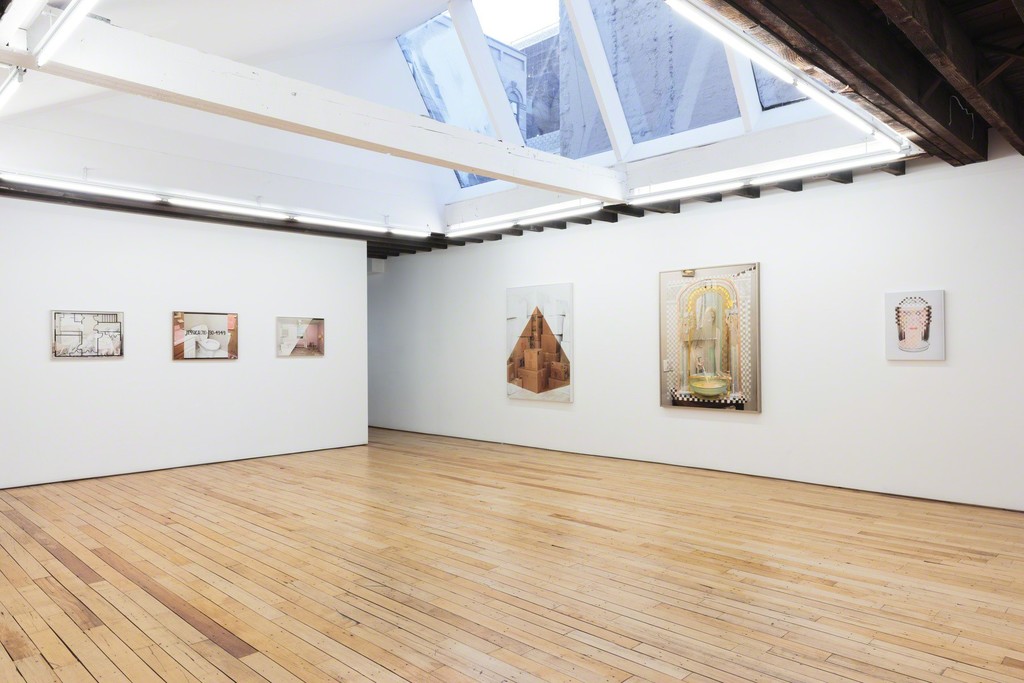 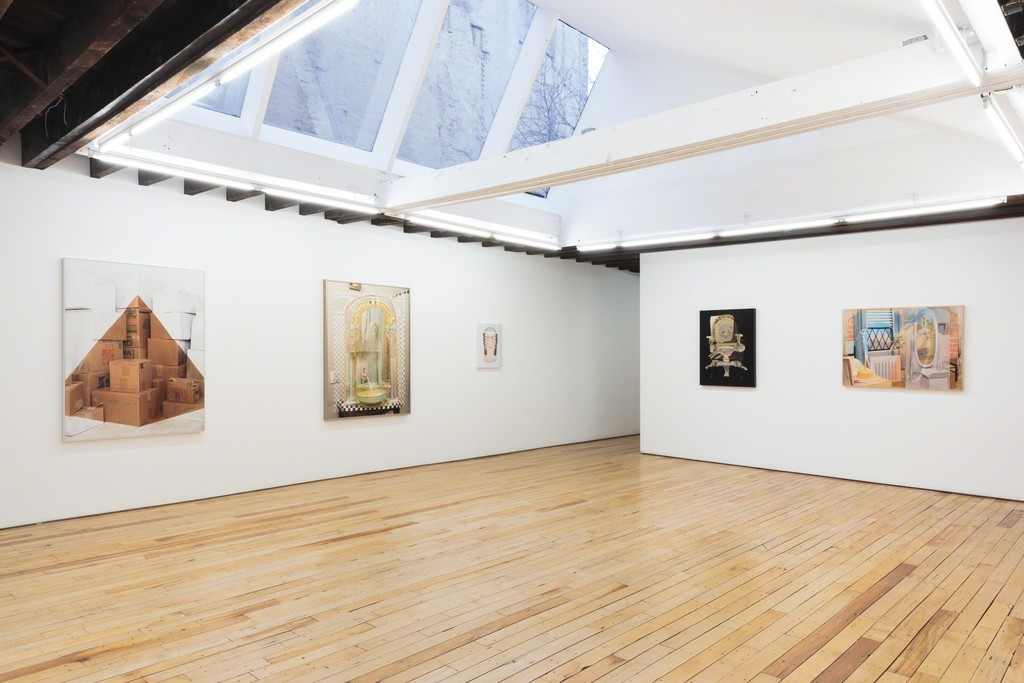 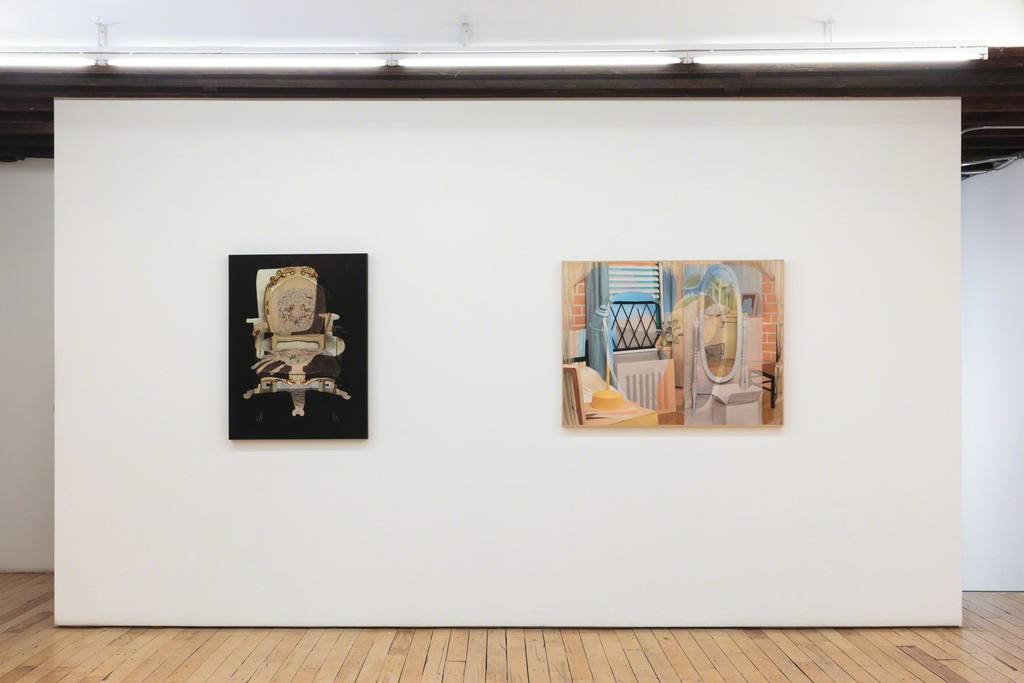 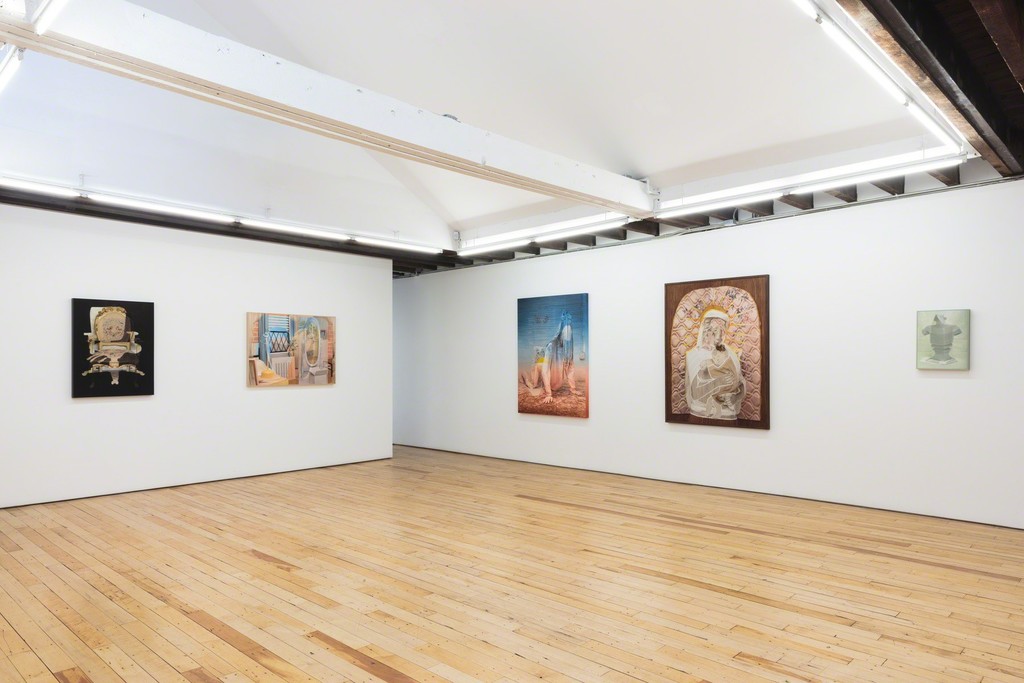 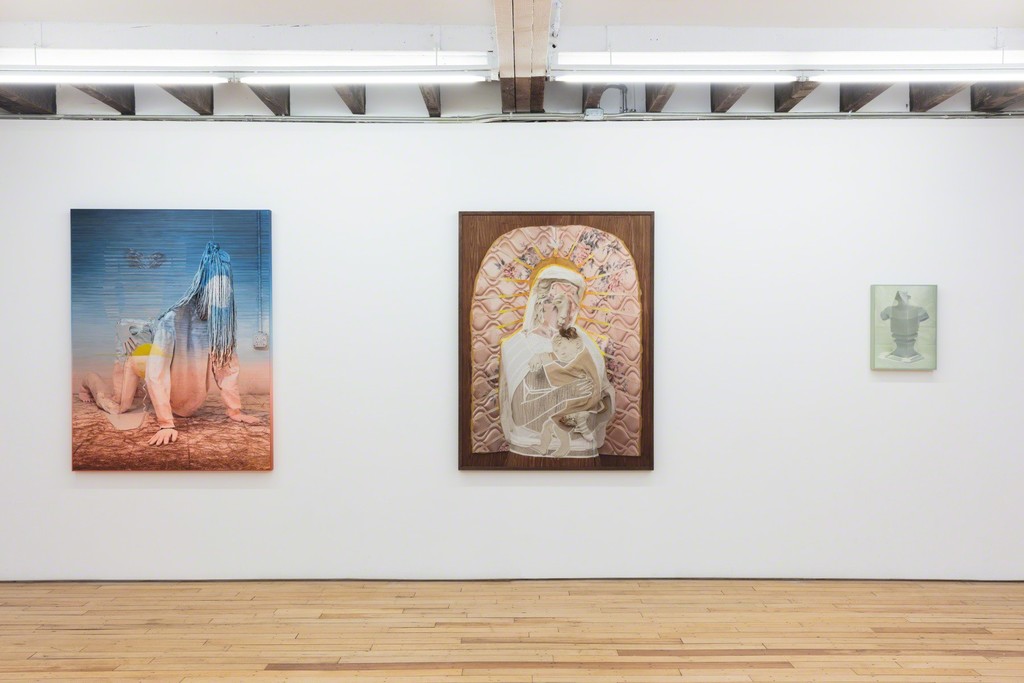 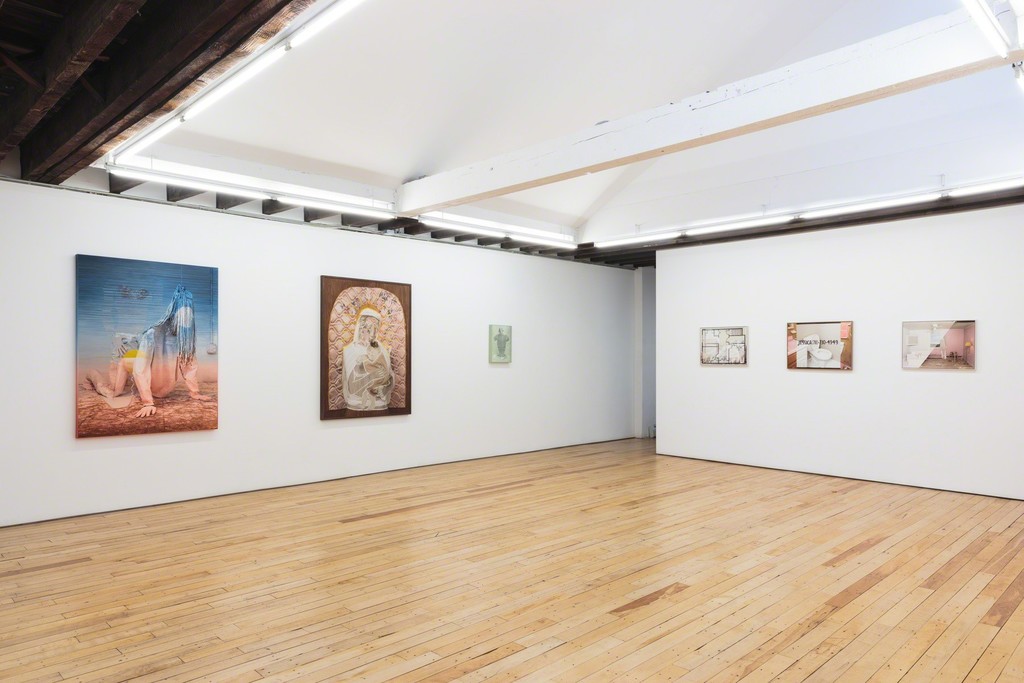 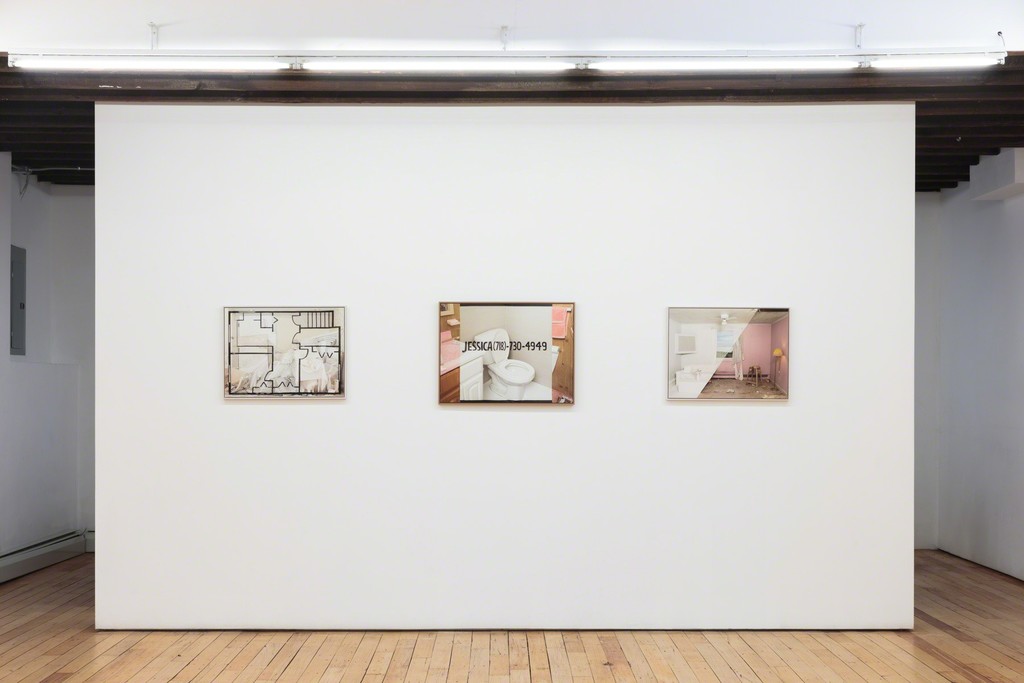 The works in this exhibition are inspired by images of virtually staged homes, particularly those found on New York City real estate websites. In contrast to the digitally altered source material, Granofsky’s photographs are created entirely in-camera without any post-production editing techniques. Using materials such as paint, charcoal, and tape, Granofsky draws directly onto the surfaces of architecture, furniture, and household objects. Marks are positioned to blur the foreground with the background, creating a sense that the final photograph has been painted over—when it is actually the space itself that has been manipulated.

Referring to the familiar ordeal of searching for a place to live, the title House Hunting also alludes to the process of viewing the work itself. One must carefully investigate the picture plane in order to grasp the dimensions depicted and to piece together a narrative from the various objects and bodies before them. The imperfect construction of the pictures — the evidence of the artist’s hand — is a reminder of the deceptions endemic to photography, and of the fallibility of perception more generally.

These photographs are not intended to trick the eye so much as to slow down the viewing process. The work encourages one to linger over details and engage in a way that is antithetical to the everyday consumption of digital images. Similarly, by getting us to look carefully at the spaces we inhabit, Granofsky’s photographs force us to reexamine our casual relationship to the homogeneity that defines contemporary domestic life.

Rachel Granofsky (b. 1980, Montreal, Canada) received her BFA in Photography from Pratt Institute, New York, in 2003 and her MFA from California College of the Arts, San Francisco in 2013. She has exhibited in group shows in South Africa, Germany, Sweden, Canada, the U.S.A. and Brazil, and was awarded artist residencies at Lighthouse Works (2018), Ox- Bow (2017), Skowhegan School of Painting and Sculpture (2015) and Greatmore Studios, South Africa (2011). Rachel is currently an artist in residence at the Drawing Center’s Open Sessions program in New York City. She teaches photography at Parsons School of Design and leads art workshops for incarcerated youth on Rikers Island.