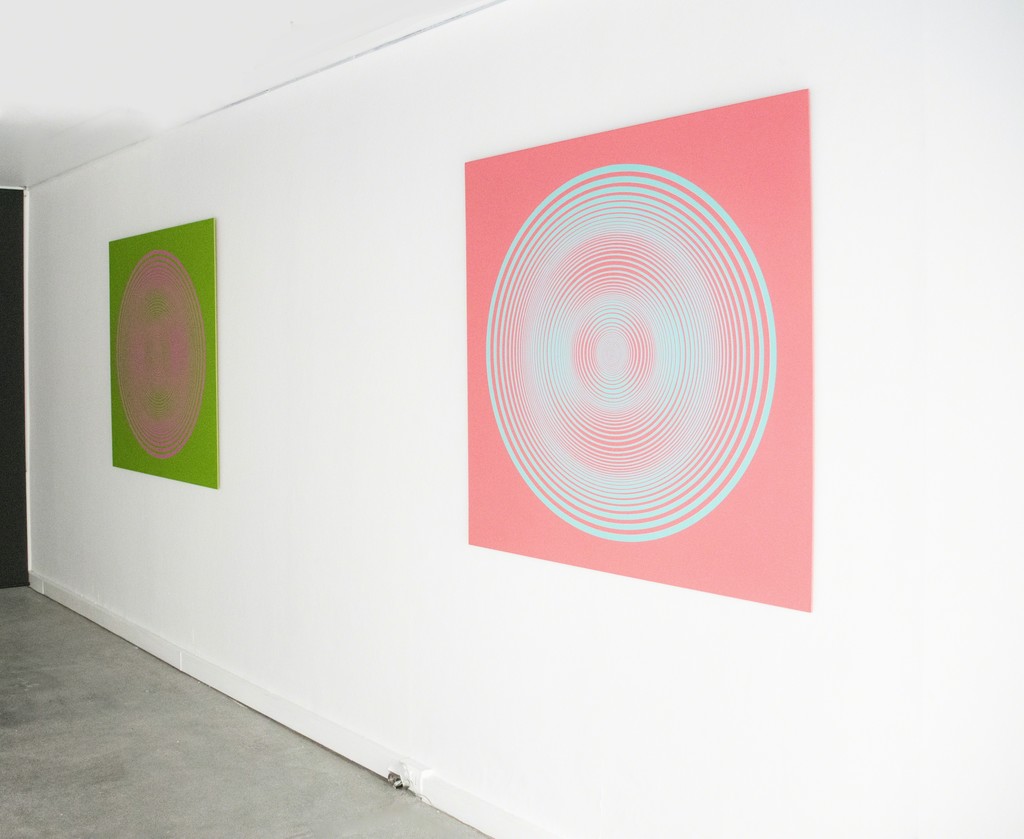 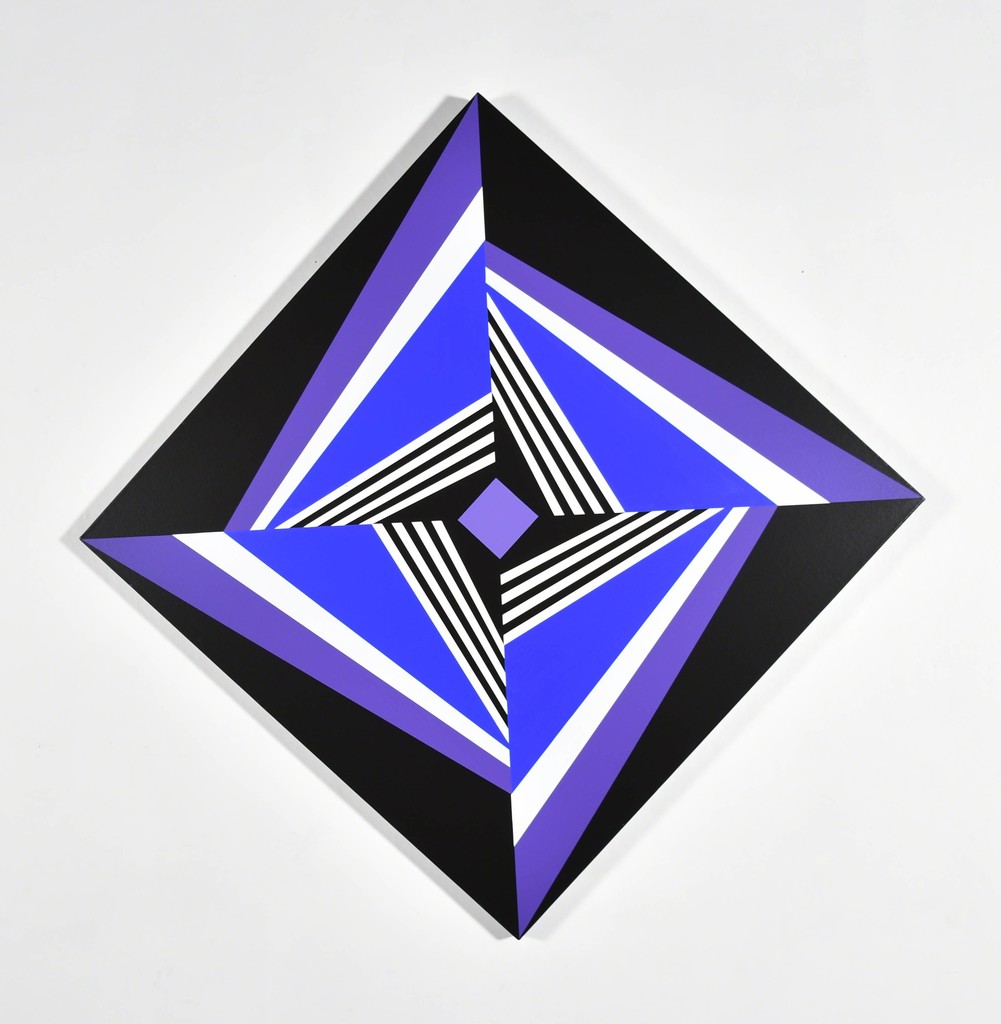 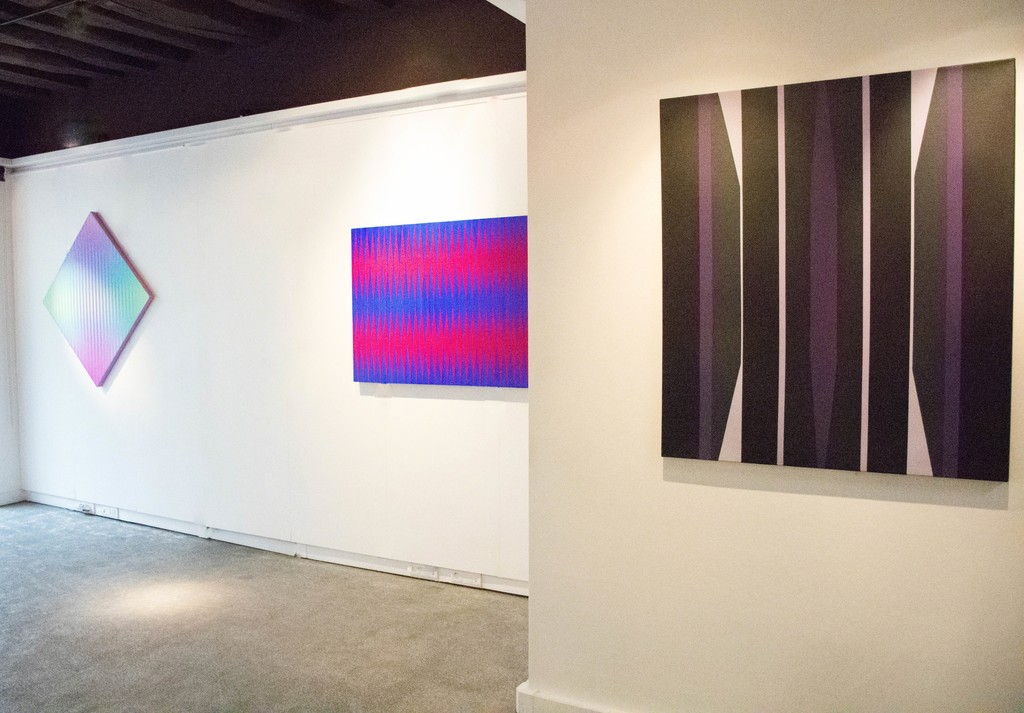 RCM Galerie is pleased to present the exhibition Francis Celentano: Ambiguity and Tension.
Open from September 13 to October 25 2018, the show marks the first collaboration between the gallery and the Estate of the late artist (1928-2016), one of the main proponents of Op Art in the United States and a leading geometric painter and sculptor during his prolonged career.
Works in the exhibition have been selected to provide a window into several of the themes underscoring Francis Celentano’s artistic output and range from Hard-Edge paintings from the 1960s, stark black-and-white geometrical compositions and sensual gradient color explorations.
Francis Celentano was born in New York City and grew up in the Bronx, where his parents fostered his youthful artistic proclivities. At New York University, he studied art history and enrolled in drawing classes with Philip Guston, who introduced him to many avant-garde theories, artists and critics. After obtaining a Master’s degree in 1957, Celentano left for a year in Rome on a Fulbright scholarship.
On his return, Celentano gained recognition among critics, curators and galleries for his incisive Hard-Edge paintings, which included the important Lavender Creed, shown in the historical show at MoMA in 1965, The Responsive Eye.
Two works from this period will be shown at the RCM show: Cathedral, an oil on canvas from 1964, and the study for the painting conserved in the Albright-Knox Gallery.
Celentano’s work is characterized by high contrast and achieving complex visual effects with minimal means. In the 1960s, for instance, he created a series of kinetic “spin” paintings of geometric forms attached to a motorized axis launched in circular motion.
Celentano’s visibility reached a pinnacle in the 1960s, when he lived and worked in New York City. The groundbreaking Howard Wise Gallery represented his work and gave him a one-man show. Important survey shows, including Kinetic and Optical Art Today at the Albright-Knox Gallery in Buffalo, the Whitney Annual, and Plus by Minus: Today’s Half Century, also at the Albright-Knox, featured him.
In 1966, Celentano accepted a position as assistant lecturer at the University of Washington in Seattle. He earned full professorship three years later and taught there until he retired in 1997.
Although well represented in American museums, foundations, institutions and private collections, Celentano’s work remains less visible in Europe, largely due to the fact that he left the important NY art hub for the West Coast and a teaching position.
Ambiguity and Tension represents Celentano’s first one-man show in Europe. To further help promote his work on the Continent, one of the artist’s kinetic works from 1968 – Hexagonal Metamorphosis – will be presented at the upcoming ACTIE – REACTIE 100 jaar kinetische kunst at the Rotterdam Kunsthal from September 22, 2018 to January 20, 2019.