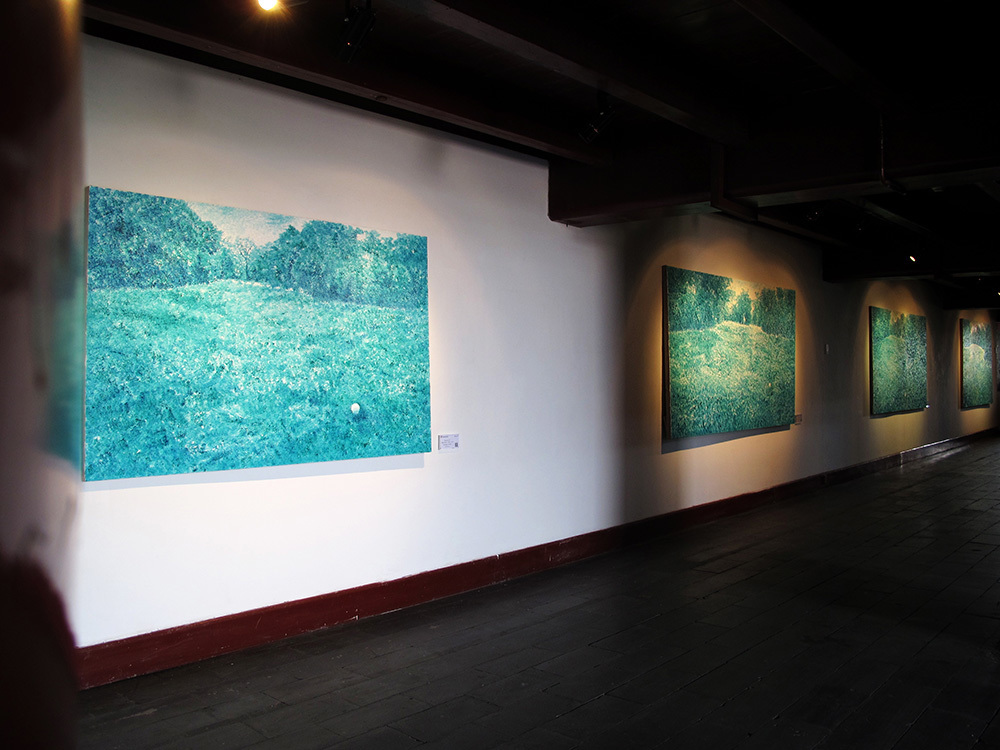 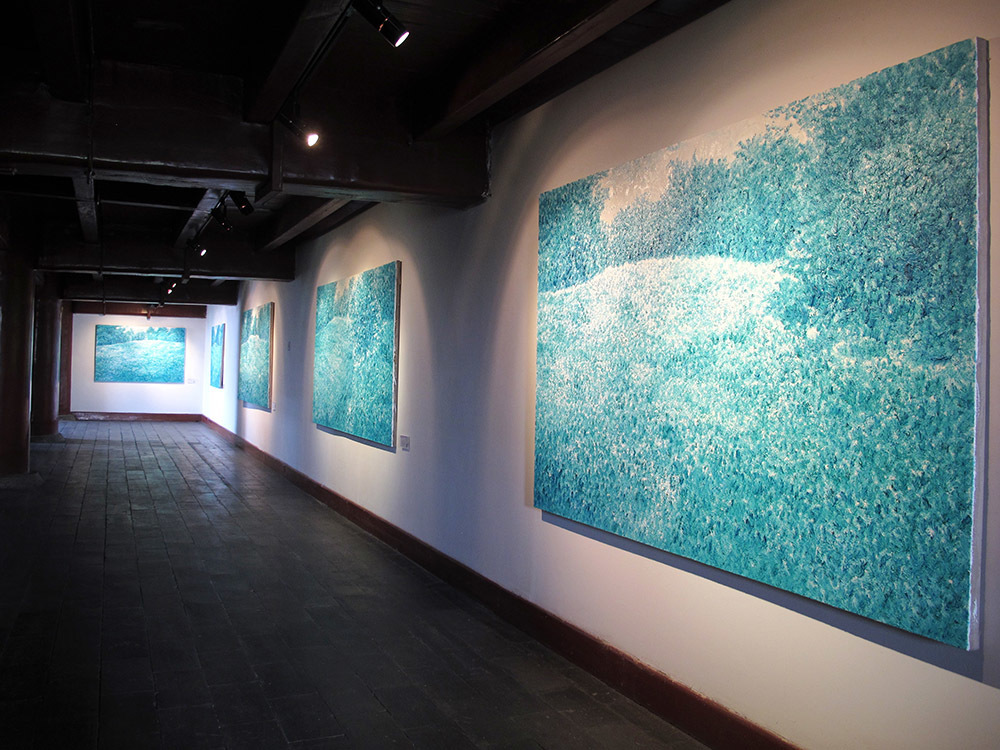 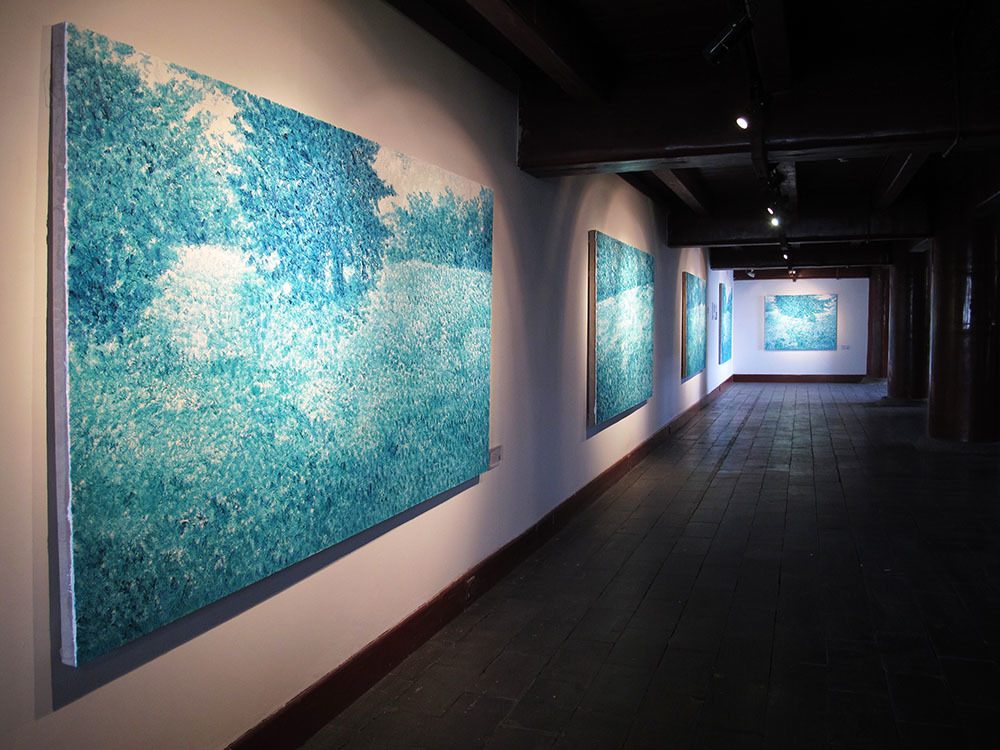 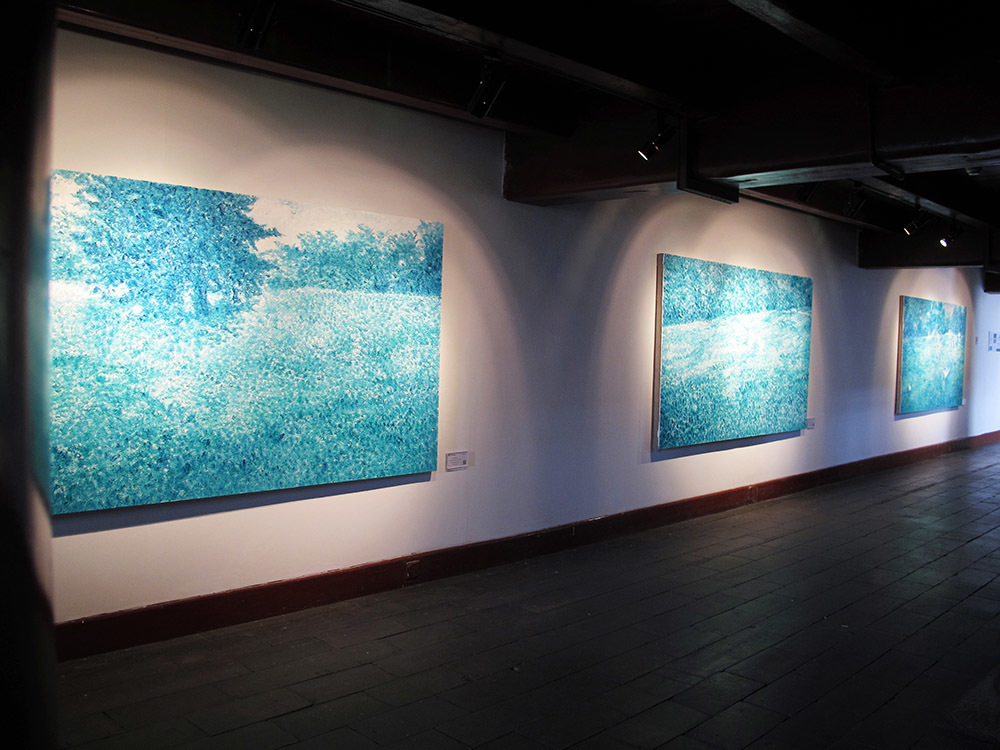 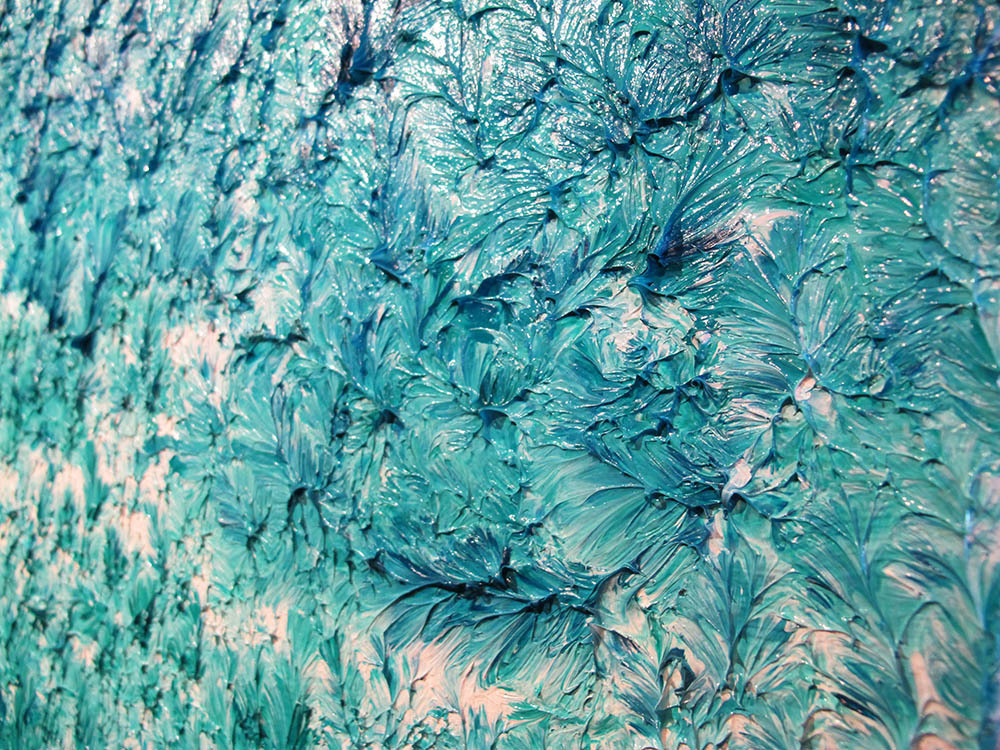 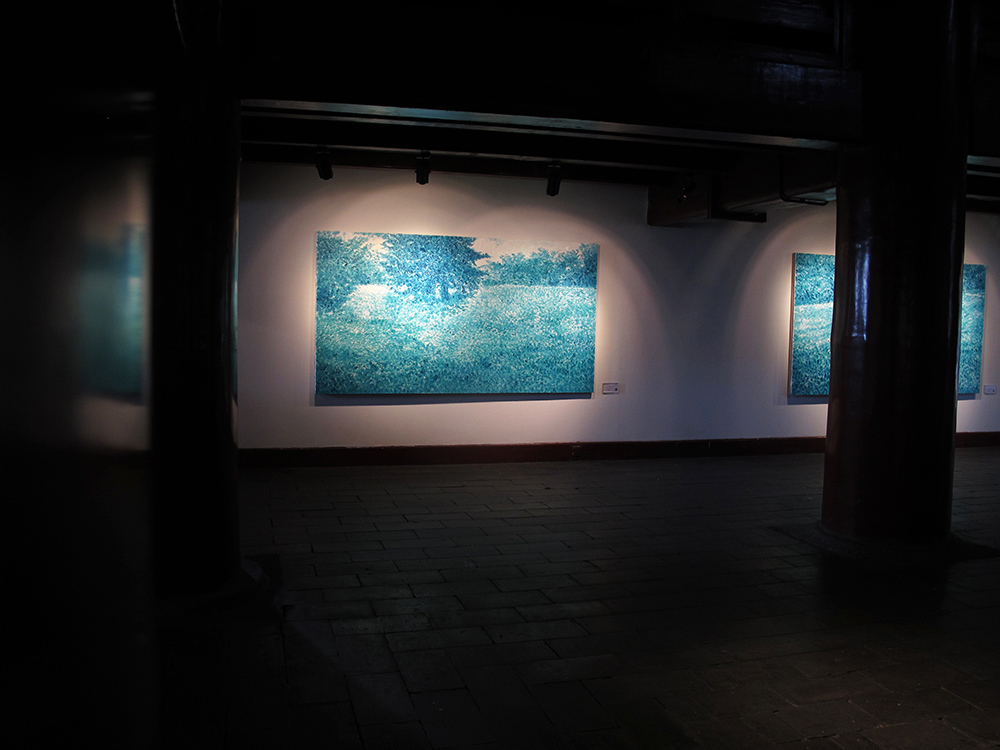 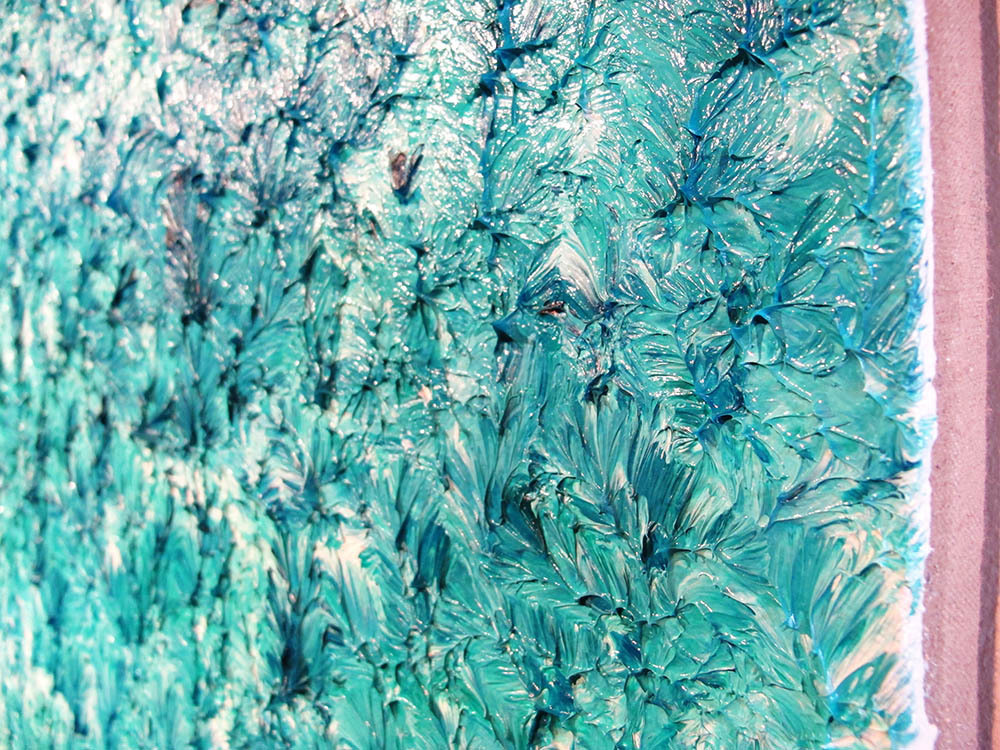 March, early Spring before Qing Ming Festival, Botanical Gardens, Chengdu.
Sunday brings a lot of people to enjoy spring. The large expanse of lawn is surrounded by green trees and bushes. Yet the lawn still has its winter die-off and a lot of the grass is dried and yellow, with spots of very fine green.
There are children flying kites on the lawn, some of them accompanied by parents and some alone. When the sun was going down and it was getting cold, the parents with the kids started to go home. There was only one boy who stayed however, running around on the lawn, trailing a kite behind him on the ground, trying to get the kite to fly but never succeeding, but he didn’t seem to stop and kept running with the kite.
My eyes caught the diffuse light in the park and stimulated my eye-sight. The green color of the lawn was floating in the air. Everyone had gone. At that moment, I felt something very familiar and yet strangely unfamiliar about this sweep of quiet and empty lawn. It was like déjà vu. Where had I encountered this scene before? It must be Antonioni’s lawn I thought. Now the color of the lawn was magically turning from yellow to green – there seemed to be something hidden in the distant bush. The lawn then became dramatically greener and the weird green was intoxicating with diverse shades of intense green like emerald, agate, and jadeite. Suddenly, the whole lawn instantly transformed into a golf course! Where did the little white golf ball I just hit go? It was lost, I told myself. After five minutes looking, just when I had decided to give up, I found it in a corner. However, when I tried to hit it again, the ball showed up in long grass beside an obstacle, and there was another bush. I never succeeded in actually hitting the ball. Was it even a ball I had hit? Meanwhile, in a nearby tennis court, people were playing tennis without a ball. And I noticed that there was a tennis ball just lying on the lawn.
We are gazing at the lawn, looking for something. Maybe it’s a golf ball we lost, a non-existent tennis ball, or some truth in this indistinct world.
This series of paintings is a series of imagined scenes inspired by Michelangelo Antonioni’s film Blow-Up. I’m trying to express the visual thoughts that accompany a personal psychological experience, a scene in my mind that feels familiar yet also unfamiliar. The lawn transforms into a golf course because of their shared elements – the greens of the grass.