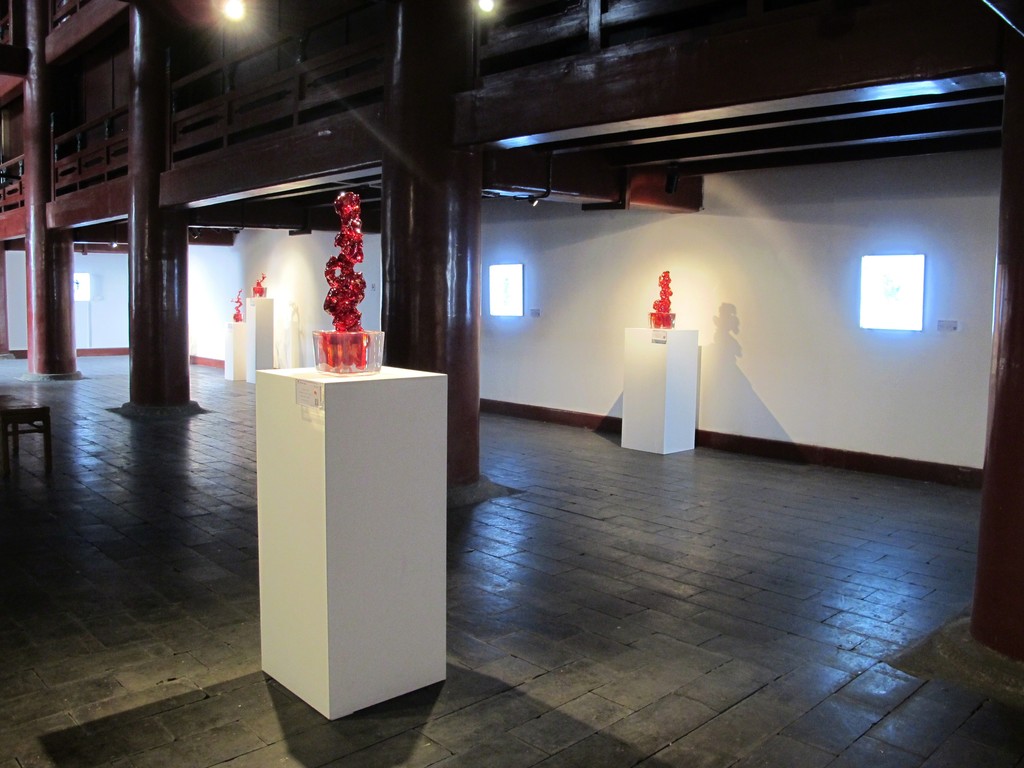 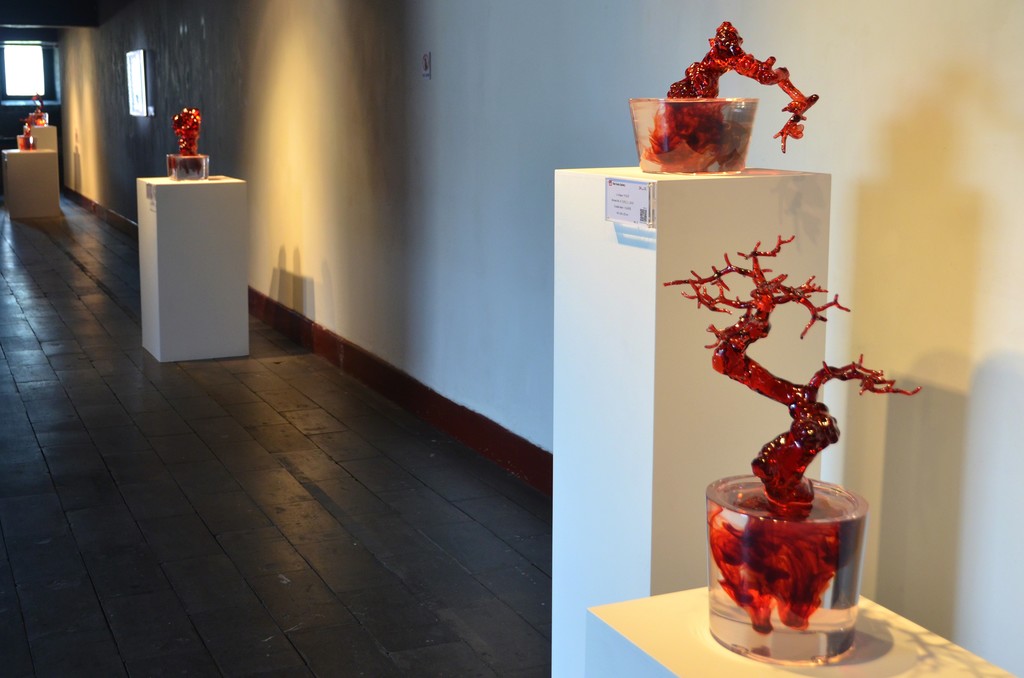 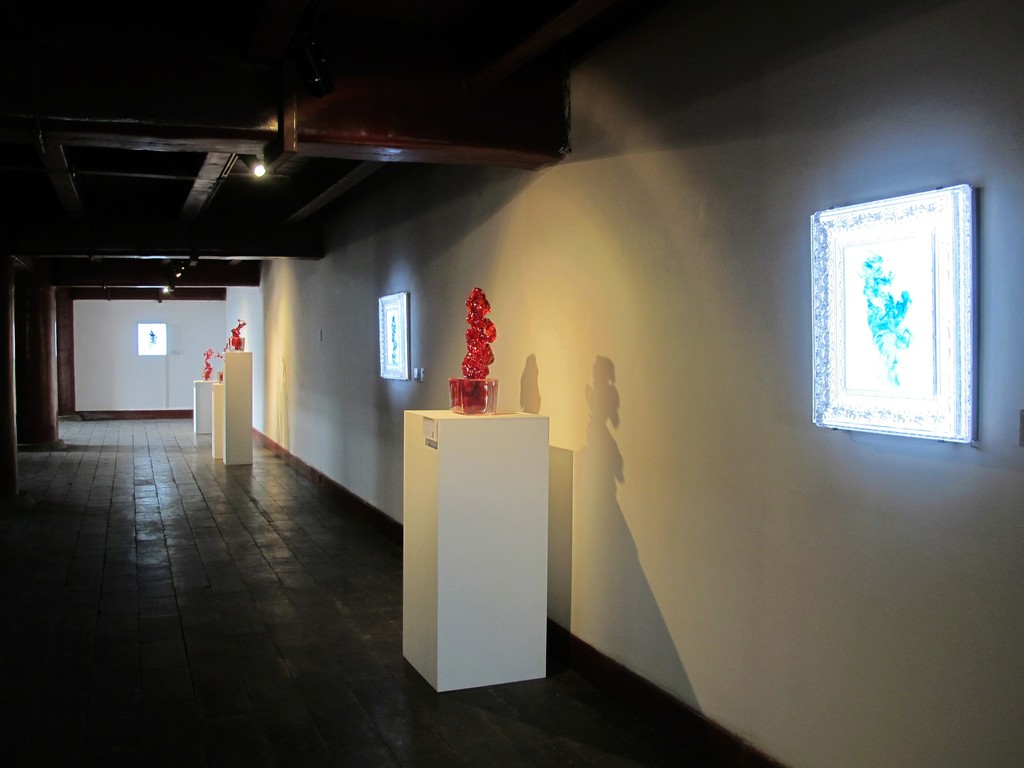 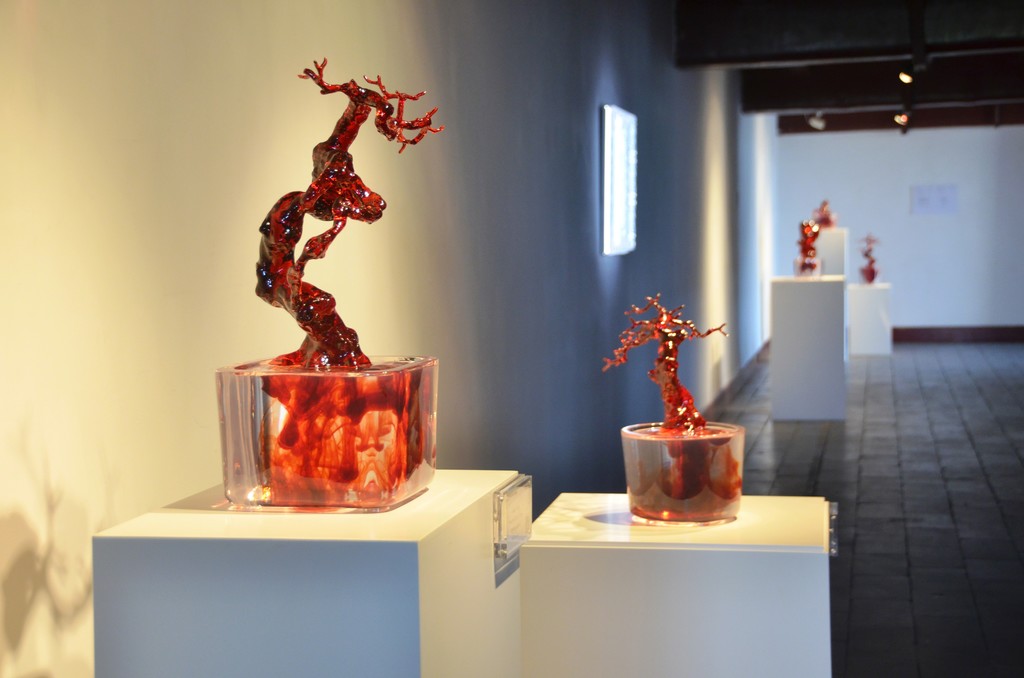 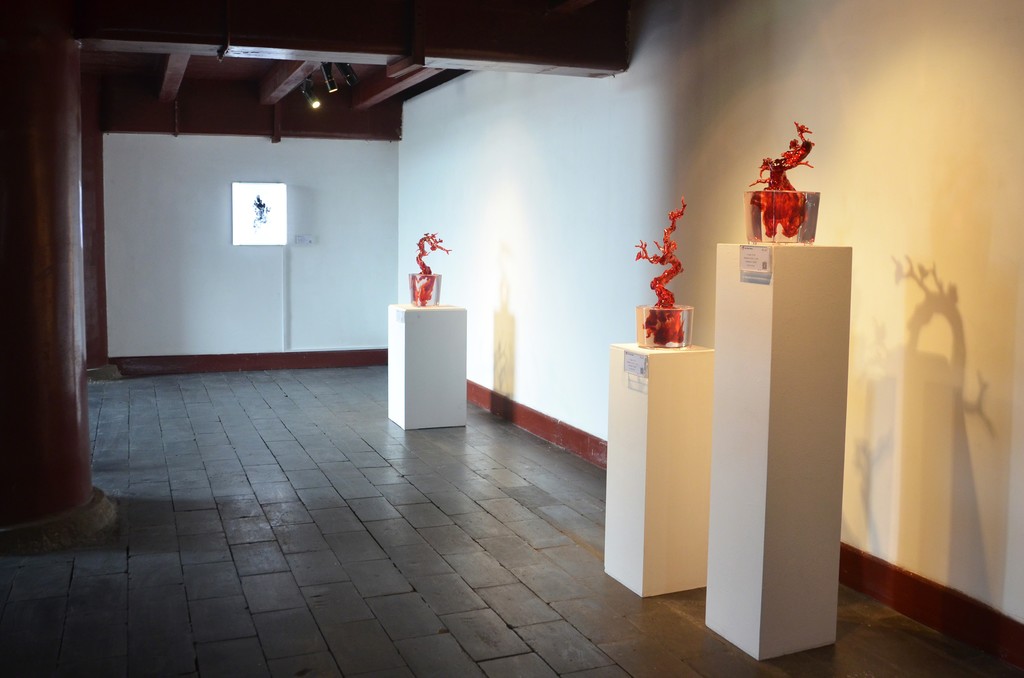 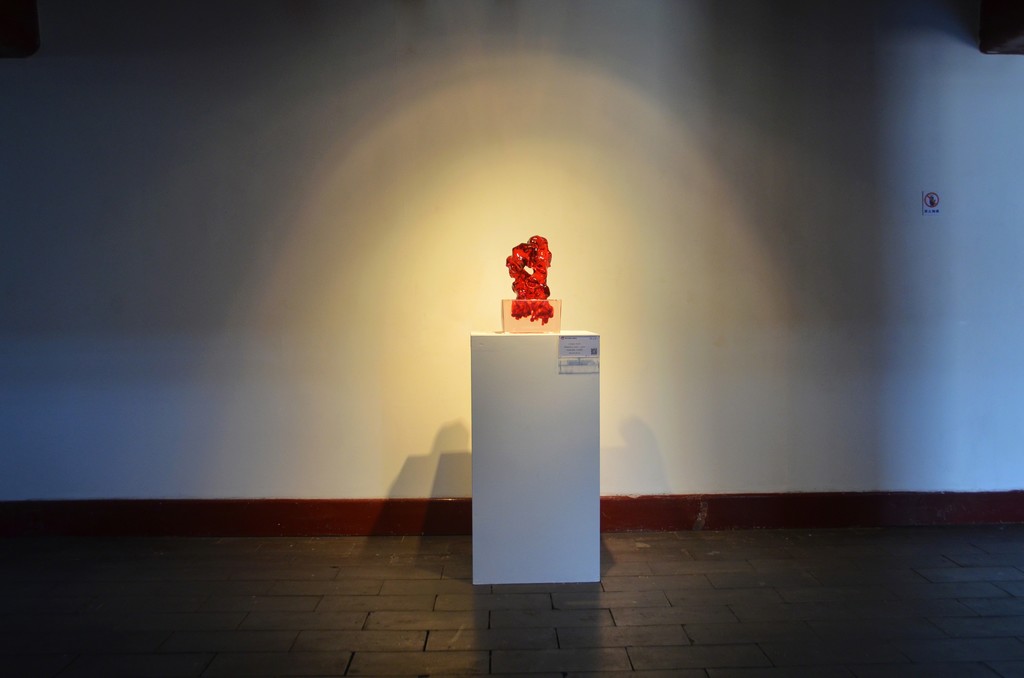 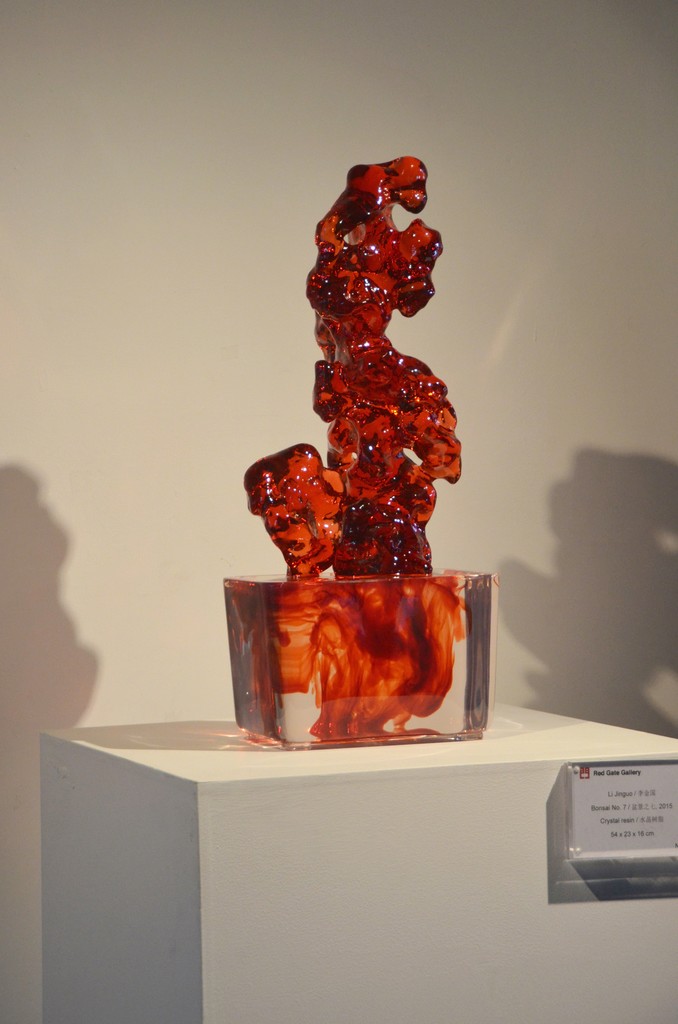 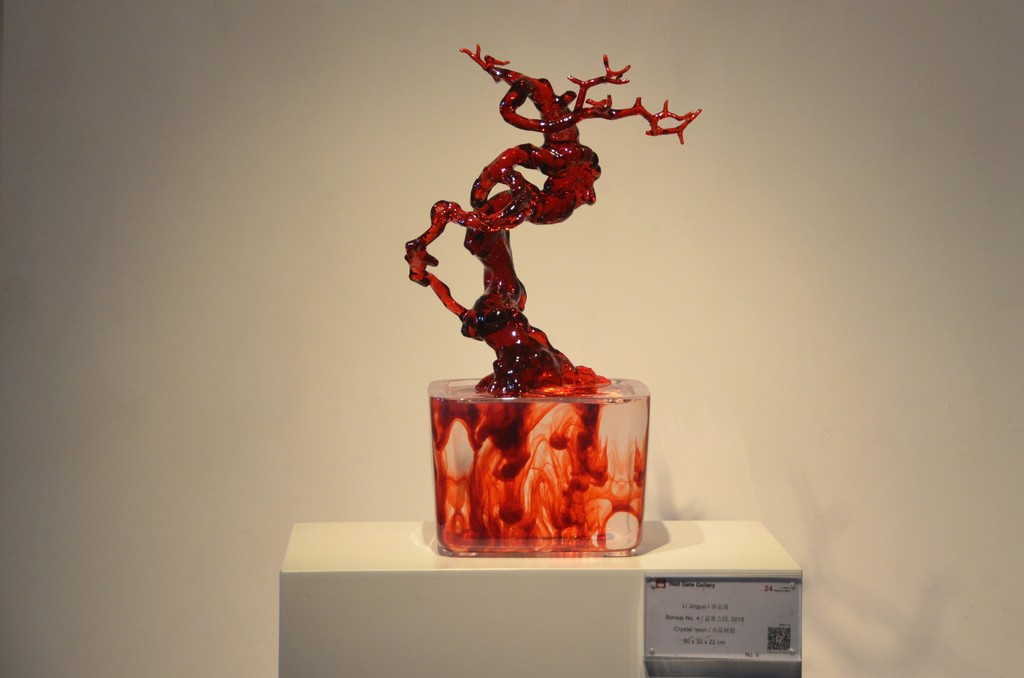 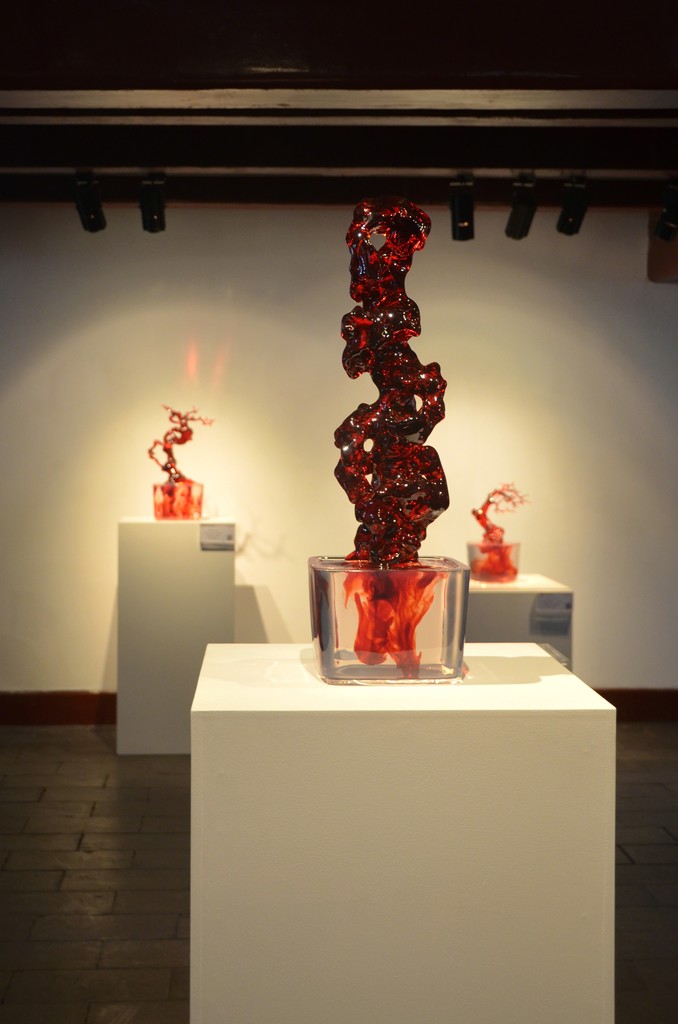 We are delighted to announce the opening of Li Jinguo’s first solo exhibition at Red Gate Gallery and the launch of his two new distinct series ‘Bonsai’ and ‘Untitled’ created in 2015.
Li Jinguo’s creative use of resin in sculptural works is well known. The inspiration for the ‘Bonsai’ series is the traditional Chinese art of nurturing miniature trees in pots. The recasting of classical Chinese elements such as plant life, plum blossom and Taihu scholar rocks in crystal resin gives birth to a unique visual expression of vitality.
In his latest series ‘Untitled’, Li Jinguo uses the medium of resin to cast traditional Chinese ink imagery set in classical Western frames. The embedded whimsy of the Chinese ink imagery is subtly illuminated in a light box effect that generates a unique aesthetic that is both nostalgic and contemporary.
Creative Notes
I remember a documentary shot by a director who placed his camera at the head of a train. He proceeded to shoot the train’s entire journey continuously without any editing. It is said that this documentary broke a record in visual documentation. In fact, the feeling was simply of travelling by train whilst sitting on a sofa at home.

Two years ago, I moved part of my studio to Guangdong province. Each year, I would travel back and forward between Guangzhou and Beijing several times, sitting on the train for more than twenty hours each time. On these slow journeys my mind would turn to random thoughts, for example upon the nature of time. If I slept for five hours, these five hours felt like nothing. However, if I had not slept for the same five hours of the journey then I would have felt that I had experienced them. No matter what one does, time progresses forward, this is quite terrifying. We all experience time on a level playing field. For all of us, time is a relentless count down. Time is a never ending continuum-theory tells us so.

I have been researching crystal resin for ten years, in a flash of time it transforms from a liquid state to a solid. I use this specific quality in my sculptural works. The resin in its liquid state is like ink, and it moves precisely in the same way. Once the ink has swirled into a particular formation it is at that critical instant I freeze it. It is as though the ink is suspended in time.

Life is one long journey, the scenery flashes by, the end is inevitable. Nevertheless we may collect moments fondly. Time waits for no man, this is God’s tyranny.

Li Jinguo, May 2015 at Guangdong
Translated by George Michell