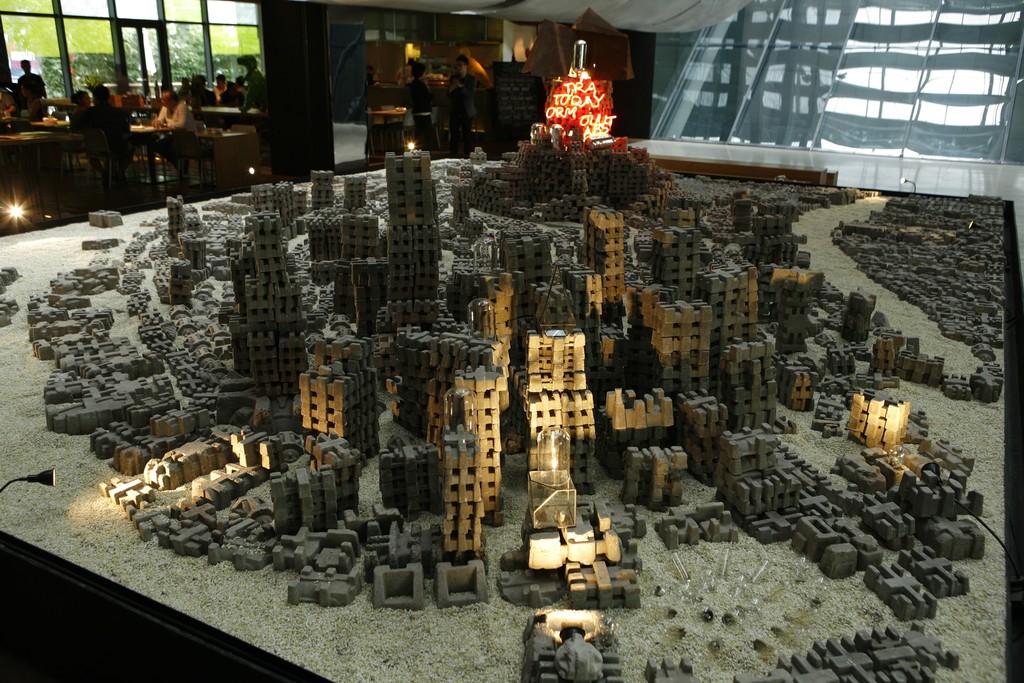 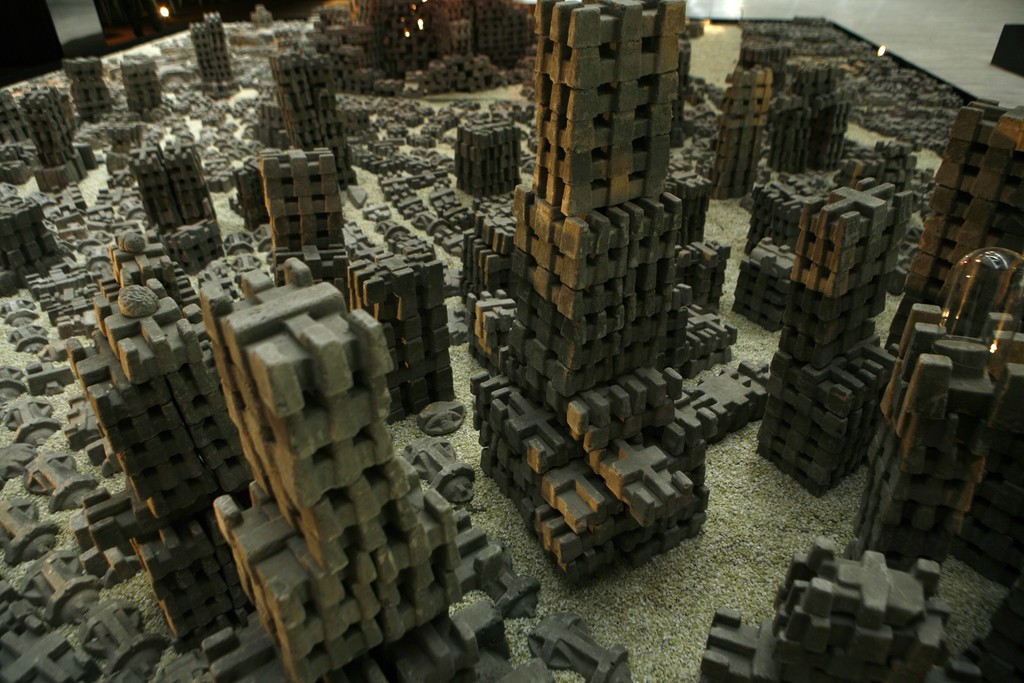 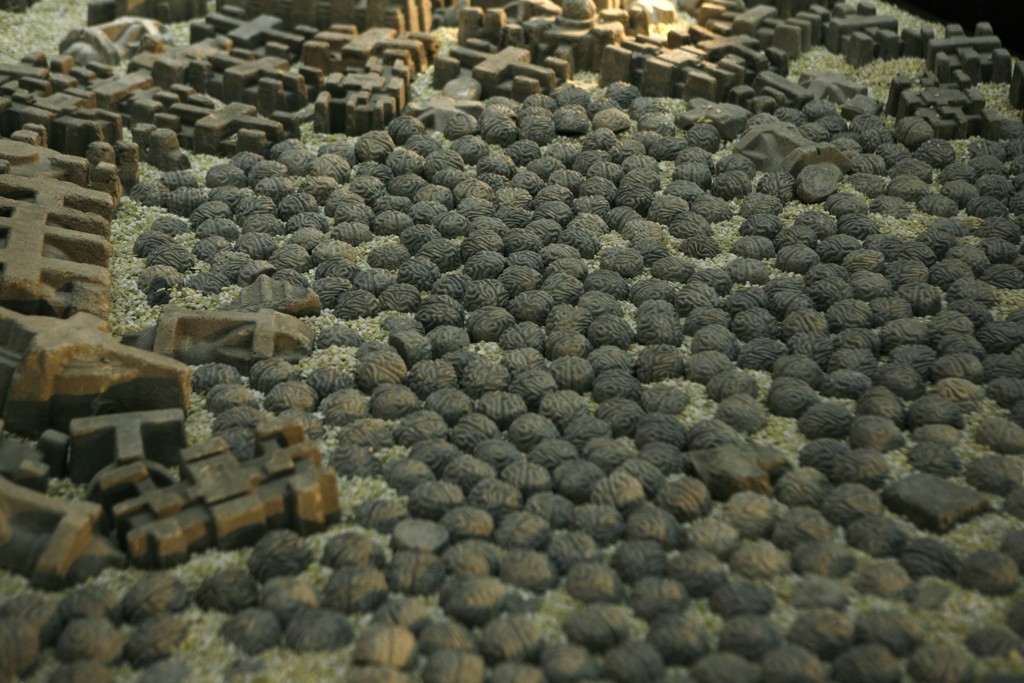 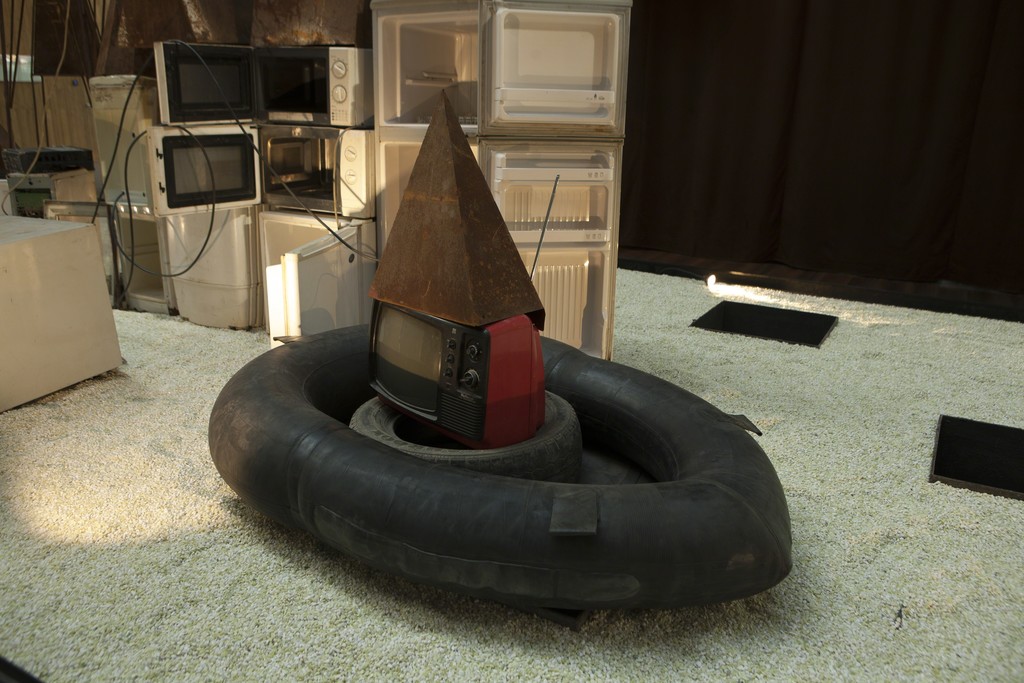 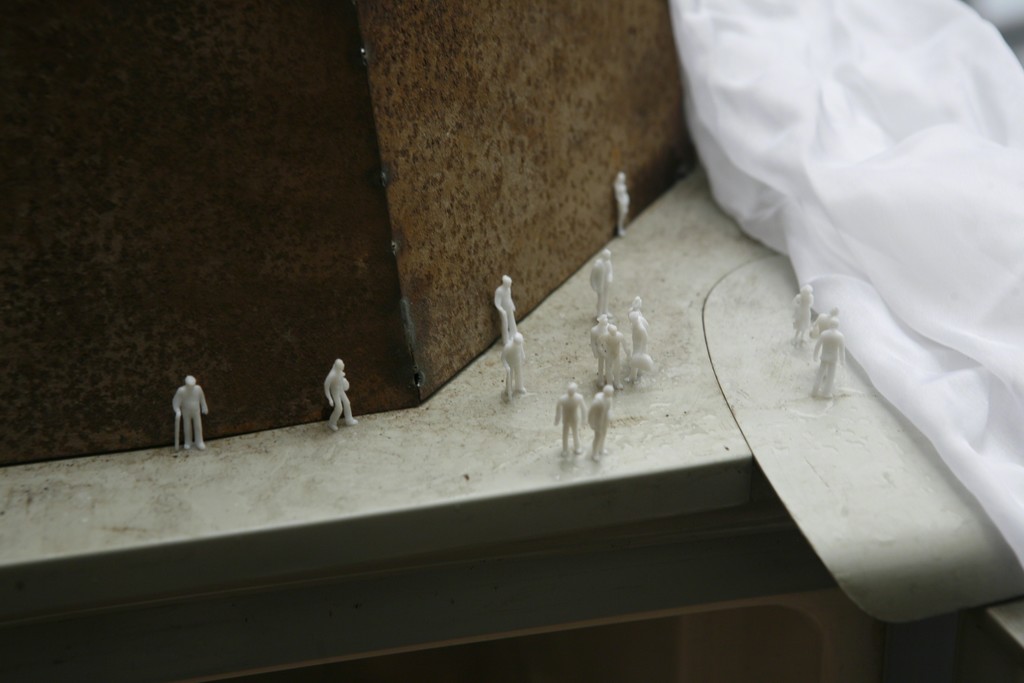 Artist's Statement：A Thousand Years in Sanlitun
By 2014, the total cement world output was 4 billion tons and China's cement output was 2.42 billion tons. Cement is a highly cost-effective growth material for buildings and cement itself is kind of metaphor of urban development. Currently, China accounts for more than half the consumption of cement in the world. There are many cement factories throughout urban and rural areas still producing after the financial crisis.
I use this man-made cement as the basic element for creation. From many mythical stories, water and mud are two basic elements to create human beings. Cement is not only a form, but also a material. It always exists as a mysterious power being hidden behind the glass wall. Cement cannot be expressed, but in essence our city is built by cement, for example our Sanlitun. Therefore, the great power of cement becomes the life necessity of human beings everywhere. Especially in China, cement provides us a minimum sense of reality, which is a kind of lost sense of reality.
Essentially, cement has no form, no body, but I try to exhibit a very concrete and tangible A Thousand Years in Sanlitun from intangible cement. When visitors walk by the cement aerial view of Sanlitun landscape, they will feel the combination of speed and effectiveness, and dream and reality.

Artist's Statement：Silence and Solitude
Electrical appliances and houses have been integrated nowadays. A house is incomplete without electrical appliances. The definition of a house probably has been changed in recent years and electrical appliances as daily necessities have become an integral part of the residential structure. While staying at home, you are not only in a concrete building, but also staying with these electrical appliances. We are unconsciously exposed to this Magic Theatre and come to these appliances with many theatrical events while we are facing and using them, which indicates that the machines have an effect on each person. The history is not only changed by attitudes and behaviors, but also could be influenced by the objects and machines. These electrically-based objects separate quickly from the wills of human beings and evolve independently. In other words they also possess their own wonderful life cycle. When these “retired” appliances appear in public from houses to the public, they are familiar but strange, ordinary but funky. I try to record this era and all the possibilities under the Silence and Solitude through recording the experience of used electrical appliances.