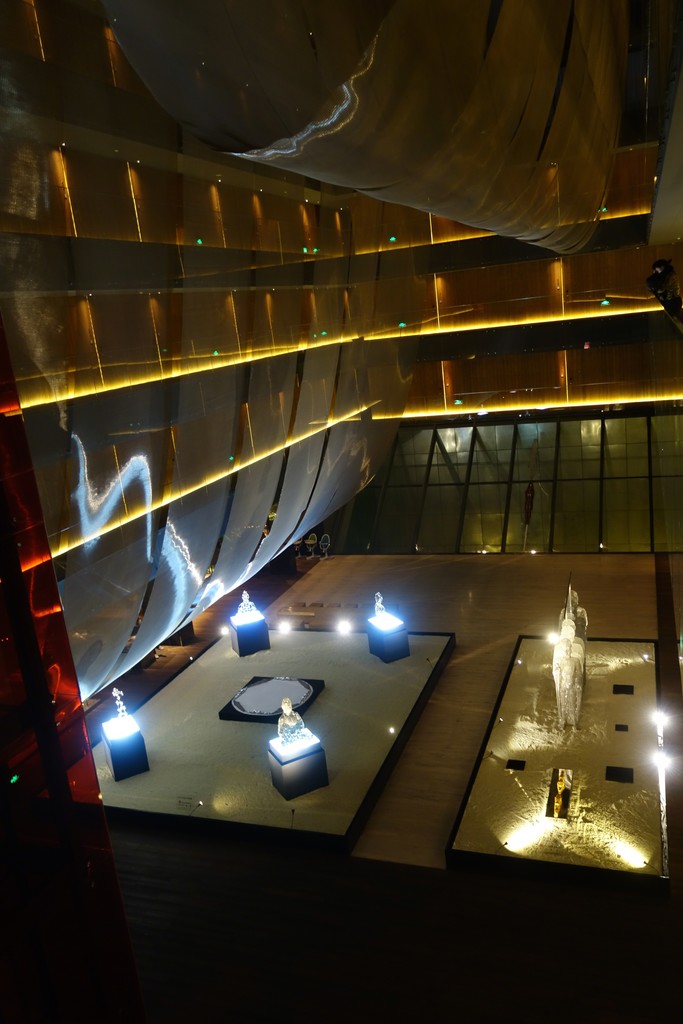 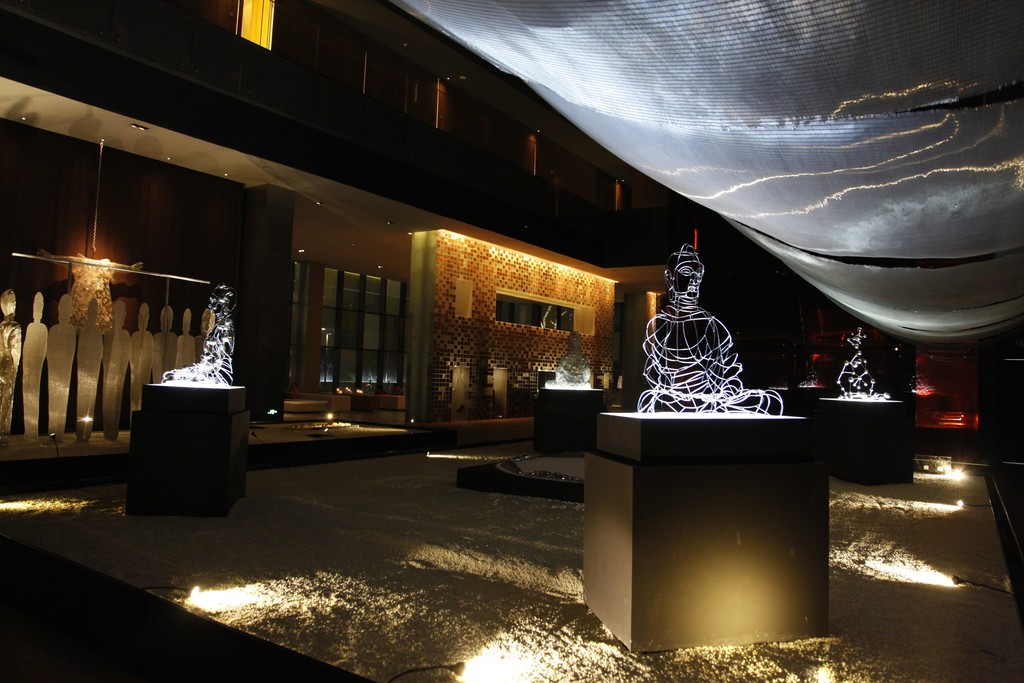 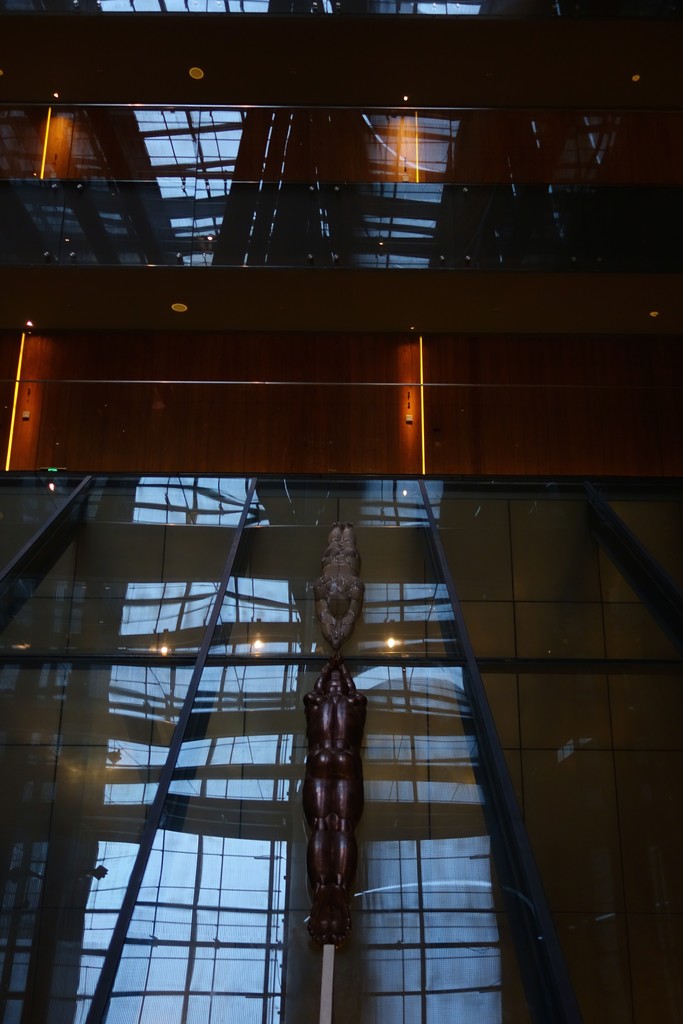 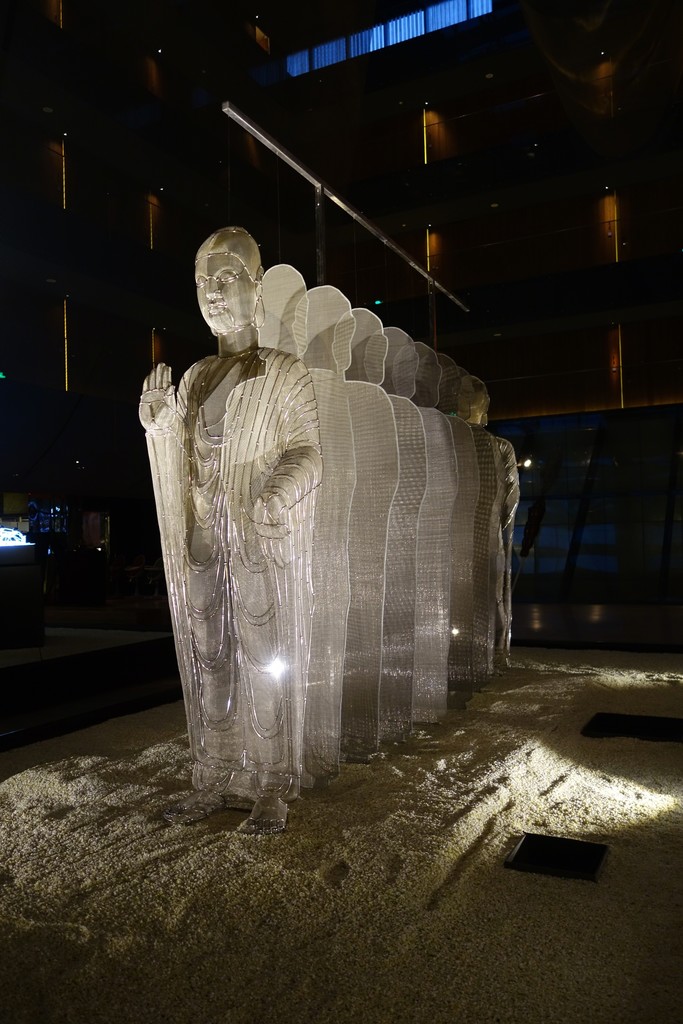 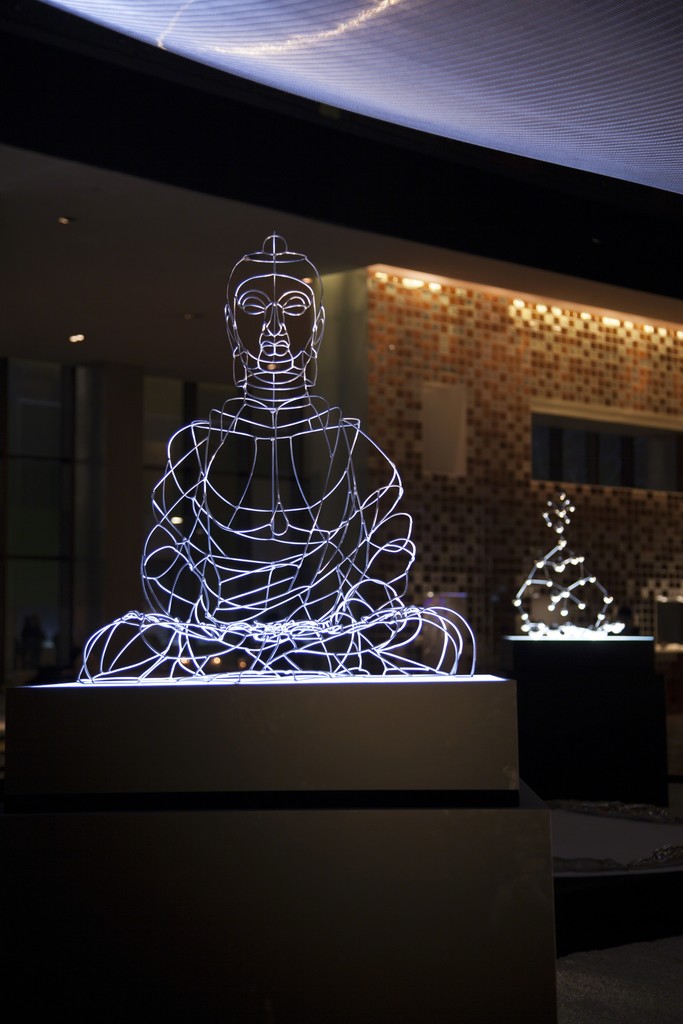 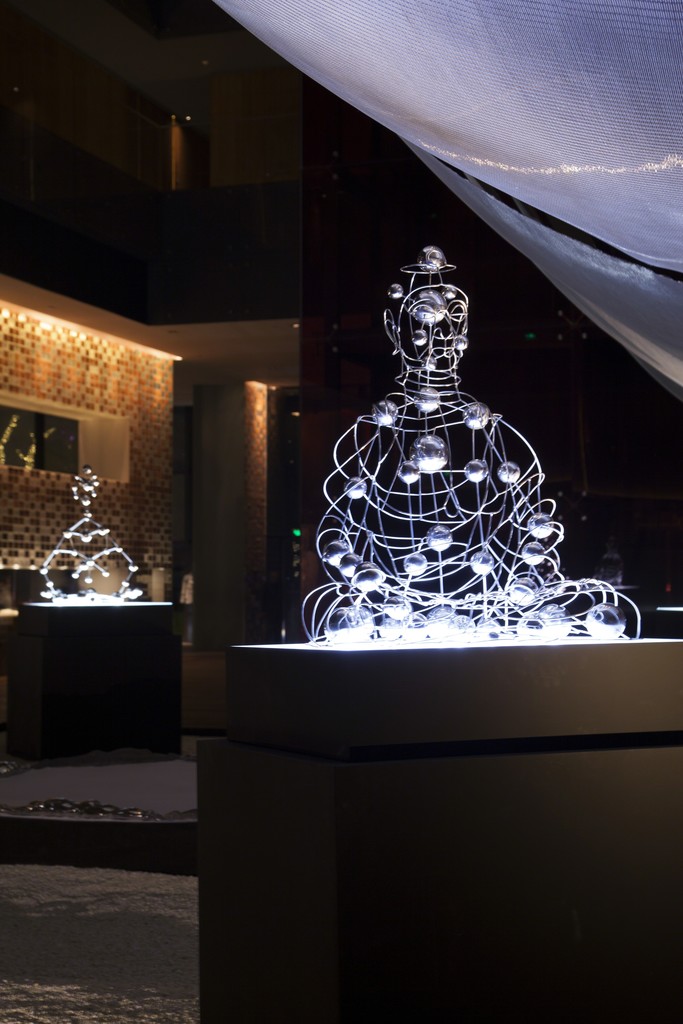 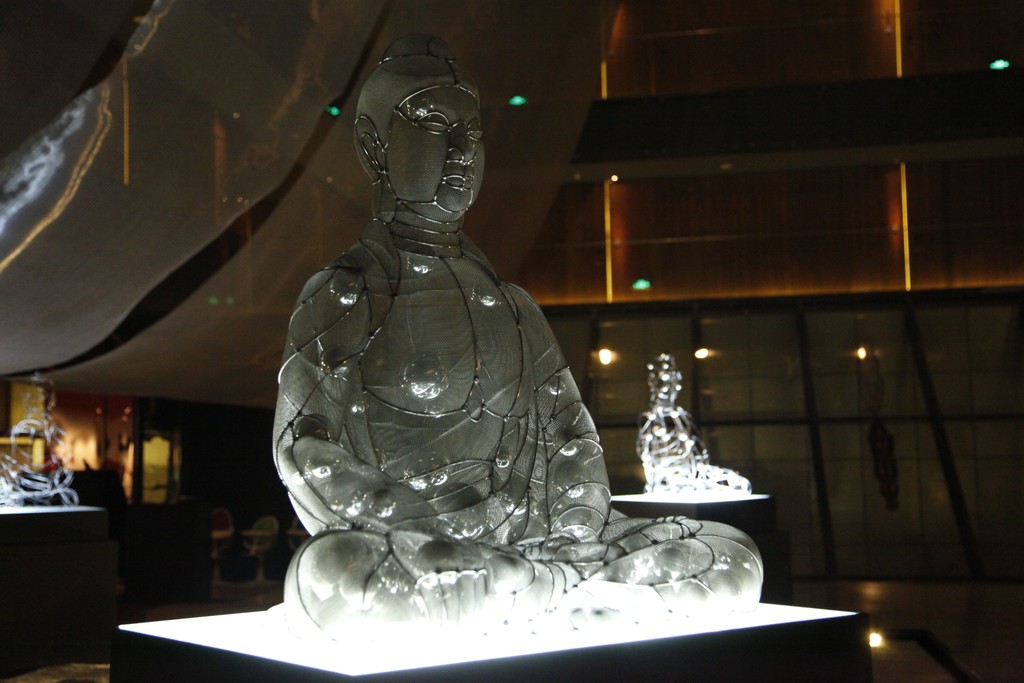 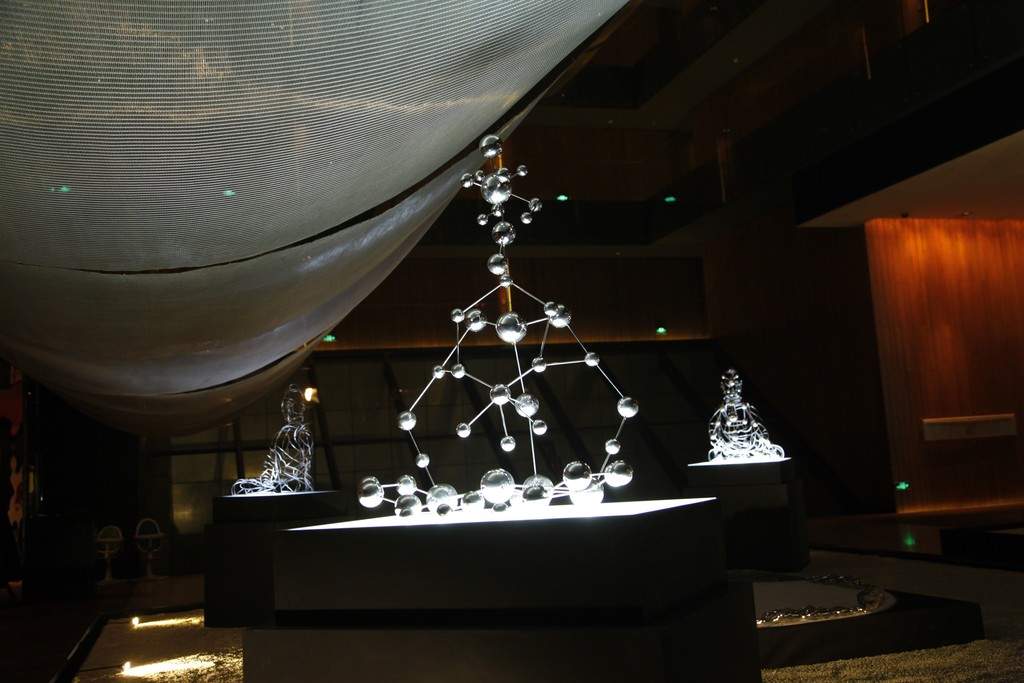 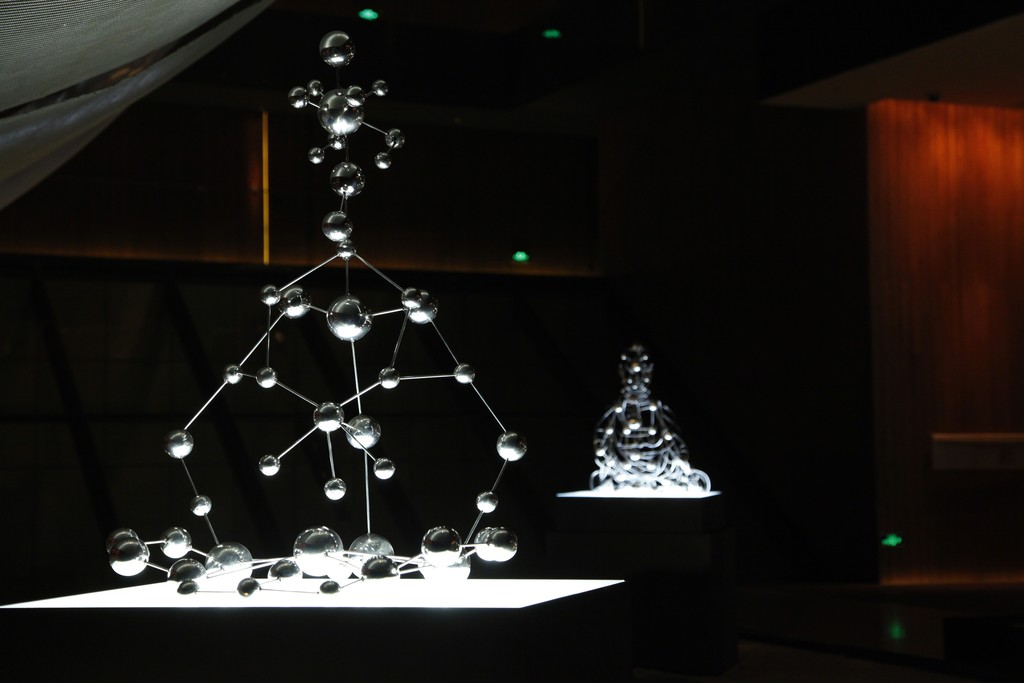 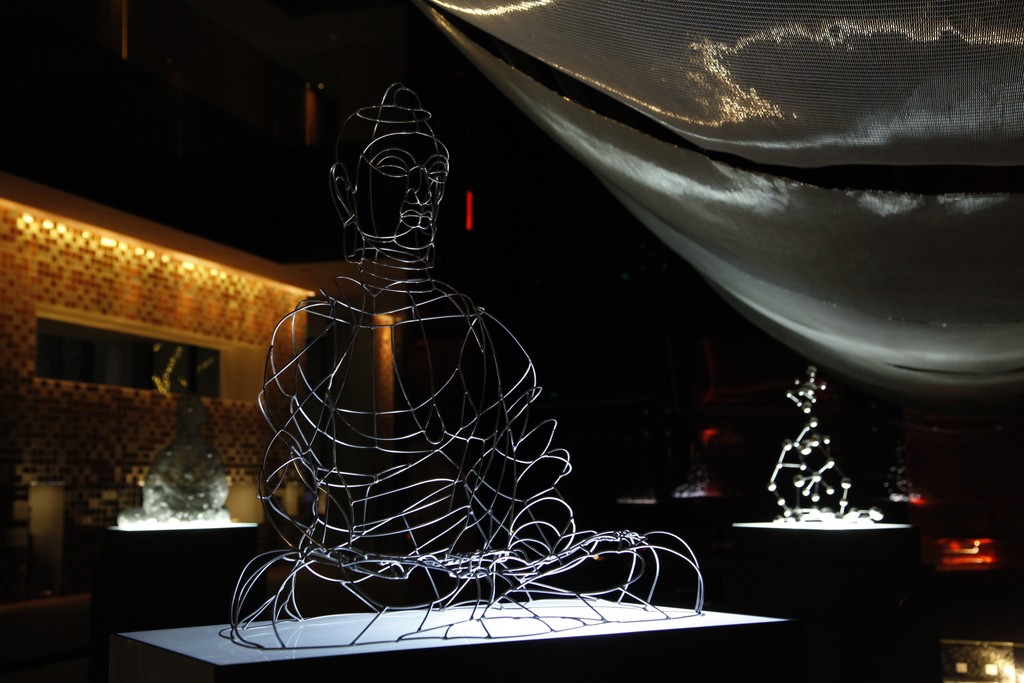 Autobiographical Note：
To be a sculptor, especially these days, I believe you must have a varied background in reserve as well as insight, apart from having an unwavering concept of your own personal values. It is not necessary that each and every one of these insights and background experiences be rationally deployed, but I do believe they remain in our subconscious, and if the opportunity arises they will surface and inspire wisdom in us.
Sculpture for me was one such important opportunity that, in turn, shaped me. Since 1999, I’ve been mainly working on using various types of grids as my main material to produce symbolic abstract shapes that I use to convey metaphysical meanings. But during the first two or three years I didn’t realize that my works contained Zen Buddhist meanings, and it was only as a result of conversations with friends and teachers that my curiosity was aroused and I began to learn about Buddhism and Buddhist studies and especially about its religious and philosophical thought. For me the resonance of great wisdom, especially that of Buddhism, had a most profound effect, and its great ideas in turn deeply influenced and inspired my sculpture, my outlook on life, and my values.
Even more exciting for me was the continuation of opposite and complementary growth. After one has produced a work that had as its inspiration a particular understanding then this work will not only lead to a series of new works but, what is more interesting, in the process of sharing the work with others, it takes on many new interpretations, and many of these go far beyond what originally motivated me to create the piece originally. Some of the interpretations and feedback I receive give further inspiration. For this I can thank both my audience and my sculpture!

The Buddha Series
In the propagation of Buddhism, Buddhist art forms change with the changing times. If I can use contemporary art forms to communicate my understanding of Buddhist wisdom and dispel the idea in the minds of many people, especially the vast majority of intellectuals, that Buddhist statuary is associated with idolatry and superstition, by creating contemporary Buddhist sculptural art that is truly meaningful and relevant for contemporary society, then I will have filled my heart-felt desire in producing this series of works.

The Self Series
The Self is a series of works that I have been trying to create over recent years, and each piece can be seen as a different stage and different understanding of what I am producing, as well as a contingency impelling me towards wisdom. Buddhists have a very deep understanding of “the self”, which not only refers to the physical “self” but in a more generalized sense refers to everything that exists independently as a self-aware subject, with the result that if one cannot detach oneself from “the self” then one cannot be free from attachment. In Tibetan Buddhism pilgrims who measure out their journeys in long full-body prostrations encapsulate the humility that is necessary for casting aside arrogance and completely abandoning the “self”, and it is a general misconception that this Buddhist practice entails kowtowing before idols. But in this group of works I never use Tibetan robes to make this point; instead I use my own body as the prototype emphasizing first-hand experience and I adopt the most basic sculptural body language to allude concisely to the primordial state of the Self. The true meaning of Buddhism’s stress on “emptiness” (vacuity) does not mean that there is nothing, but that the things of nature do not have a subjectivity that is independent and constant; there is nothing that is constant and unvarying, so there is no “Self” and everything is relative and transient, and can only be understood as part of a constant and interdependent evolutionary flow.