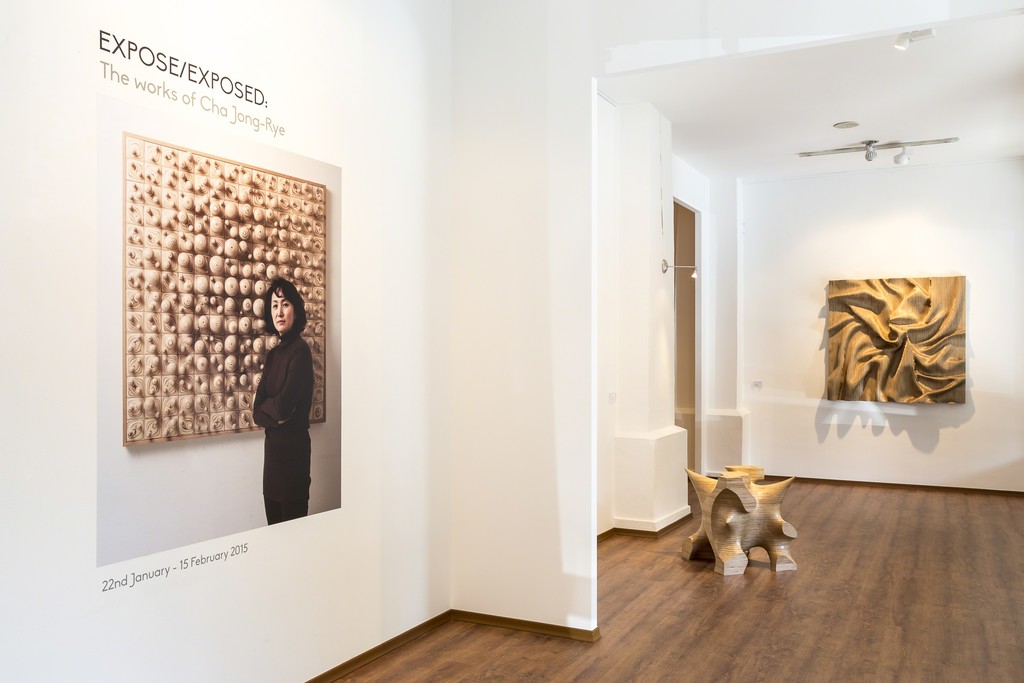 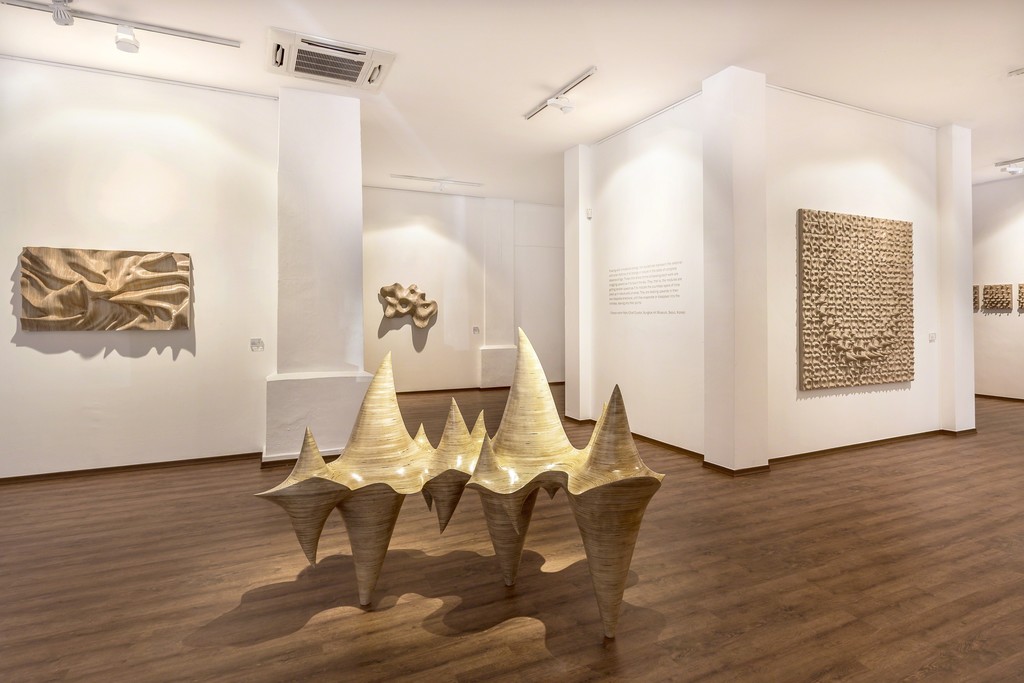 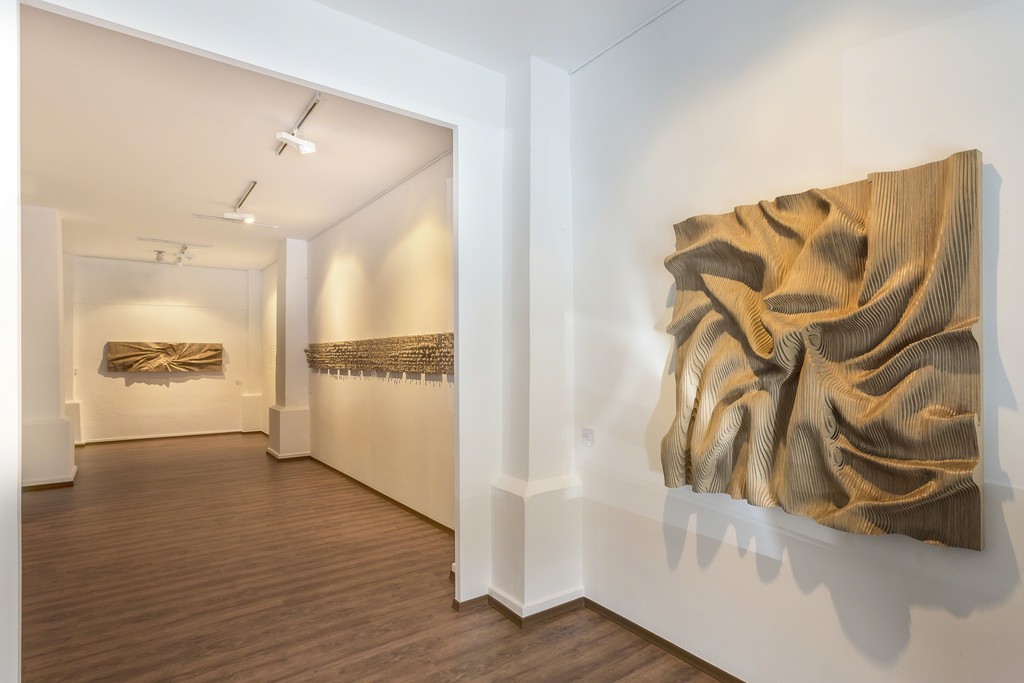 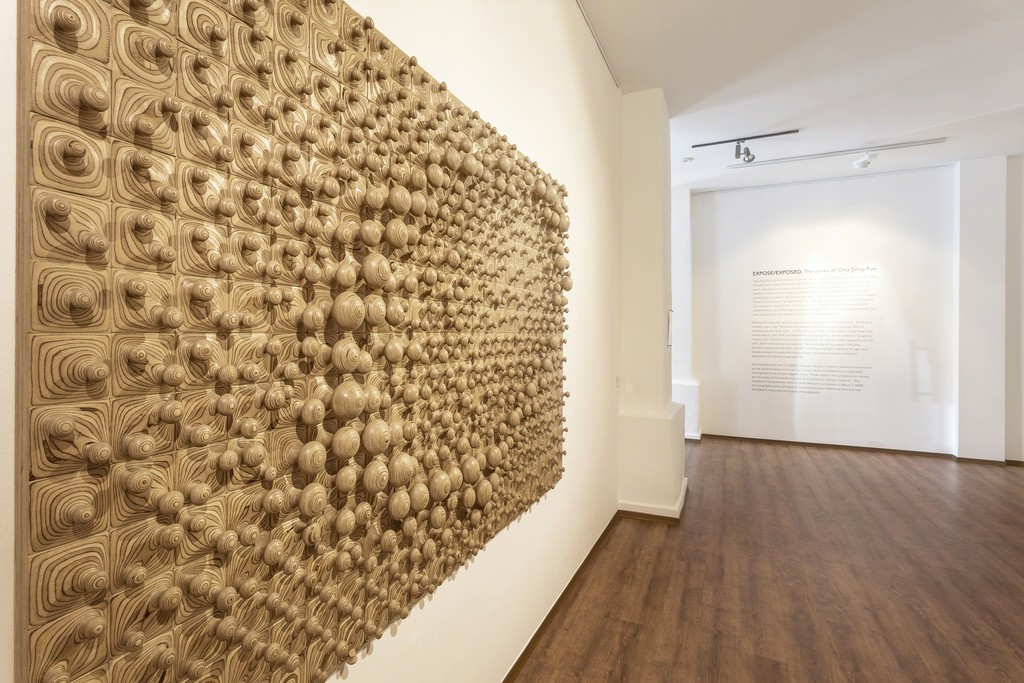 Cha Jong-Rye lets her chosen material, wood, steer her practice, unveiling her inner thoughts as it takes shape through her hands. Working with it as if it were clay or paint, she layers and meticulously sands hundreds of delicate wood pieces into aesthetic contours and shapes that seemingly have no beginning or end. The resulting monumental, self-standing or wall-mounted, works of art have a natural fluidity and energy that symbolise Cha Jong-Rye's philosophy of the landscape of our individual lives and the world around us. Presenting her sculptures in the present tense, as something living and moving, rather than as complete reality, her work also calls on the ideas of creation, infinity and eternity.
Setting Cha Jong-Rye apart is her precision, detail and craftsmanship. Wood as a material has a high flexibility and characteristics that require a great skill to understand and work with. It is her ability to ‘talk’ to the wood, to challenge and manipulate it, both with and against its natural grains, which allows it to gently receive her movements and thus transform its natural hard appearance into soft, warm and tactile sculptures. Her working of the wood, the play between layers and tension, and the resulting dancing movement of light and shadow across the asymmetrical surfaces, combine to create a powerful expression of flowing energy and life.
Cha Jong-Rye was born in 1968 in Daejoen, Korea, a historic province now known as the silicone valley of Korea, but whose name translates to a ‘large field’ harking back to its simple organic roots. These roots in the simplicity of nature are the basis of her works and use of wood as her chosen medium. She completed her graduate work at Ewha Women’s University in Seoul in 1996. Cha Jong-Rye’s works are part of numerous private collections and she has exhibited in many solo and group shows globally, most recently at the Sunkok Art Museum, Korea.
This exhibition will tie in with the ART IN MOTION event presented by AGAS (Art Galleries Association Singapore) as part of Singapore Art Week, an initiative led by the National Arts Council & Singapore Tourist Board.