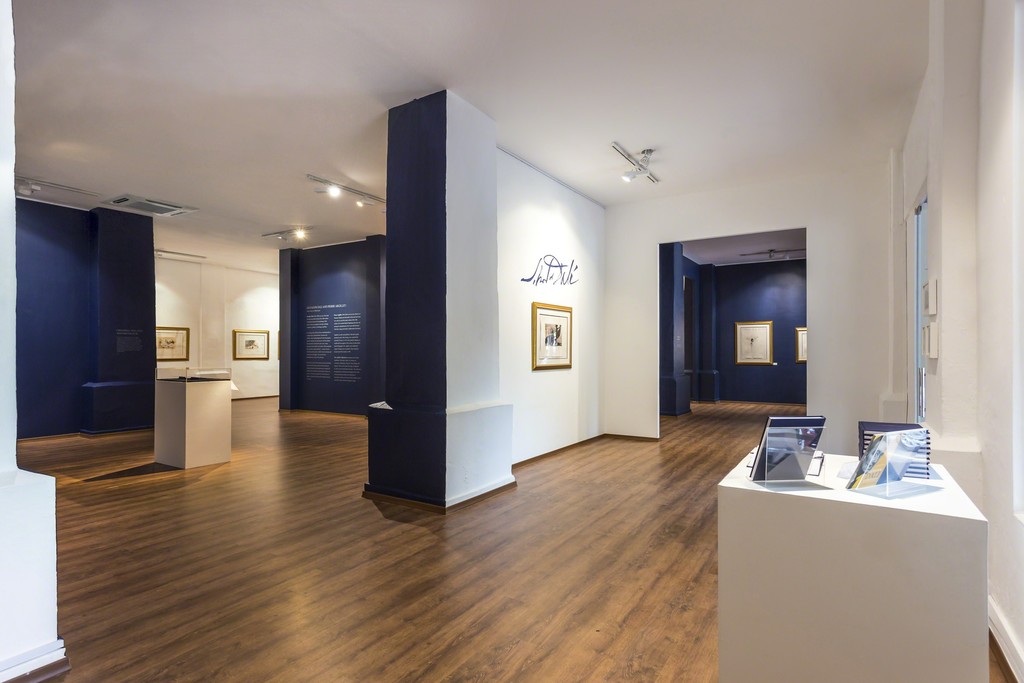 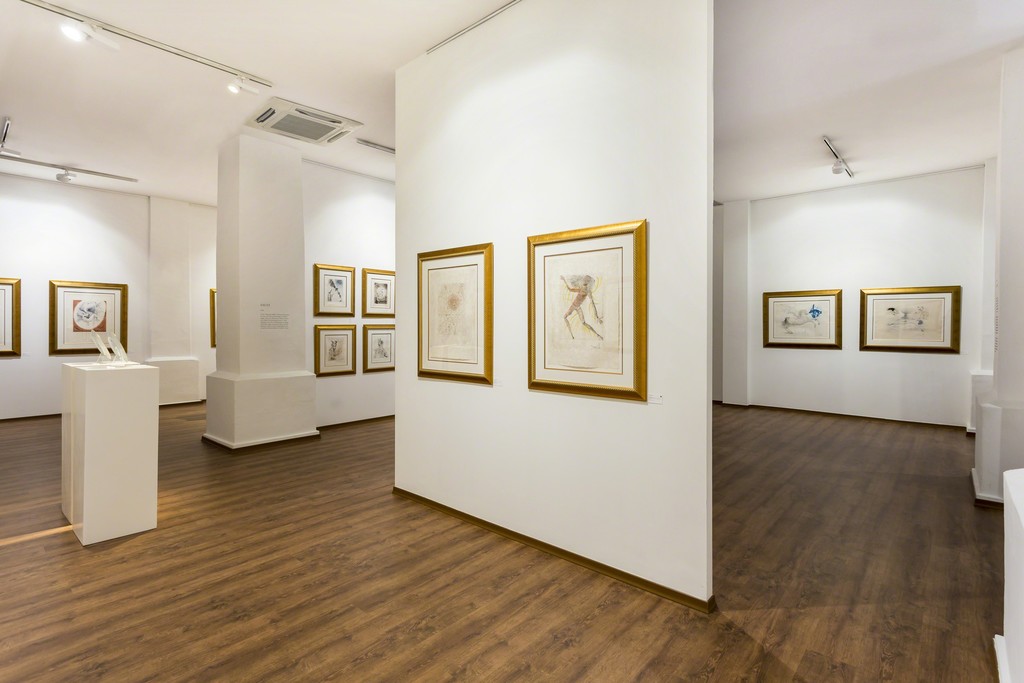 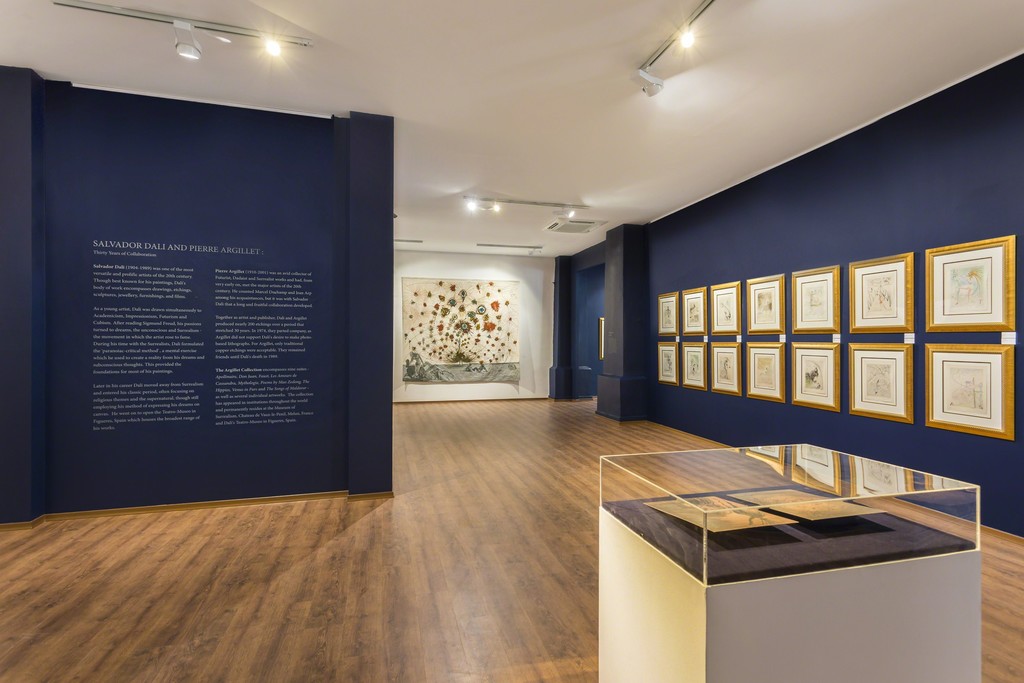 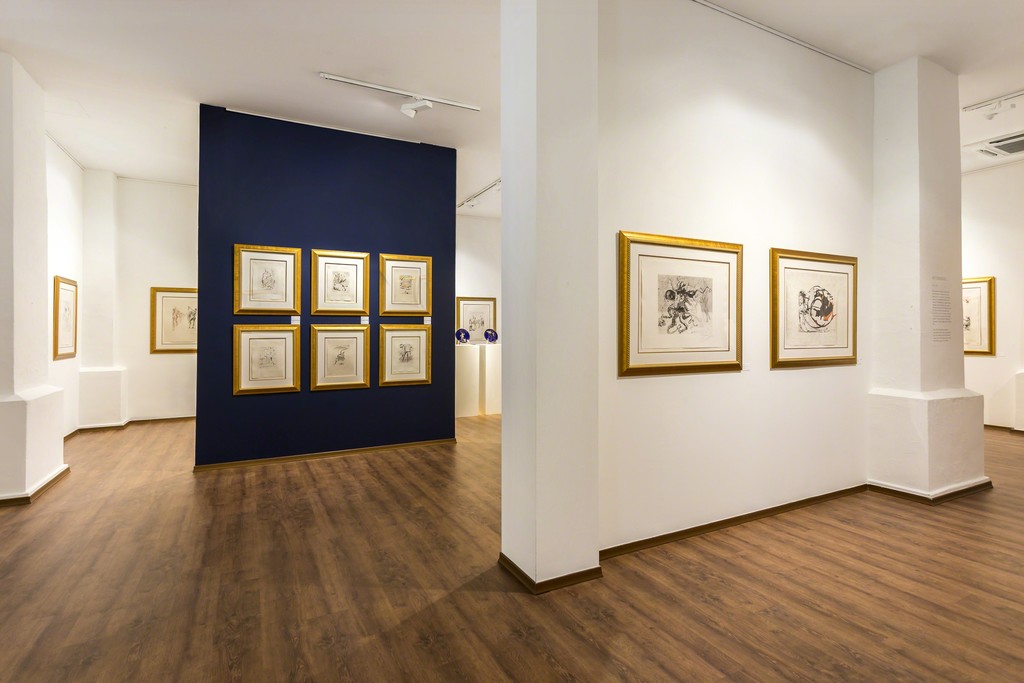 REDSEA Gallery is delighted to present a unique anthology of works by iconic Surrealist artist, Salvador Dali. A selection of Dali’s etchings and drawings from the renowned Pierre Argillet Collection will be presented alongside porcelain works and tapestries, previously unseen in Singapore. This exhibition will also feature the first ever public display of two original copper plates, an exceptional opportunity for visitors to see these historical pieces up close. All works from the Pierre Argillet Collection have been authenticated and signed by Dali, and will be available for viewing and acquisition from 11th September to 5th October 2016.
The Argillet Collection is the result of a collaboration between Dali and Pierre Argillet, his publisher and confidante for over thirty years. This new exhibition endeavors to continue the journey started at REDSEA Gallery two years ago, when works from the collection were first shown in Singapore. Now featuring a plethora of previously unseen pieces in different mediums, it further highlights Da- li’s capacity to be creative in so many fields and themes.

The tapestries and porcelain plates provide some of the highlights of the exhibition. Both were specifically conceived for museums – Dali’s Teatro-Museo in Figueres, Spain and Château de Vaux-le-Pénil in Melun, France, a Surrealism museum set up by Argillet. They were key in creating a ‘Dalinian’ environment in both institutions, with the tapestries adorning the walls and the porce- lain plates being used for table settings. The Argus tapestry is considered one of the most extraordinary pieces of the collection and will be making its debut in Singapore this September.

The limited edition porcelain plates were developed by Dali and Argillet in 1973. Six different sub- jects based on six of Dali’s famous etchings from the late 1960s were chosen for the plates and a famous porcelain maker in Limoges – Raynaud – was commissioned to create the designs. ‘Bleu de four’, a technique specific to Limoges, using deep blue and gold leaf patterns, was used and all plates were individually numbered. The delicate lines of the drawings as well as the pastel colours have been beautifully rendered in this limited edition series of 2,000.

Dali’s open-mindedness and innate ability to embrace a plethora of topics and themes can also be seen in his etchings and drawings, which address different topics, from religion to eroticism. Pierre Argillet’s daughter, Christine Argillet, spent much of her childhood in the presence of Salvador Dali, and experienced his receptivity and broad-mindedness first-hand. Her presence in Singapore during the opening week of this exhibition will provide invaluable insights into the collaboration between her father and Dali, and works they produced together.