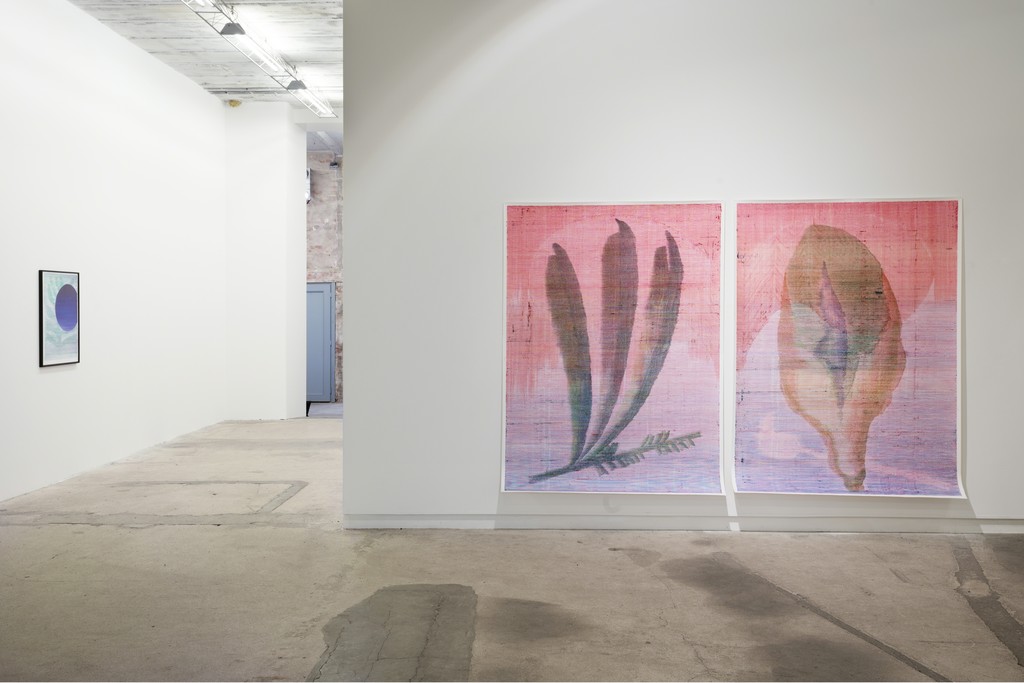 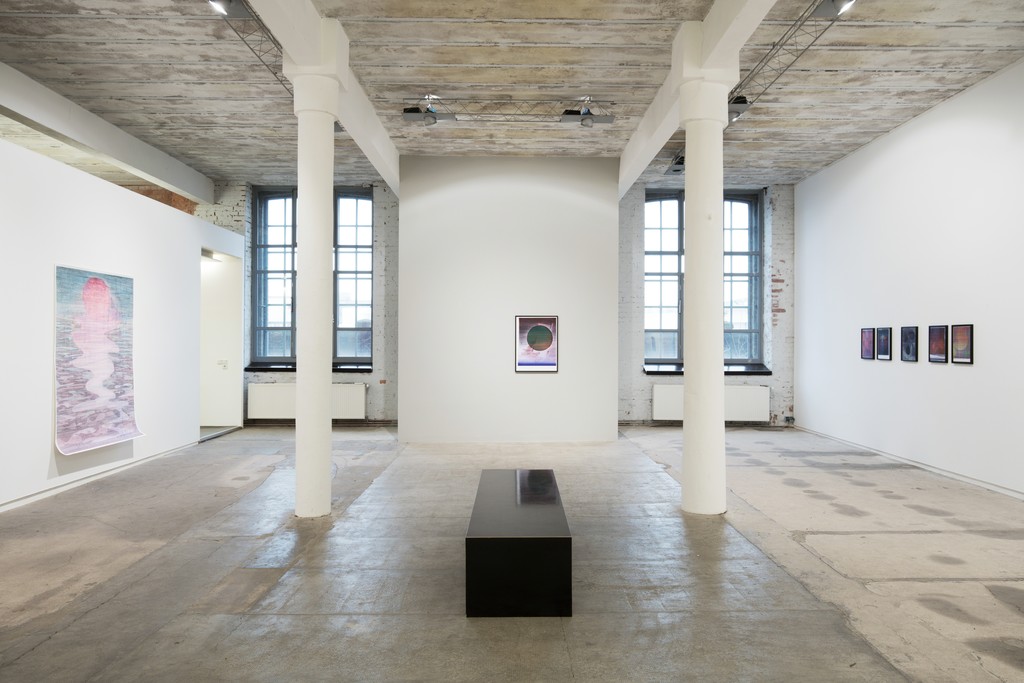 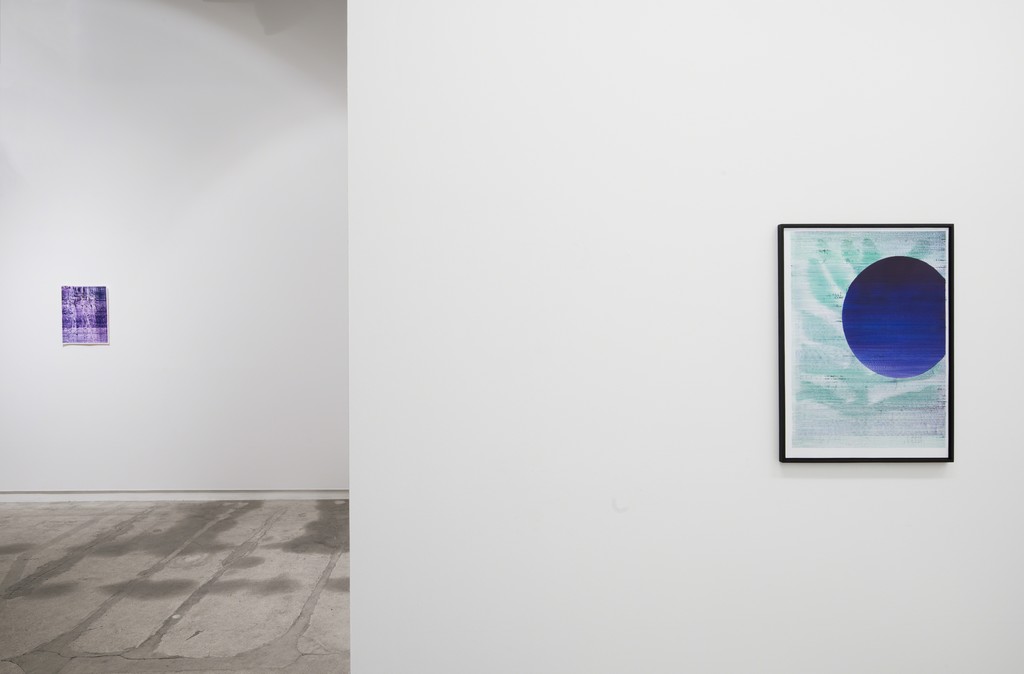 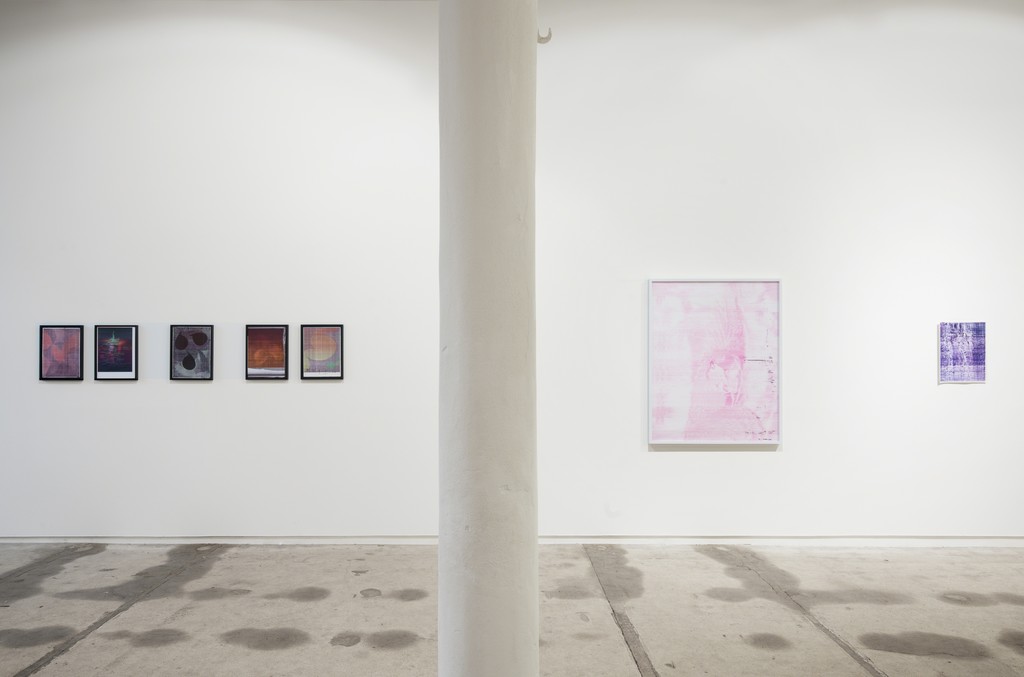 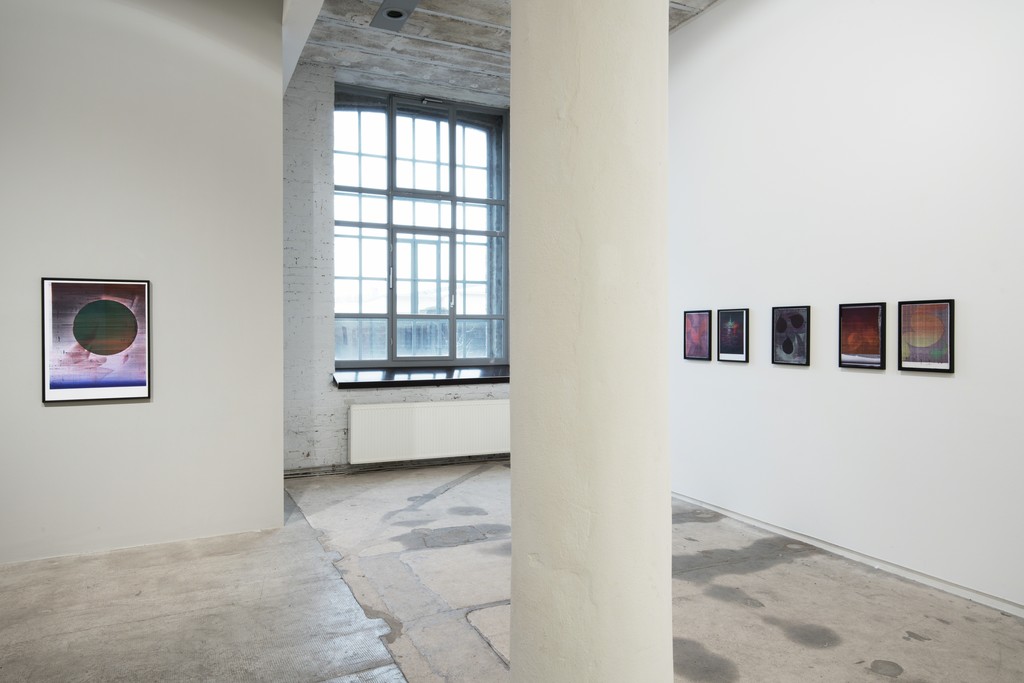 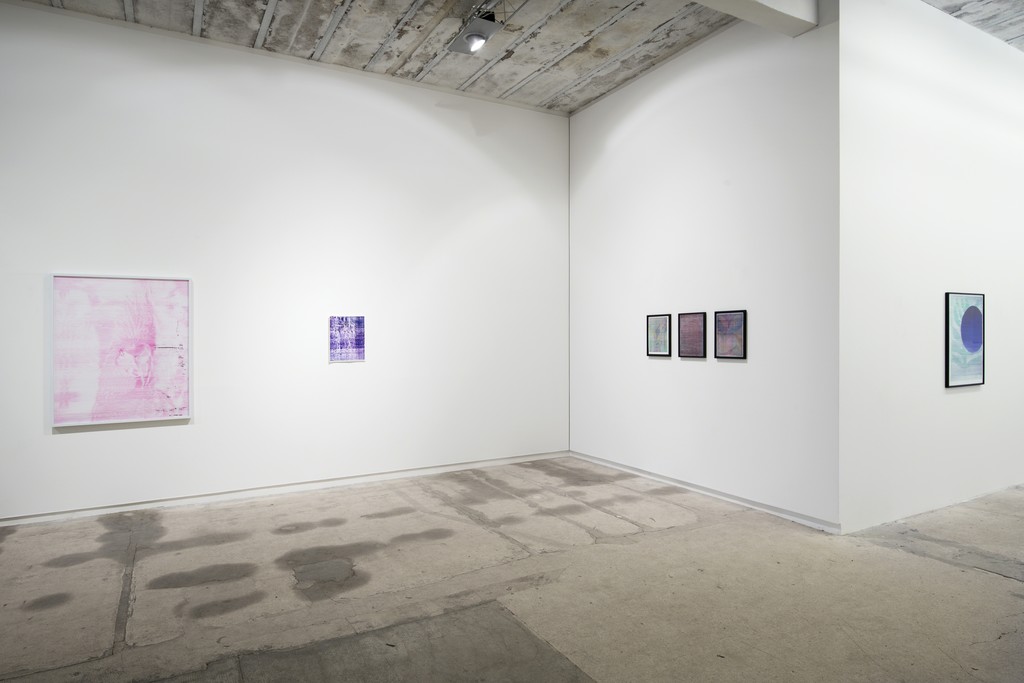 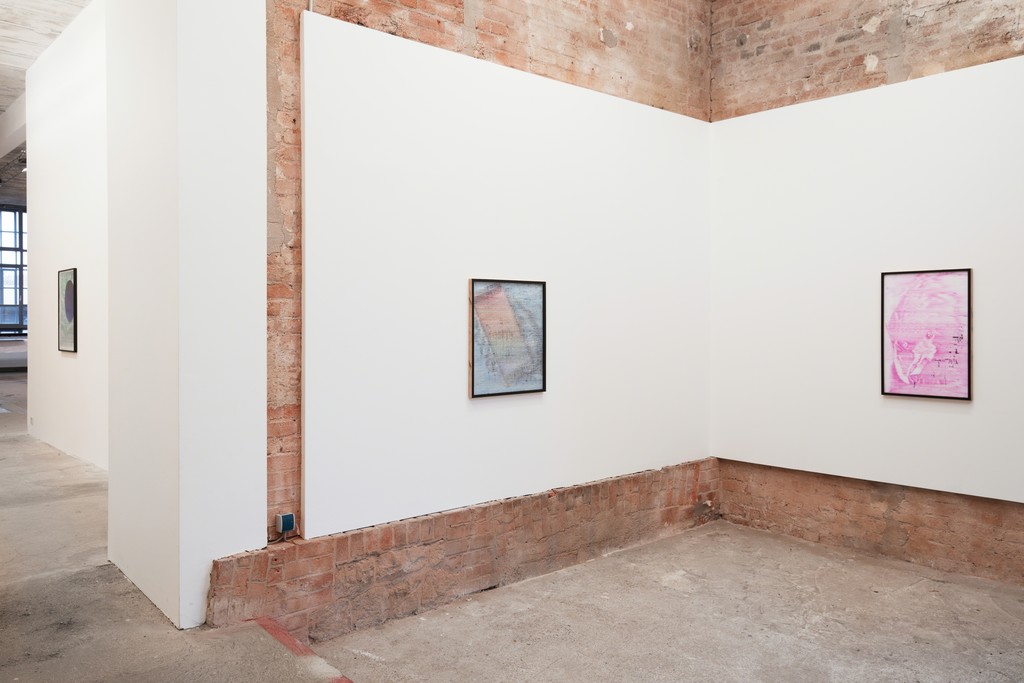 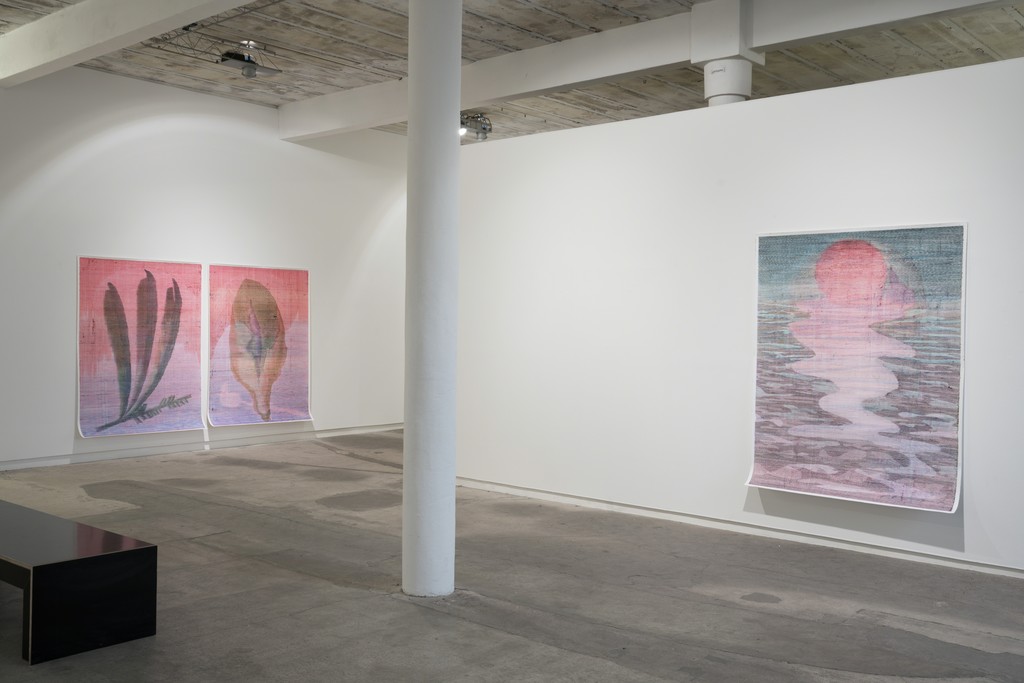 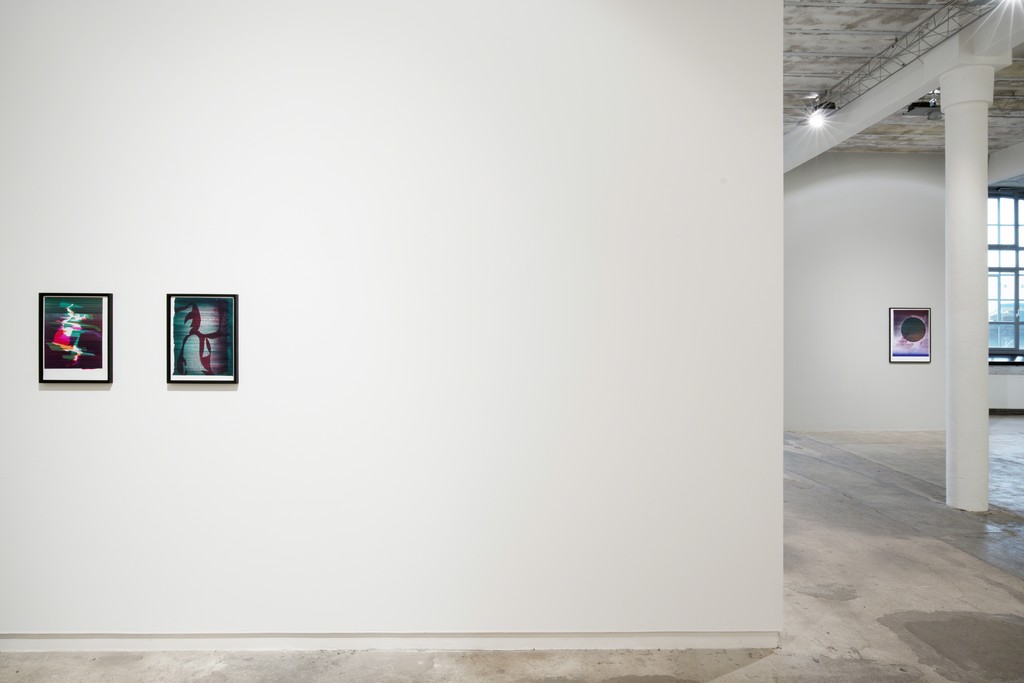 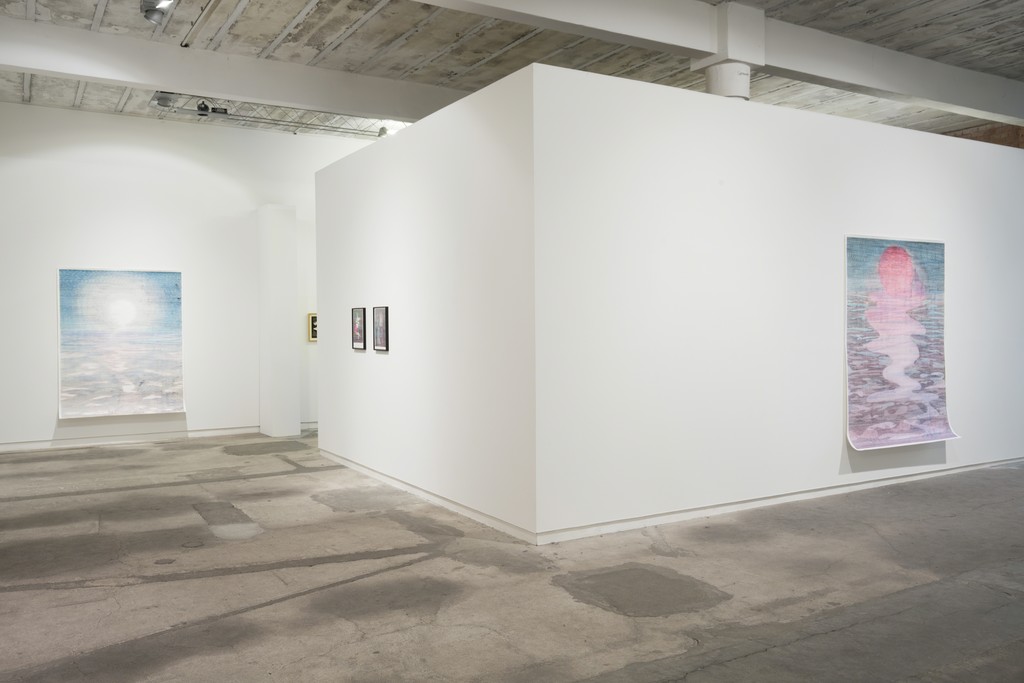 For »The Humming Cloud« Stabe has drawn his inspiration from the voice track Universal Solar Calendar by Angus MacLise, a collection of found-sounds of the 1960s that was published posthumously in 2003 on The Cloud Doctrine. It is from here that the artist takes the names for the works, a recited 20 minutes long calendar, comparable to something between beatnik poetry and trance freakout, that names each day with a descriptive message or characteristic, such as: »Sun Quarter Pass« » The Humming Cloud« »Day of Arcane Light« or » Plains of Paradise«.

The monotonous tone of MacLise's voice resonates perfectly with Stabe's line prose. Just as MacLises‘s words begin to bleed into one another, so does Stabe's line work. In both, their uniform repetition begins to form a polyphonic noise from which an image arises.

Stabe develops his work on a custom designed drawing board, using an adjustable guide rail and stencil expandable to more than 200cm. The simple ballpoint pen line is the one and only morpheme that he uses to build his image, and in doing so he begins to abstract the movement of writing. The endless process of line to line handwriting also implicates a kind of never-ending story with new occurring chapters.

With minimal variations and uniform rhythmic movements, Stabe is able to inject new elements into his line arrangements. He partially intersects them with groups of lines that run vertically, compresses them into wave movements, lets them fray or starts again. Close distances make the lines appear condensed and accentuated, intensifying them by increasing pressure on the paper and modifying them by changing color, whereas greater distances aerate the lines to a seemingly permeable fabric.

Through these small changes in line, Stabe brings his motifs into relief: we can recognise coats of arms, flags, banknotes, symbols of sovereignty and expedition documents. These symbols of identity and culture all stand out in a sketchy, relief-like way from the mesh made of lines.

Stabe’s technique is not the result of a drawing board experiment. It is an examination of various graphic techniques, as well as the attempt to assert the process of creation as its own expression in the work. A formal affinity to copper engraving is evident and the pendulum motion of the hand, swinging over the paper, adds a meditative, almost contemplative context to the work, similar to kinetic art.

This basic gesture of serial repetition recalls the minimalist work of Agnes Bernice Martin. In her work, an absolute abstraction is created by interweaving horizontal and vertical lines to stretch the pictorial space, without affecting abundance or emptiness. Inspired by this approach Stabe pursues his own method, giving the linework not only its own unique character but also concrete content without a specific subject matter. In this way, his motifs can be constantly shifted to avoid any genre-loyalty.

With its intense relationship to color and perception theory, Stabe's process comes closest to the artistic approach of Divisionism. The visual effect of monochrome color surfaces, created by mixing different colored lines, and then dividing the surface into segments breaks the light, reflects or absorbs it. Light movement, water reflections and shadows in Stabe's works are of extraordinary intensity.

The greatest affect of Stabe's line-work is the play with visualized materiality. The woven lines at times appear to the observer as the finest brocade fabric, like coarse linen, as in "Rose Over the Cities," or they manifest as seemingly electronically generated distortions and interferences as in "Gesture to the Declining Sun". Stabe examines old prints on hand-made papers, such as in "The Long Dim Under" or photographic misprints or glitches for "Flag III." Finally, he even draws on photographs of occult phenomena, such as materialization, in "Day of Mourning" and "Establishment of the Dreamweapon II."

The work series »The Humming Cloud« develops an optical noise, a sound cluster of hard, soft, quiet and powerful harmonies, as well as a rhythmic mobility that is unique and knows its way around color theory, perspective, architecture, kinetics and geometry.