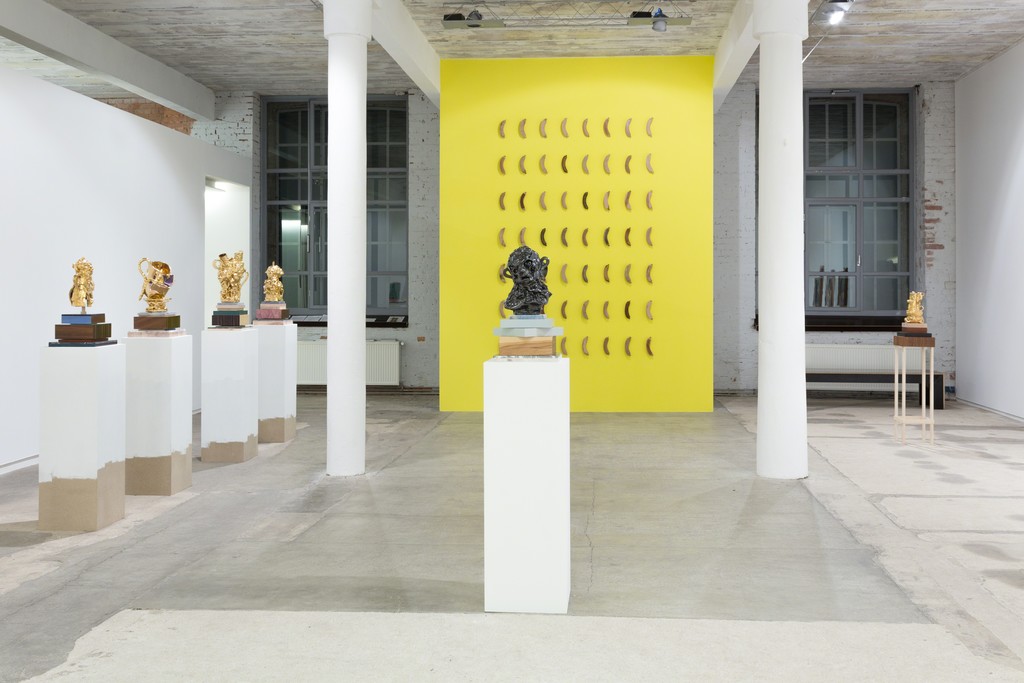 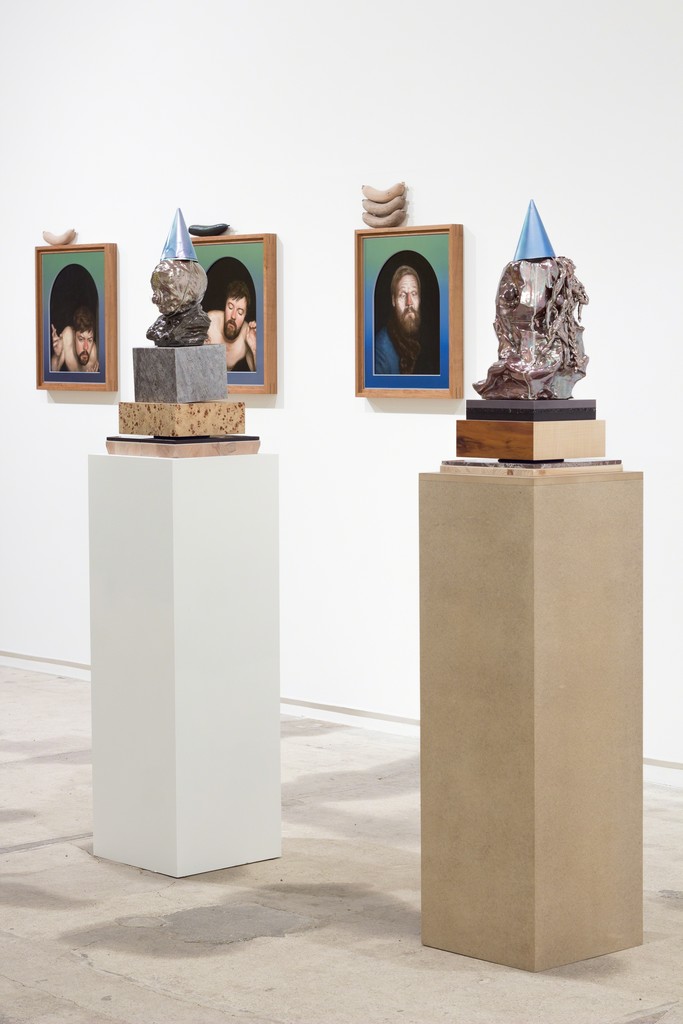 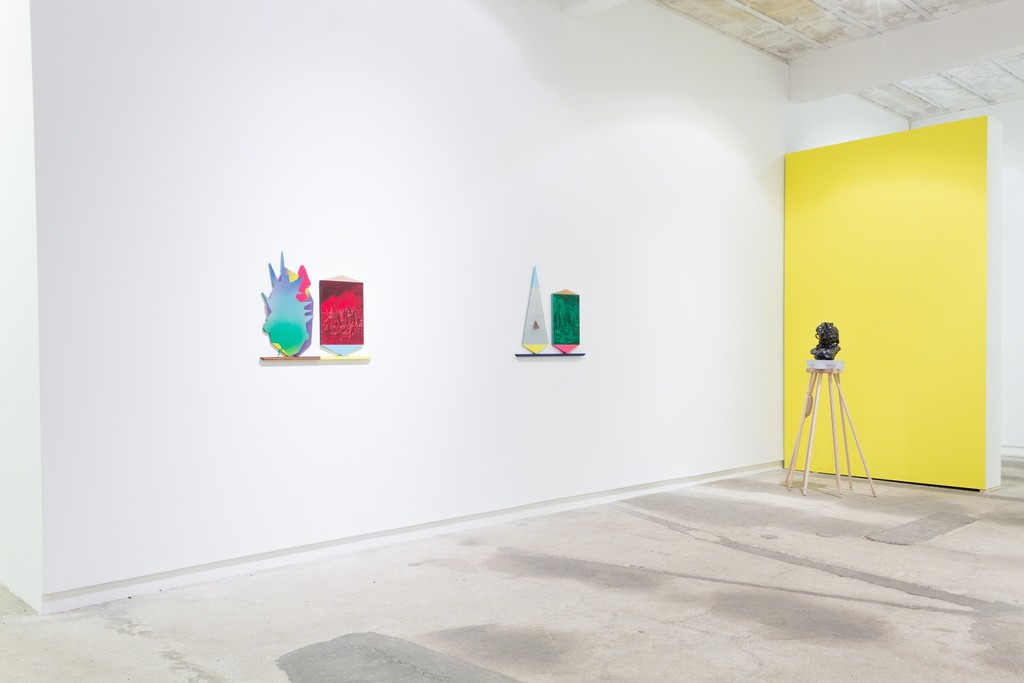 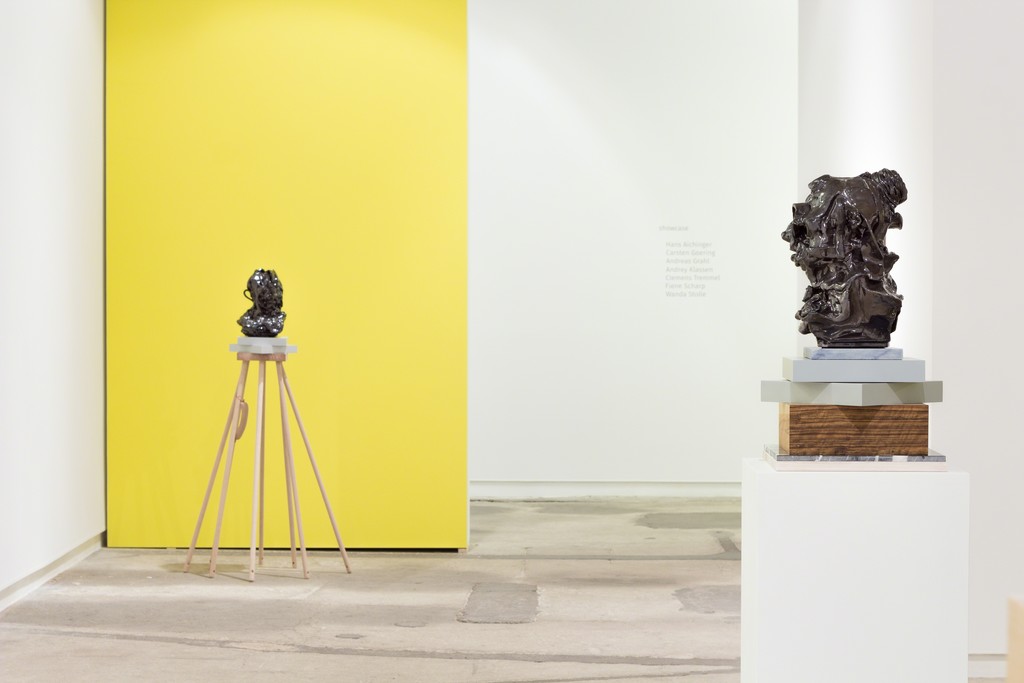 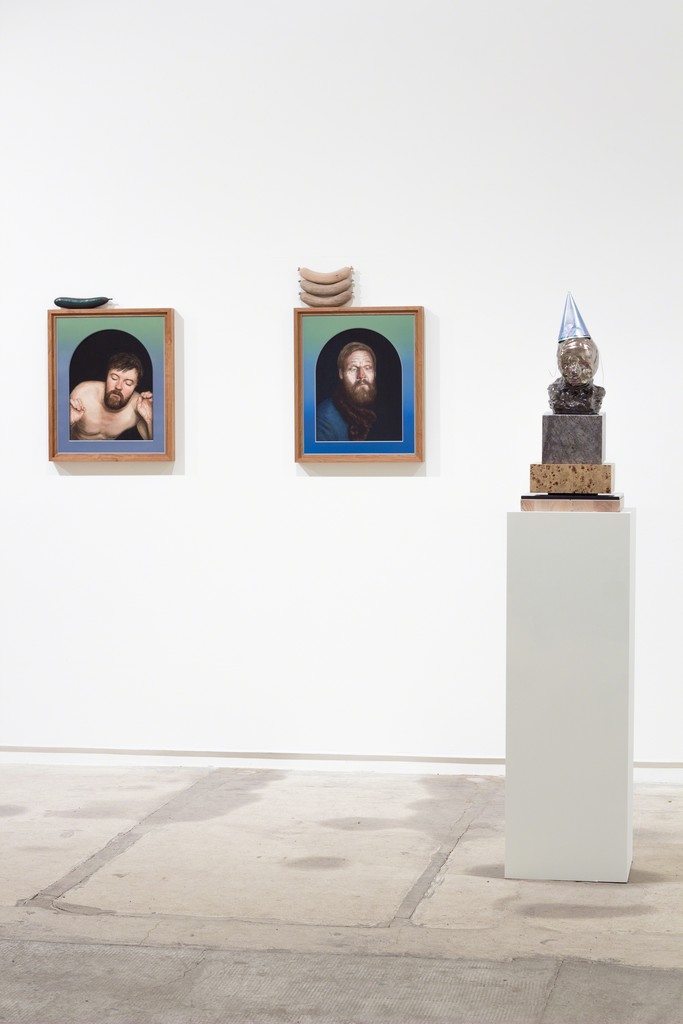 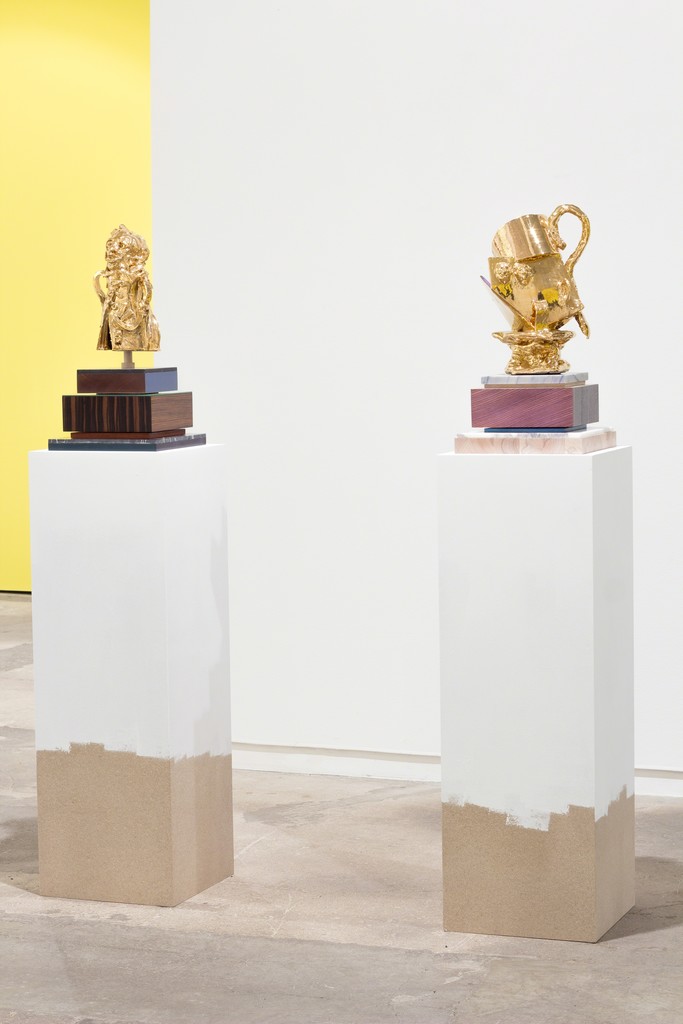 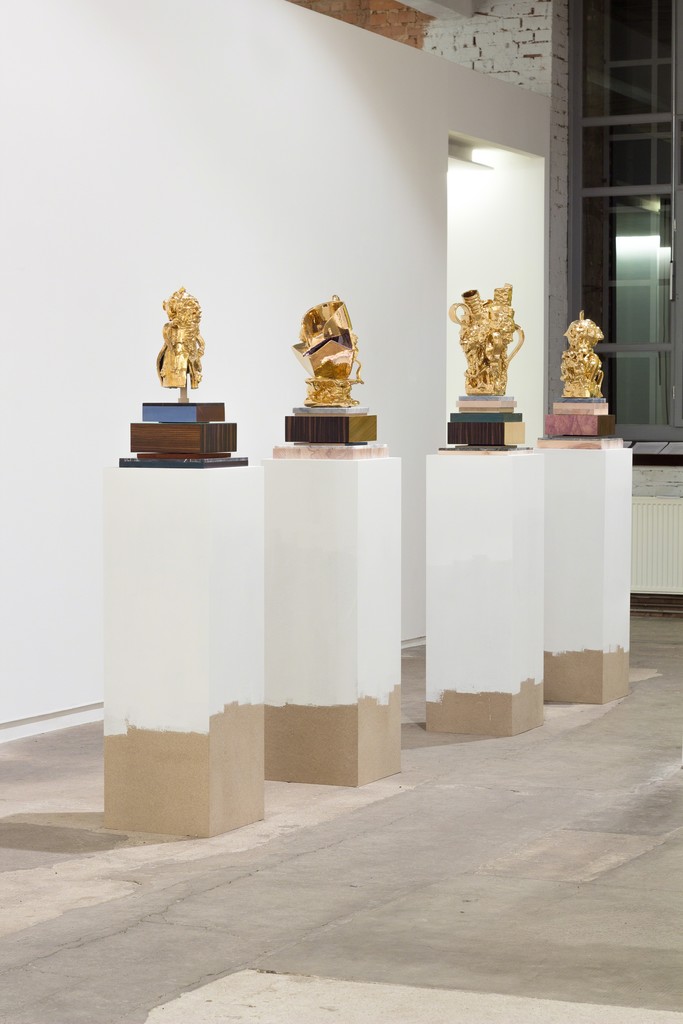 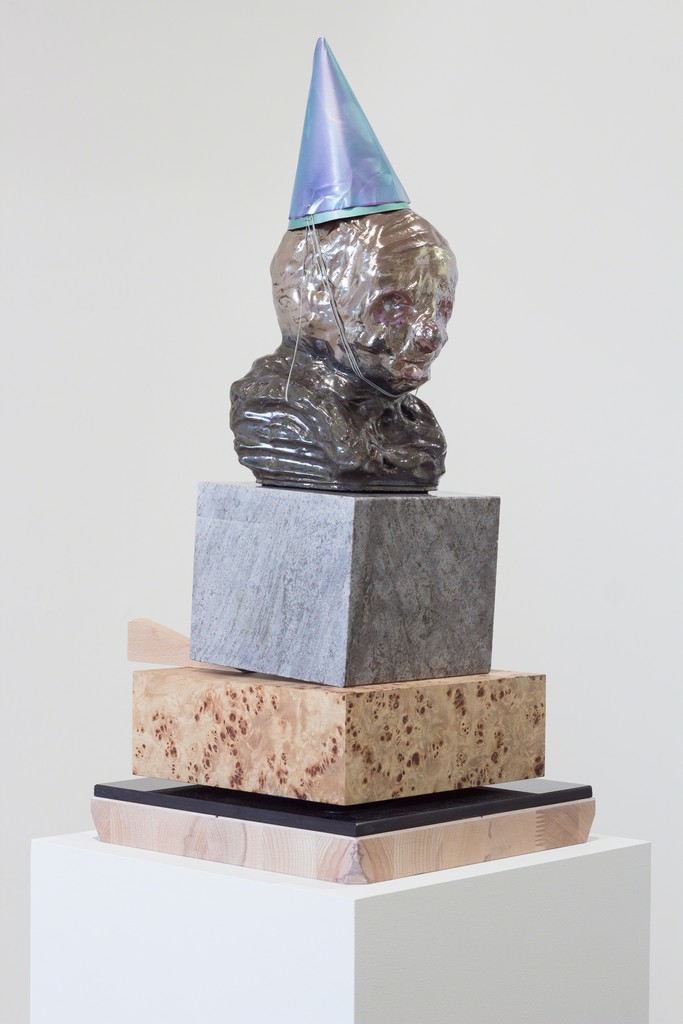 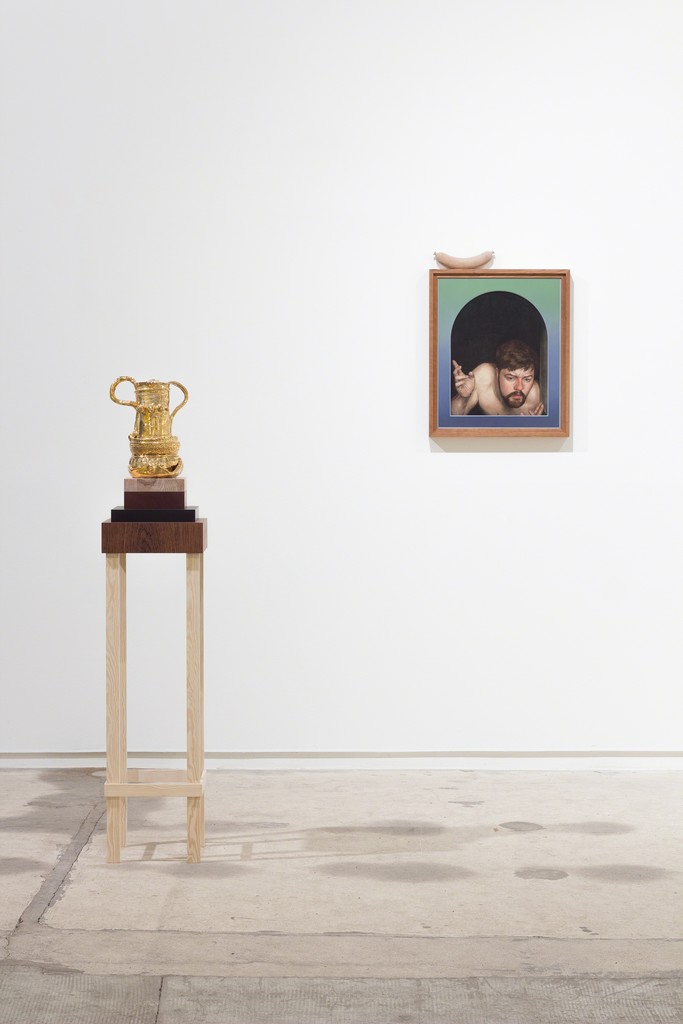 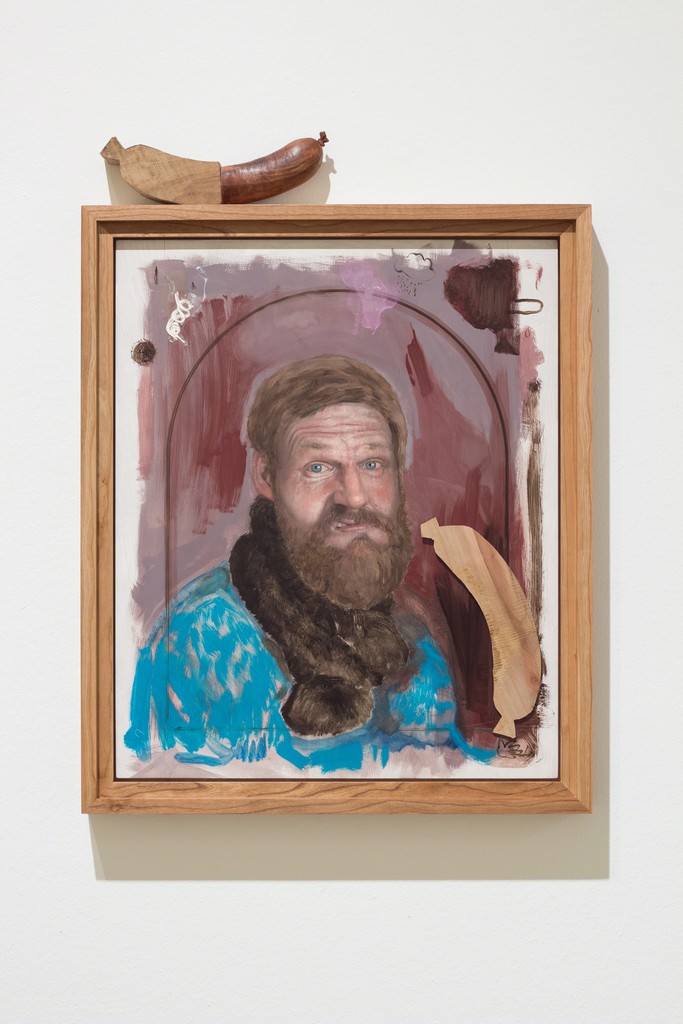 Sebastian Neeb's work does not seek to foretell the future; instead it is solemnly declared as an ironic snapshot to be observed. Neeb employs a high quality standard throughout his use of various artistic skills such as painting, object and sculpture. He then combines such elements to form a unique whole using artisan techniques and varied materials, for instance: wood ceramics, metal, natural stone and colour. Thus, Sebastian Neeb can administer different types of raw materials, processes and technologies to materialize his initial ideas.

Neeb's curiosity, desire to create and especially his enjoyment in making art is easily recognized through his attention to detail mixed with subtle hints of humor. He invites you to take your time whilst inspecting the works, to let your thoughts roam free and to allow your senses to be entertained.

The exhibition explores the notion of everyday verbal and nonverbal communication, including its possible means of seduction, promises, temptations, restrictions, and failures. When one is constantly surrounded by the obvious and the authoritative who controls their every needs, they become weak, and eventually can no longer differentiate between fact and fiction.

The hard facts are usually exaggerated or disguised, which makes them difficult to spot. What is left behind is sorted into whatever category works best at the time: things you want to hear, things you want to see, and what you want to know. This idea is reflected in Sebastian Neeb's trophies, they quickly show us what is best, true and good. Although what is presented as fact today could be twisted into fiction tomorrow – fake news – fake slogans and fake happiness.

Need presents his trophies in the manner of the old masters. The ceramic heads are not known characters or people; they reference human traits. Like a faceless enthroned preachers they sit on a precious pedestal that is made from materials such as wood, granite, marble, varnish and ceramic. The trophies are presented for nonsense achievements, but are covered in gold which suggests they are of higher importance. The application of thin gold plating hides the true value of the material through its appearance.

Other works in the exhibition are examples of Neeb's perfectly balanced components, as at first they carry the artistic seriousness of mastery skills that are then contrasted against traces of humour. Sebastian Neeb's unique skills give the work the attention they need in order to be both complex and fun at the same time.

The wooden sausage is a reoccurring theme in the exhibition. An ingenious symbol like a modern version of the Golden Calf, a metaphorical way to unmask stimulation. The projection of modern greed through the luxury of abstract saturation could not be achieved more vividly.

The wooden sausages and the golden trophies are on the same level of entertainment and manipulation. There is no need for excessive psychological explanations to prove the ease of seduction. Instead, the artistic and skilled talents are used to produce clear thought through the overly intellectual and tricky interpretations. This show is the subsequent second part of the »Manipulation through Entertainment« exhibition. In the first part »The problem with the wooden wurst« (maerzgalerie Berlin 2015) Neeb had already created the connection between the feeling of blindness and realization when one being confronted with his objects. In the current »You won't believe what happens next - Manipulation durch Entertainment II« Sebastian Neeb further develops his sphere of action to enforce confrontation.