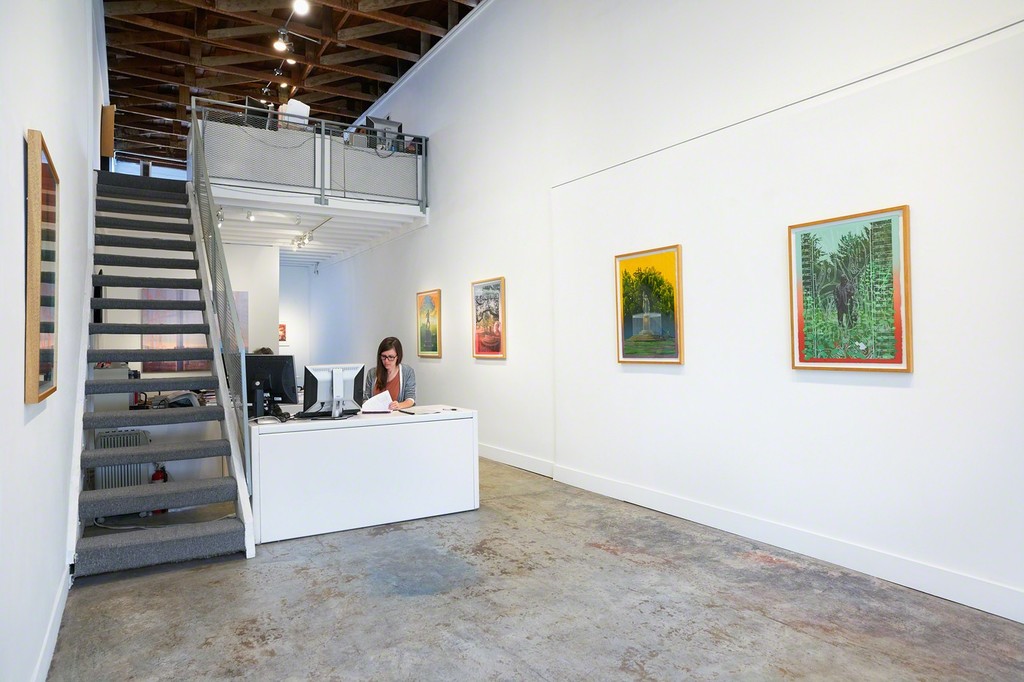 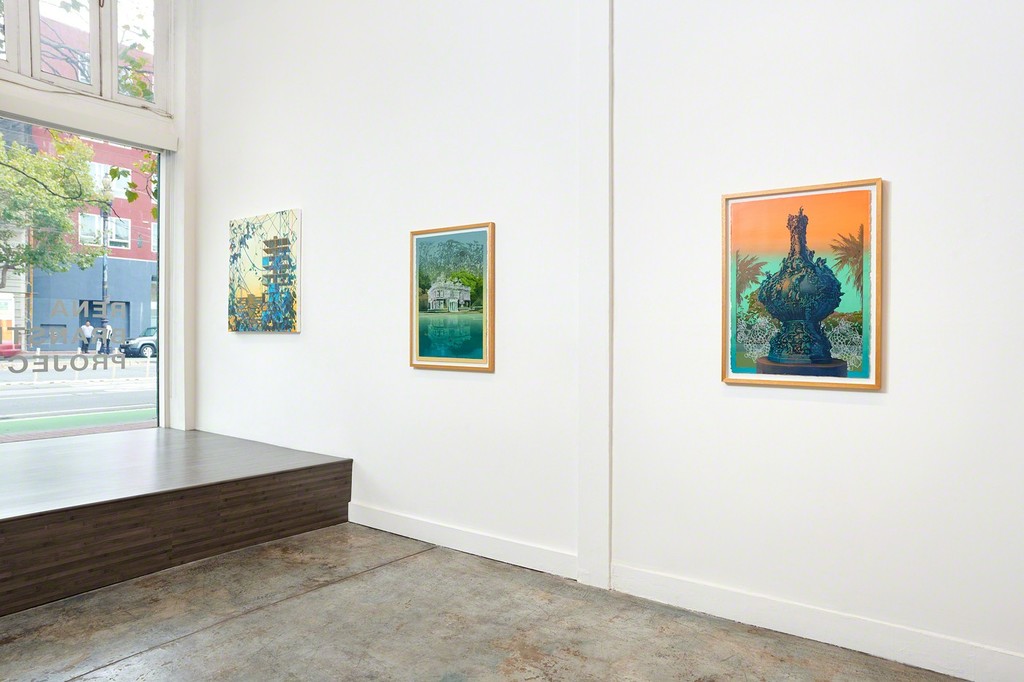 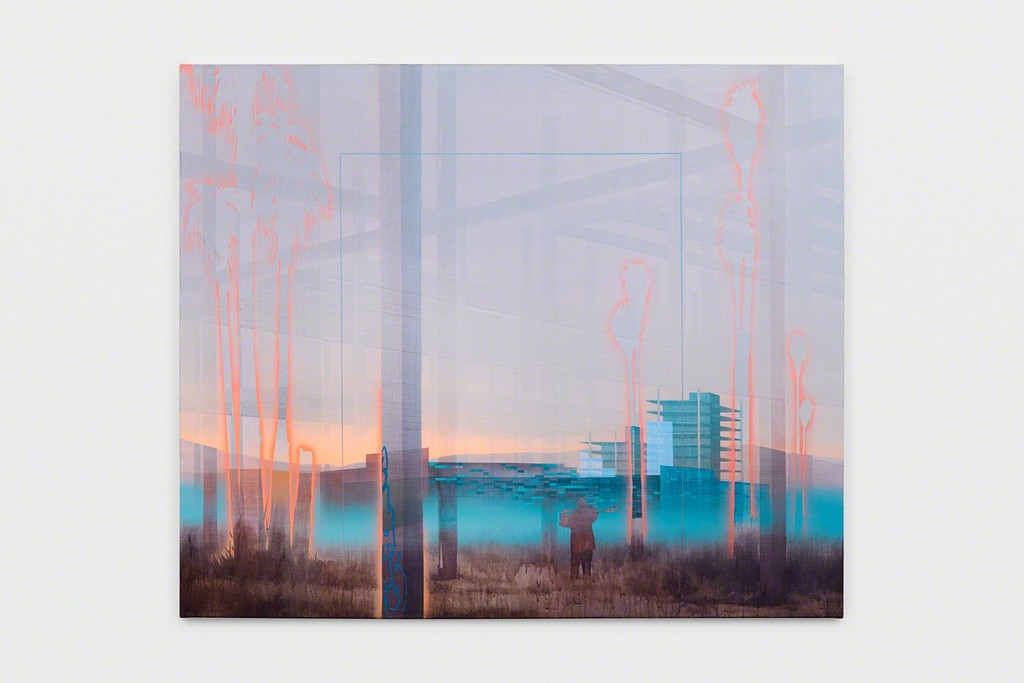 Robert Minervini’s work is grounded in the structures of reality, but ultimately invites us in to a dreamlike, surreal space. Part utopia and part dystopia, these spaces are brimming with hyper-real color, and are rendered in vivid detail. With an ecological interest in human’s impact on the landscape, and a keen examination of spatial environments, Minervini seeks to depict a “new natural – a contemporary idea about beauty and the sublime.”
Invisible Reflections, a series of acrylic paintings on paper, surveys six monuments in Golden Gate Park. Minervini's interest in culture and landscape, and how the two coincide, inspired the series which was recently installed on MUNI bus kiosk as part of the Art on Market Street project, a collaboration with SFAC. Through this work, Minervini offers the viewer new contexts for these historical icons, which often go unnoticed by park visitors. Each of the six paintings depicts one individual monument, but interwoven with this imagery are white line drawings which represent the memorial's historical framework – the Sara B. Cooper Memorial painting includes a drawing of the elementary school named after her, while Portals of the Past, the only monument to commemorate the 1906 earthquake, includes the ghostly image of the Towne family home which was destroyed in the 1906 fire. Minervini’s work invites the viewer to become more engaged with the rich history of San Francisco, with the hope that it will inspire further inquiry into our surrounding environment. In addition to Invisible Reflections, this exhibition will also include a few new paintings by Minervini which continue his exploration of place, nature, and culture.
Robert Minervini received his BFA from Tyler School of Art and his MFA from SFAI. His work has been exhibited at the Schneider Museum of Art, Yerba Buena Center for the Arts, the Bedford Gallery, the Brooklyn Historical Society, and the San Francisco Arts Commission Gallery. He is a recipient of the Murphy and Cadogan Fellowship by the San Francisco Foundation, and has completed multiple murals and public artworks nationally. He has been a resident artist at the Bemis Center for Contemporary Arts, the Headlands Center of the Arts, and the Vermont Studio Center. His art has been widely published and reviewed. He currently lives and works in Oakland and San Francisco.