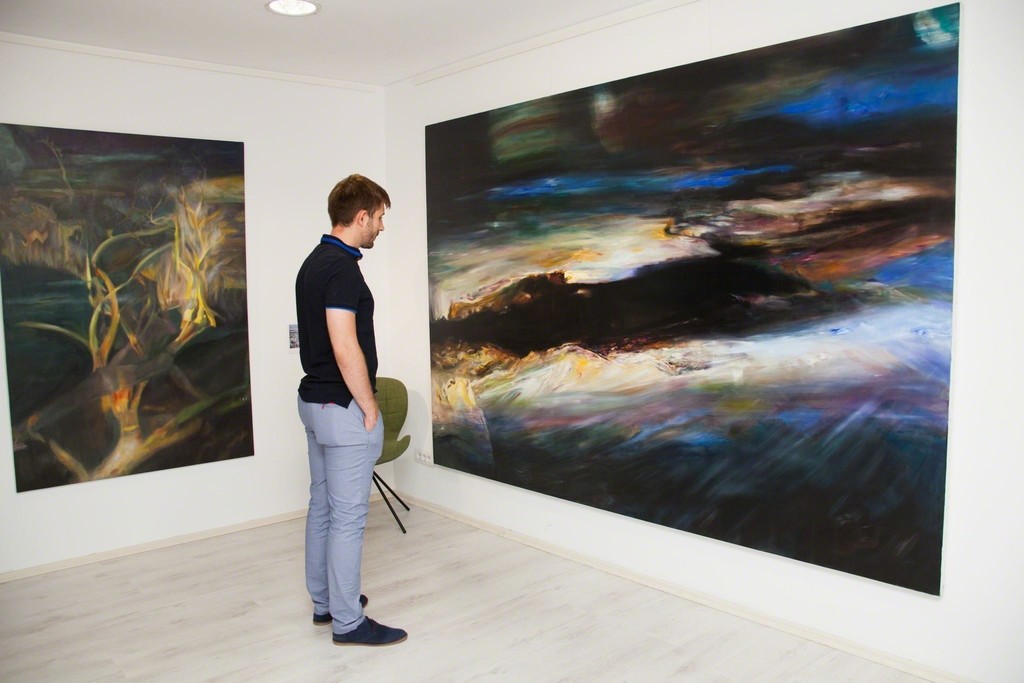 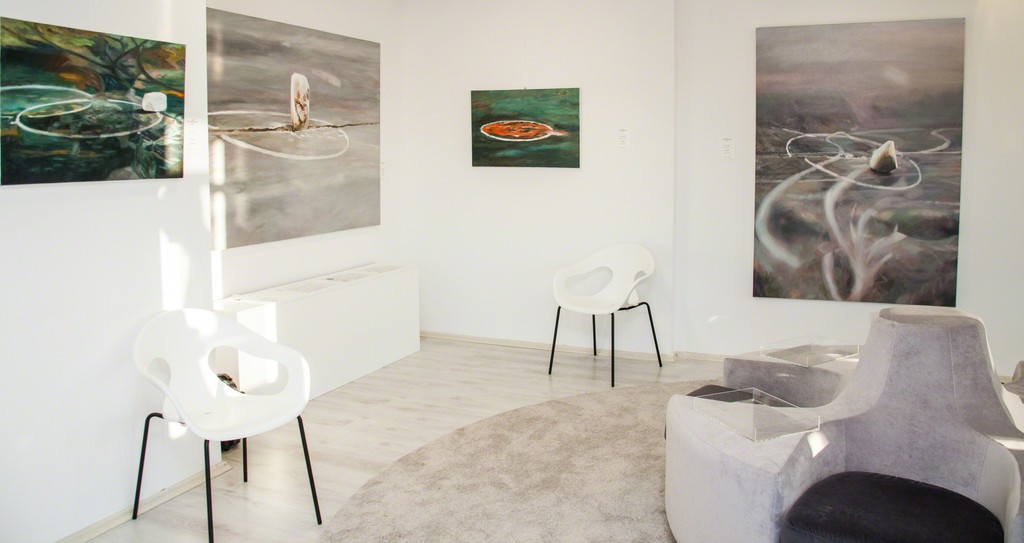 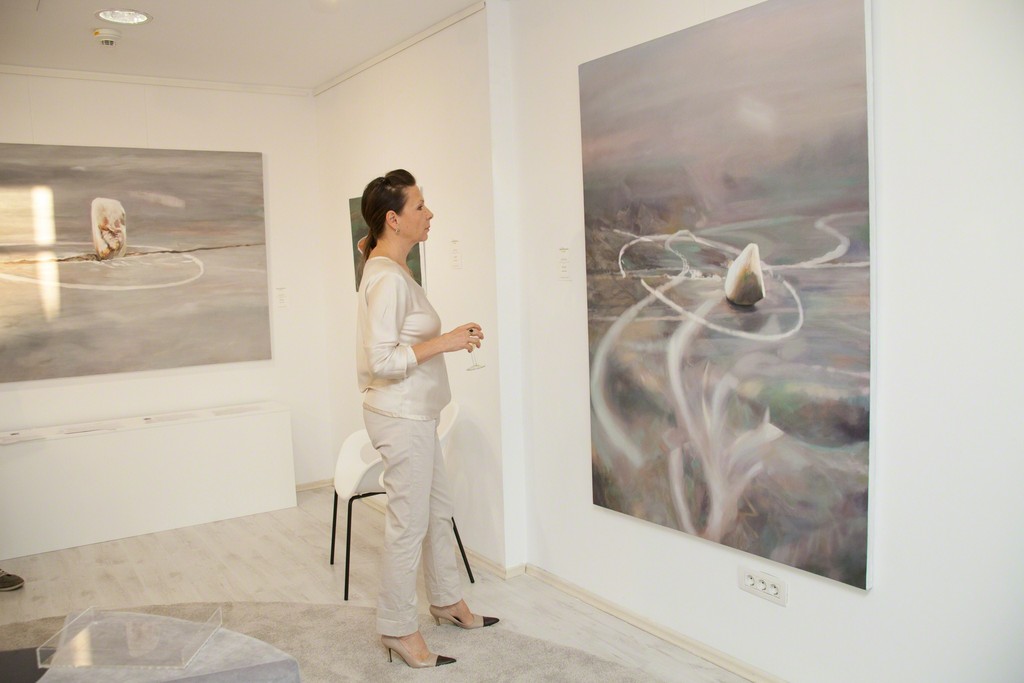 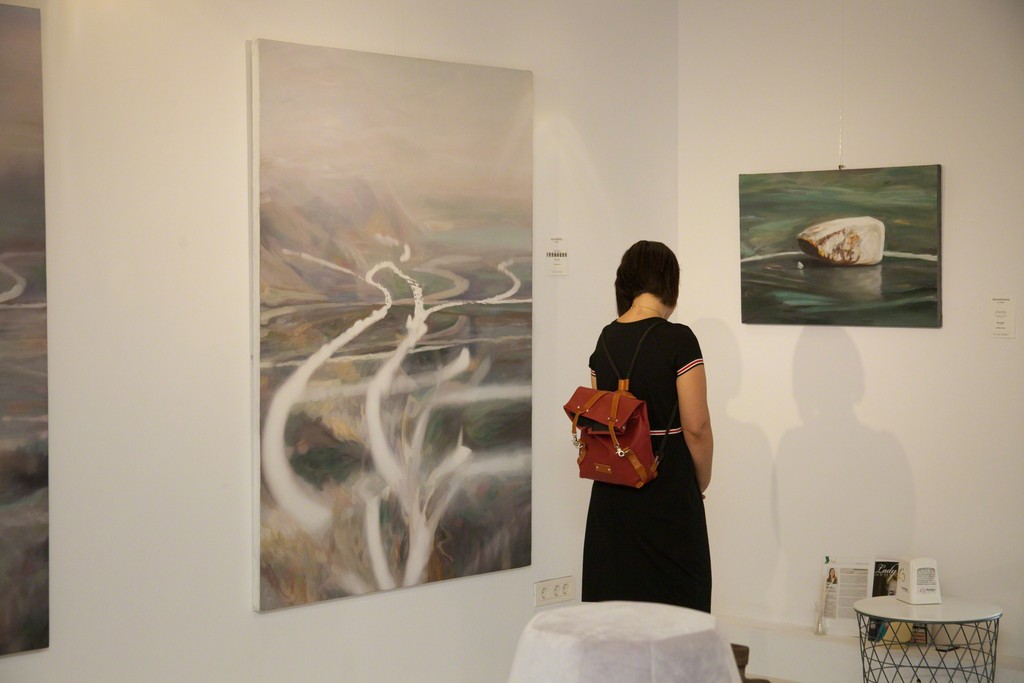 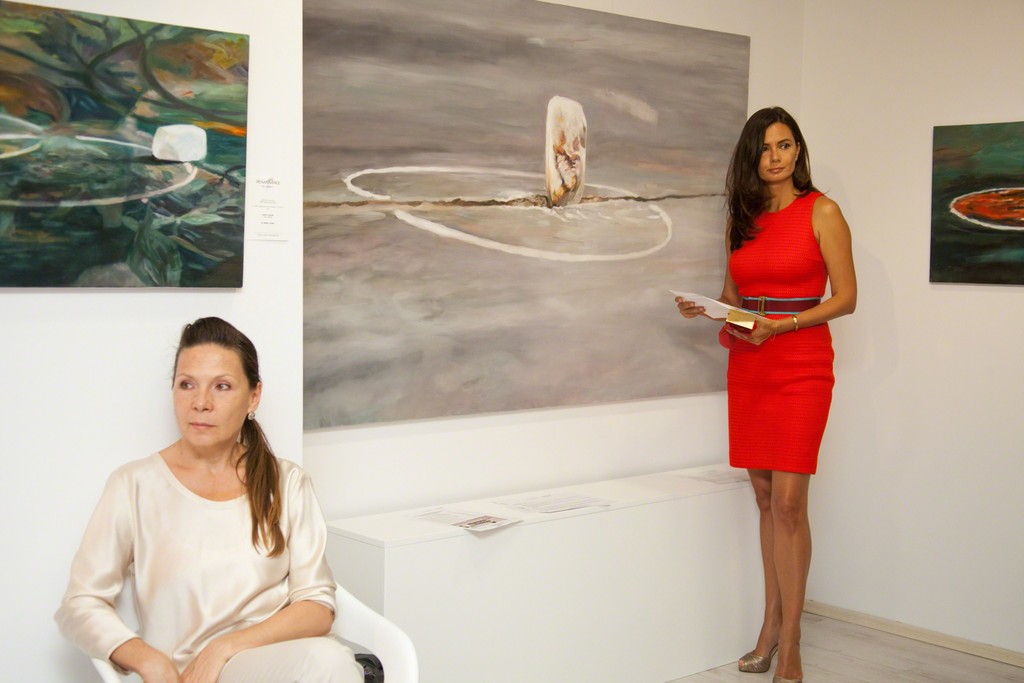 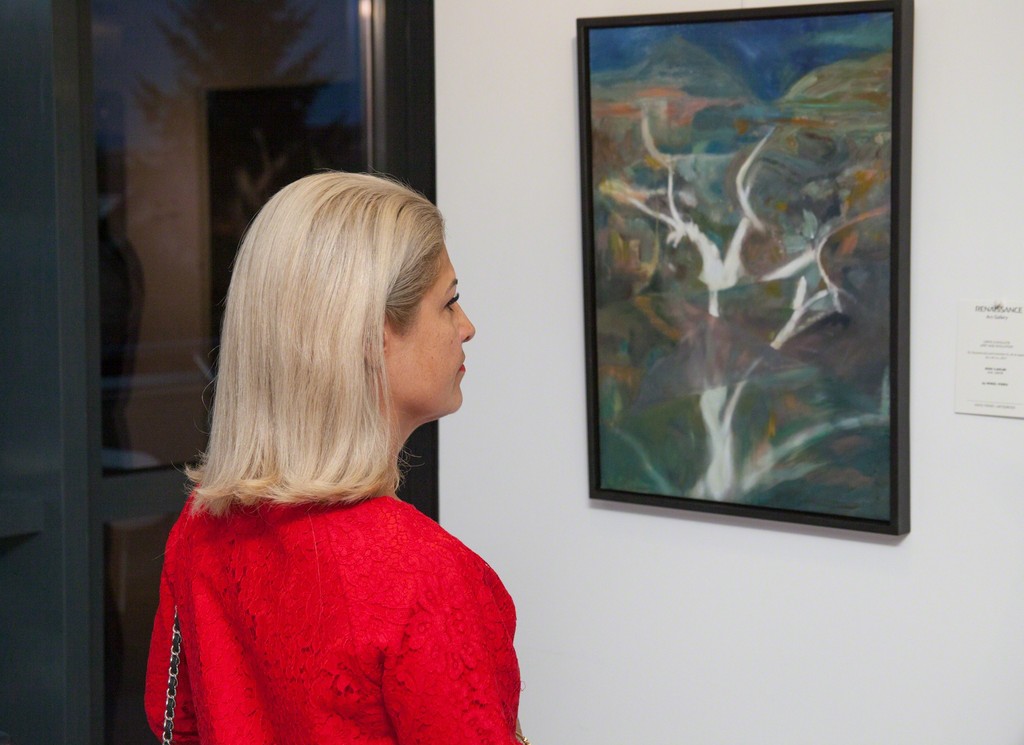 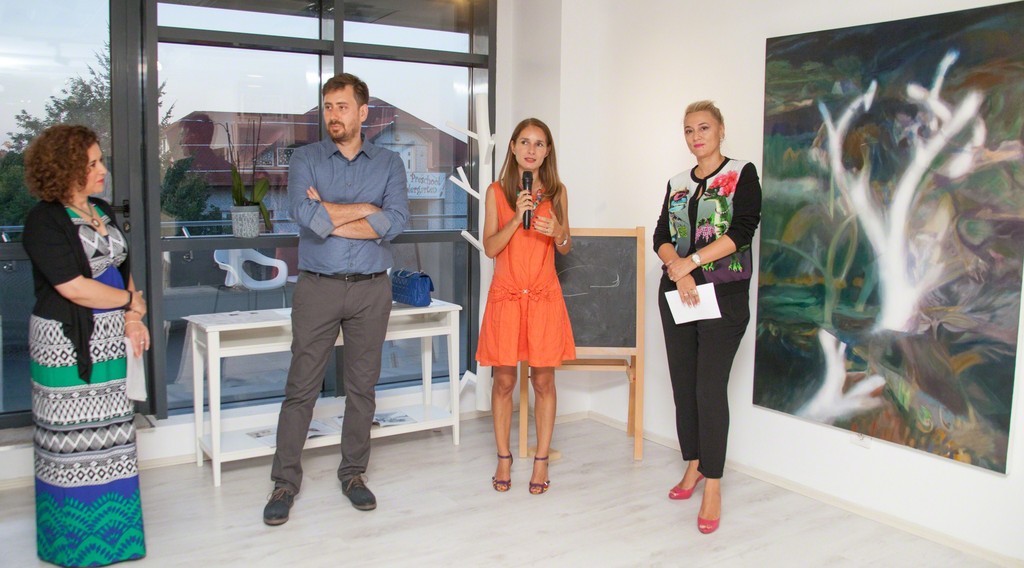 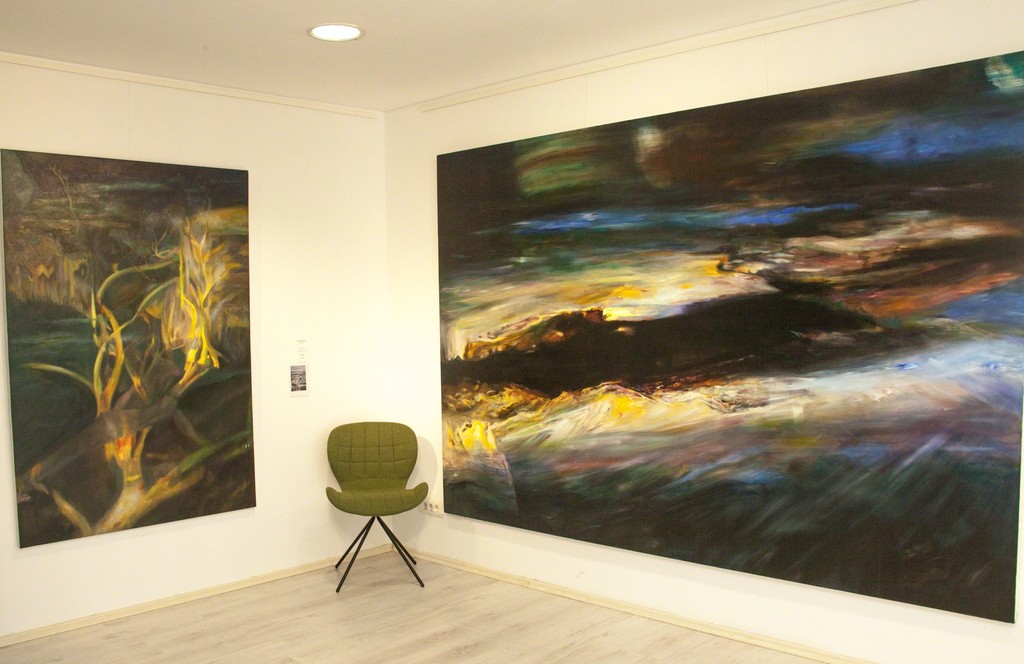 With "Limit and Evolution" Mirel continued the LIMIT theme from his exhibition back in 2015 entitled "Lines and Limits". With "Limit and Evolution" Mirel wanted to be participate to his own evolution as an artist and to outbreak his own limits by using a special technique that brought a lot of innovation to the old technique of oil painting. He started almost all of his paintings from a photography of still nature taken by him following to create the abstract paintings digitally in a sequence of 10 to 20 images that he had to copy afterwards exactly and create the final painting.
He photographed pieces of chalk that are used to break the lines and limits symbolizing the evolution and also photographed dried pieces of grass that ended up to representing his lines in the abstract paintings.
In the works part of previous exhibition “ Lines and Limits” the lines were very strict showing clearly the limits but in his exhibition “Limit and Evolution” he broke the lines , therefore he broke the limits, letting the color to came out of them, letting the viewer to travel with his own mind and imagination into a fantastic perspective.
"I see the limitation theme as one of the essentials of our reflective rapport with the world"- Mirel Vieru.
In philosophy, in art, where horizons are mobile, fluid, not rigid, fixed and exact, bounded by limits and constraints, what is distinguished is the difference, the novelty, the overcoming of limitations.
In this way, during the course of history, it will become inherent, the very discontinuity of a linear, orderly evolution. An increase in evolutionary complexity - we can say so - will open the way to a different evolution, marked by the emergence of a threshold in its linearity. Difference, novelty are now occurrences. Limitations being soft, vague, will lose their outline.
If the absence of limitations in endless contemplation means the deletion of their contours, it naturally results that the evolutionary process comes from what we have labeled as the notion of discontinuity.
In ancient Greece (the cradle of Western philosophy), being, the entire existence was named to on. Discontinuity to which we are referring is then an ontological differentiation.
In this sense, discontinuity is considered as a condition of co-existence. It not only denies limitation, depriving it of existence; discontinuity also limits optimism, revealing it as an overcoming transgression of the possible.
Positive or negative, in other words ambivalent, limitation prohibits and denies transgression, on the one hand, nonetheless it is also that which confers substance to the transgression itself.