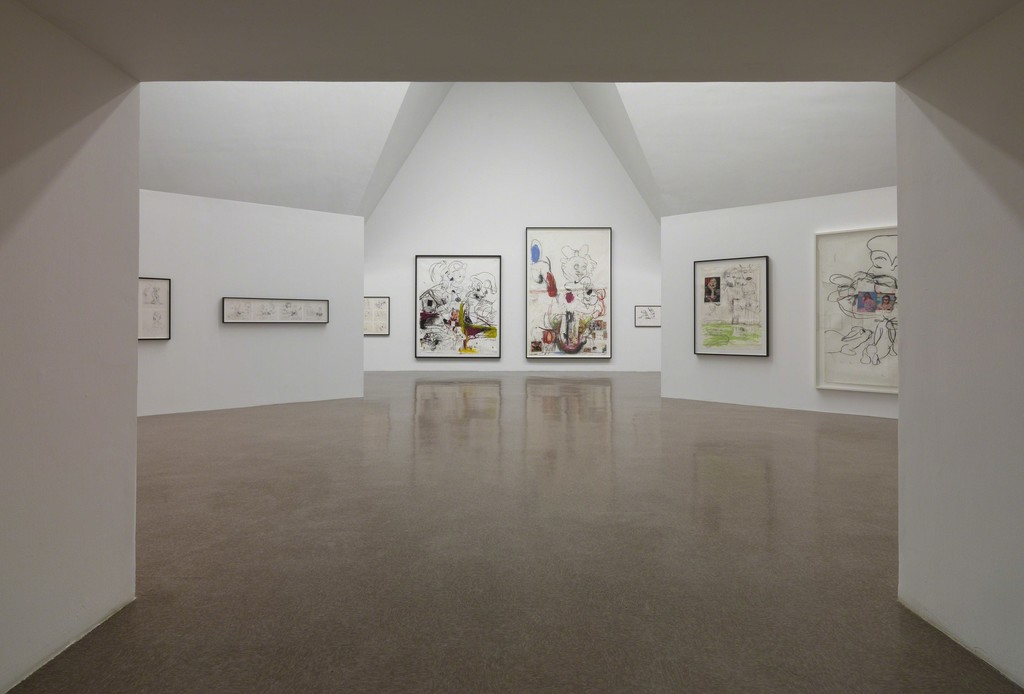 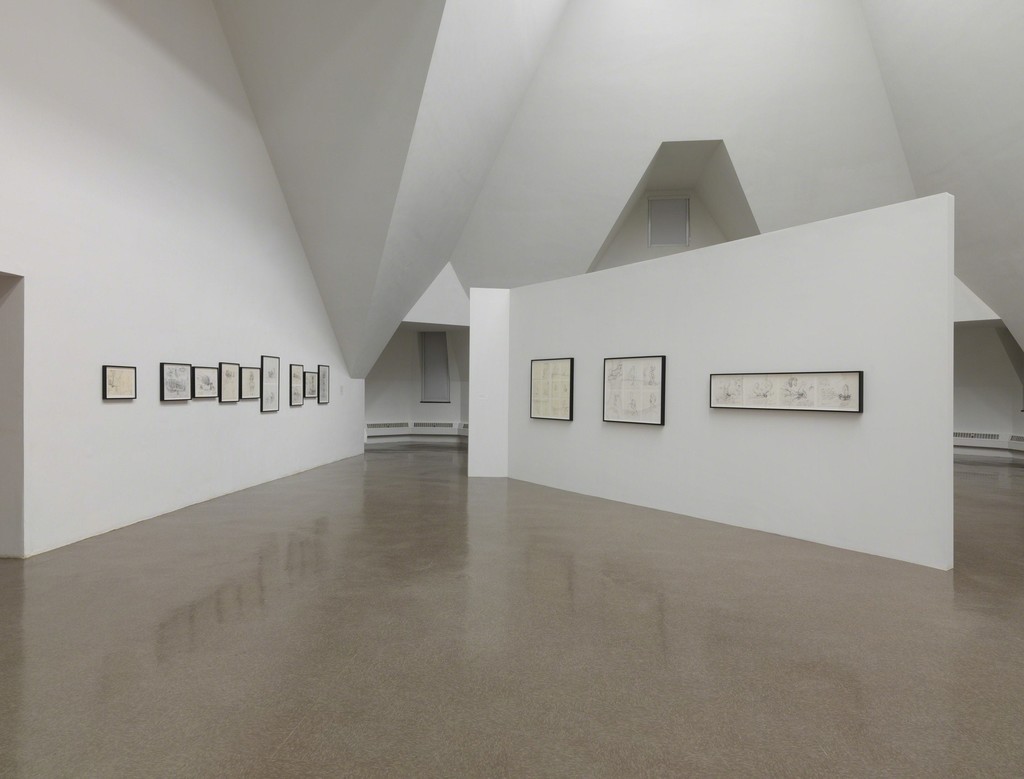 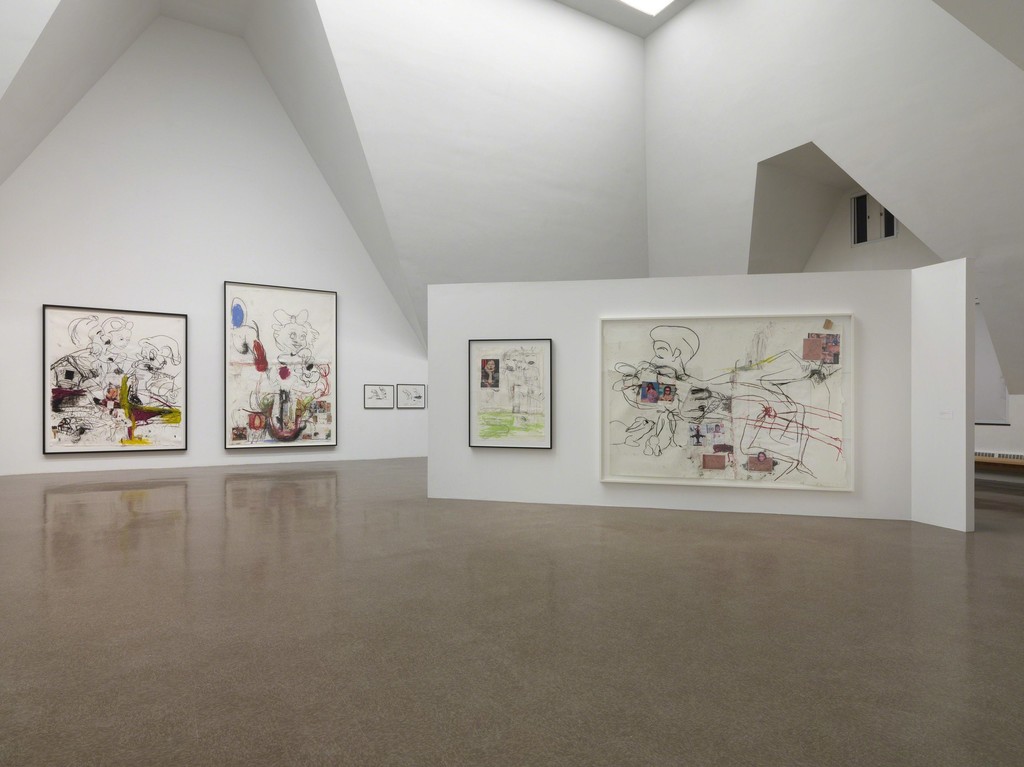 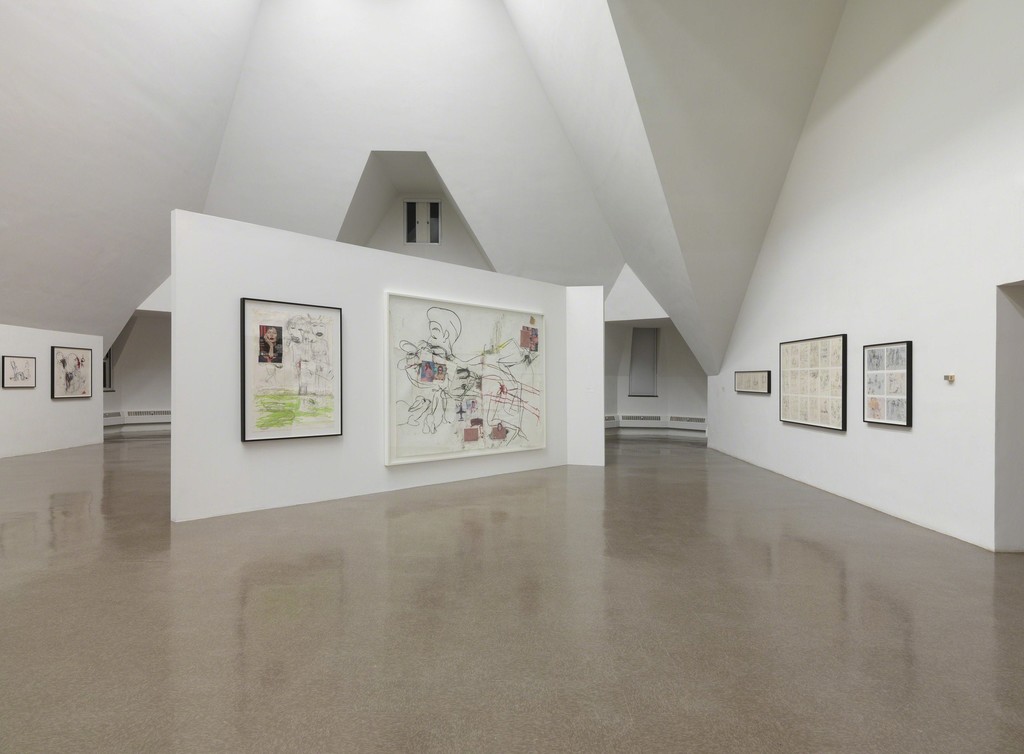 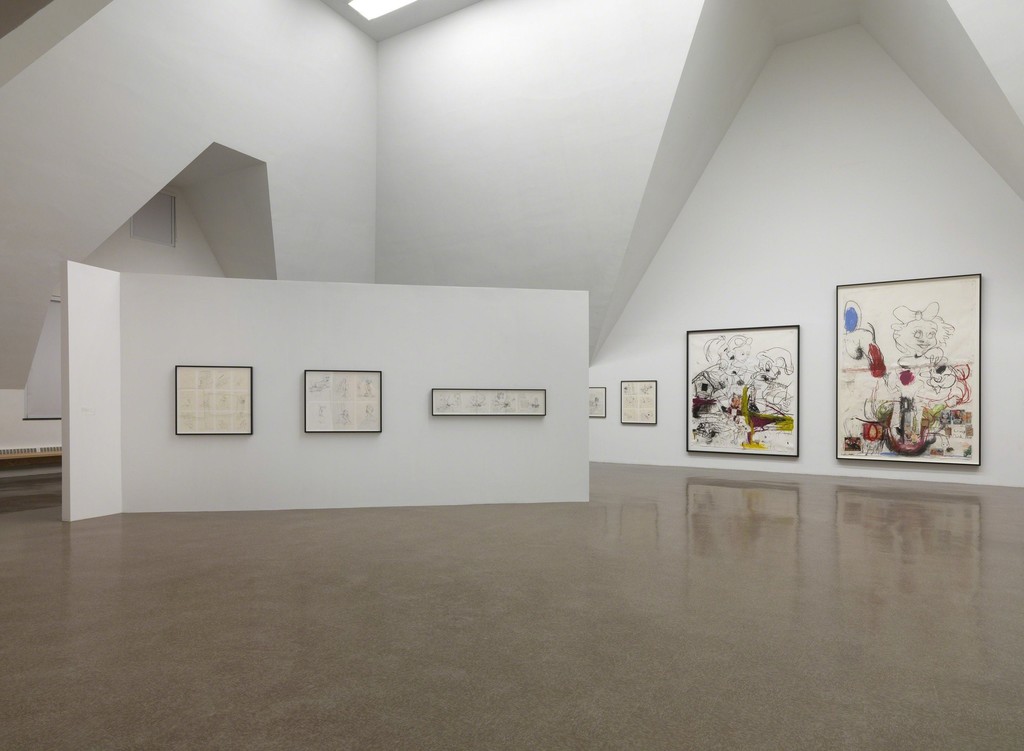 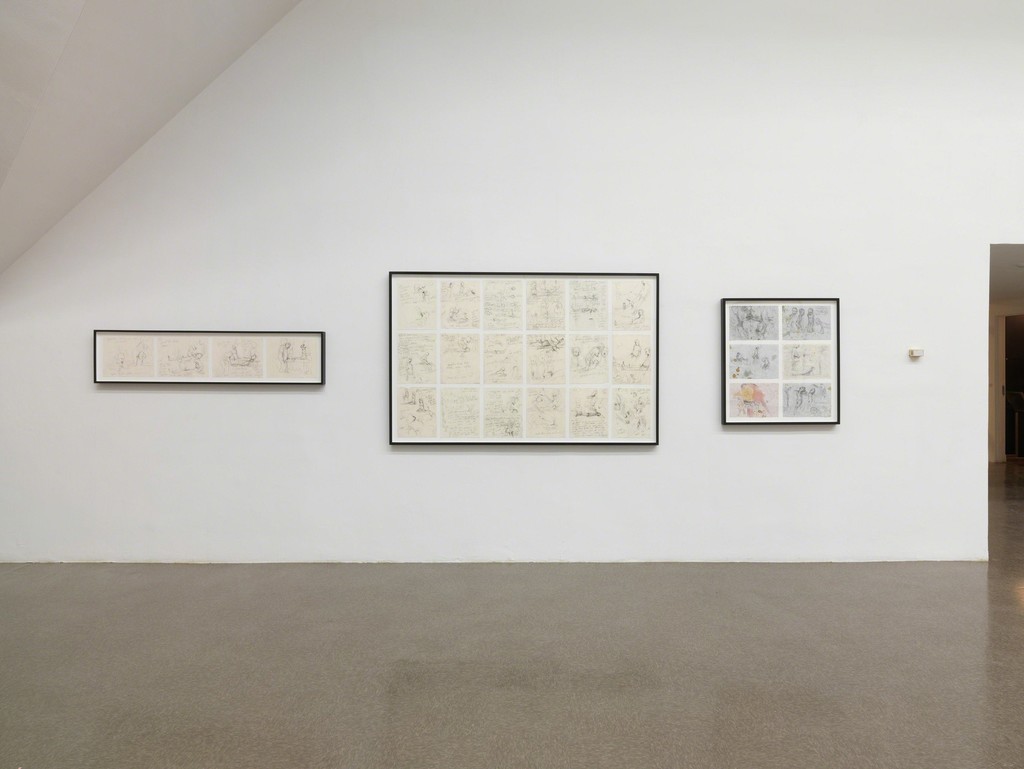 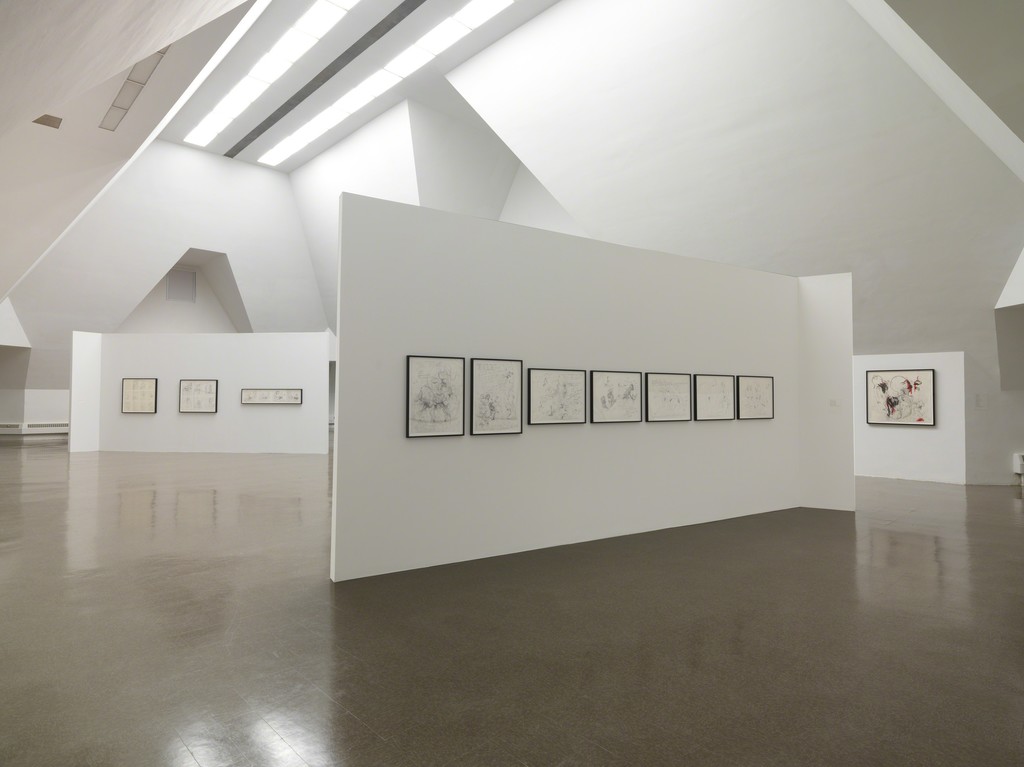 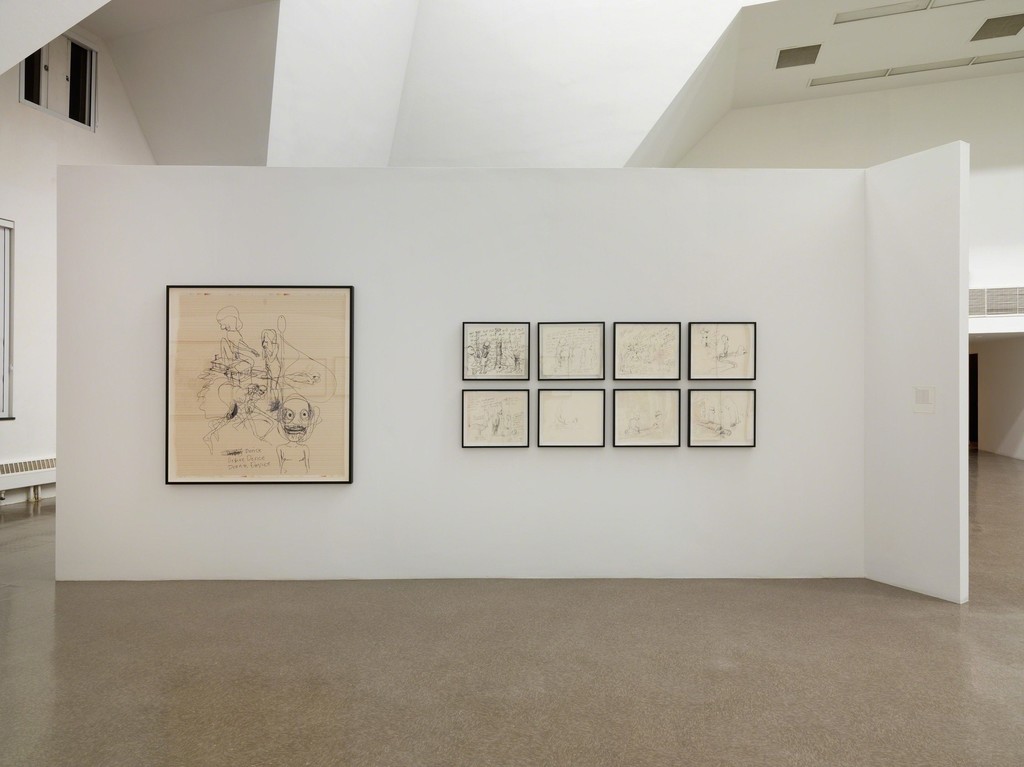 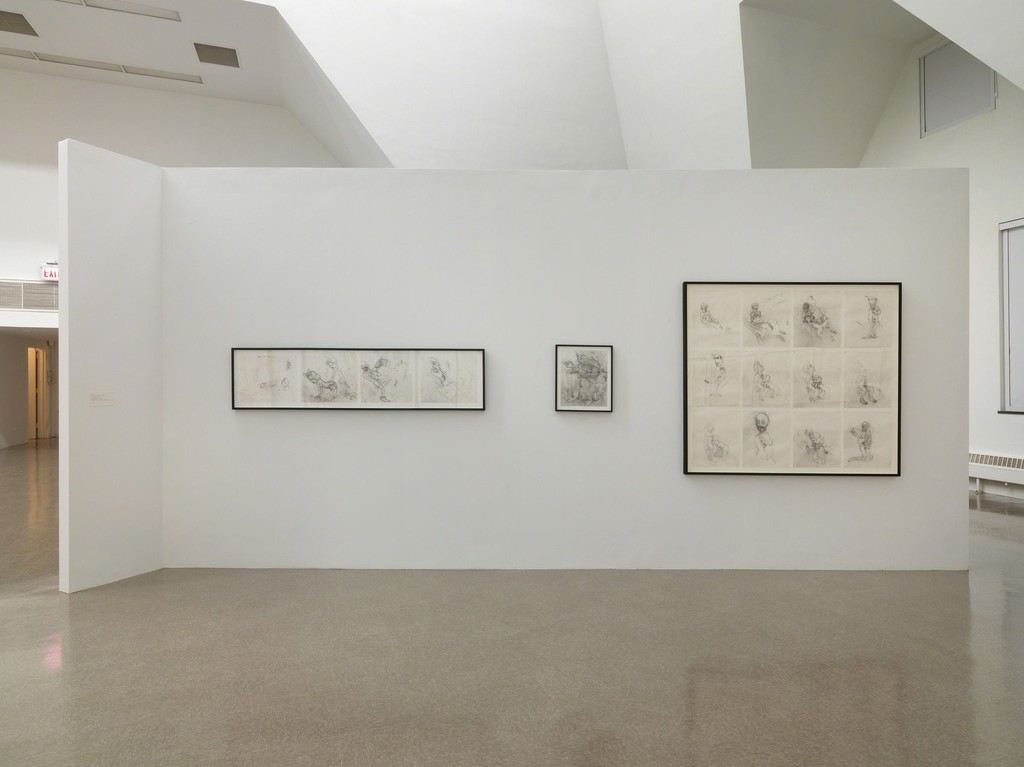 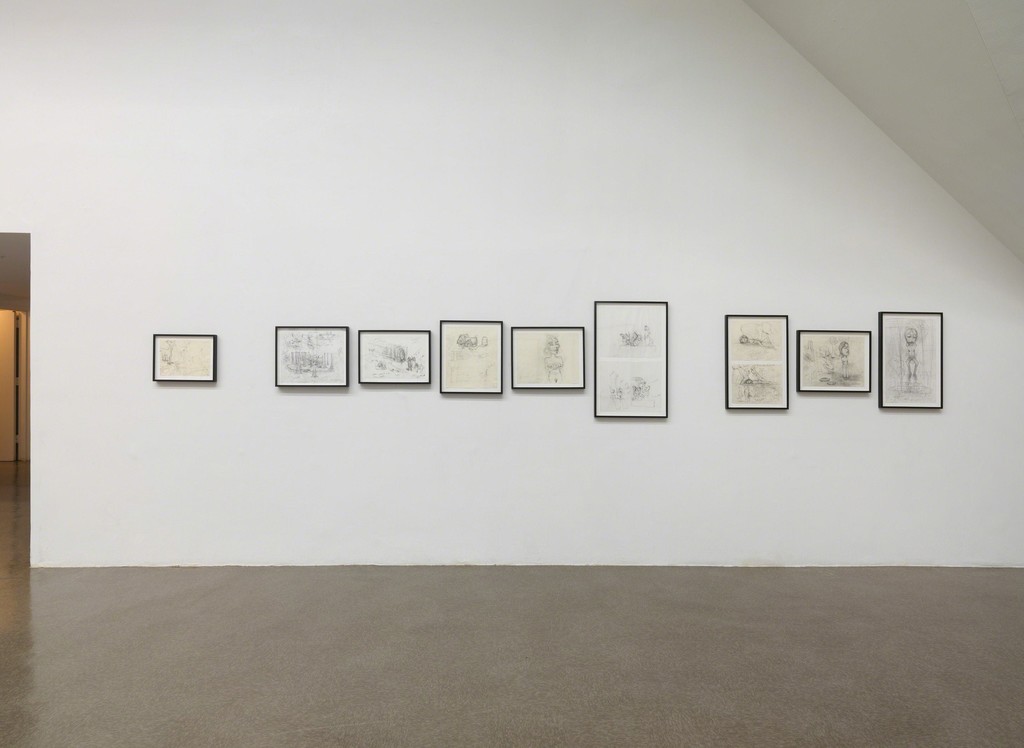 Known widely for his prolific output of video, sculpture, performance, and installation, Paul McCarthy also works extensively in two dimensions. The ongoing series White Snow, first exhibited at Hauser & Wirth New York in 2009 and now encompassing hundreds of works, reveals the artist’s deft draftsmanship and layered, gestural approach to drawing. His presentation at the Renaissance Society features over 75 rarely and never before seen works from the series, produced between 2008 and 2015.

Sex and mythology, bodies and violence, death and humor—these works are at once familiar and repulsive. With his characteristic irreverent wit, McCarthy melds the iconic 1937 Walt Disney depiction of Snow White with the darker forces of the fairy tale’s earlier incarnations. The selection here features figures in various stages of erotic play, architectural renderings, and textual annotation, ranging in size from small sketches to large collages. Also included are preparatory works for McCarthy’s major installation, WS, at the Park Avenue Armory, New York in 2013. The drawings represent the threshold between fantasy and reality, the point at which the artist’s imagination directly crosses over into the physical realm before being further developed into three-dimensional and time-based works.

McCarthy’s influence on contemporary art can’t be underestimated, yet this presentation represents his first solo exhibition in Chicago. Co-curated by Solveig Øvstebø and Susanne Ghez, the current and former Executive Directors of the Renaissance Society, respectively, this presentation offers an opportunity to consider a significant area of this major artist’s practice.

The exhibition is accompanied by a program of events that includes an artist talk and the theatrical premiere of McCarthy’s seven-hour moving image work, WS. More info below.

Please note that the Renaissance Society will be closed for the holidays on the following dates: Thu Nov 26 and Fri Nov 27; Mon Dec 21 through Fri Jan 1. We resume our normal opening hours on Sat Jan 02.

This exhibition is part of the Renaissance Society’s Centennial program.