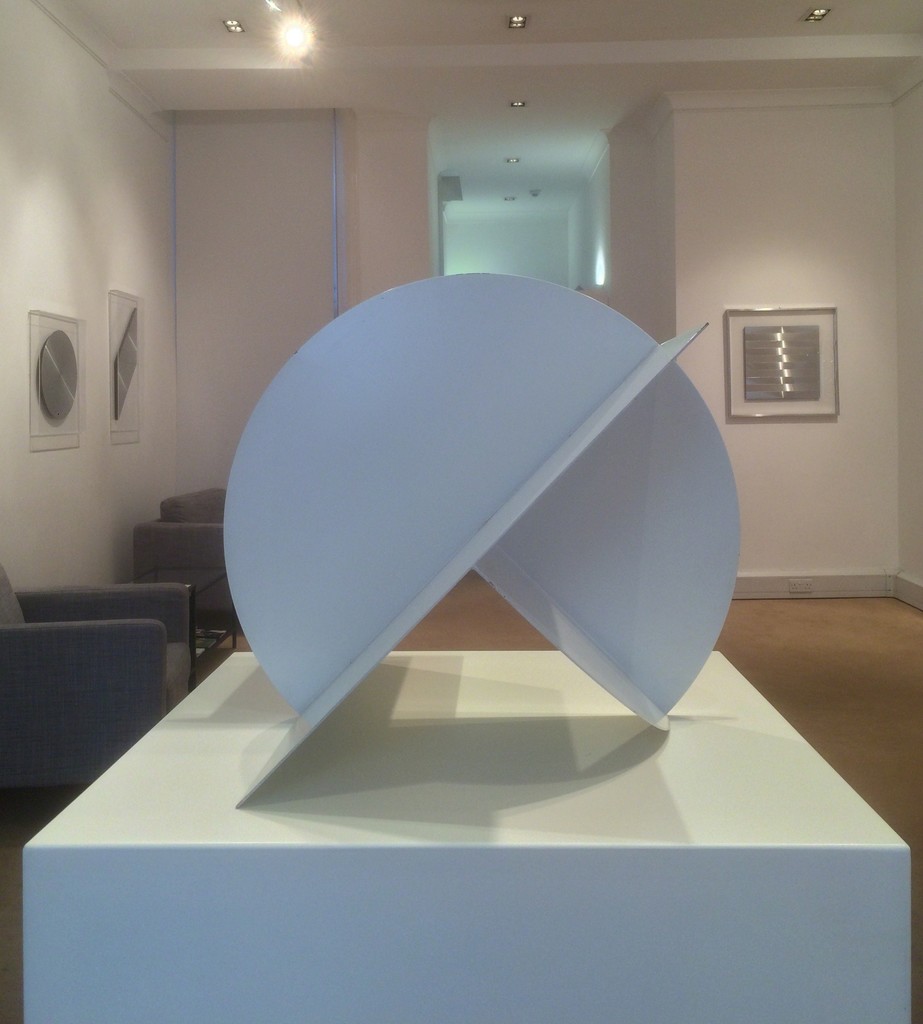 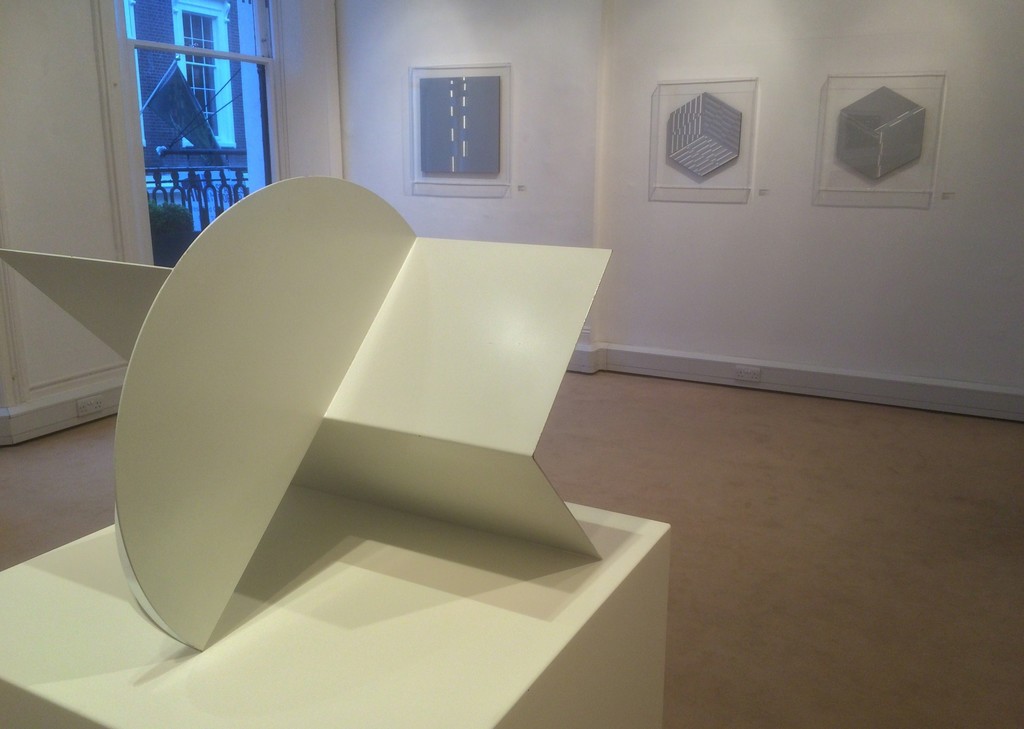 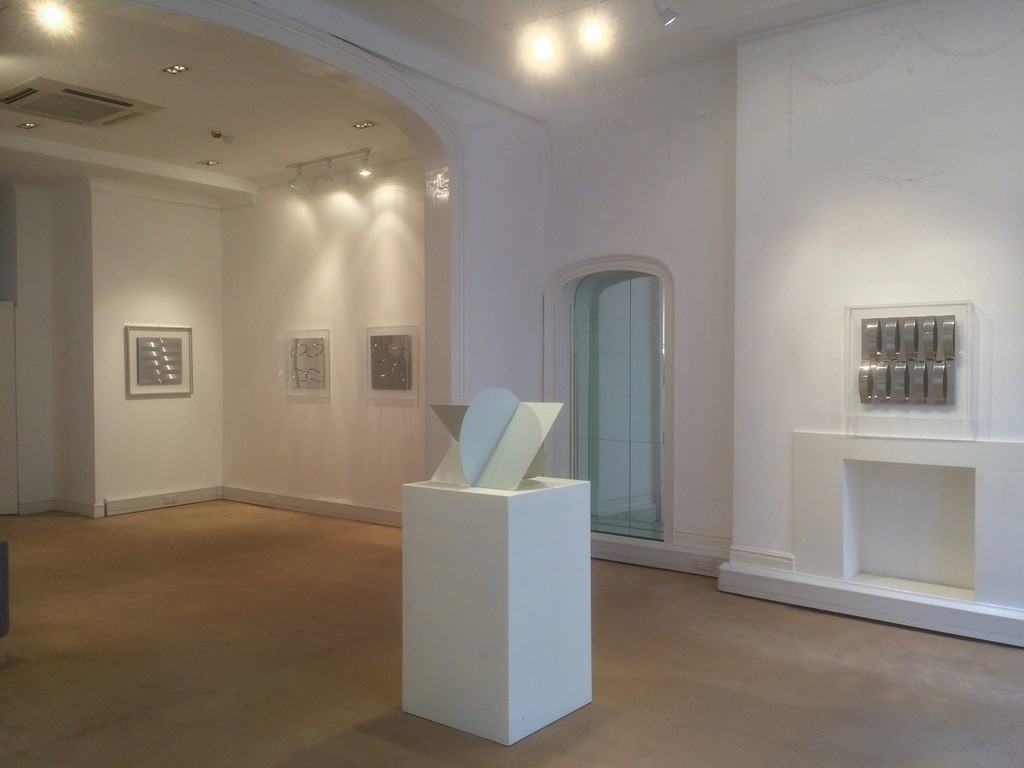 We have been collecting, through acquisitions and loans from collectors (we would like to thank them for their kind collaboration), some artworks realized by Getulio Alviani during the 60’s and 70’s which, we believe, was the most meaningful period of the artist’s activity.

Geometric order and precise programming are the tools used by Alviani to create works that "widen the field of what is perceptible" through optical events cleaned from any sensationalism and turned into learning experiences.
Removing rather than adding, concentrating the visual energy where it is needed without unnecessary losses and pursuing the best results with the least effort are the key points of Alviani’s conception that are highlighted in the 12 works on show.

The vibrant texture surfaces establish a new dialogue with the viewer every time and generate endless variations according to the light. The eye is constantly stimulated by the hexagonal surfaces performed in the early 70s, which take an unexpected depth by turning into isometric cubes form.
There are also two 1967 virtual circles, in which the mirror steel surface create the illusion of perfect floating circles. The reflected image is fragmented and multiplied in 1962-67 relief with curved elements, where we find again steel and the phenomenon of refraction.

Getulio Alviani (Udine, 1939), plastic creator, was one of the most important artists at international level during the 1960's as a leading member of Optical and Programmed Art, a movement that naturally continue the research of Russian Constructivism, Bauhaus and De Stijl.
He showed talent for design and geometric drawing since his childhood, making little works for local architects. It is in this period that he realizes that the world has been planned and has his own rules.
In these contexts, he experiences materials such as steel and aluminum, by creating the first shimmering surfaces “brighter than the light of the sun".

He exhibited for the first time at the Mala Galerija in Ljubljana thanks to his encounter with Zoran Kržišnik, director of the Gallery of Modern Art in Ljubljana. He started exchanging ideas with artists like Joseph Albers, Max Bill, Georges Vantongerloo, Konrad Wachsmann.
Since then exhibitions are held in Italy and abroad and we can mention among them: Arte Programmata organized by Olivetti, New Tendencies in Zagreb, Zero in Berlin, Venice Biennale in 1964, The Responsive Eye at Moma in New York in 1965, exhibitions at Palais des Beaux Art in Bruxelles in 1968 and at Galerie d’Art Moderne in Basel in 1969.
We can also name exhibitions such Op Kunst at Kunsternes Hus in Oslo, Vitalità del negativo in Rome, exhibitions at Denise Renè Gallery in Paris, XII Biennale of San Paolo in Brasil, the Contempory Art Pavillon in Ferrara, Arte programmata e cinetica 1953/1963 ultima avanguardia at Palazzo Reale in Milano, presence at the Venice Biennale, etc.

Alviani is also a member of the international current “Nouvelle Tendance Recherches Continuelles”. Over the last several years, he has dedicated himself to editing texts and curating exhibitions on the leading figures of structural and visual research at an international level as director of the Museum of Modern Art in Ciudad Bolivar in Venezuela and executing various architectural projects.
His activity has been interrupted more than 10 years ago due to the fact that he became hostile to a contemporaneity with which he didn’t seem to have anything to share and towards which he become extremely critical.