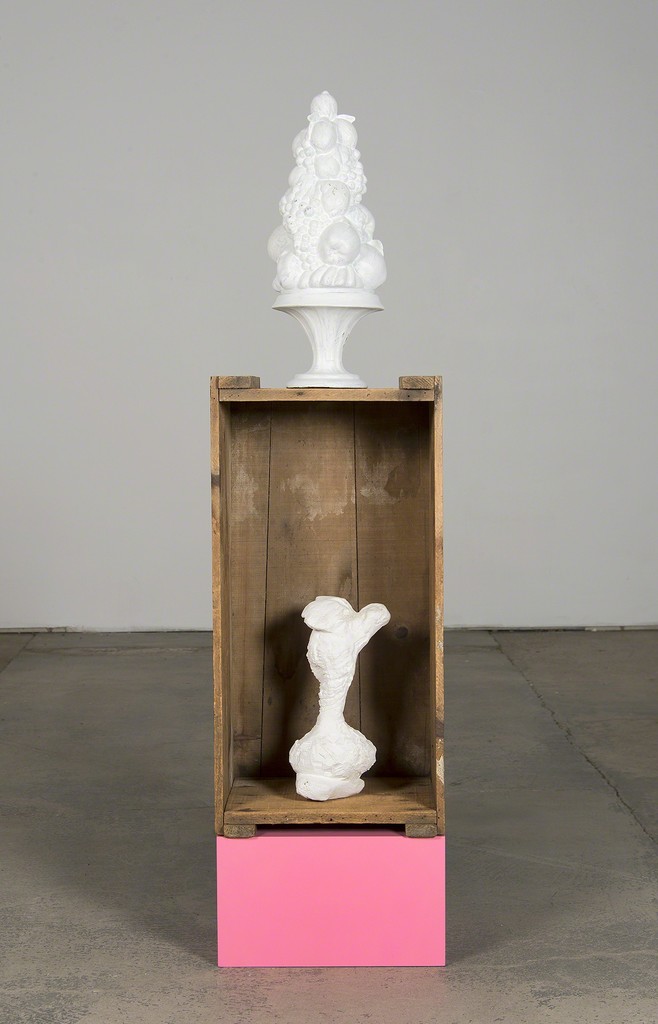 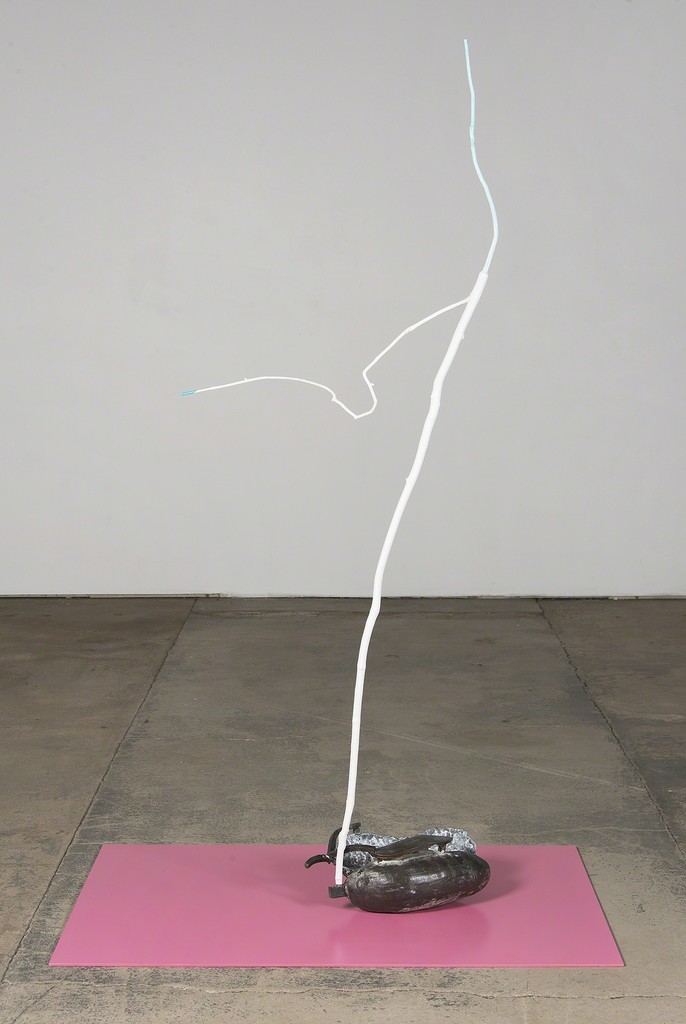 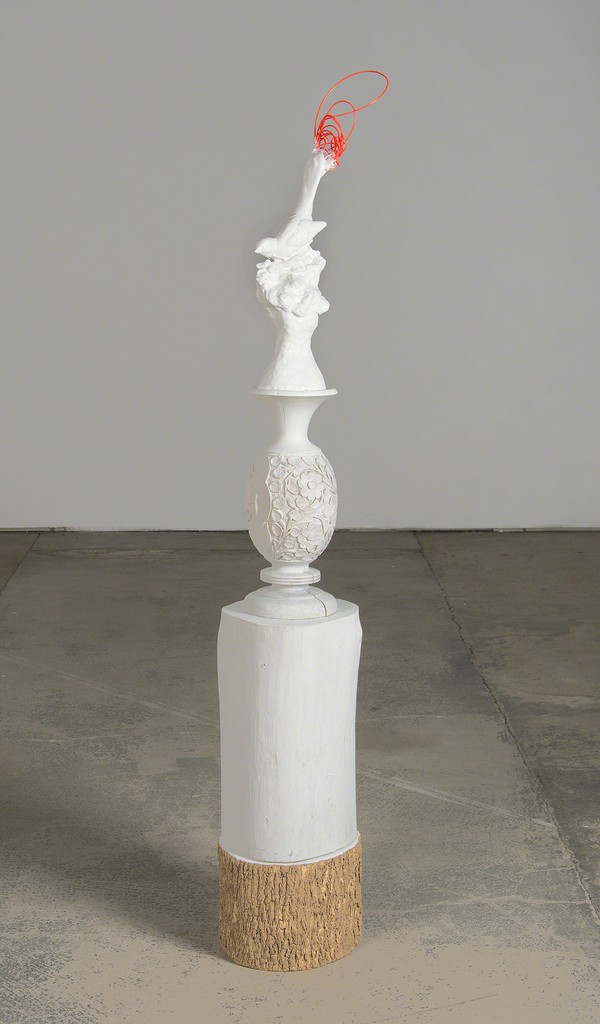 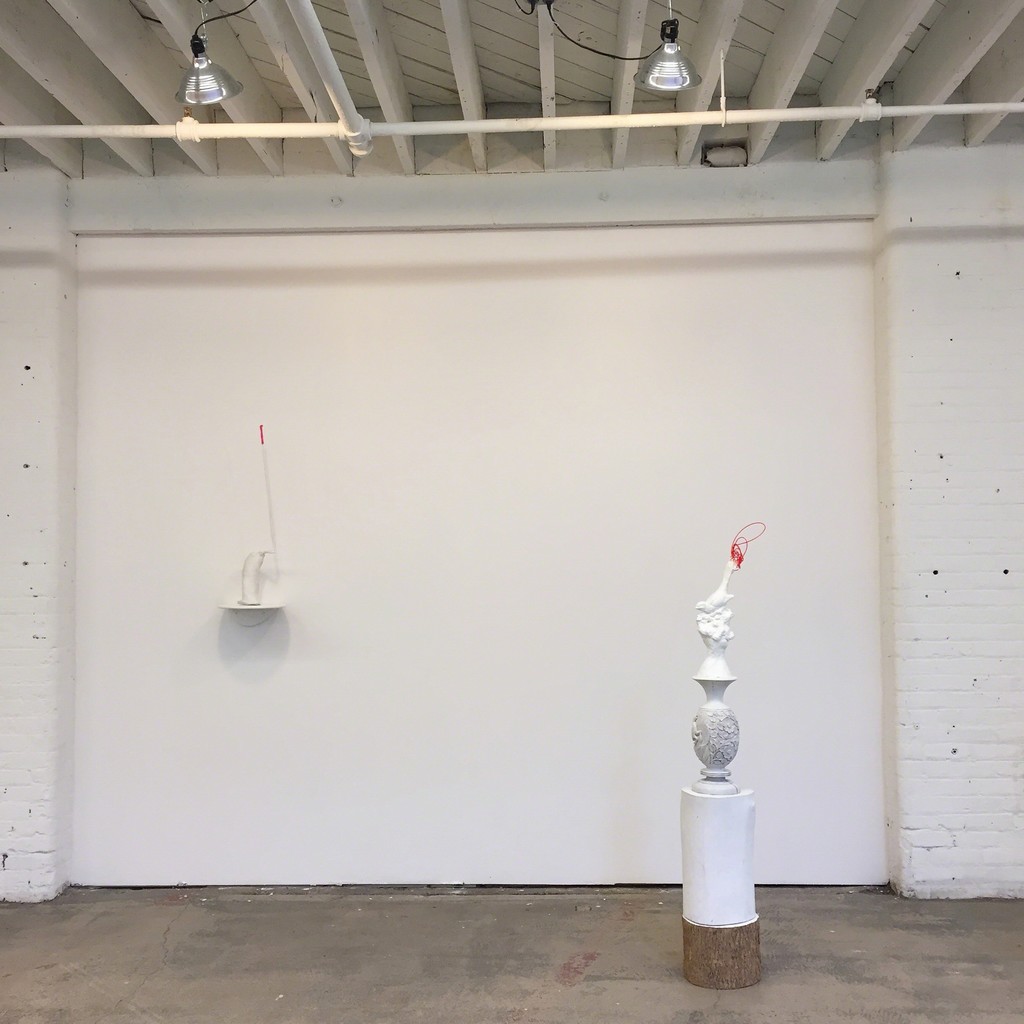 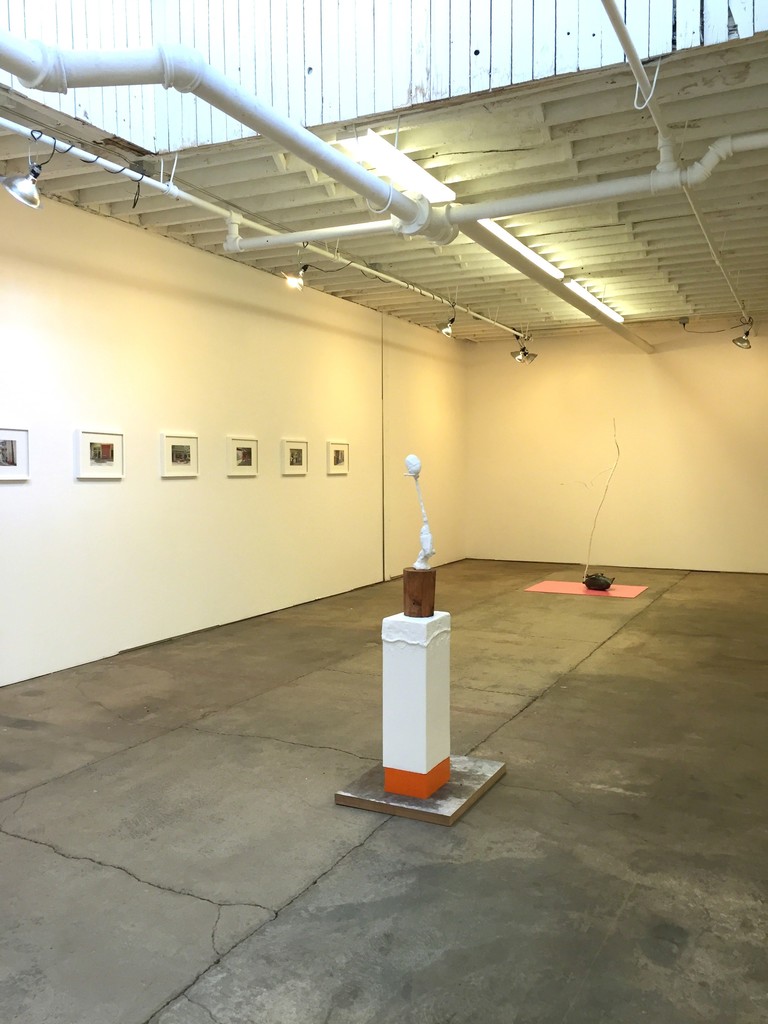 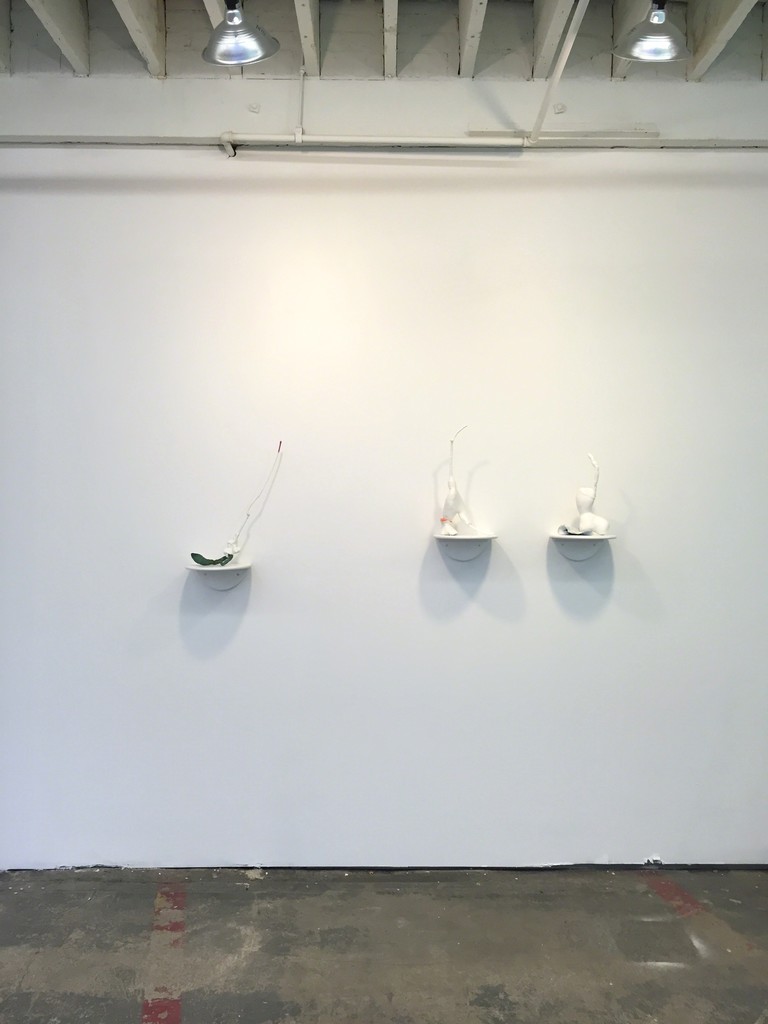 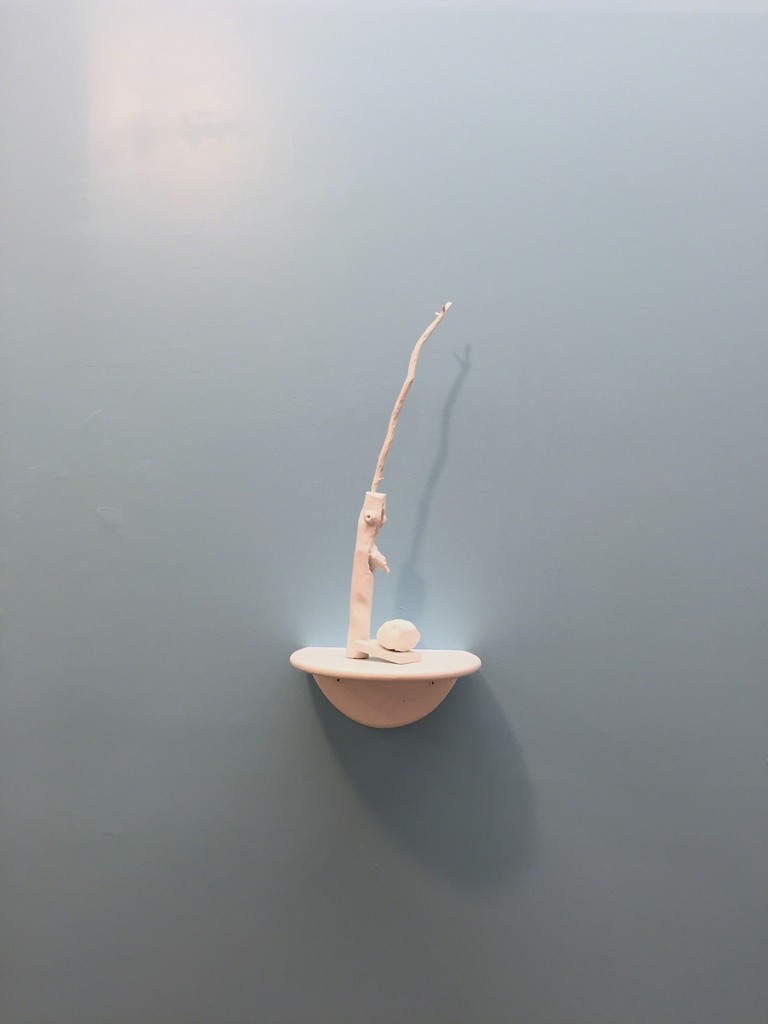 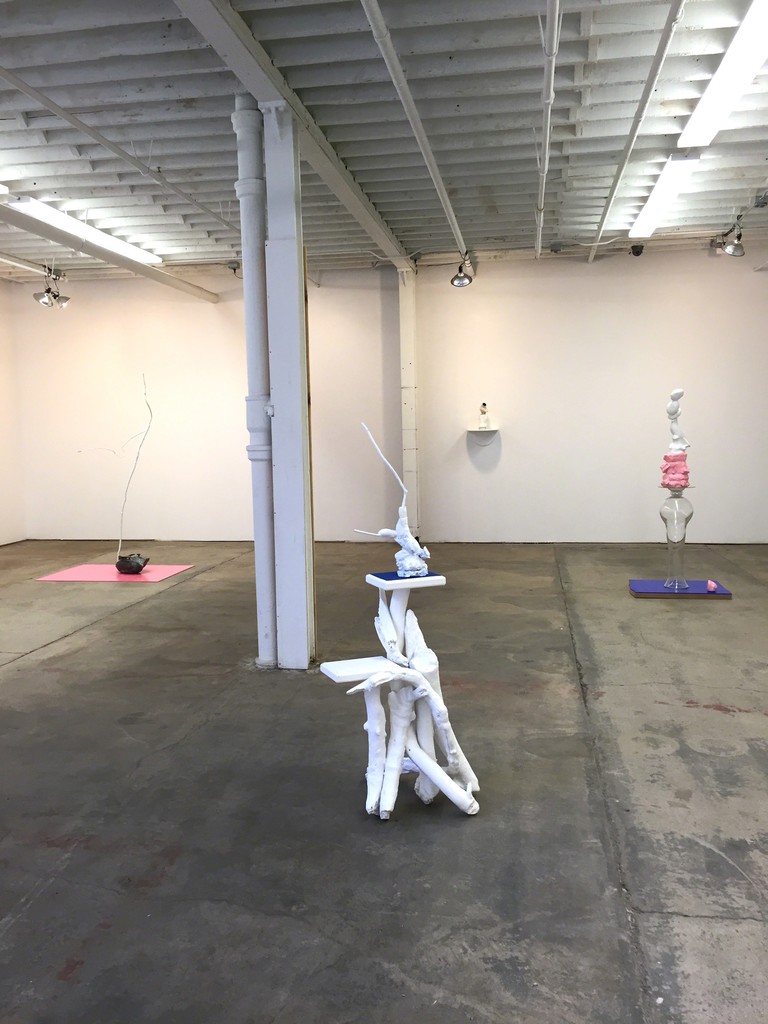 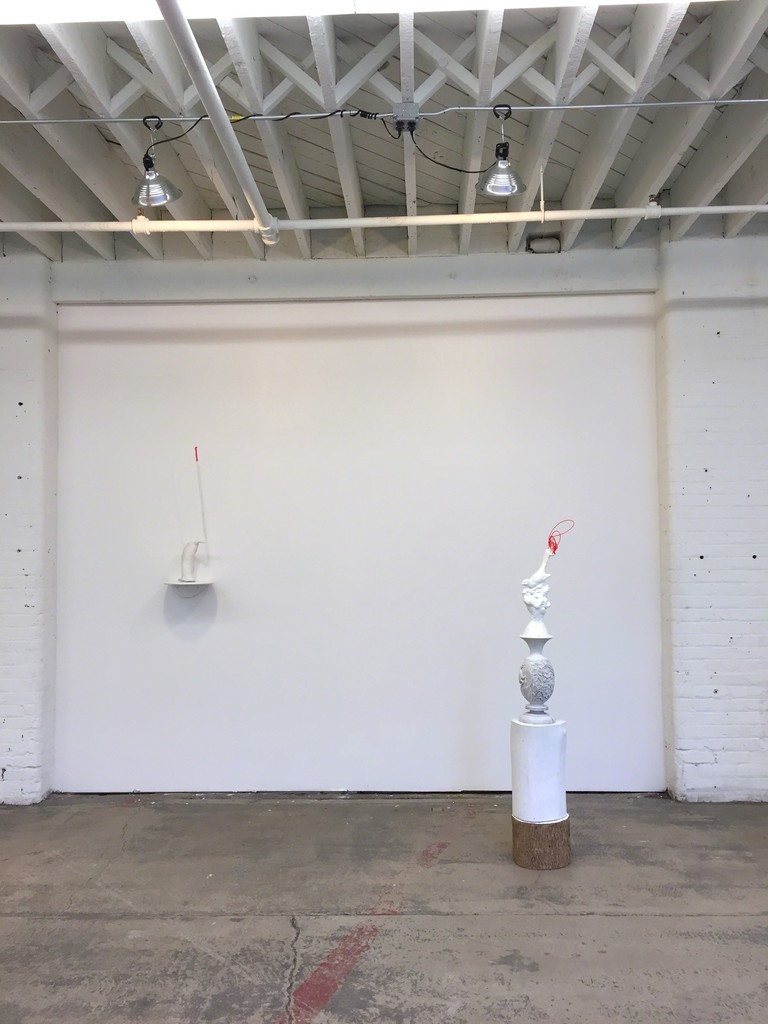 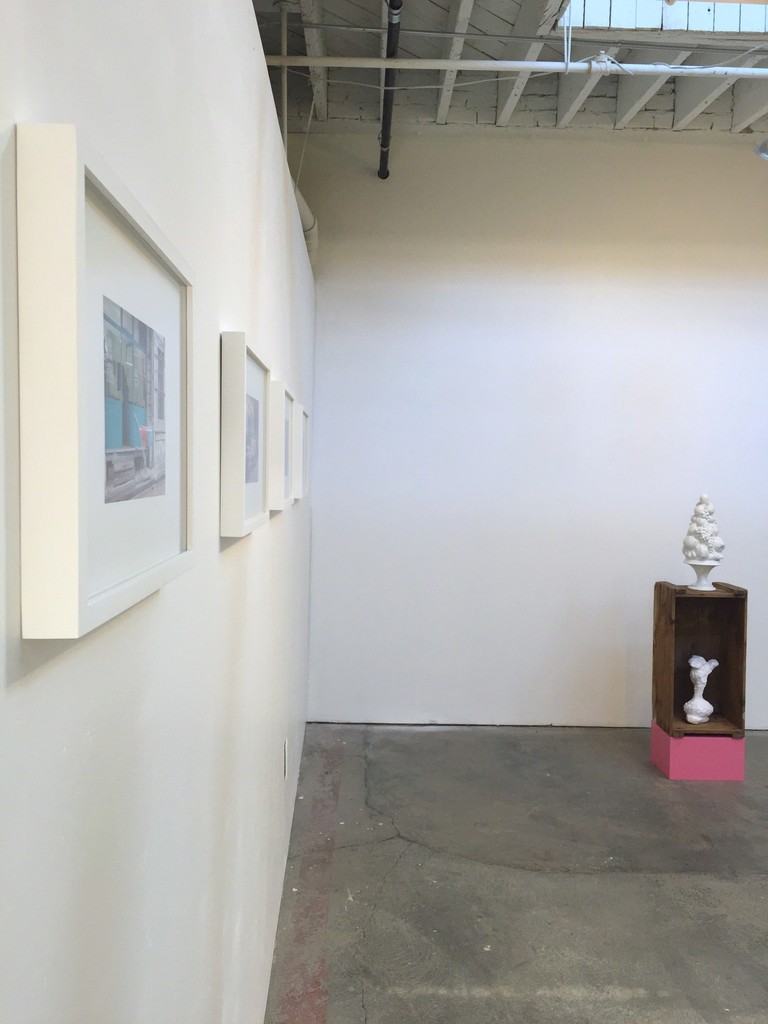 Early One Morning will include both sculpture and photographic work by Roberley Bell. Bell is best known for sculptural and installation work that creates a dialogue between our interior and exterior worlds, as well as nature and its synthetic likeness. In this installation, the second solo exhibition of Bell’s work at BT&C to date, the focus will be Bell’s more intimate sculpture, paired with photographic work from a project titled Universal Color.

The exhibition title, “Early One Morning”, offers a poetic frame for the show, references the history of sculpture and relates to issues that are at the heart of Bell’s thinking process. The title is borrowed from a 1962 sculpture by Sir Anthony Caro (1924-2013)— a large-scale, brightly painted, geometric steel sculpture that sits directly on the floor. The bold vermillion of Caro’s piece serves to unify the elements as well as boldly announce itself— strategies admired and used by Bell. The title also serves to reference a moment in time— it grounds the sculpture and the show in a temporal zone of reflection.

Included in Early One Morning, and continuing the artist’s exploration of color, is a series of images of towels in Istanbul that Bell began creating in 2010. Bell explains the project as “a quest for looking for the overlooked.” She continues:
I roamed the city in search of a mundane aspect in order to expose the other color, which is not readily seen. The towels hung to dry in front of every barbershop in every neighborhood became my colors of Istanbul. Each image reveals not only the colorful towels, but the surrounding environment that seeps in around the edges, exposing the everydayness of the street life of the city. These photographs serve as still lifes capturing a moment in time in transition.
The result is a common scene, at least to the average Turkish person— a sort of street still life full of found color. The prints are done on a lush watercolor paper, a 6.5 x 9 inch image floating in a sea of white. Bell was thinking about Pantone’s color system when capturing these images and during her process has matched the colors of the towels to Pantone numbers. Using the idea of universal color, this project for Bell became a way of cataloguing our visual world. Further, the use of the universal Pantone color system provides a link between the specificity of locale and the collective universal.

Also included is Bell’s continuation in a series of small sculpture, titled some things, which began in 2014 and was the focus of a Spring 2015 solo exhibition at BT&C of the same name. These small works are meditations for Bell— initially thought of as mental preparation for large-scale work, the series has evolved into a practice in and of itself opening new avenues for investigation of the boundary between color and form. The some things are an extension of the themes explored in Bell’s larger body of work yet, because of their scale combined with the artistic process, there is a palpable spontaneity inherent in these works— a quirky liveliness. At a 2015 residency at Chesterwood, the summer home/studio and gardens of the American sculptor Daniel Chester French in Stockbridge, MA, Bell completed a projected titled Object a Day where she created a sculptural response to her surroundings (sometimes physically incorporating sticks and rocks collected on site) for thirty consecutive days. Just like the Universal Color project, in Object a Day, artistic creation became a way to journal sights and experiences— a way to visually mark time and place. These sculptural responses, a sort of visual diary, left Chesterwood for Bell’s upstate New York studio where the artist continued to work on them. The Object a Day exercise was the beginning of more in Bell’s some things series, as she has continued to work on them over time. Many of these finished sculptures are to be included in Early One Morning.

Also included are a handful of Bell’s latest floor pieces— a series that the artist considers as still lifes. These works directly relate to the some things through use of color, physicality and relatively intimate scale. They are delicate amalgams of many media, thoughtfully constructed and balanced. In many ways they are more quietly subtle than Bell’s past large-scale work of boldly colored organic abstraction, but equally as forceful in the ideas and feelings they communicate to the viewer.

Concurrent with Early One Morning is an exterior installation of Bell’s work at Tift Nature Preserve, Buffalo as part of the Albright-Knox Art Gallery’s Public Art Initiative in collaboration with Tift and the Buffalo Museum of Science. Visit the Albright-Knox’s website for more information: http://www.albrightknox.org/collection/public-art/piece:locus-amoenus/

ABOUT THE ARTIST
Roberley Bell spent her childhood in Latin America and Southeast Asia. She attended the University of Massachusetts and State University of New York at Alfred from where she holds an MFA. Bell is the recipient of many grants and fellowships including the New York Foundation for the Arts, Pollock Krasner Fellowship, a summer Fulbright to the Netherlands and a 2010 Senior Scholar Fulbright to Turkey. In 2015 she received a Fellowship for the Turkish Cultural Foundation. Bell has received several residency awards both nationally and internationally, including a residency to the Stadt Kunstlerhaus in Salzburg Austria and a studio fellowship from the International Studio Program in NY. In 2016 she had residencies at both Visual Studies Workshop in Rochester, NY and the Institute for Electronic Art at Alfred University. Bell’s work has been exhibited nationally and internationally including at the State Tretyakov Gallery, Moscow; Alan Space, Istanbul; Virginia Museum of Fine Arts, Richmond; Denise Bibro Gallery, NY. Recent solo exhibitions include The Hermitage Museum and Gardens in Norfolk, VA and the deCordova Museum and Sculpture Park, Lincoln, MA. Bell has completed public projects in Cambridge, Pittsburgh, Chicago, Baltimore, New York, Kaliningrad, Russia, Istanbul, Turkey and most recently at the Albany International Airport. Bell lives in Bethany, New York and teaches in The School of Photographic Arts and Sciences at Rochester Institute of Technology.