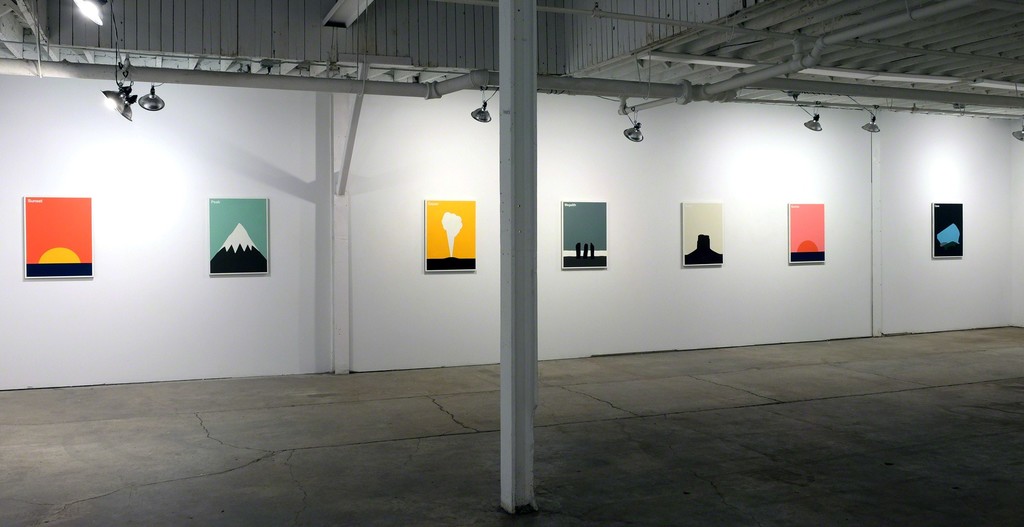 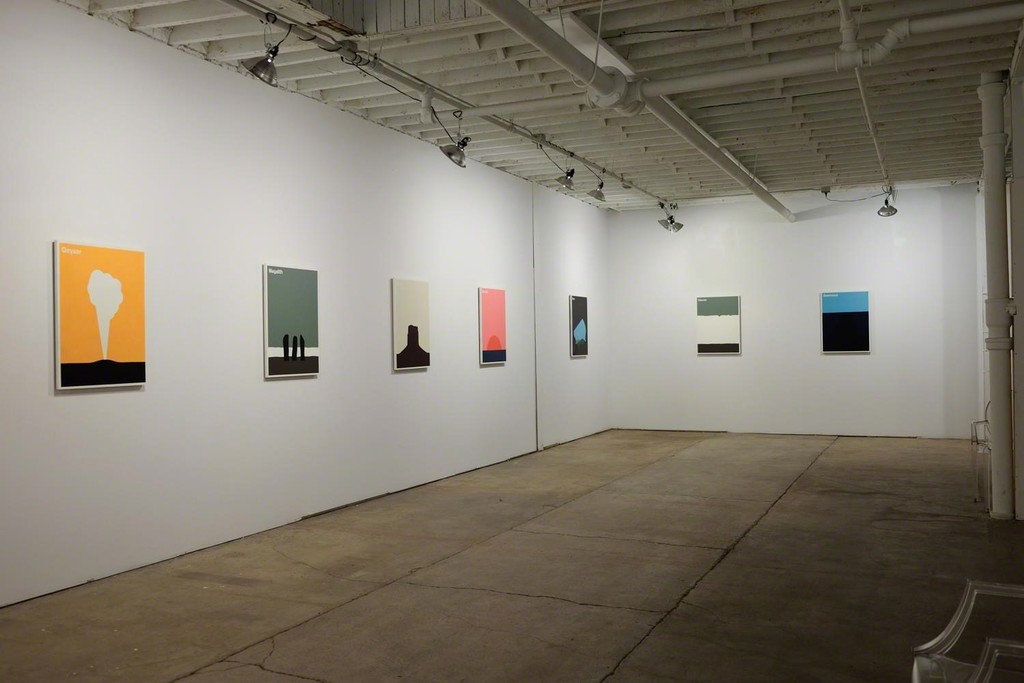 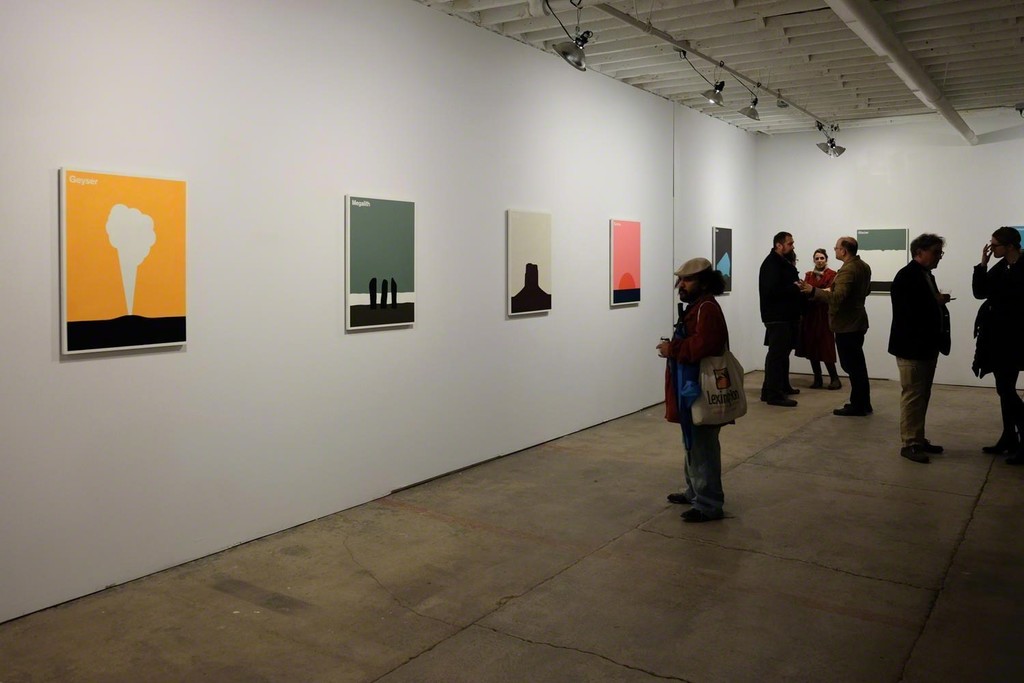 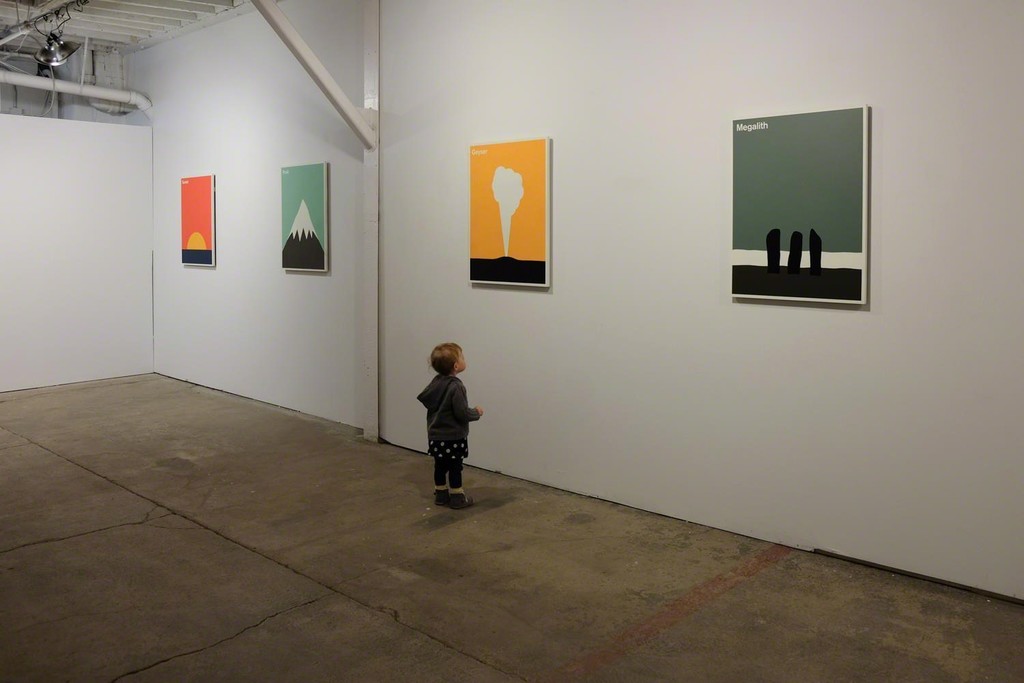 BT&C Gallery (a collaborative partner of Resource: Art) announces Features with new work by Julian Montague. The exhibition opens Thursday, December 3rd with a public reception 6-9pm and will run through January 15th.

Features includes paintings by Montague, a new extension of the artist’s practice. The imagery of the Features works has evolved out of Montague’s graphic design practice– an elemental and bold visual language that nods to modernism. The paintings in Features are part of a selection of imagery that take as their subject the geological features and events that shape the physical landscape of the earth. Montague explains, “in their simplicity and stillness the images are meant to evoke the very slow, very long march of geological time.” In each painting, the iconic visual language is paired with a single descriptive term in the upper left hand corner. Some of these terms might be esoteric to the layman (cuesta, glacial erratic, serac), others in the series are more familiar (shore, night, iceberg). Montague considers the text that accompanies the iconography as a conceptual reminder that language is a late arrival to the earth. The result is a fresh perspective on the mundane with moments of clarity in a world full of the massive and intangible.

Related work, manifested as large-scale wall paintings, is now on view at Hallwalls Contemporary Arts Center as part of the exhibition, Amid/In Western New York Part Five and will continue through December 18th.

ABOUT THE ARTIST
Julian Montague is known for his photography, design and installation work. This is the second solo installation of Montague’s at BT&C Gallery. The first, In Ruins, opened in June 2014 and presented work that is an extension of Montague’s ongoing project entitled Secondary Occupants, which explores the relationship of insects and animals with architecture and, ultimately, how their observed behaviors conceptually relate to psychological, human models. Montague’s project Bird Photography (Attempts) 2004-2014 was installed this past January as part of the collaborative exhibition Bird Captures. Montague has exhibited throughout the Unites States, Canada, and Europe. In 2013 alone, Montague was featured in exhibitions in Buffalo, NY; New York, NY; Wichita, KS; Scottsdale, AZ; Metz, France (solo exhibition); and Berlin, Germany. His work is in the collections of the Albright-Knox Art Gallery, the Burchfield Penney Arts Center, The Margulies Collection at the Warehouse, and The Norton Museum of Art.