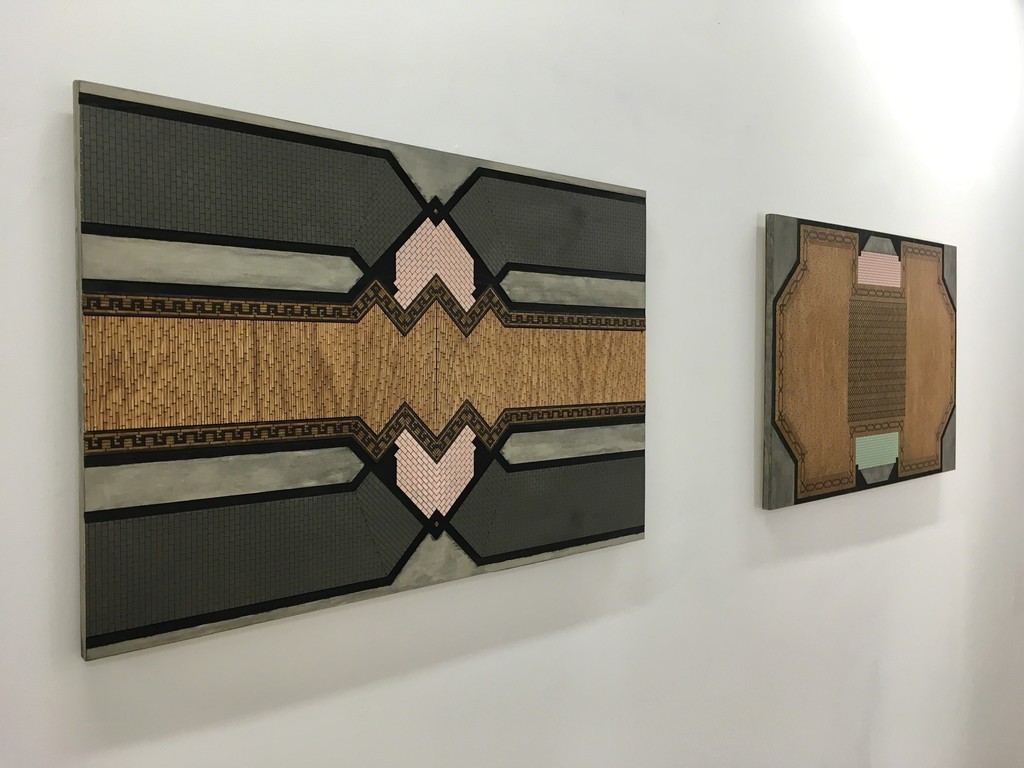 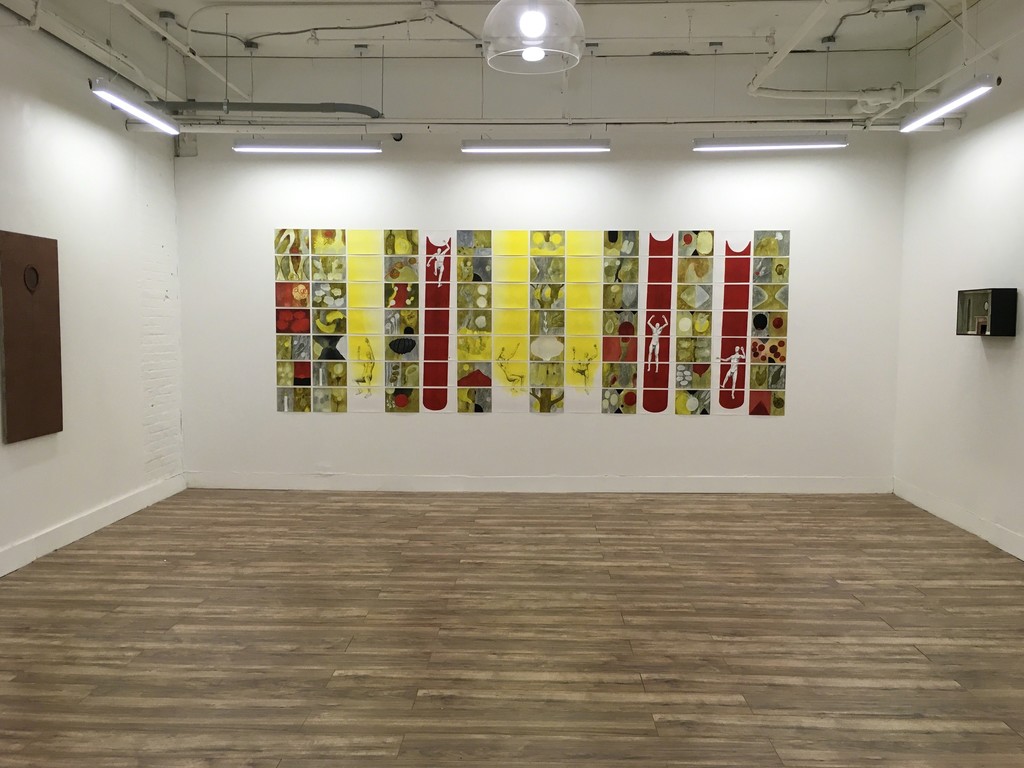 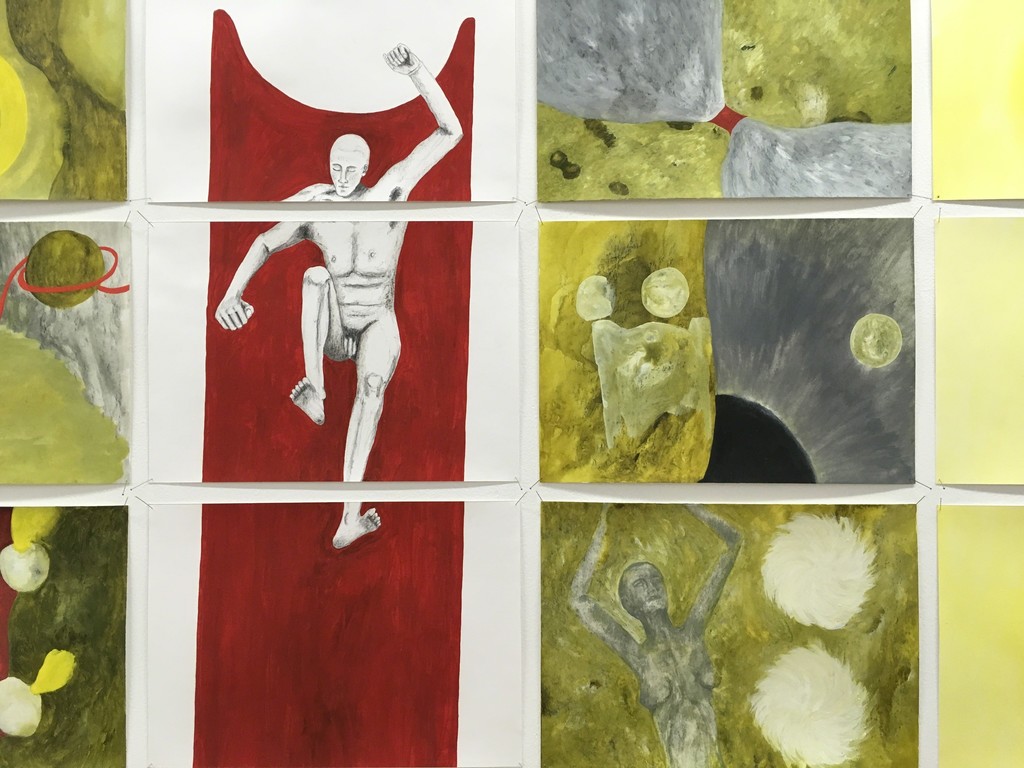 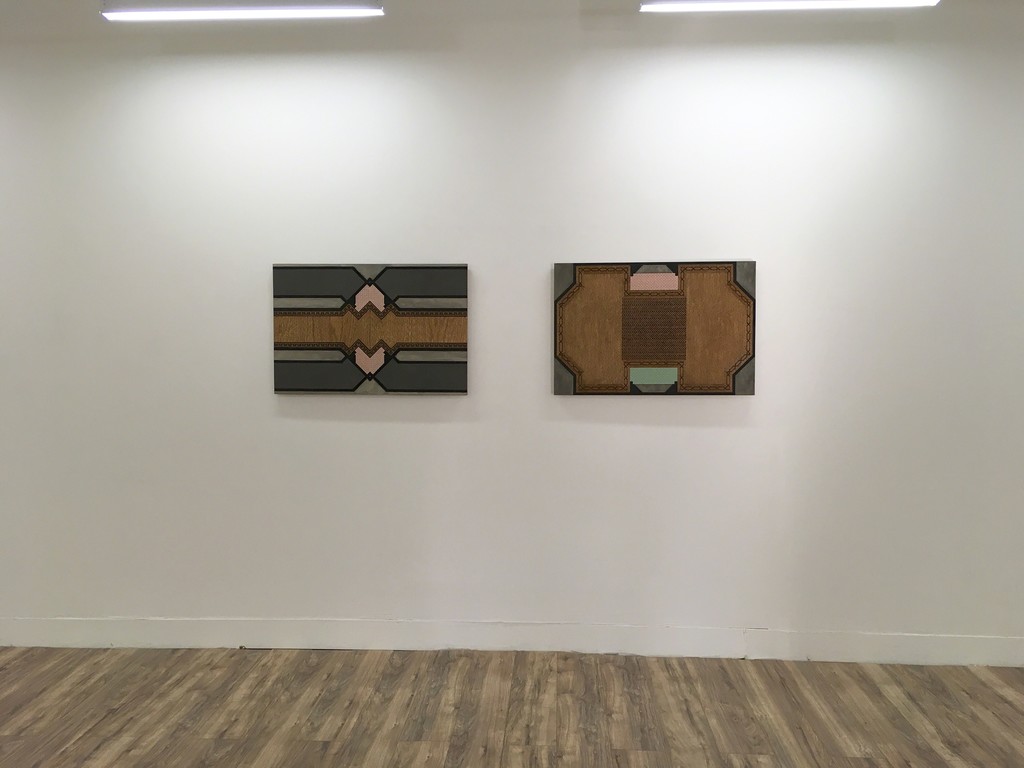 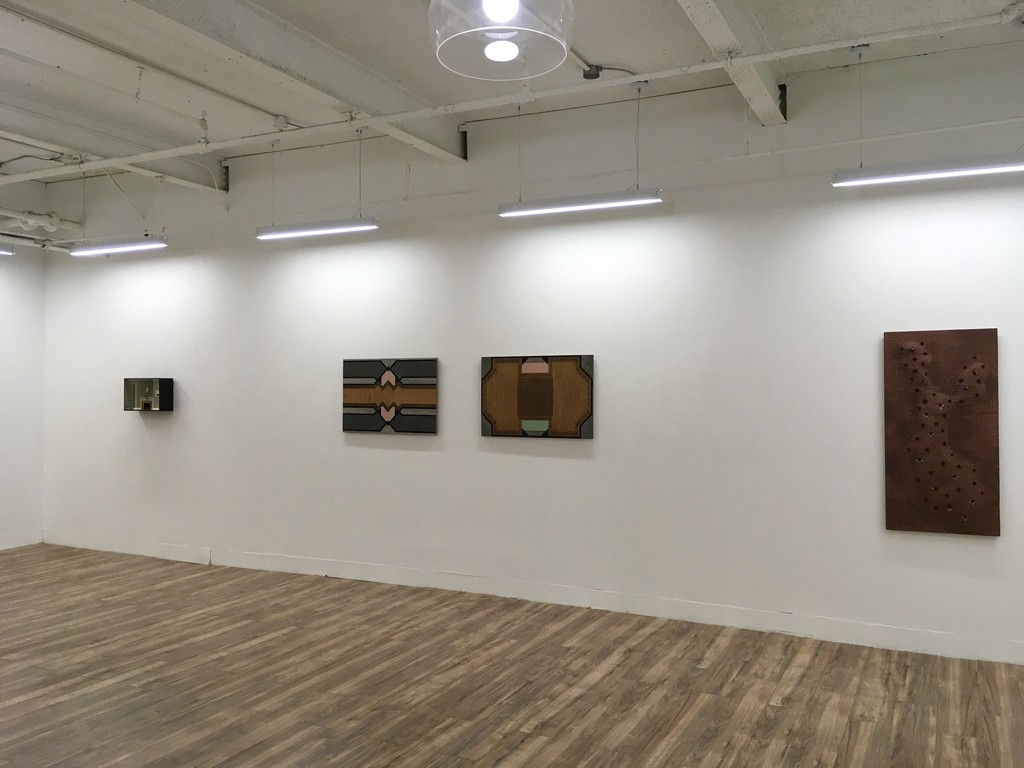 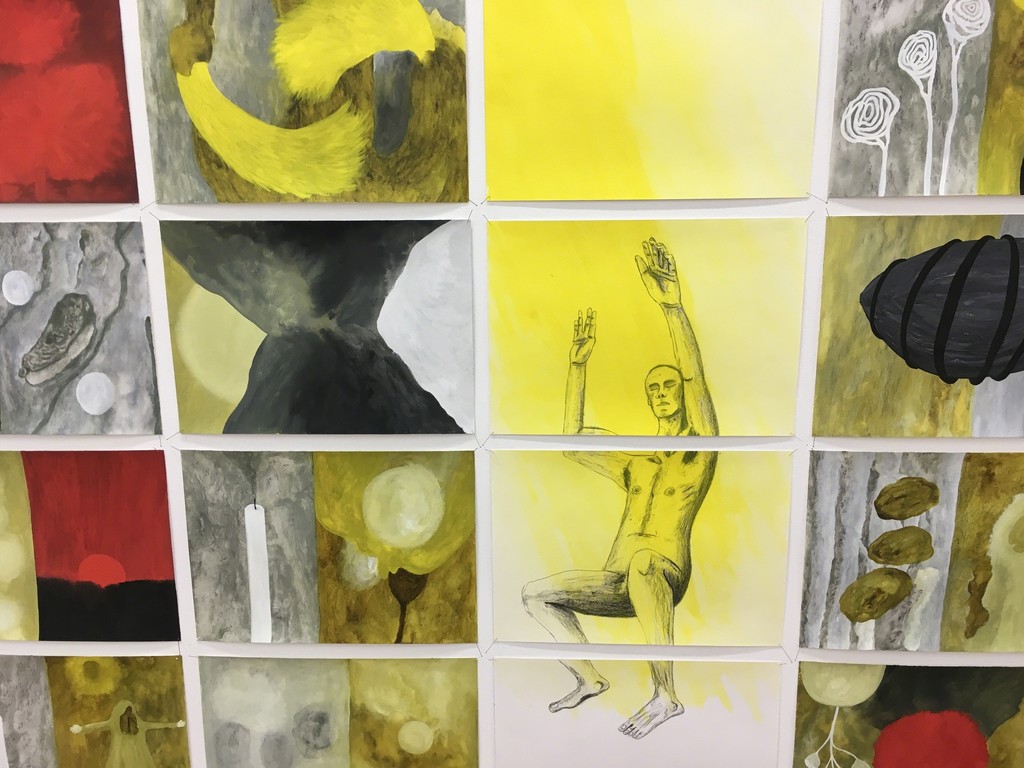 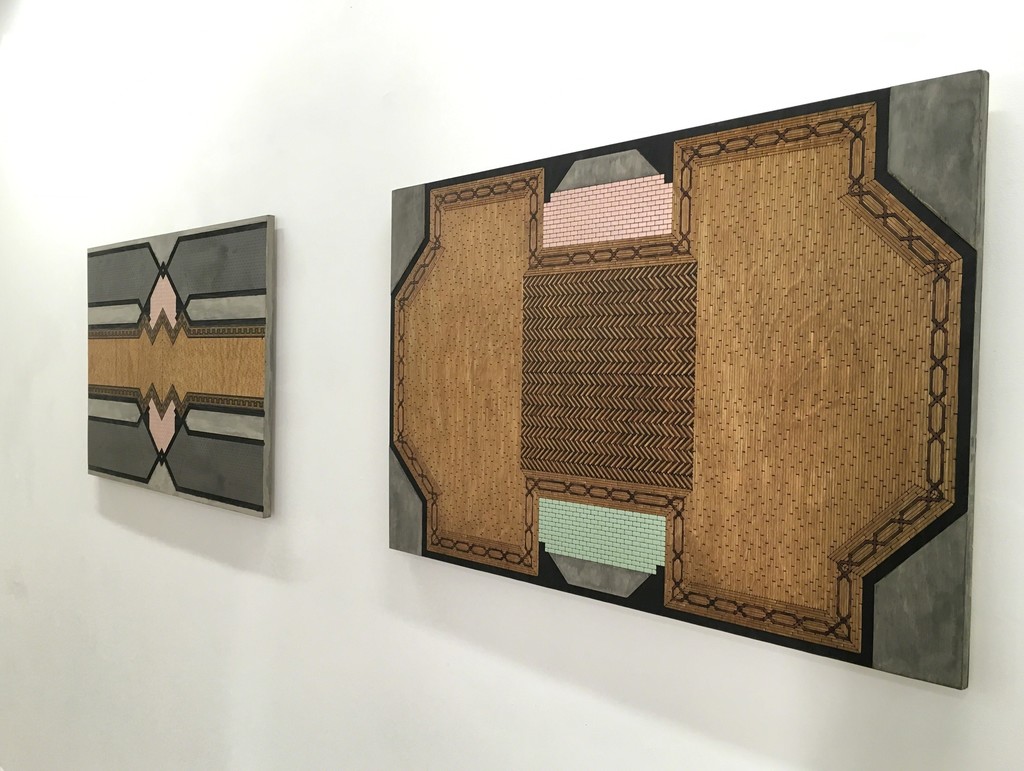 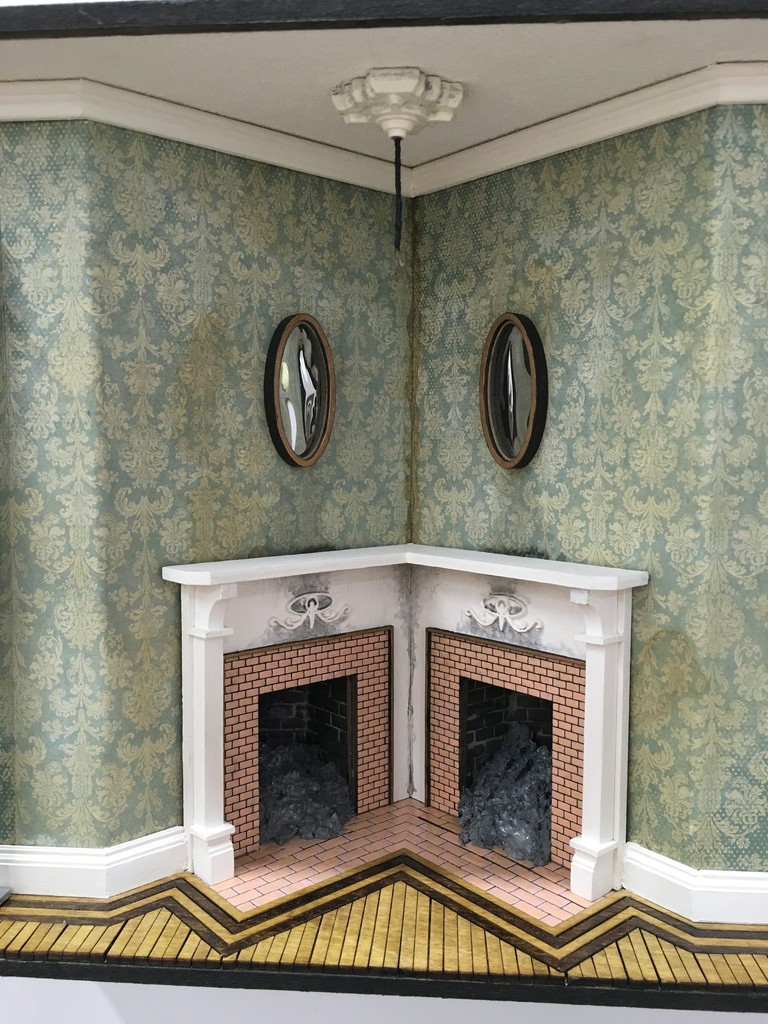 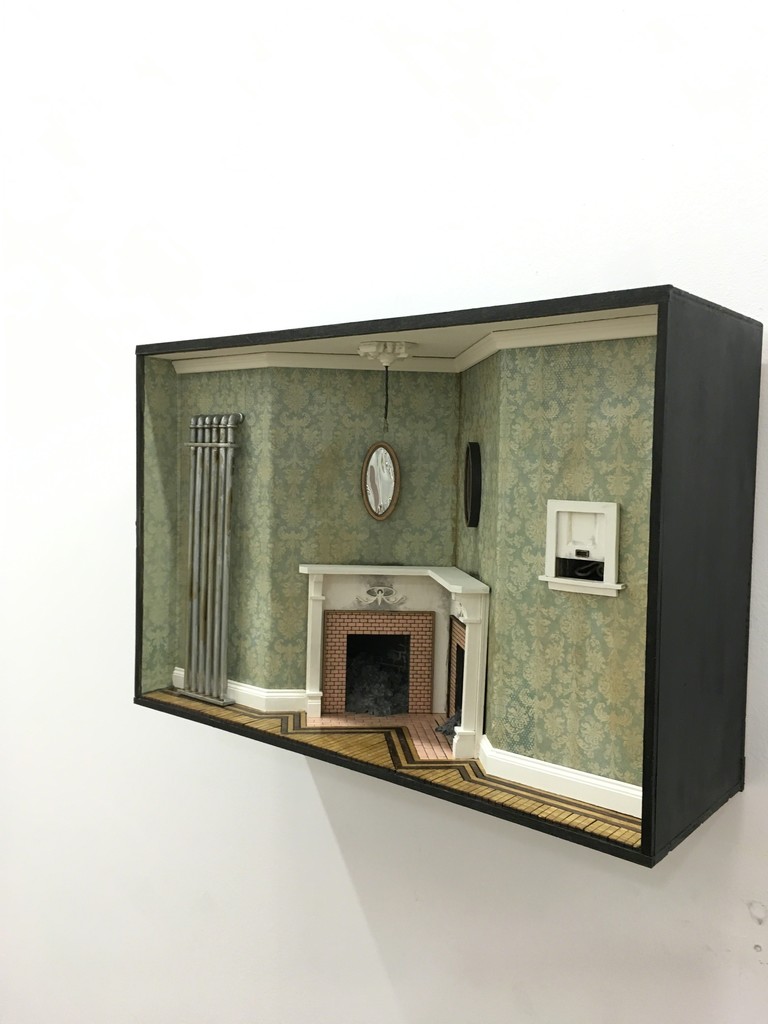 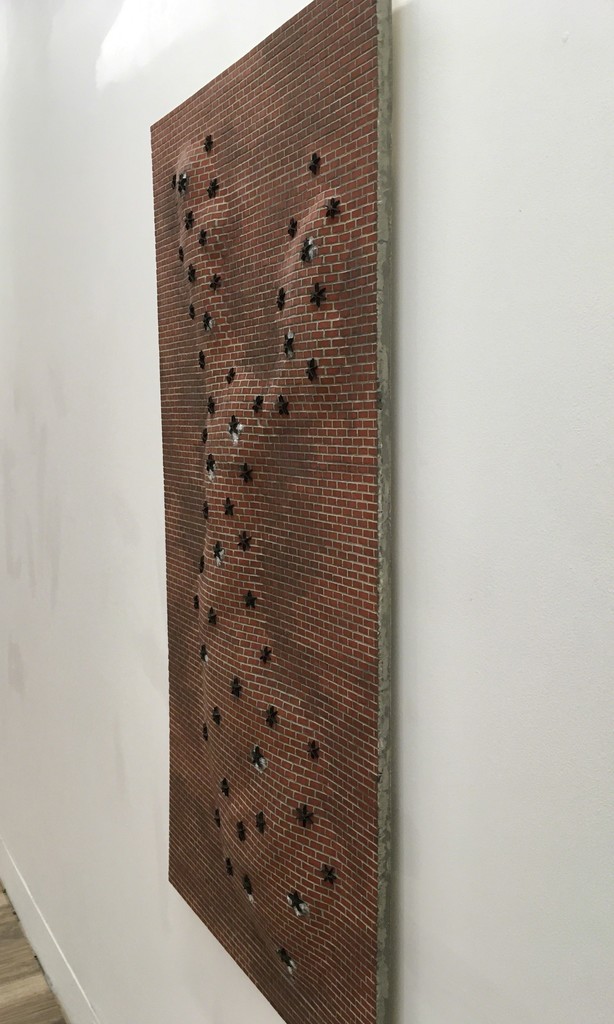 Anna Kaplan Contemporary is pleased to announce a two-person show of sculpture by Gary Sczerbaniewicz and works on paper by Sheila Barcik. Gary Sczerbaniewicz, Sheila Barcik will open on Friday, December 7th with a reception 6-9pm and remain on view through January 4, 2019. Gallery hours are Wednesday - Friday 11am - 3pm, or Saturday - Tuesday by appointment (contact Anna at 716-604-6183, or by email at [email protected]).

This show brings together Sczerbaniewicz’s intricate wall hung sculpture with Barcik’s mixed media works on paper. At the core of both Sczerbaniewicz’s and Barcik’s distinct practices is overt commentary on the human condition. Both of these bodies of work create a sense of simultaneous disquiet and intrigue, despondency and hope— the result of which is transcendiary.

The pieces by Sczerbaniewicz included in this installation are a continuation of a body of work first installed at Anna Kaplan Contemporary (then BT&C Gallery) in 2016. Primarily known for his immersive installations, these intimately scaled sculptures engage with Sczerbaniewicz’s insatiable fascination with interior, and often uncanny, architectural spaces. Sczerbaniewicz is interested in spaces that “evoke a sense of psychological unease.” He further explains,
I am drawn to create works in which some unknown, sudden event has rendered a space inert, transforming it from its original intended function into some form of hybrid and liminal zone.
While much of the work in this series has utilized the language of bricks and mortar, shown here for the first time are a group of works which recall an interior parquet floor, reoriented to hang on the wall.

Included with Sczerbaniewicz’s sculpture are Barcik’s works on paper with organic imagery executed in watercolor, gouache, egg tempera, and graphite. Barcik explains, “life, existence, and its existential experiences of searching and survival are the main themes in my work.” The heart of her practice is paper-based and her major works are extensive grids of mixed media works on paper, one of which (Red Chutes) is included in this installation. Red Chutes is made up of 98 individual drawings, each of value in and of themselves, but formally composed to be hung together. The imagery from one sheet of paper flows and interacts with the content on neighboring sheets adding both a surreal quality and a complex dimension that would have been lost had the piece been executed as an un-interrupted image. Red Chutes is a landscape-like installation that invites the viewer to wander through the vital, expressive, morbid, but also the hopeful and potentially spiritual.

Barcik’s expressive works on paper at first may appear to be a foil to Sczerbaniewicz’s harder edged, highly intricate sculpture. Further, Barcik’s work often includes reference to a figure, while in the world of Sczerbaniewicz’s sculpture, the figure is notably absent. When installed together, the two distinct practices play off each other in fascinating ways, giving you access to an otherworldly space that is at once familiar and unknown.

ABOUT THE ARTISTS
Gary Sczerbaniewicz holds a BFA in Sculpture from the New York State College of Ceramics at Alfred University and a MFA from the Department of Visual Studies at the State University of New York at Buffalo. Sczerbaniewicz is a 2016 fellow in Architecture, Environmental Structures, & Design from the NY Foundation for the Arts. He was a recipient of a 2017 NYSCA DEC Individual Artist Grant, 2013 Jacob Kassay MFA Award, 2010 NYFA Strategic Opportunity Stipend, and was a 2010 member of the NYFA Mark Program. Sczerbaniewicz has recently completed artist residencies at Yaddo (2017), the Constance Saltonstall Foundation for the Arts (2016), and Sculpture Space (2013). In 2017 Sczerbaniewicz was named Visiting Assistant Professor of Sculpture at the University of Notre Dame, in South Bend, IN. Previously, he has taught sculpture and 3D design classes at both the University at Buffalo and Buffalo State College. Sczerbaniewicz has been included in exhibitions both locally and across the country including in NYC, Philadelphia, PA, Wilmington, DE, and Toronto, Ontario. A solo show of Sczerbaniewicz’s work is scheduled to open January 11, 2019 at The Gadsden Arts Center & Museum in Quincy, FL and will run through March. His work will also be the feature of a solo show at the Holy Family University Art Gallery in Philadelphia this February 2019. Sczerbaniewicz was born in New Hartford, NY and currently lives and works between Buffalo and South Bend, IN.

Sheila Barcik was born in Buffalo in 1960. She holds a BFA and a BS in Design from Buffalo
State College, and an MFA from the State University of New York at Buffalo. She is the
recipient of the following grants: New York Foundation for the Arts Fellowship; a one year grant and residency, and a project grant at Kuenstlerhaus Schloss Balmoral, Bad Ems, Germany; the nation-wide German grant, Kunstfond Bonn; a grant and residency at Kuenstlerhaus Schloss Wiepersdorf, Germany; and most recently residencies in 2013 and 2017 at The Helene Wurlitzer Foundation, Taos, NM. Her work is in many private and public collections including: Kunstkredit Basel-Stadt, Switzerland, Kunstsammlung, Rheinland-Palatinate, Germany, and Arp Museum Bahnhof Rolandseck, Ramagen, Germany. Barcik relocated to Buffalo in 2017 after living in Europe for nearly thirty years, the last seventeen of which she spent in Germany (mostly in Berlin). She has exhibited most widely in Germany and Switzerland and is best known for her large-scale grids of works on paper, which she has been exhibiting since 2000. A solo exhibition of Barcik’s work titled “From the Core” is scheduled to open at Buffalo Arts Studio on January 25th, 2019.