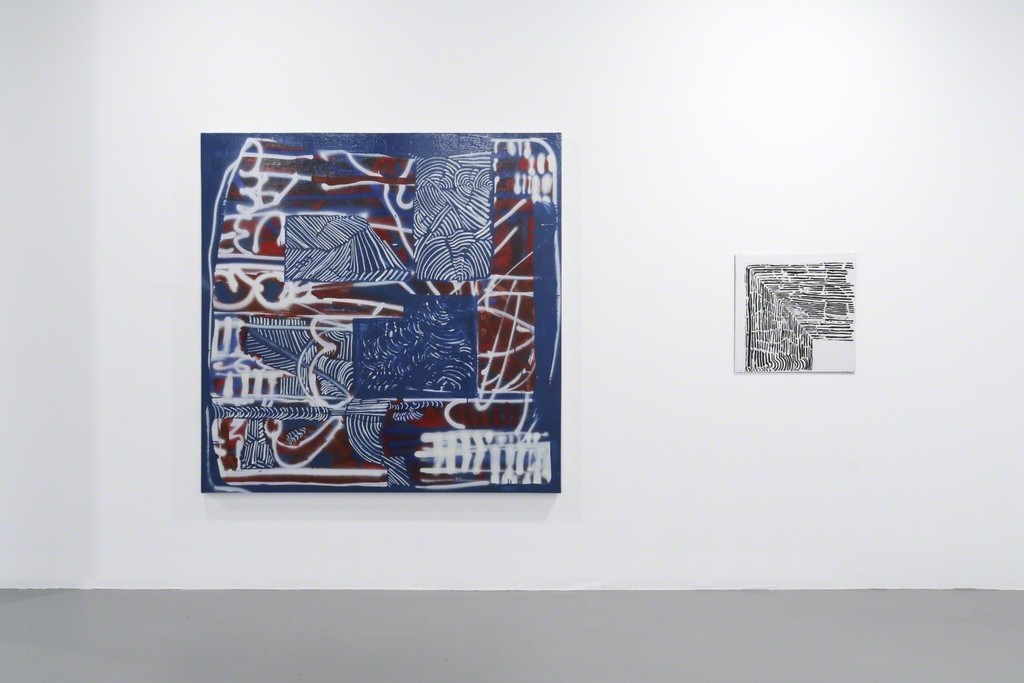 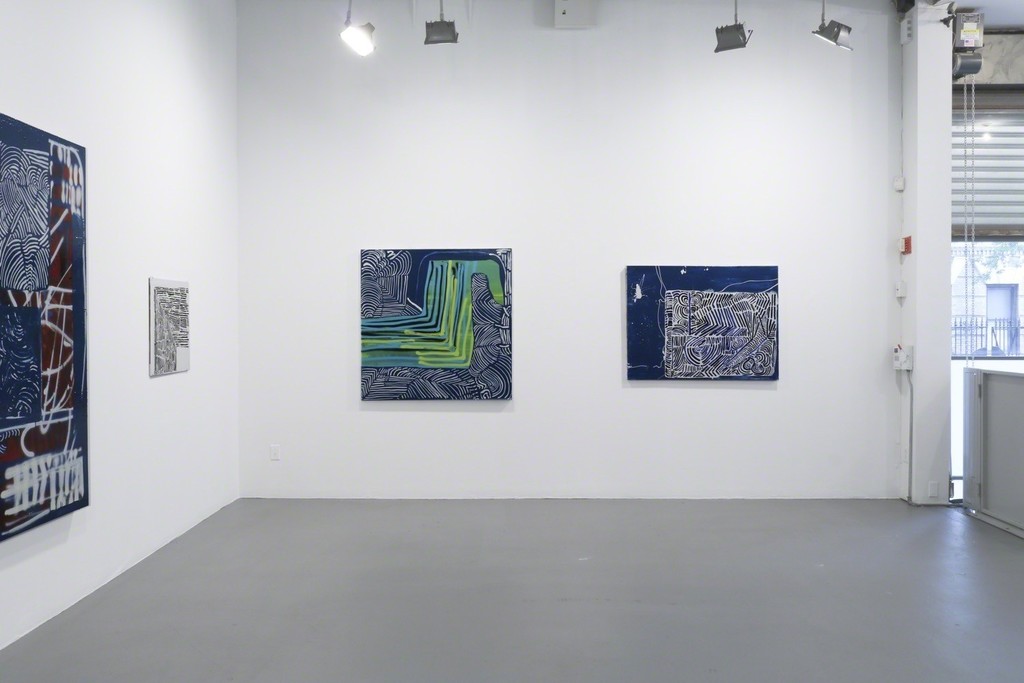 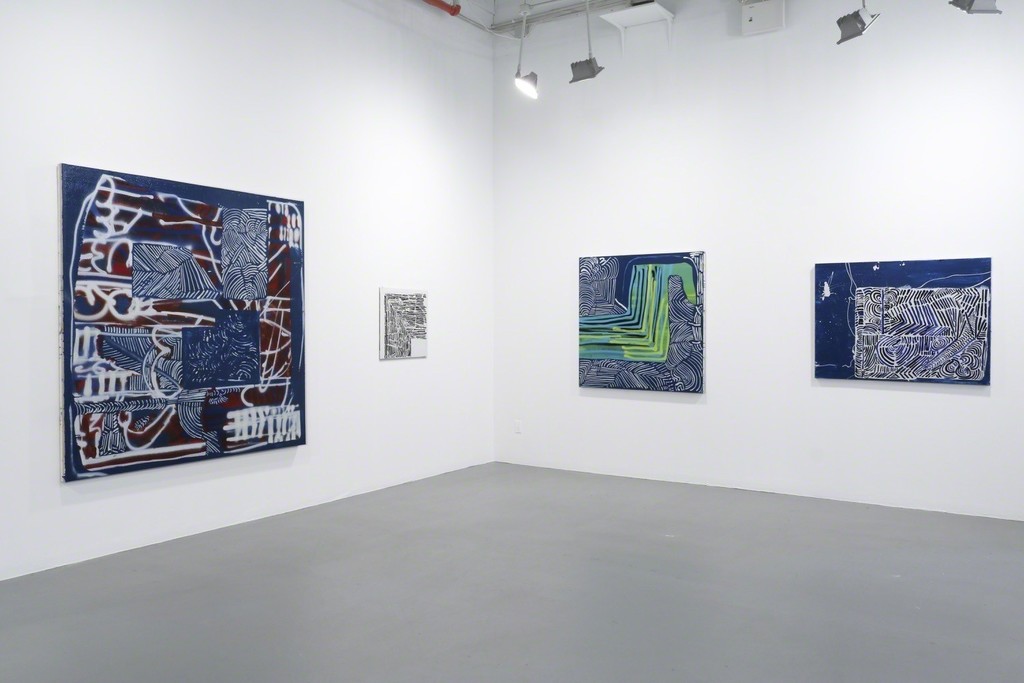 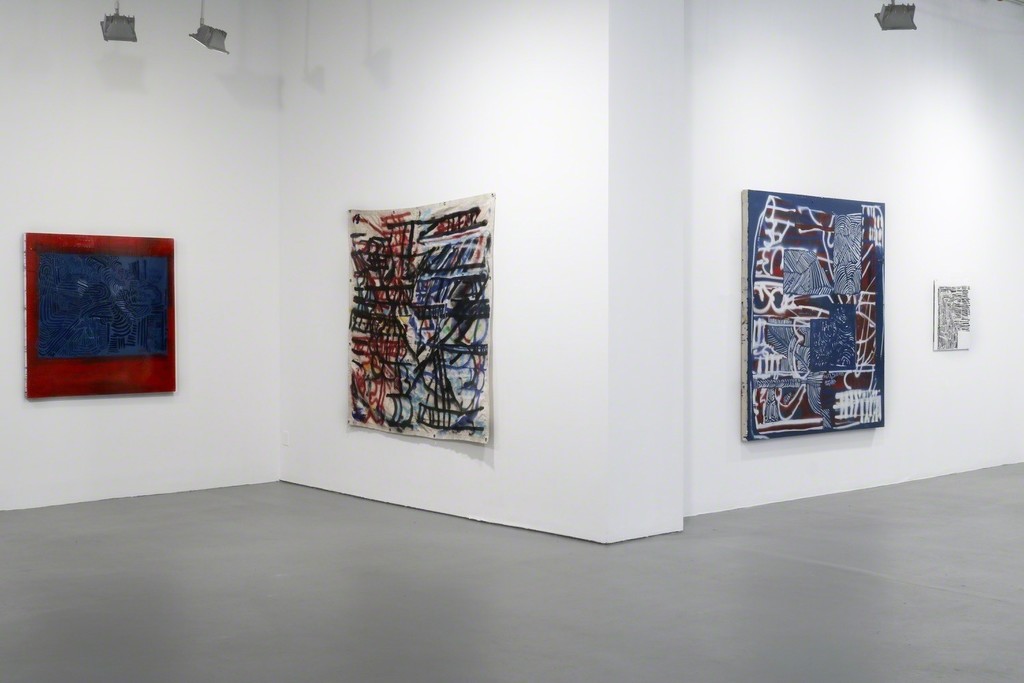 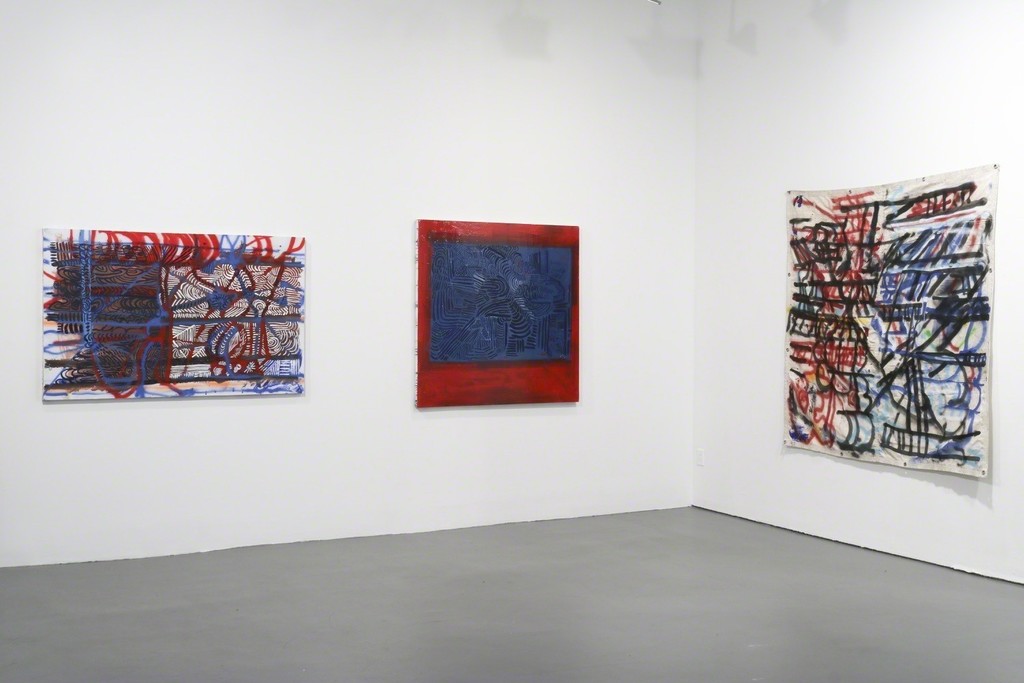 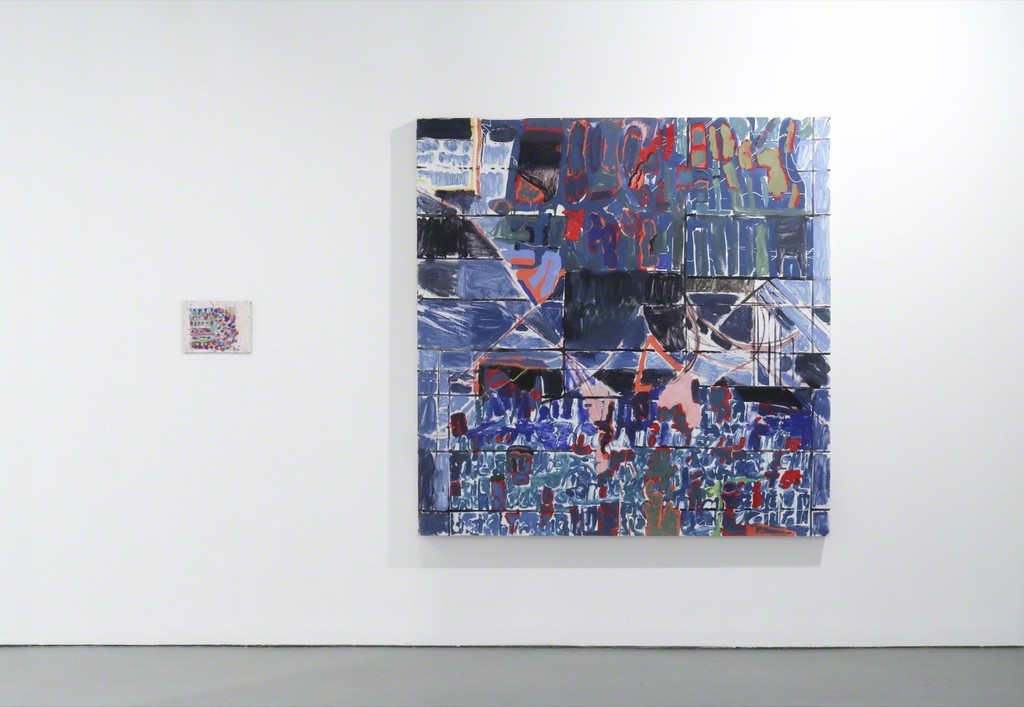 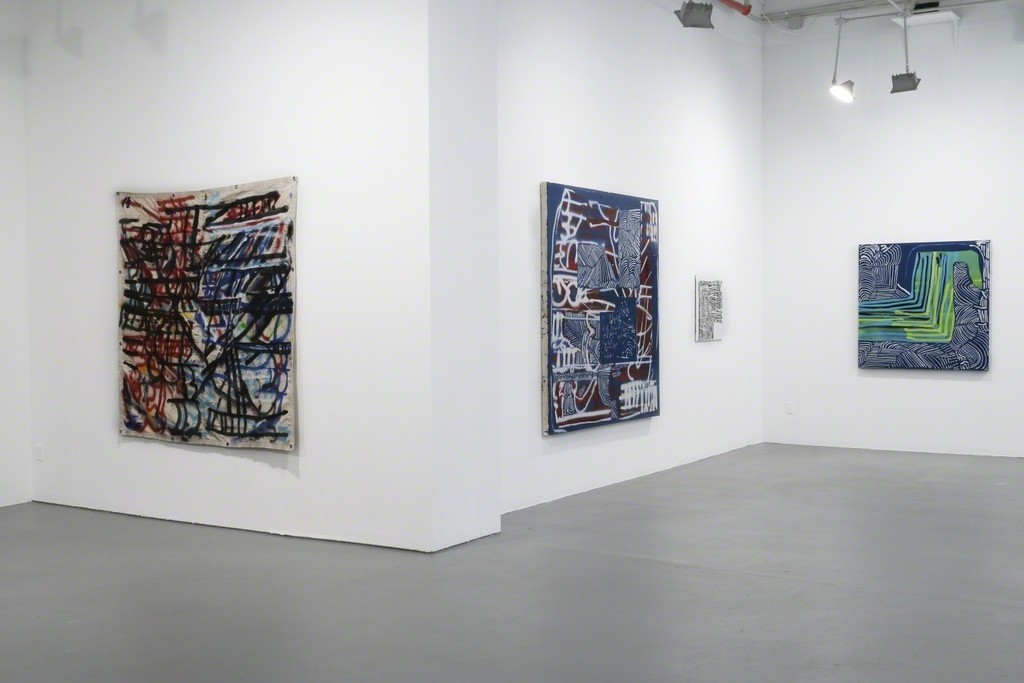 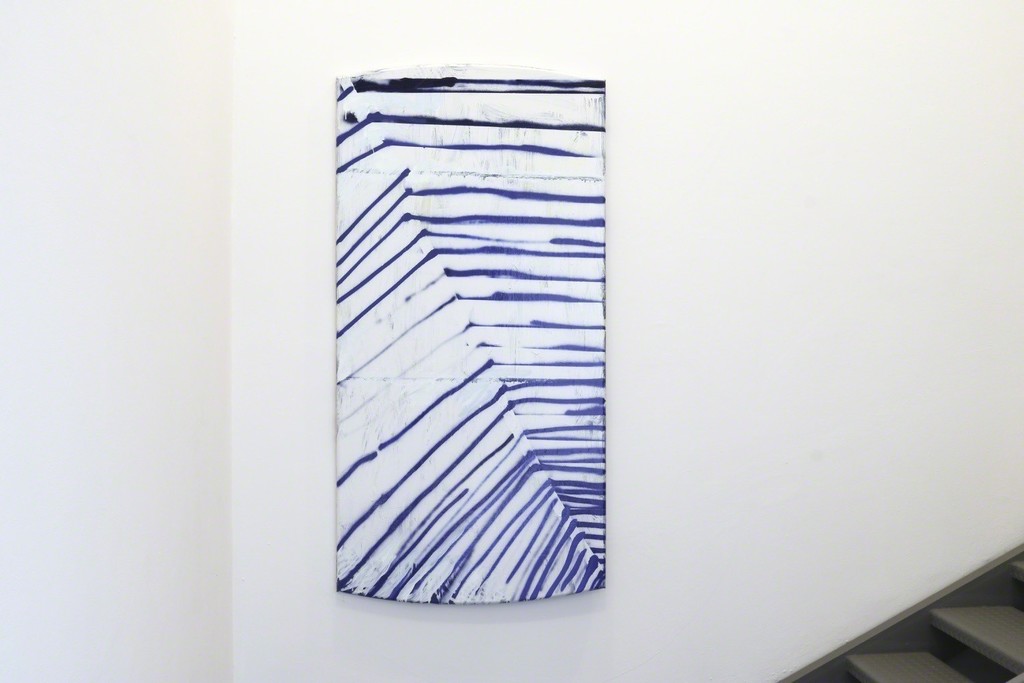 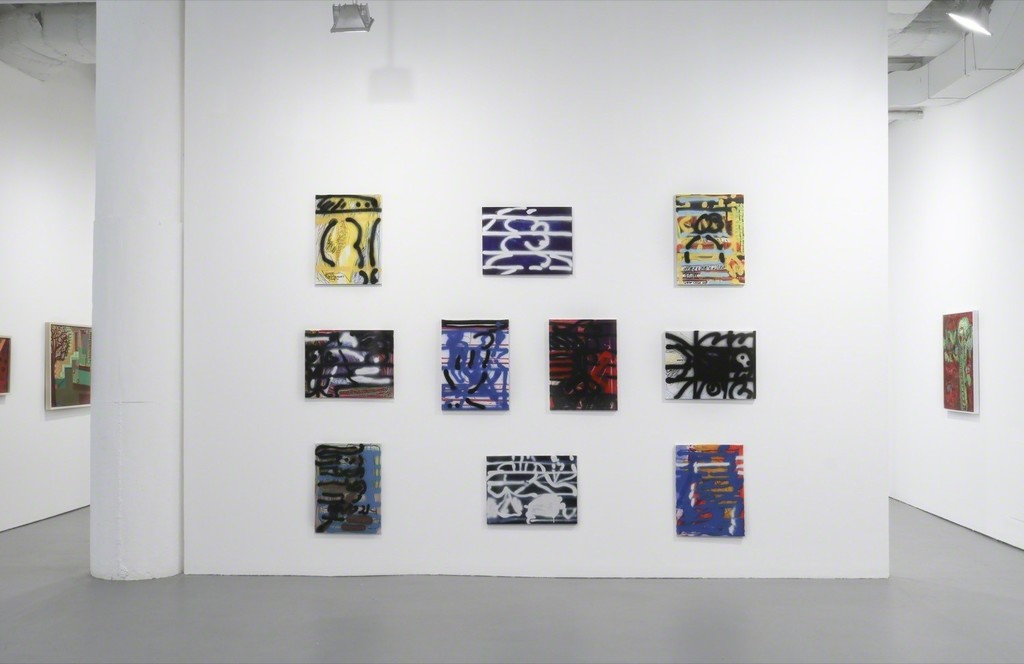 White Columns is proud to present a solo exhibition by the Buffalo, New York-based artist Pam Glick – her first exhibition in New York in almost 25 years. Glick’s exhibition comprises of a recent group of twenty paintings – typically made with oil and enamel paint – that together might be understood as psychologically-charged landscapes. In her work, Glick often returns to, or perhaps more accurately departs from, a schematic image of Niagara Falls - a recurring visual metaphor for both the inevitability of change and the potential for renewal - which she subsequently abstracts and deconstructs, creating in turn visceral, complex, and labyrinthine paintings that suggest a form of psychological and emotional mapping. Glick’s gestural mark making is often calligraphic; fragmentary language, from a wide range of sources, manifests in the work, establishing a kind of visual ‘patois’, a lyrical aesthetic-narrative form, at once legible and illegible.

Pam Glick lives and works in Buffalo, New York. She received a BA in painting in 1980 at the Rhode Island School of Design, Her first solo exhibition took place at White Columns in 1981. Her work was subsequently exhibited widely during the 1980s and 1990s, including solo exhibitions at the Wolff Gallery, New York; Hirschl and Adler, New York; and Michael Kohn Gallery, Los Angeles, among others. Group shows included White Columns (1982); Pat Hearn Gallery (1983), and the Drawing Center (1990), among others. She recently had a solo exhibition at BT&C Gallery, Buffalo (2016), and her work was included in the Hallwalls survey exhibition ‘Amid/In Western New York’ (Buffalo, 2015.)