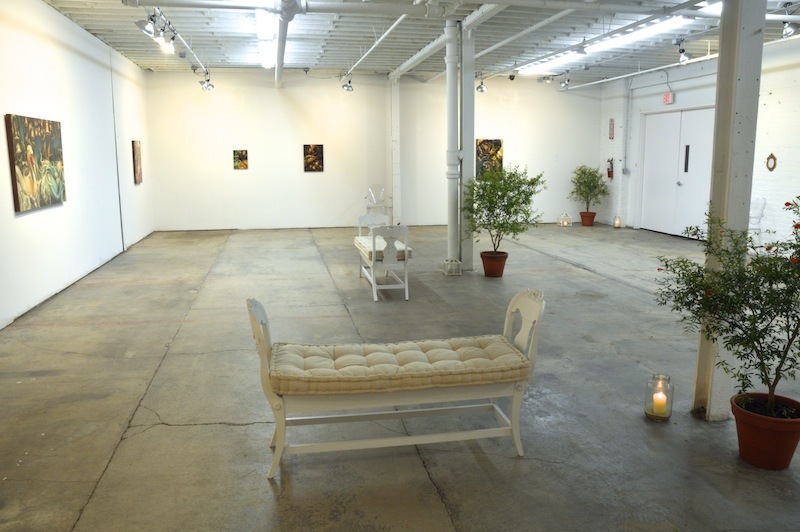 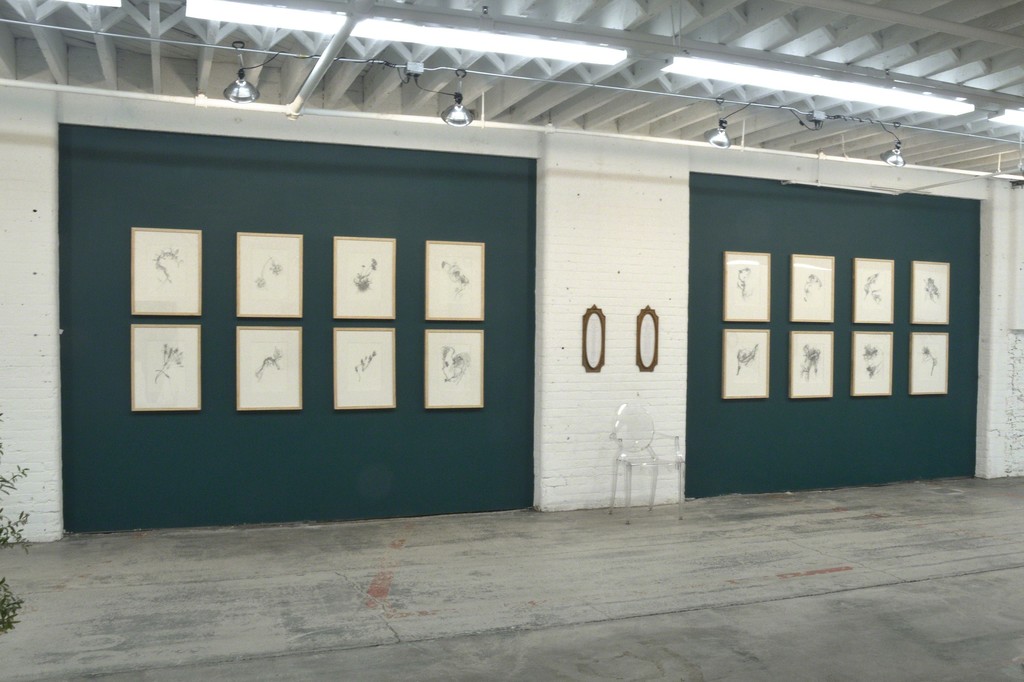 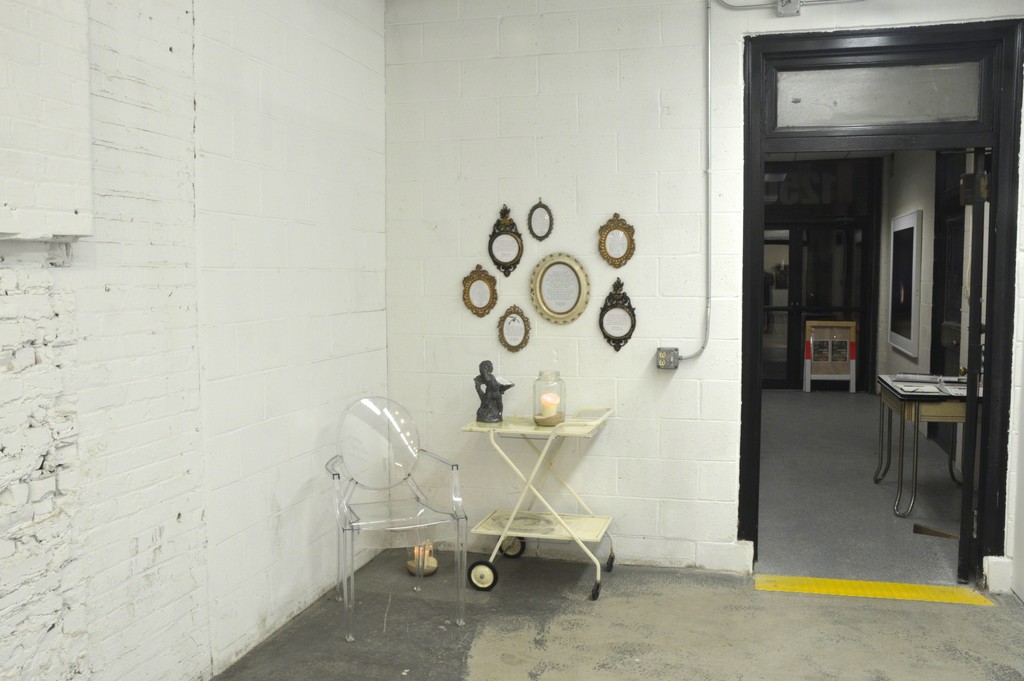 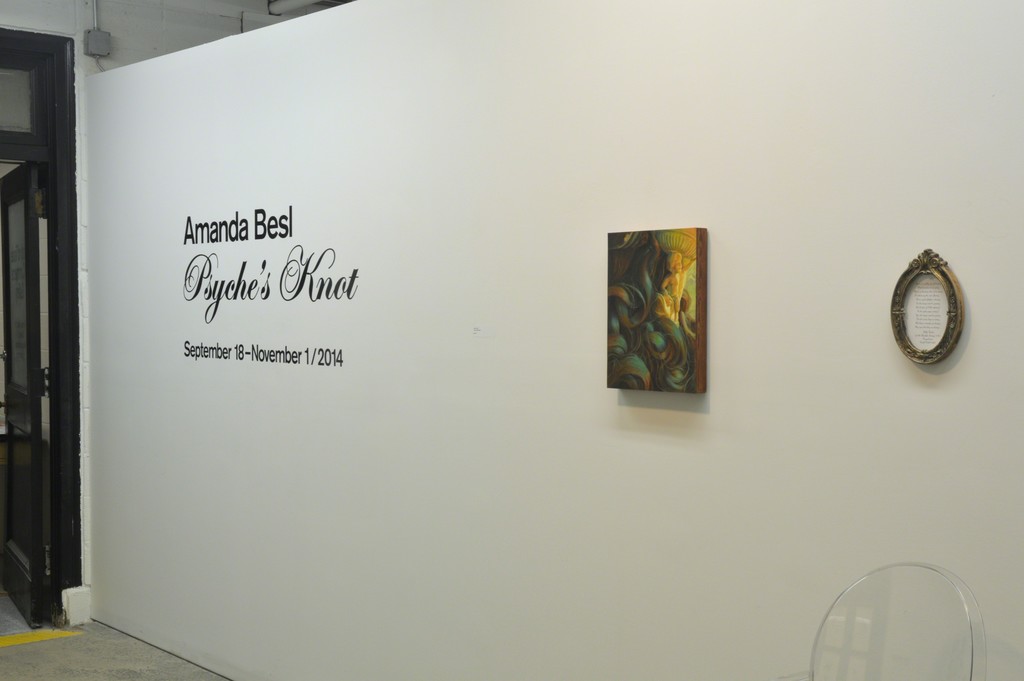 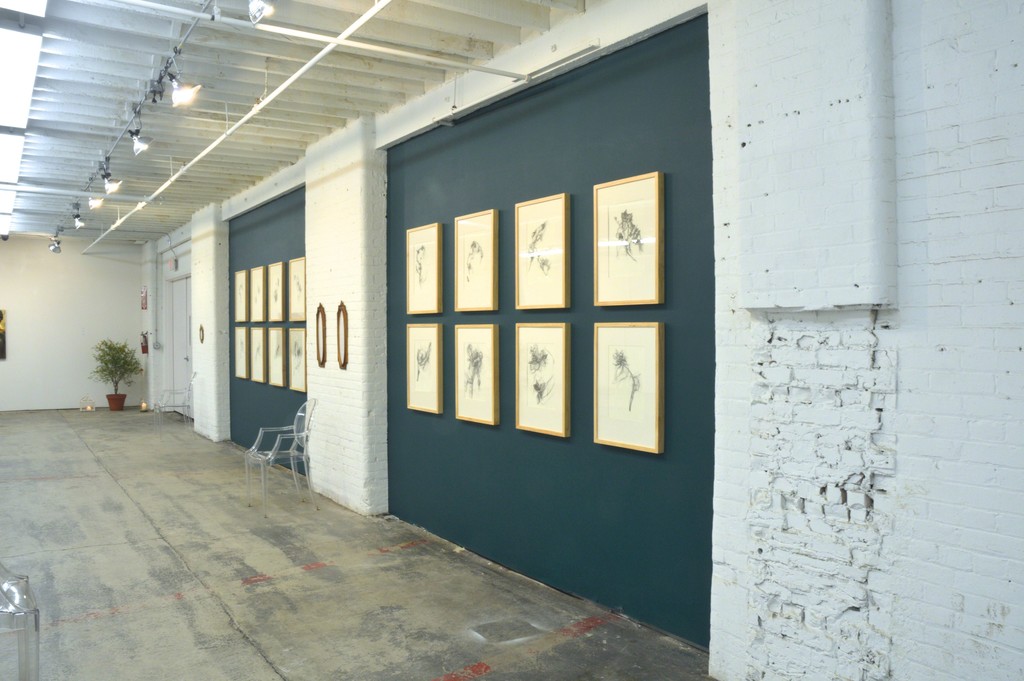 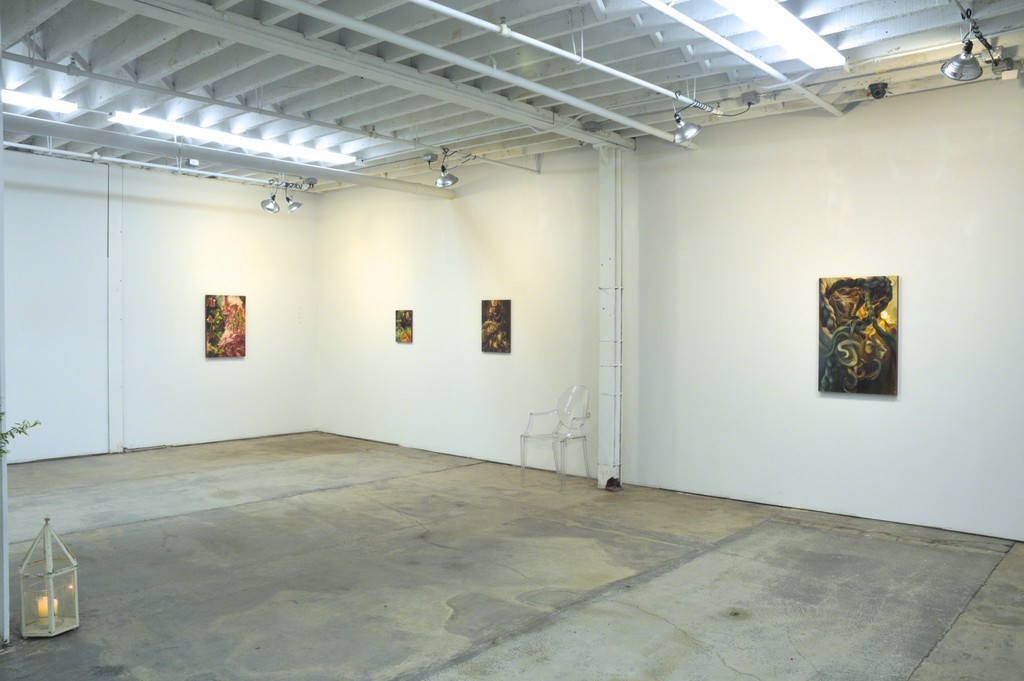 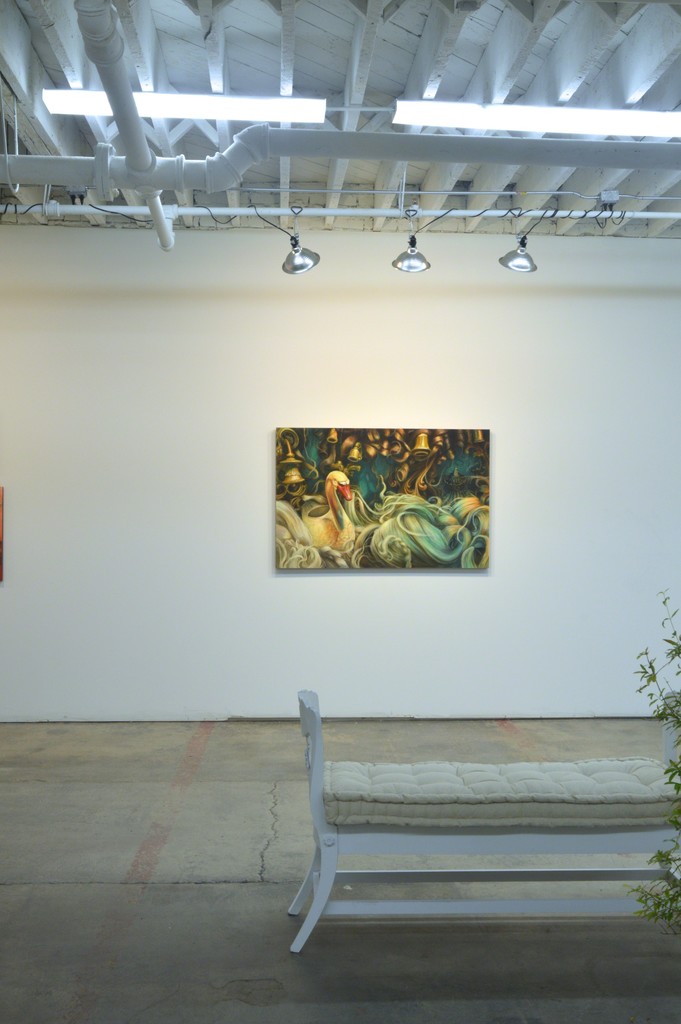 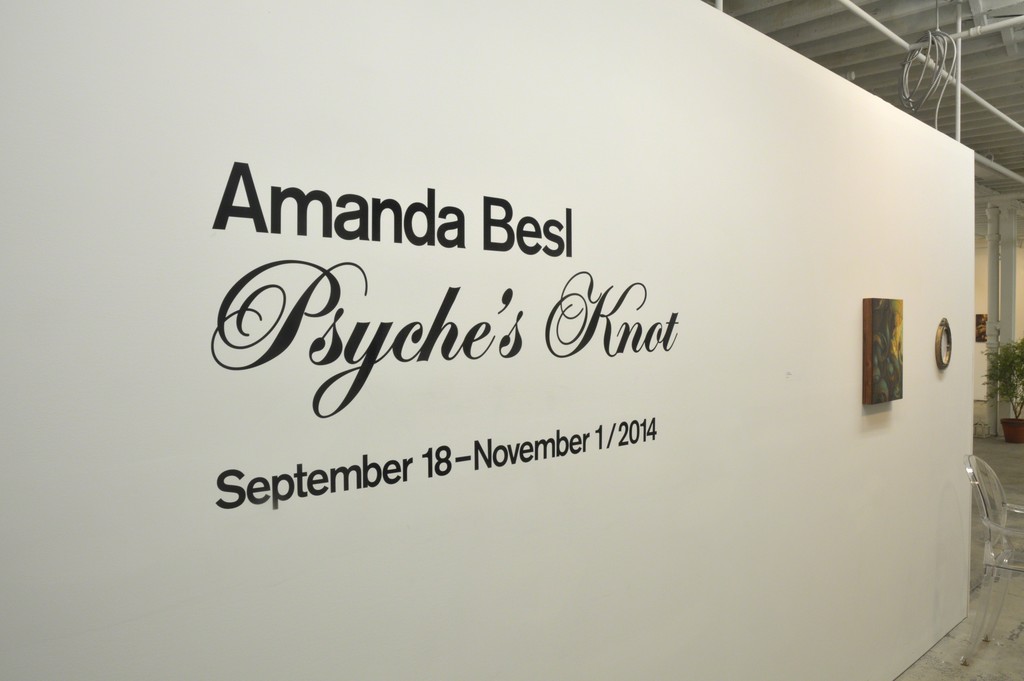 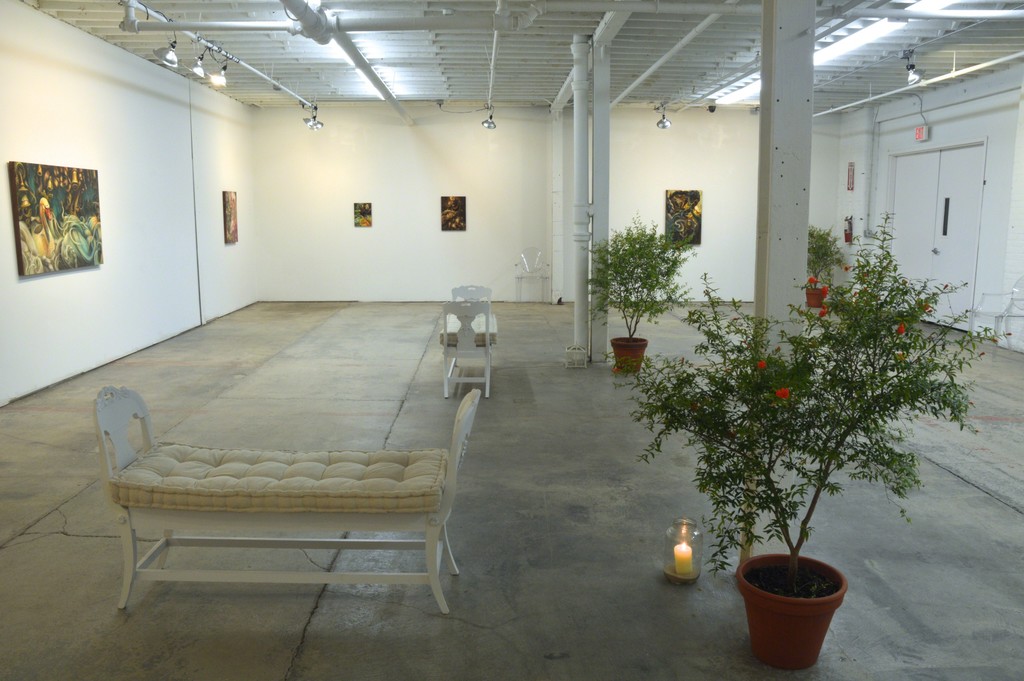 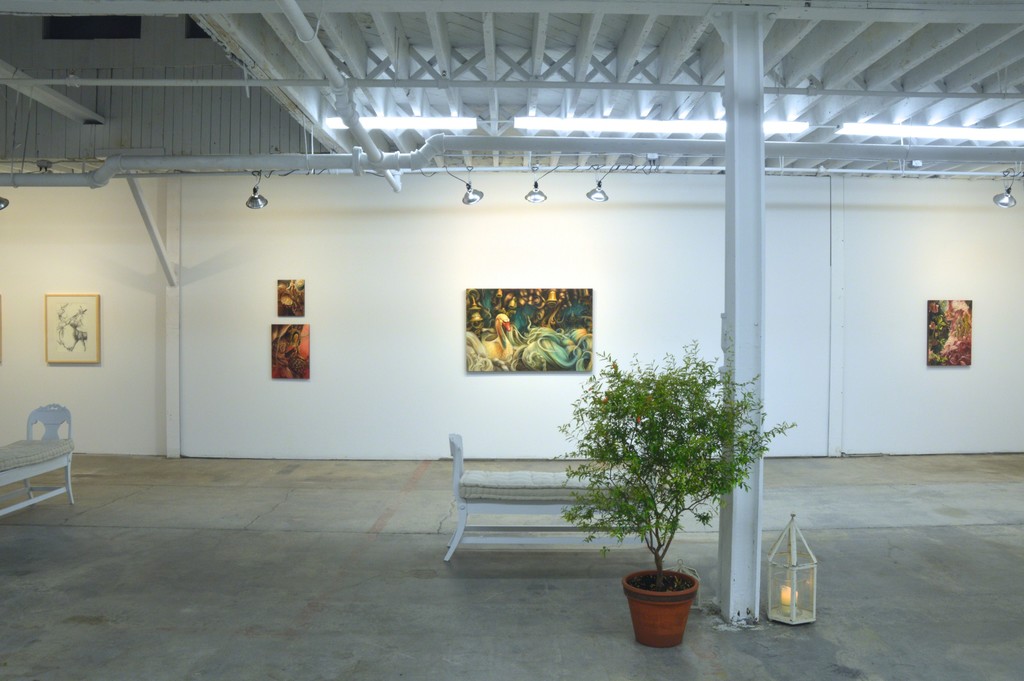 BT&C Gallery is pleased to announce Psyche’s Knot, an exhibition presenting the latest work by Amanda Besl, on Thursday, September 18th with a reception from 6:30 pm – 9:30 pm.

In a recent departure from the diminutive scale and imagery of female adolescents through which she perfected her painting skill, Amanda Besl launches her latest and most impressive body of work to date. Besl’s meticulous still lifes in oil paint are constructed with imagery of tangles of human hair interacting with inanimate Baroque or kitsch objects and deftly explore issues of identity, psychology, and history. To create her vivid imagery, Besl finds inspiration in late Rococo traditions ala Fragonard, Narnia, Victorian eccentricity- hair styles and flower naming, Greek mythology, and Miss Havisham, to name a few. The result is an intricate visual and psychological landscape. Besl’s paintings are both stunning aesthetic depictions and deeper psychological constructs—they only fully reveal themselves after contemplation at length.

Alongside Besl’s elaborate oil paintings, her drawings are also included in the exhibition- graphite on paper works depicting tangles of hair and flora, some of which she describes as “self portraiture.” There is a skillful use of paradox on many levels in Besl’s choice of imagery, which speaks to both the universally feminine and the very intimate. She states:
“A woman constructs her identity with her hair, a medium that is so personal that it contains life’s DNA. It is coveted and yet also repulsive. I explore these disembodied tresses which act as a very personal iconography.”

Besl has shown widely in both Western New York and New York City, and in Belgium, France, the Netherlands, and Russia. Besl holds an MFA in Painting from the Cranbrook Academy of Art, Bloomfield Hills, MI and a BFA from SUNY Oswego. Her painting is part of several notable private and public collections including the Burchfield Penney Art Center; Nichido Contemporary, Tokyo, Japan; the Burger Collection, Hong Kong and the Tullman Collection, Chicago.