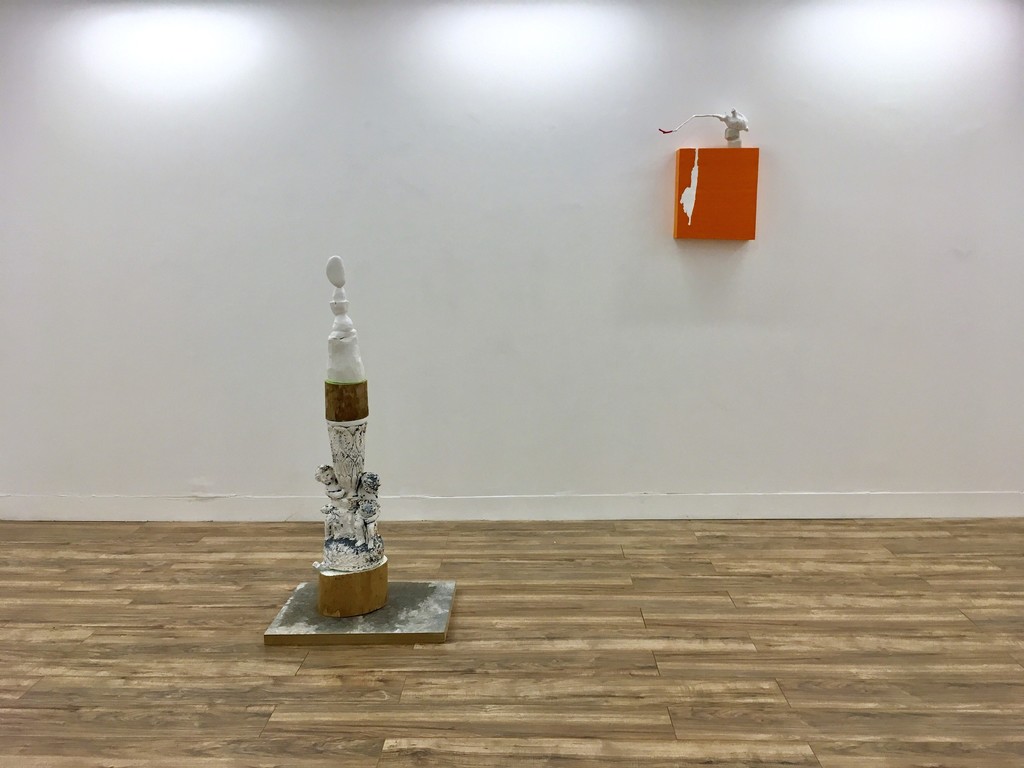 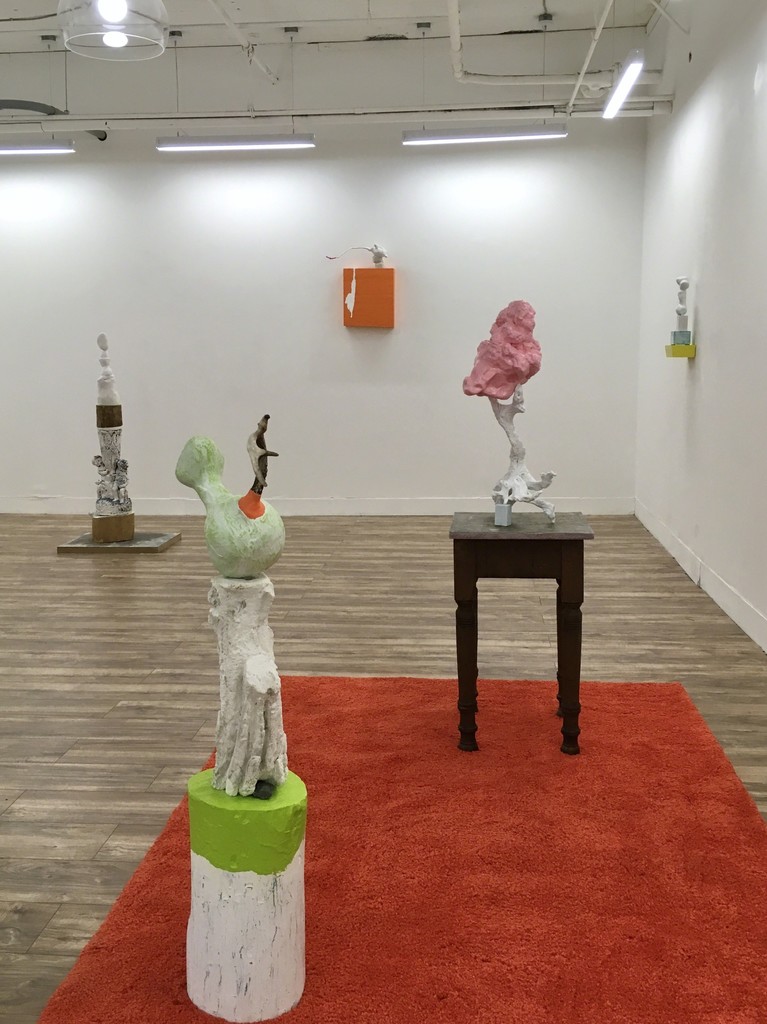 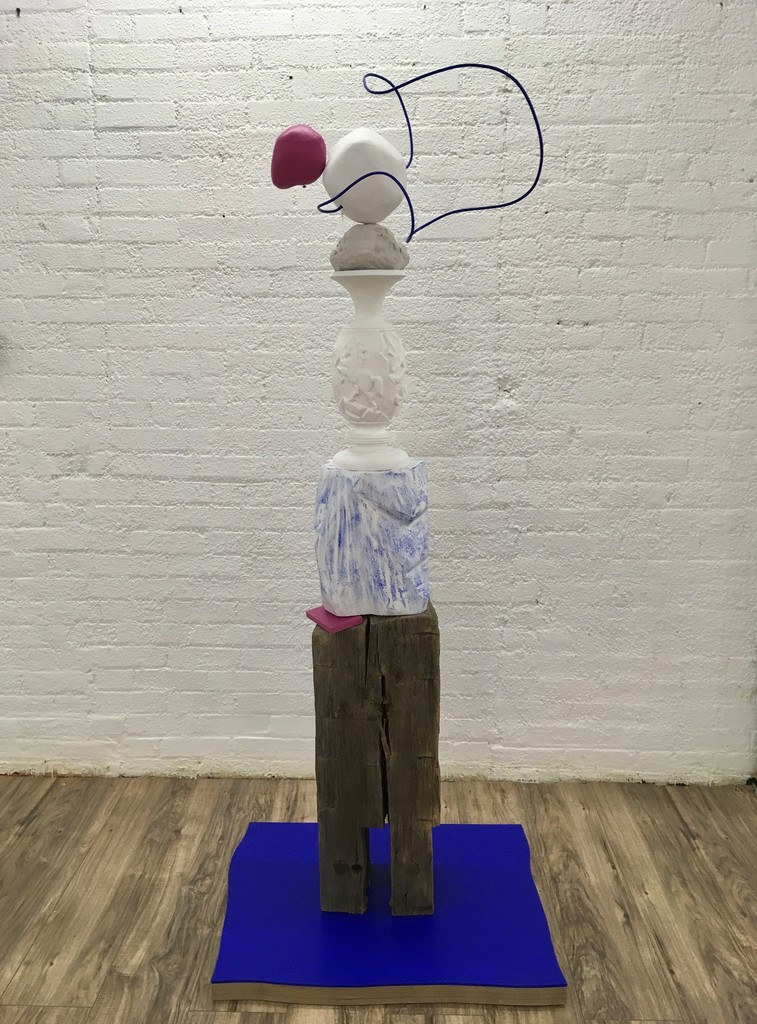 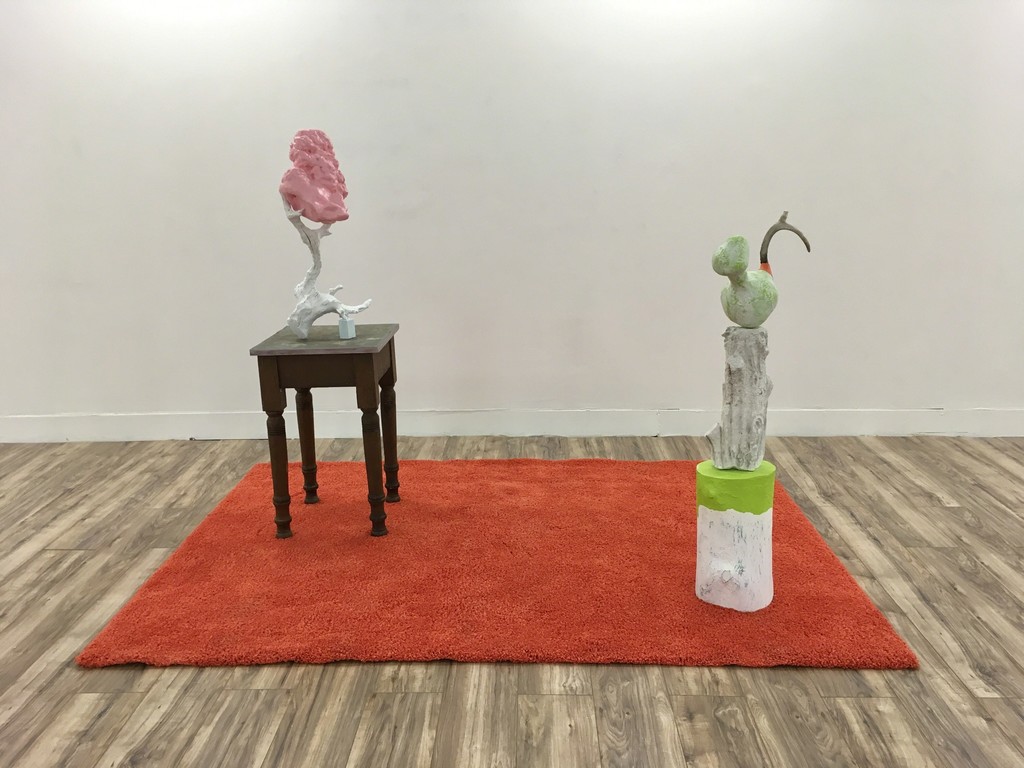 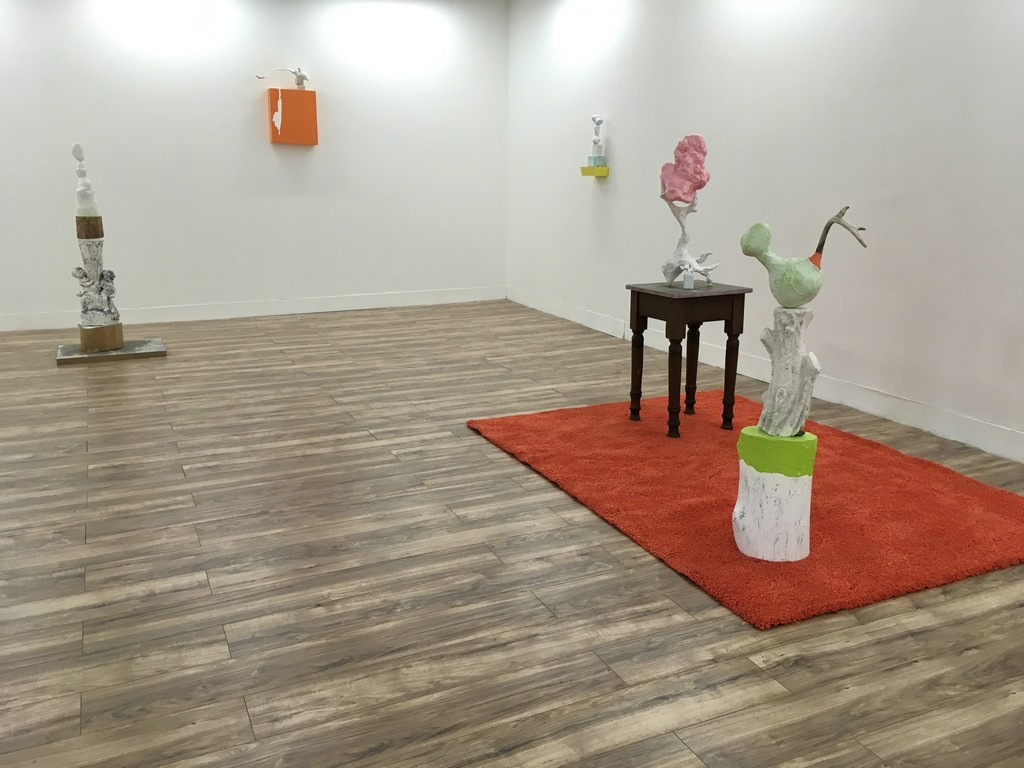 Anna Kaplan Contemporary (formerly BT&C Gallery) is pleased to announce then again, a solo show of sculpture and drawings by Roberley Bell. then again opens on Thursday, October 25th with a reception 6 - 9pm and will remain on view through November 23rd. There will be an artist talk in the gallery on Friday, November 2nd at 6pm in the format of a conversation between Bell and Holly E. Hughes, Godin-Spaulding Curator and Curator for the Collection, Albright-Knox Art Gallery. Gallery hours are Wednesday - Friday 11am - 3pm, or by appointment (716-604-6183 [email protected]). Concurrent to then again is an installation of Bell’s work at Hotel Henry in Buffalo as part of The Corridors Gallery at Hotel Henry: A Resource:Art Project on the building’s second floor and will remain on view through mid-November.

then again brings together in the physical gallery space Bell’s sculptural practice and her drawing practice. Bell’s drawings have never been included in an installation alongside her sculptural work, yet she has a deep-seated practice of working out her complex ideas around color and form on paper. The drawings included, which the artist has collectively titled Finding Form, date as far back as 2000 through to this past Summer when she was teaching at the School of Art at the Chautauqua Institution and drawing daily. While at Chautauqua, Bell’s drawing practice evolved and included are recent works on paper that include form that is explored over two or three combined sheets of paper. There is a palpable spontaneity and immediacy inherent in these works on paper. Bell explains:
I use drawing as a means of thinking out loud—a way to begin where something doesn’t exist. I am, as I like to say, ‘finding form.’ Through the fluidity of watercolor pencil (my most often drawing tool), I am able to make a mark that is best explained as a gesture allowing for further discovery and refinement in the process of realizing the form as three dimensional.

Also included is both wall hung and floor sculpture by Bell. The sculptural works continue in the vein of the artist’s some things series, which began in 2014. The some things share a direct affinity with the drawings as they are meditations for Bell— often initiated as mental preparation for ideas explored in her large-scale work, but a significant part of Bell’s creative practice in their own right. Also included are a handful of Bell’s latest floor pieces— a series of vertically oriented works that the artist considers as still lifes. They are stacked, delicate amalgams of many media, thoughtfully constructed and balanced. These works directly relate to the some things through use of color, physicality and relatively intimate scale. The stacked format references the human form and recalls diverse visual references such as Isamu Noguchi, Constantin Brancusi, and the iconic American skyscraper. Bell states:
I work with a range of materials, some fabricated into distinct forms, others utilized in their found state. Through my work, I seek out the material that at any given time best expresses the form I want to capture. The assembled elements, along with the addition of brilliant color and pattern, reference the natural world blurring the lines between inside and outside, nature and artifice. My sculptures are embedded in the formal language of spatial composition straddling the space between representation and abstraction.

This is the third solo exhibition of Bell’s at Anna Kaplan Contemporary (formerly BT&C Gallery).

ABOUT THE ARTIST.
Bell spent her childhood in Latin America and Southeast Asia. She attended the University of Massachusetts and State University of New York at Alfred from where she holds an MFA in Sculpture. Bell is the recipient of many grants and fellowships including, a Pollock Krasner Fellowship and a 2010 Senior Scholar Fulbright to Turkey. Bell’s Fulbright topic, The City as Site of Intervention, resulted in a series of projects in public spaces throughout the city of Istanbul. Bell has received numerous residency awards both nationally and internationally including, most recently at the Hillwood Museum and Gardens, Washington, DC; Institute for Electronic Arts, Alfred University, Alfred, NY; and Visual Studies Workshop, Rochester, NY. Recent solo exhibitions include, The Shape of the Afternoon, 2014, at the deCordova Museum and Sculpture Park, Lincoln, MA; and Early One Morning, 2016, BT&C Gallery (now Anna Kaplan Contemporary). Last year, Bell was included in Wanderlust: Actions, Traces, Journeys 1967-2017, curated by Rachel Adams at the University at Buffalo Art Galleries. Recent public projects include “a visitor and one other” installed this year in Amherst, MA in an exhibition organized by UMASS Amherst and the University Museum of Contemporary Art and Locus Amoenus, installed at Tifft Nature Preserve in Buffalo as part of the Albright-Knox Art Gallery’s Public Art Initiative. Bell has also completed public projects in Toronto, Cambridge, Pittsburgh, Chicago, Baltimore, Albany, Istanbul, Turkey and Kaliningrad, Russia. She most recently participated in the inaugural edition of PLAY/GROUND and was one of 29 artists who transformed a former school building in Medina, NY. Bell lives and works in Western New York.
ABOUT ANNA KAPLAN CONTEMPORARY
Anna Kaplan Contemporary is formerly BT&C Gallery (Body of Trade & Commerce Gallery), founded in 2013 and on Niagara Street in Buffalo since June of 2014. annakaplancontemporary.art for more information. Follow us on Facebook and Instagram (@annakaplancontemporary @annarkaplan). Anna Kaplan Contemporary is also a part of the art consultancy Resource:Art, (resourceartny.com). Resource:Art is a unique collaboration with two other WNY gallerists, Elisabeth Samuels (Indigo Art) and Emily Tucker (Benjaman Gallery Group).