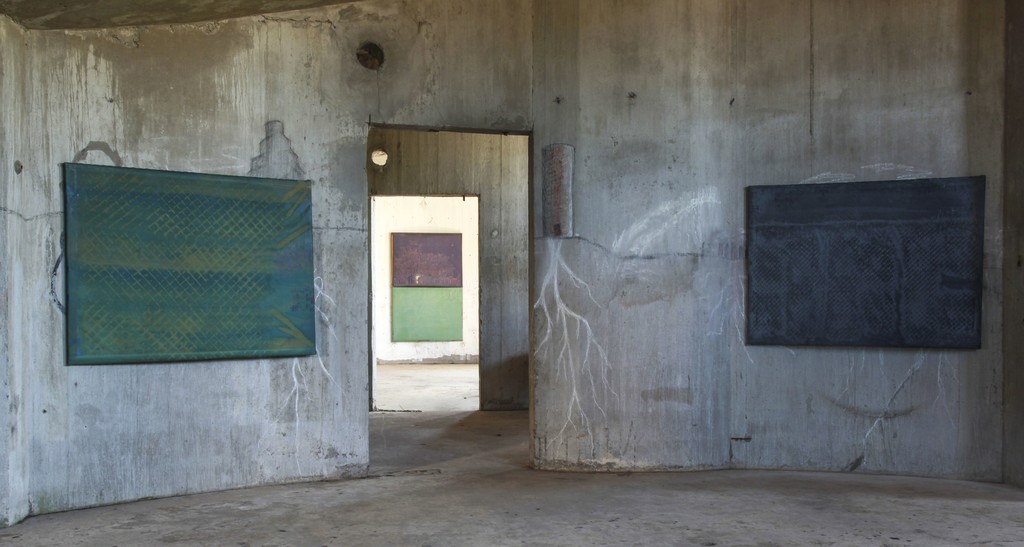 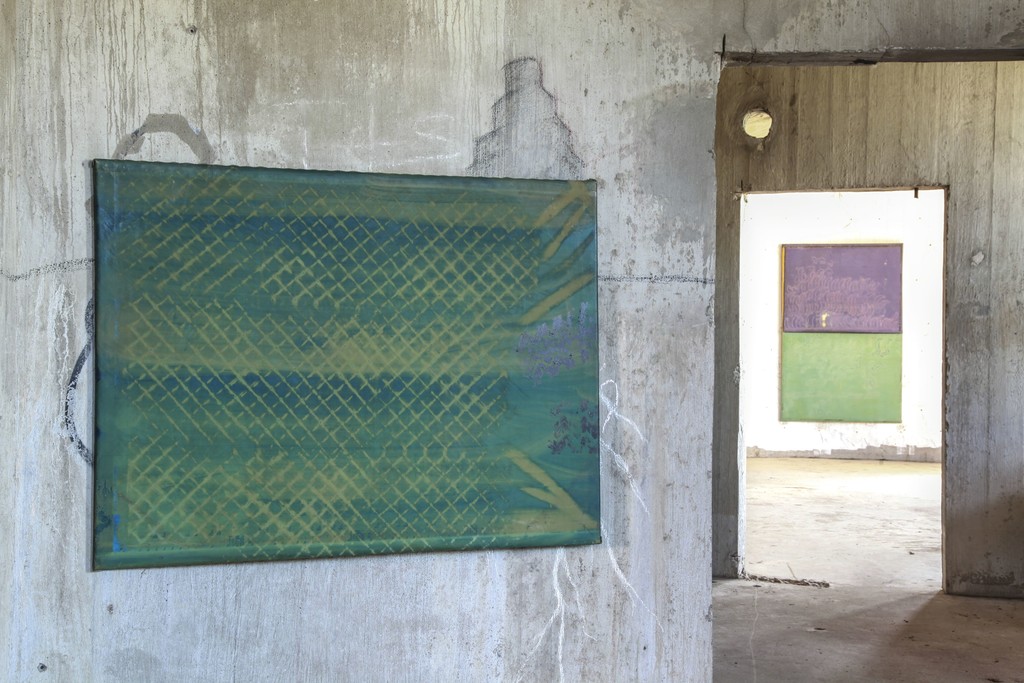 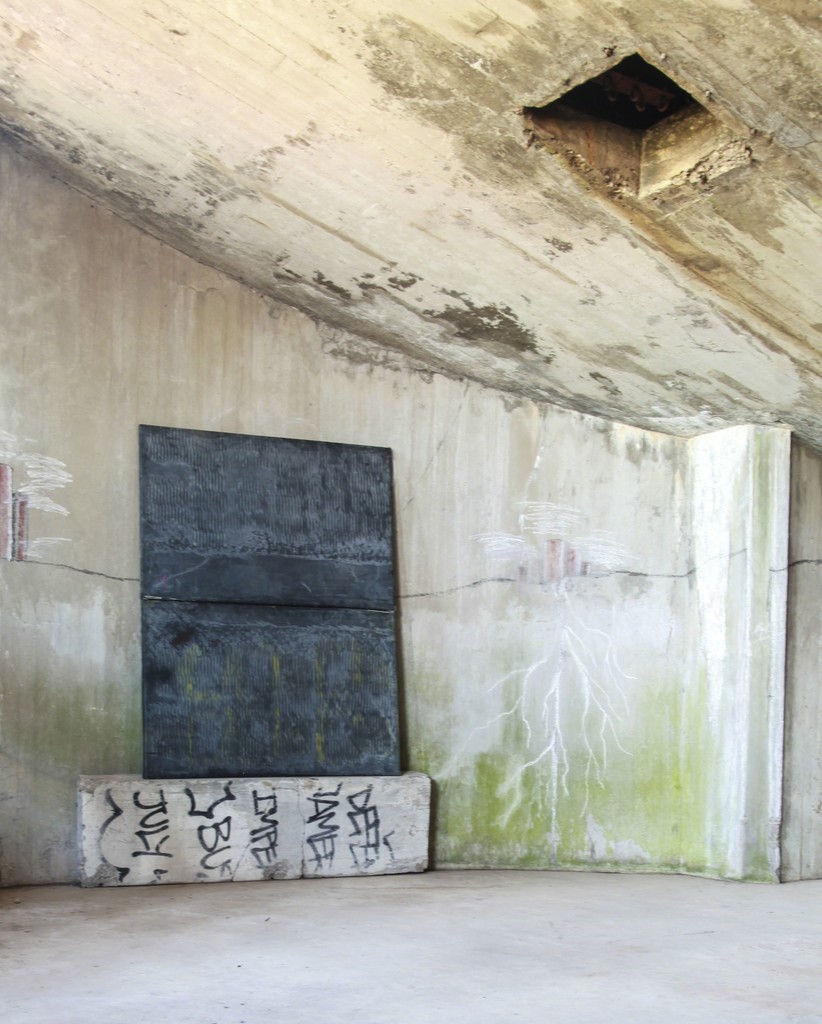 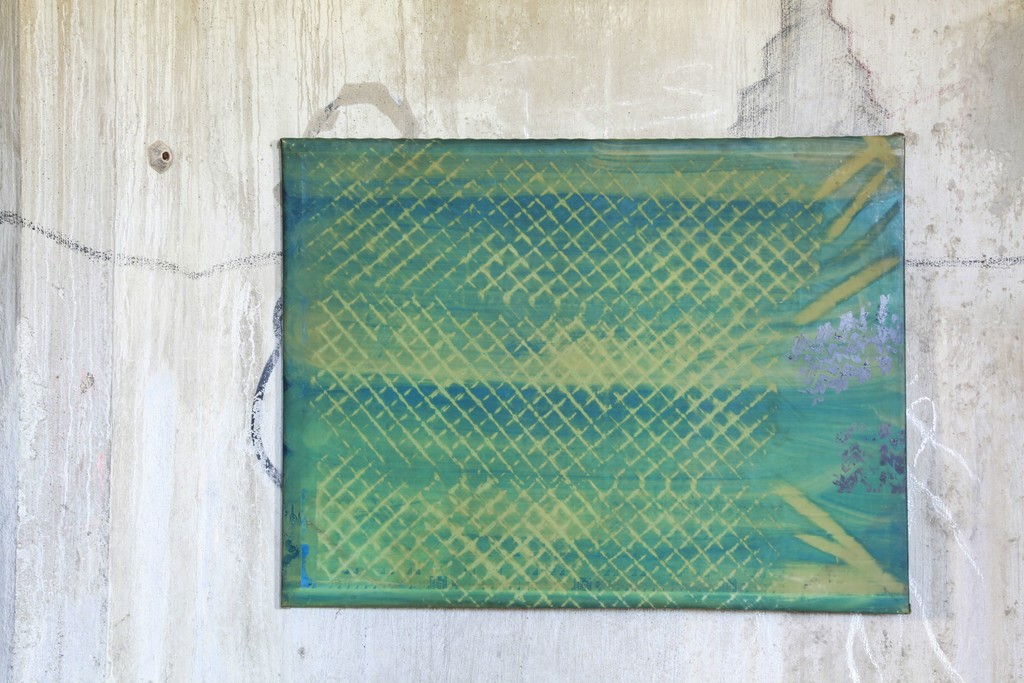 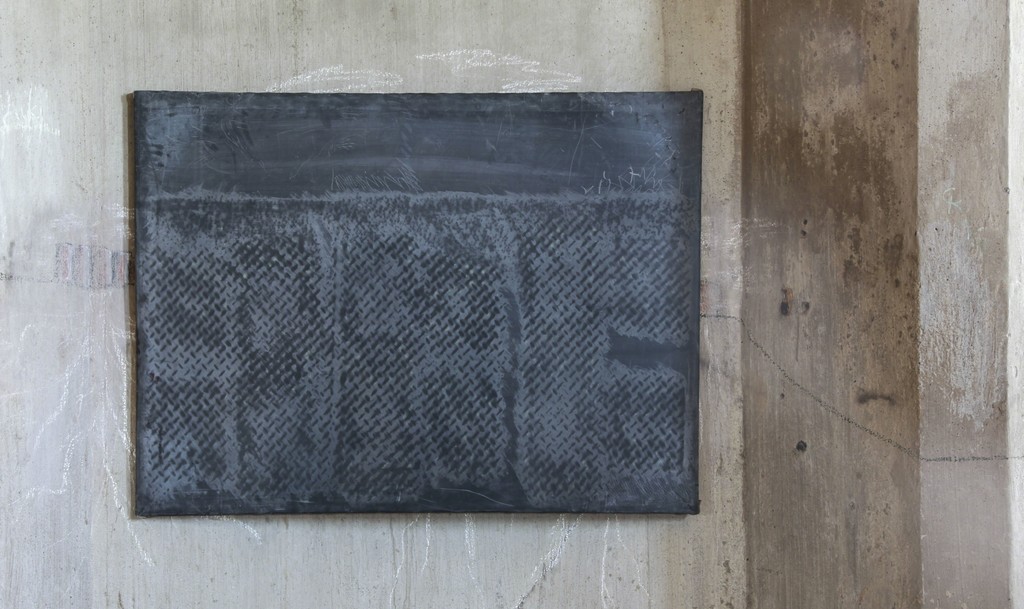 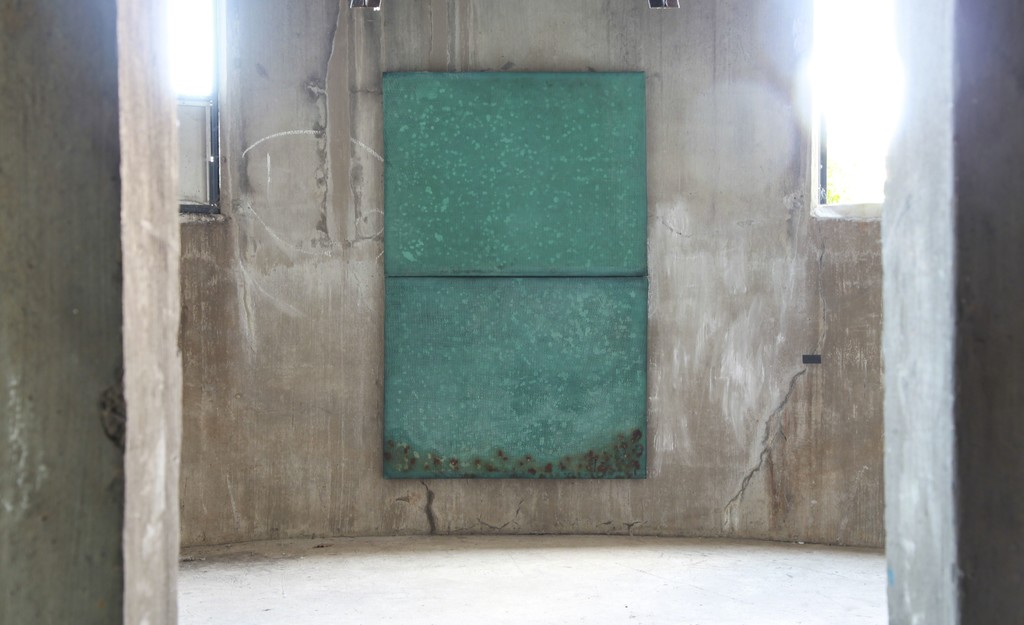 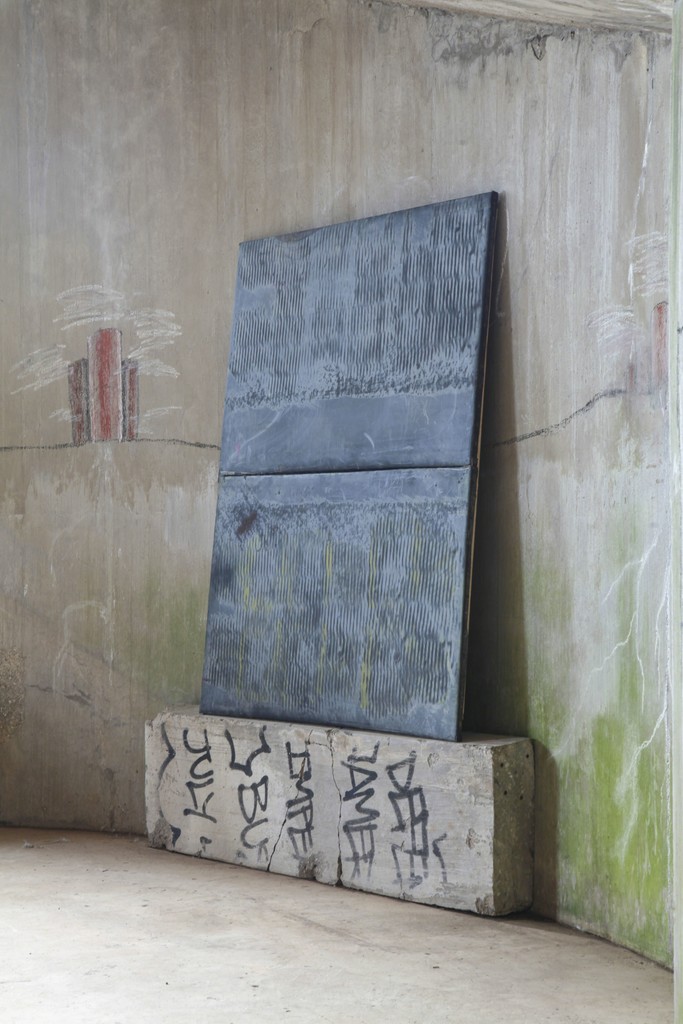 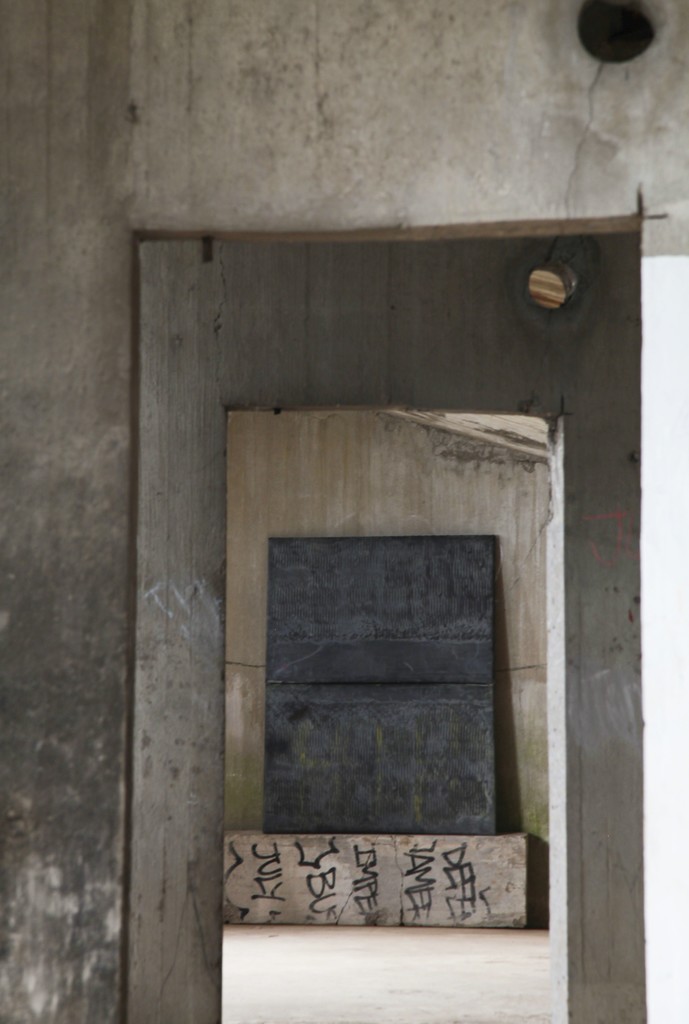 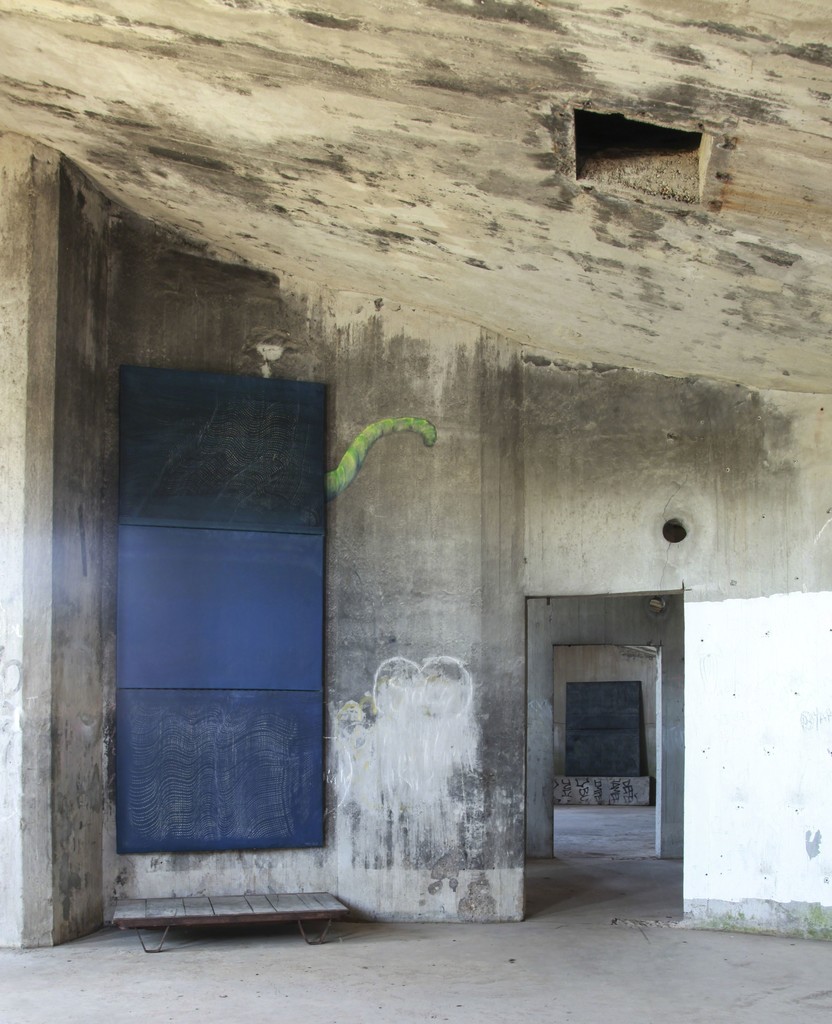 BT&C Gallery, in collaboration with the Burchfield Penney Art Center and Silo City, presents TRACES, a pop-up installation of works by the late John E. (aka “Jack”) Drummer (1935-2013) in Silo City’s “Marine A.” The temporary installation will open with a celebration in tribute to Drummer on Friday, June 10th 5-9 pm. This event is free and open to the public. The installation will also be accessible to the public between the hours of 12-5 pm on Saturday and Sunday, June 11th and 12th.

The event on June 10th, 5-9pm, at Silo City will feature several acoustic, musical acts who will utilize the silos as an amplifier and provide an auditory counterpoint to Drummer’s canvases, including a performance by Steve Baczkowski, Music Director of Hallwalls Contemporary Arts Center. During the June 10th event, there will also be an opportunity for visitors to both record and listen to anecdotes and memories in an effort to capture an oral history around the late artist and his work. This effort is sponsored by the Burchfield Penney archives.

Someone who did not easily embrace the installation of his work in a “white cube,” it was the artist himself who, while on a trip to the silos a few years before his death, imagined one day installing his work on the site. Drummer’s work is at home in this sublime, industrial setting. As Scott Propeack, Chief Curator / Associate Director of the Burchfield Penney, explains: “Jack’s work, although it emerges from the remnants of industry, doesn’t merely pay tribute to the source, rather it continues on with the production.”

TRACES has been organized as an accompaniment to both the Burchfield Penney’s Jack Drummer: The Effects of Time (on view through June 12th) and BT&C Gallery’s Jack Drummer (on view through June 11th). Visit www.burchfieldpenney.org and www.btandcgallery.com for more information on these two concurrent exhibitions.
Included in these three installations (at Silo City, the Burchfield Penney and BT&C) are works by Drummer that span from the 1980s through to the artist’s death in 2013. This is a rare opportunity to see a representative collection of Drummer’s oeuvre at three locations, with some of Drummer’s most monumental compositions on view in the main gallery at the Burchfield Penney. Rick Smith, proprietor of Silo City and friend of the late artist, states, "Jack always liked to say ‘imagine that it matters!’ And it does! Jacks work will matter a long, long time.”

A full color catalogue with an essay by Douglas Dreishpoon, Chief Curator Emeritus, Albright-Knox Art Gallery, has been published for the occasion of the Burchfield Penney’s exhibition and is now available at the museum’s store.

ABOUT THE DRUMMER COLLECTION
John E. (aka “Jack”) Drummer was most active as a visual artist in New York City in the late 1950s and early 1960s, culminating with the artist’s inclusion in the 1965 edition of the Young America series of exhibitions at the Whitney Museum of American Art that featured young artists on the rise. A prolific, yet reclusive, artist, Drummer’s work was little shown during his lifetime, especially the rubber-based works he created in the last decades of his career. Right around 1980, Drummer relocated back to Buffalo after living in New York, Hawaii and elsewhere, and worked with rubber (both found rubber printing blankets as well as new rubber) as his preferred base medium until he stopped creating a couple of years before his death. It is these works that survive and now constitute The Drummer Collection.