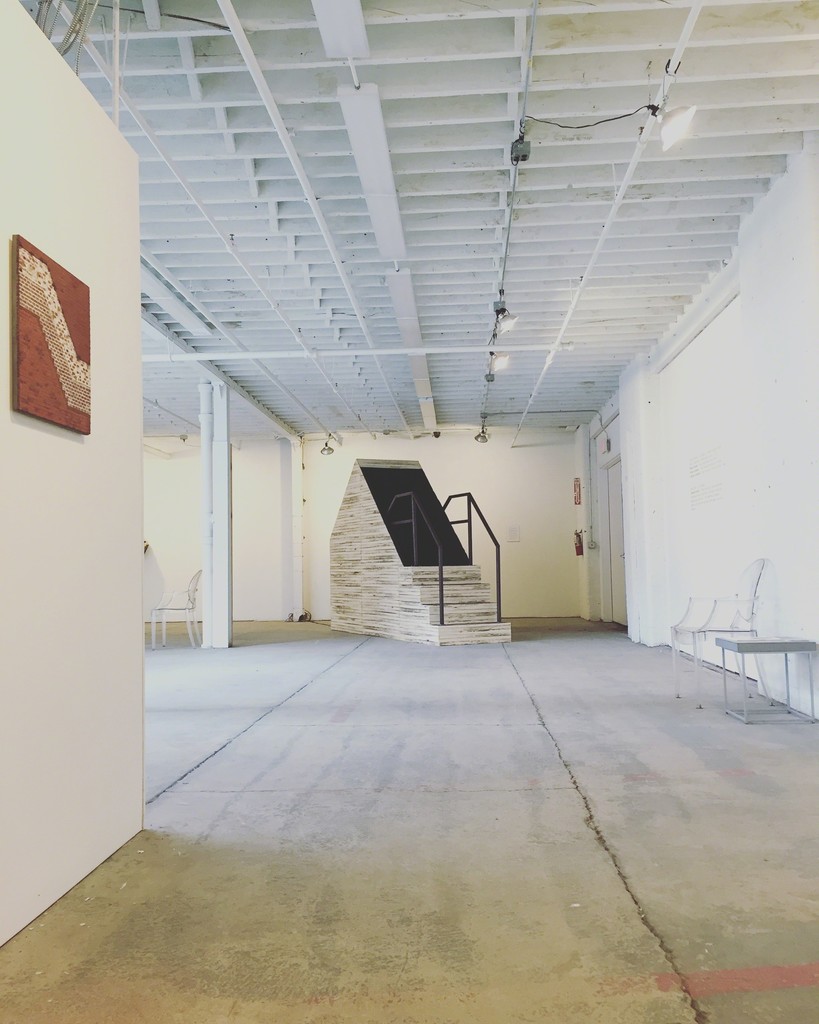 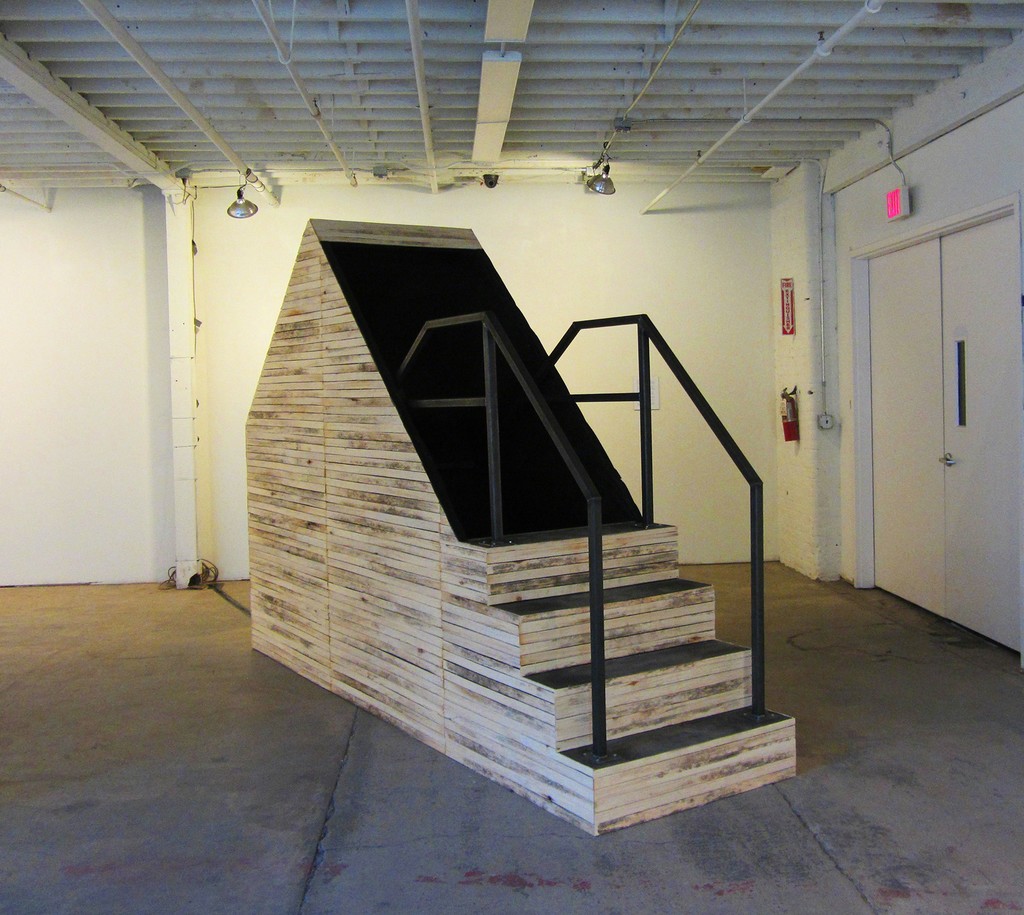 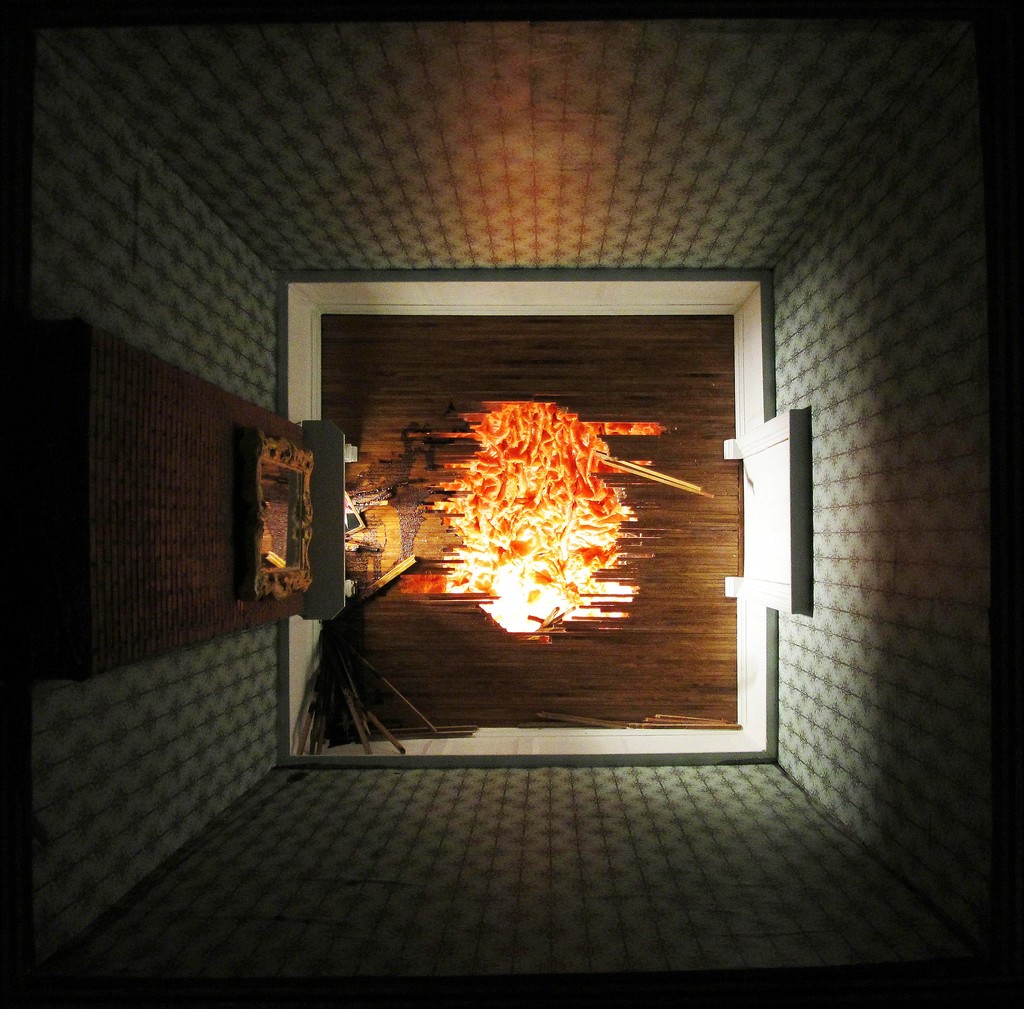 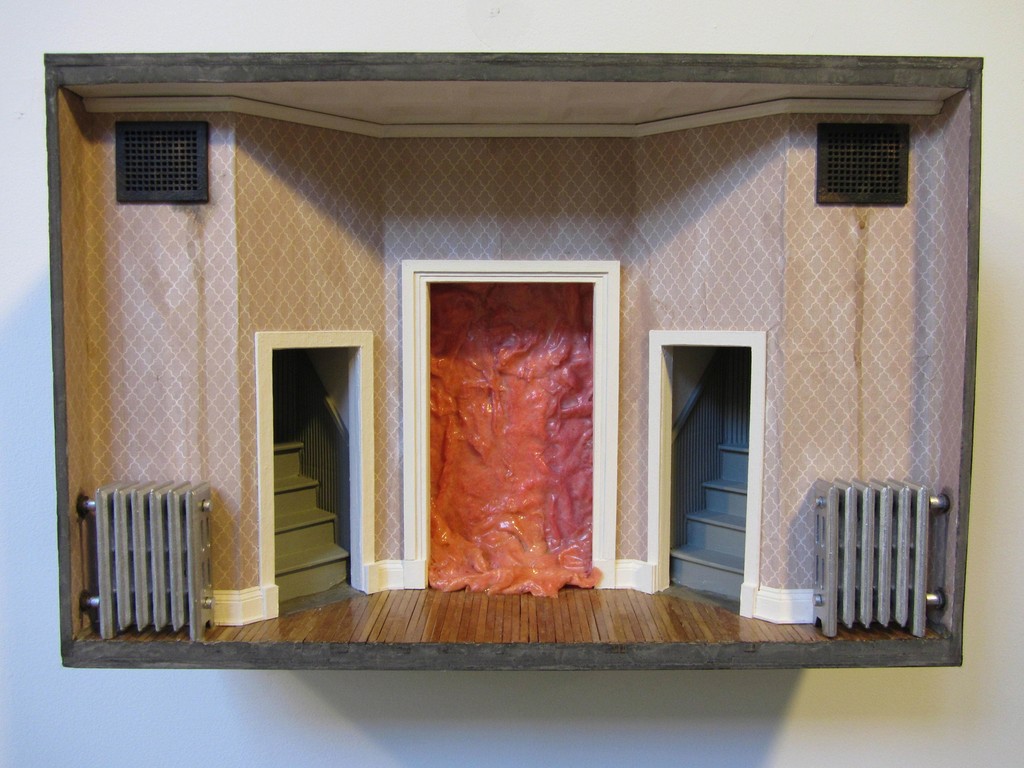 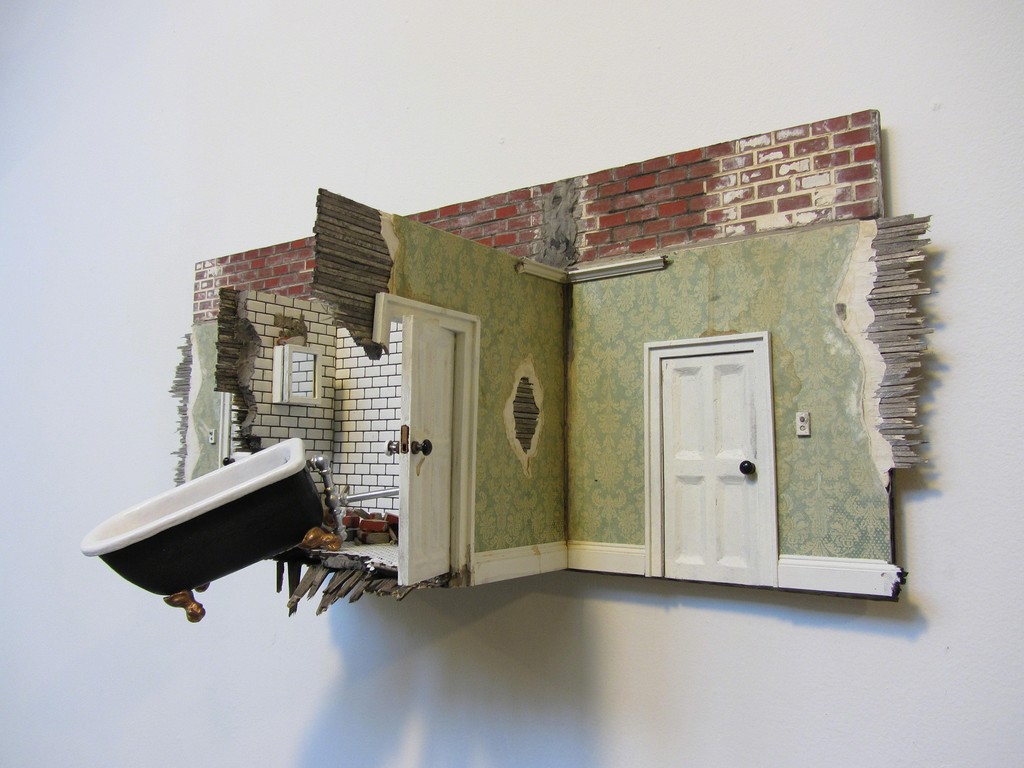 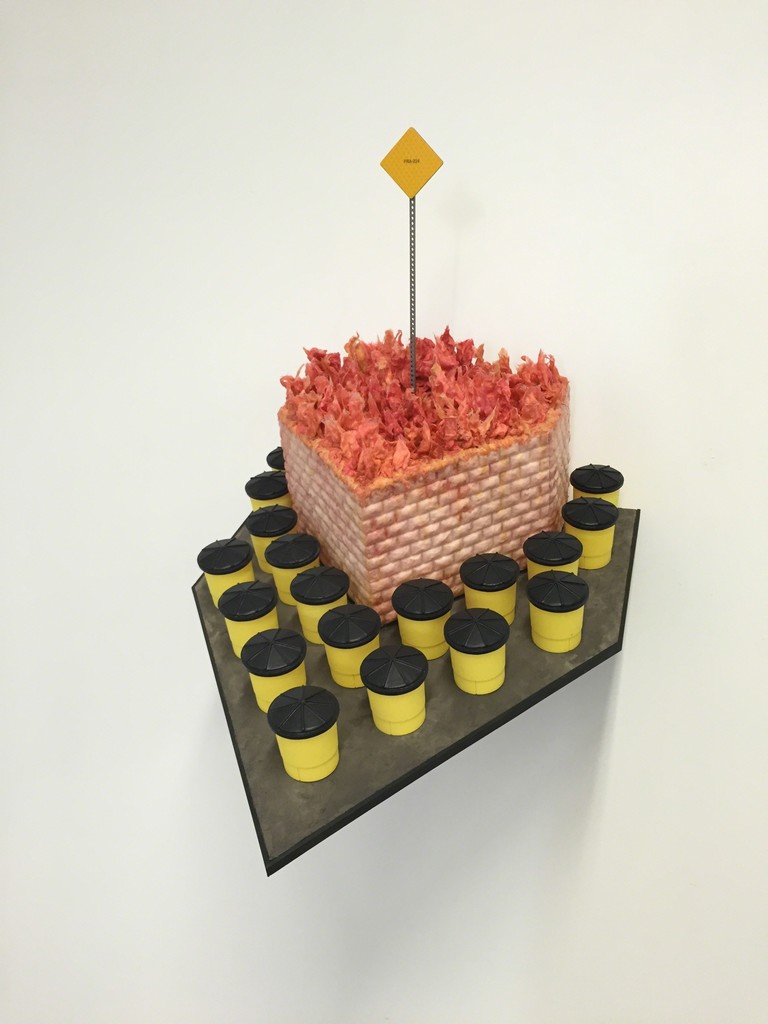 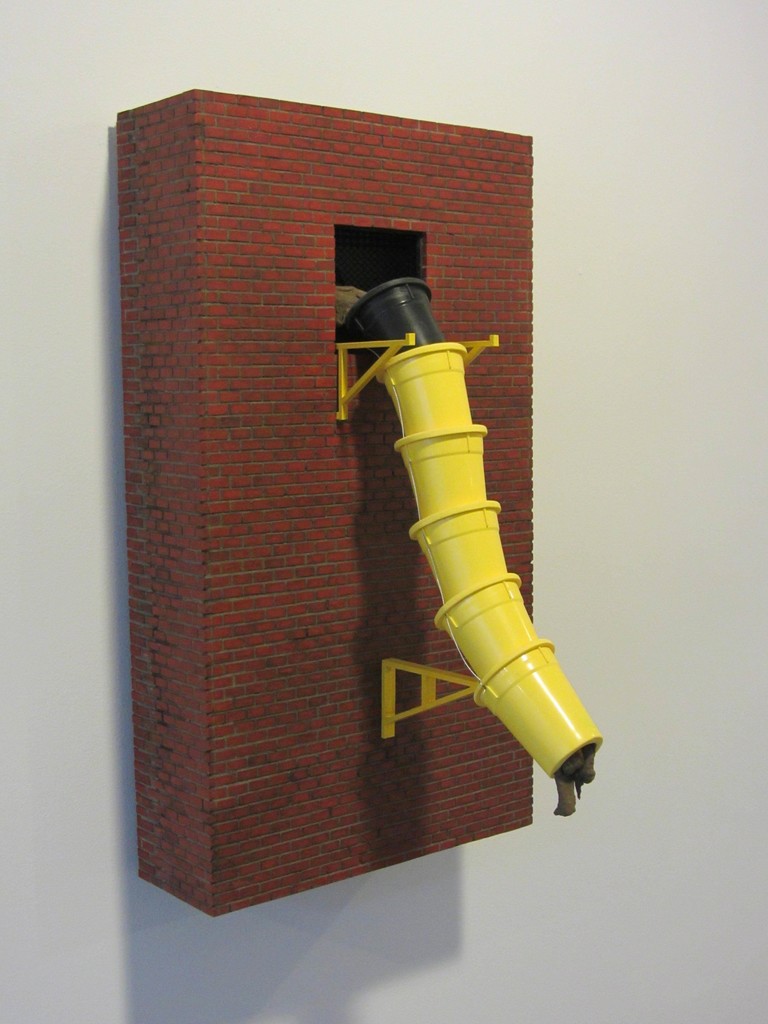 BT&C Gallery presents ‘Unknown Knowns,’ an exhibition of new works by sculptor Gary Sczerbaniewicz. The exhibition opens Friday, June 24th with a public reception 6-9 pm and will run through July 30th, 2016. BT&C has open gallery hours during exhibitions Fridays and Saturdays, 12-5pm, or anytime by appointment (716-604-6183 or [email protected]).

Sczerbaniewicz’s most recent work aims to translate the concept of cognitive dissonance through a sculptural, architectural lens. Included in ‘Unknown Knowns,’ is a body of work that depicts scenes of what Sczerbaniewicz describes as a “fossilized agency—an agency that in its current and diminished state acts as absurd mockery of its once proud and functional past.”

Sczerbaniewicz’s practice involves an insatiable fascination with interior and often, uncanny architectural spaces. Sczerbaniewicz is interested in spaces that “evoke a sense of psychological unease.” He further explains,
I am drawn to create works in which some unknown, sudden event has rendered a space inert, transforming it from its original intended function into some form of hybrid and liminal zone. In many of the works included in this exhibition, it is evident that some violent upheaval has occurred, revealing a latent and Otherly substance which is incompatible and in conflict with its host body.

Drawing upon these marginal spatial subjects, Sczerbaniewicz constructs intricate sculptures, which he refers to as “psycho-geographical vignettes.” While his recent focus has been smaller, wall hung sculpture (of which several will be included in ‘Unknown Knowns’), all of Sczerbaniewicz’s work references back to his large-scale immersive installations. The artist explains:
My compulsion toward an aesthetics of anxiety leads me to fabricate confined space environments which include scale shifts using architectural models seamlessly blended into full-sized structures into which the viewer is invited to physically enter and explore.

Sczerbaniewicz’s immersive installations employ meticulous theatrical or filmic stagecraft and advocate for direct, physical, viewer engagement. Through this level of immersion, Sczerbaniewicz seeks to disorient the viewer in an attempt to subvert the staid and often detached approach to experiencing art. He insists that it is only in this hermetic space where authentic communication between artist and viewer occurs. ‘Unknown Knowns,’ will include the latest in Sczerbaniewicz’s series of interactive sculpture. Titled Tunguska Minor, this experiential sculpture is a direct outgrowth of several earlier works by Sczerbaniewicz and employs a common domestic staircase towards the artist’s strategy of disorientation. The result is a strange and surreal physical experience.

ABOUT THE ARTIST
Gary Sczerbaniewicz received his BFA in Sculpture from the NYS College of Ceramics at Alfred University and his MFA from the Dept of Visual Studies at the University at Buffalo. He was recipient of the Jacob Kassay MFA Award (2013), was a 2010 member of the NYFA Mark Program and has participated in a residency at Sculpture Space in Utica, NY (2013). He has recently completed a residency in Ithaca, NY through the Constance Staltonstall Foundation for the Arts, where much of the work for ‘Uknown Knowns’ was completed. In the past two years, Sczerbaniewicz has had solo exhibitions at the Delaware Center for Contemporary Art, Wilmington, De; The Castellani Art Museum of Niagara University, Lewiston, NY and Vox Populi Gallery, Philadelphia, PA. His work was most recently on view in the WNY area at Hallwalls Contemporary Arts Center as part of the series “Amid/In WNY.”

ABOUT BT&C GALLERY
Established in 2013, BT&C Gallery is a commercial art gallery that builds the career of artists based in Buffalo and beyond, and fosters a base of emerging and seasoned collectors. BT&C opened at 1250 Niagara St, Buffalo in June 2014.