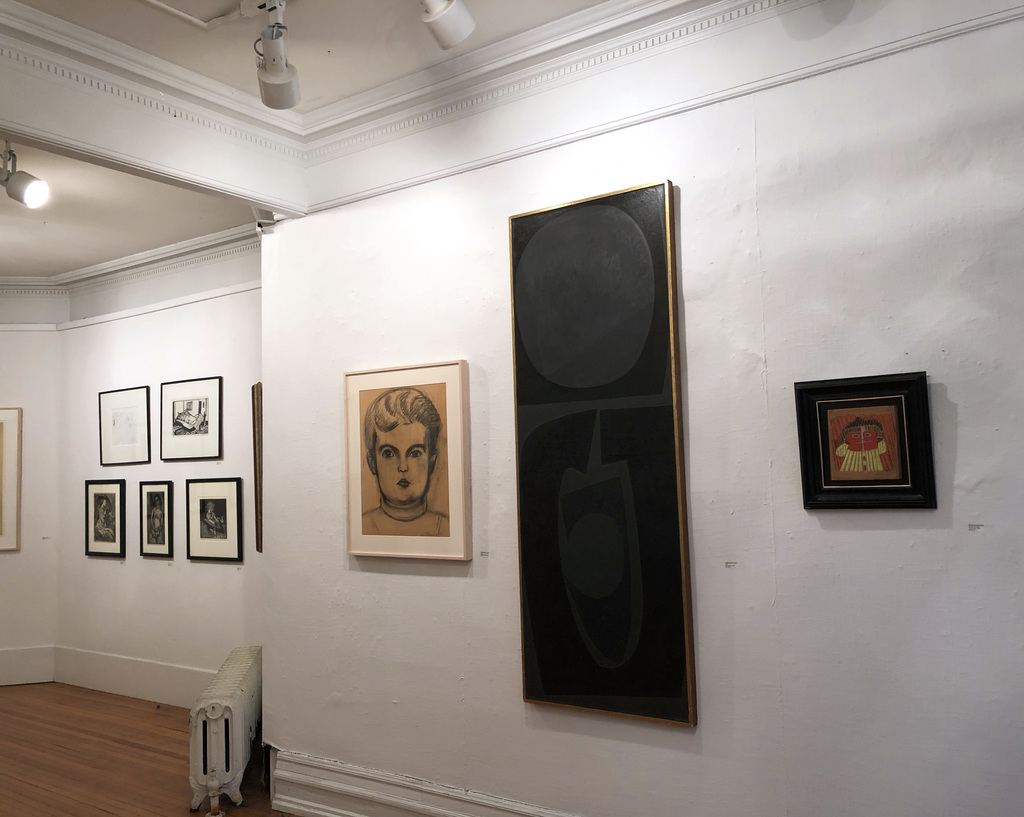 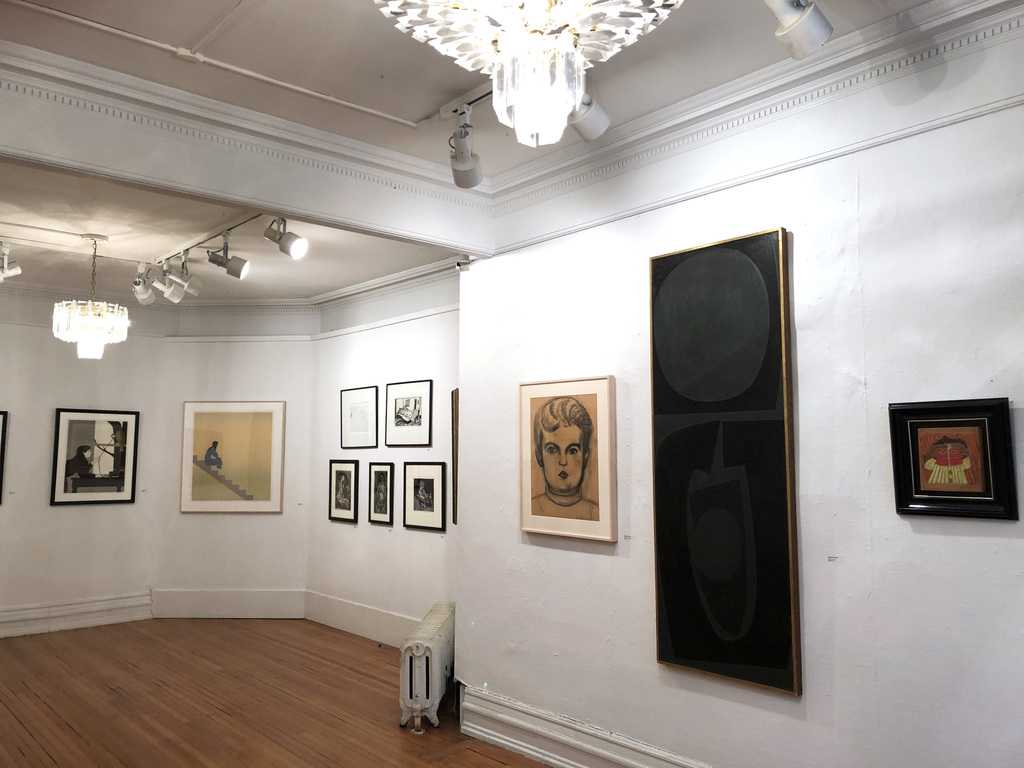 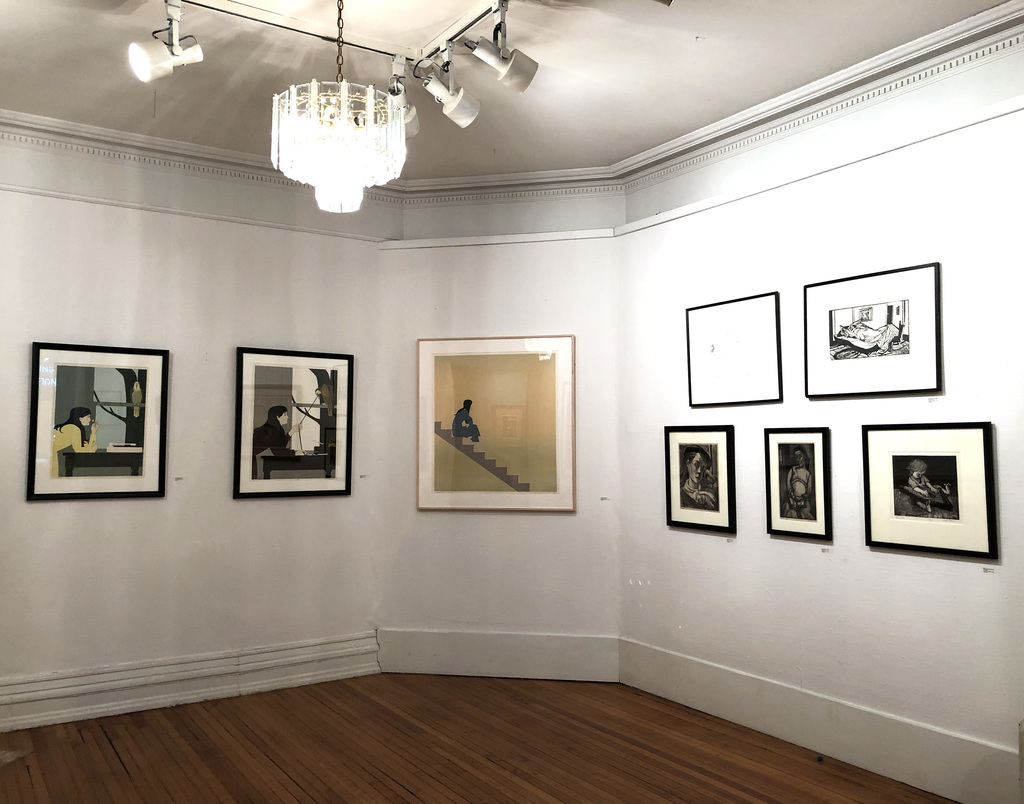 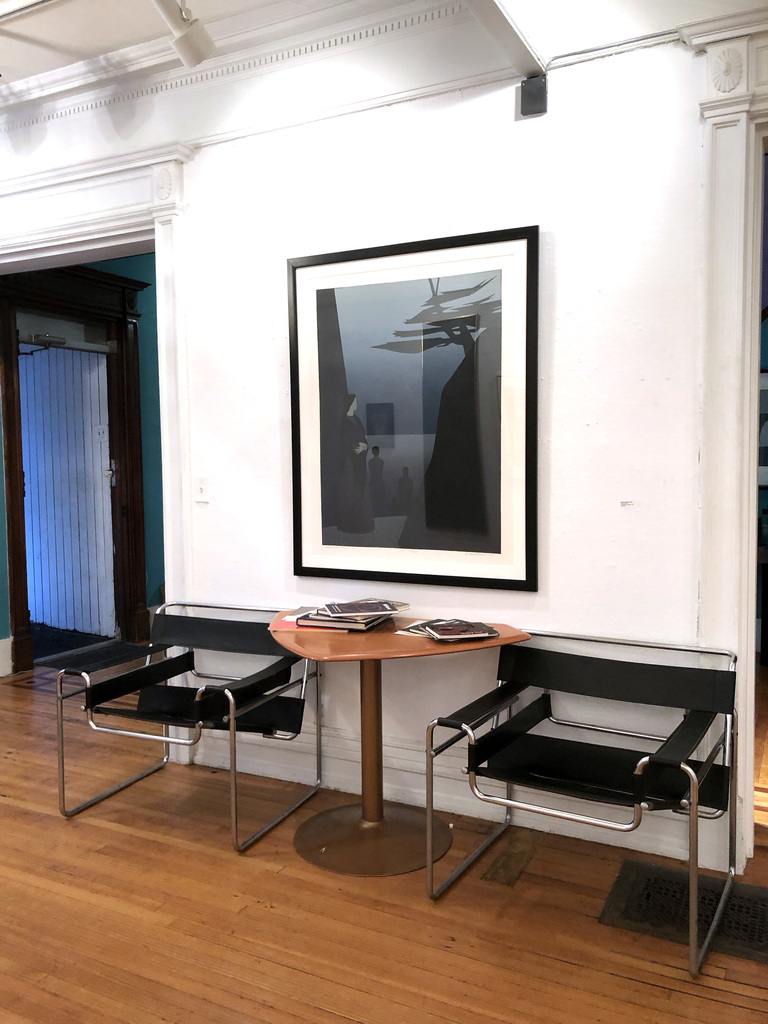 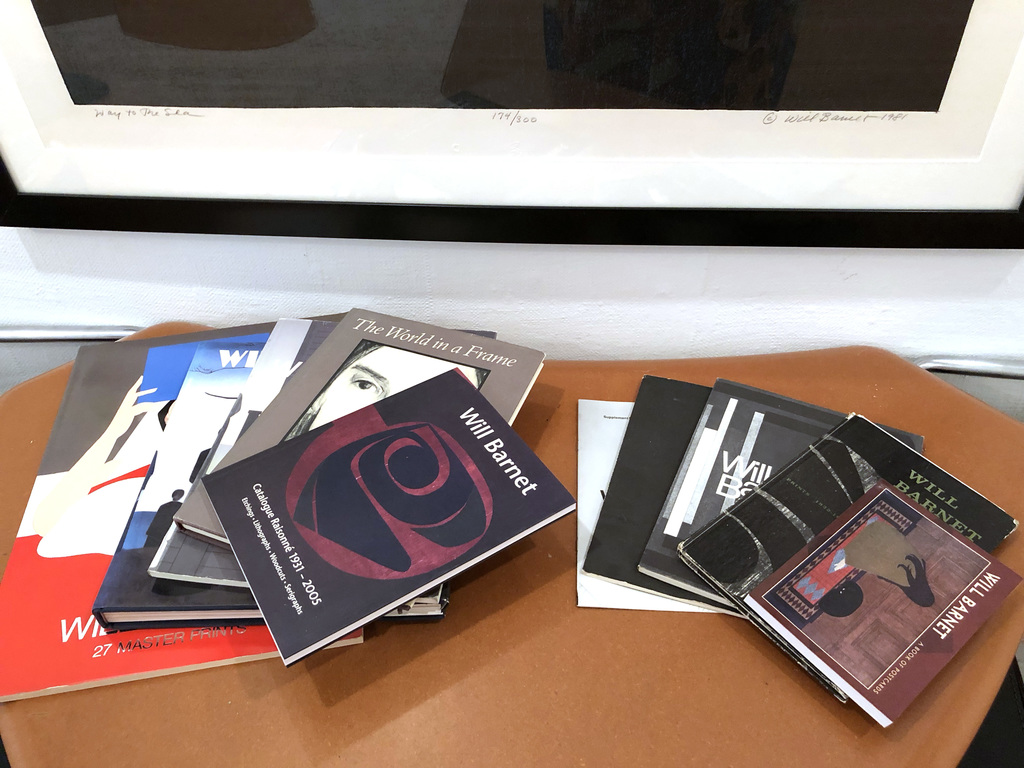 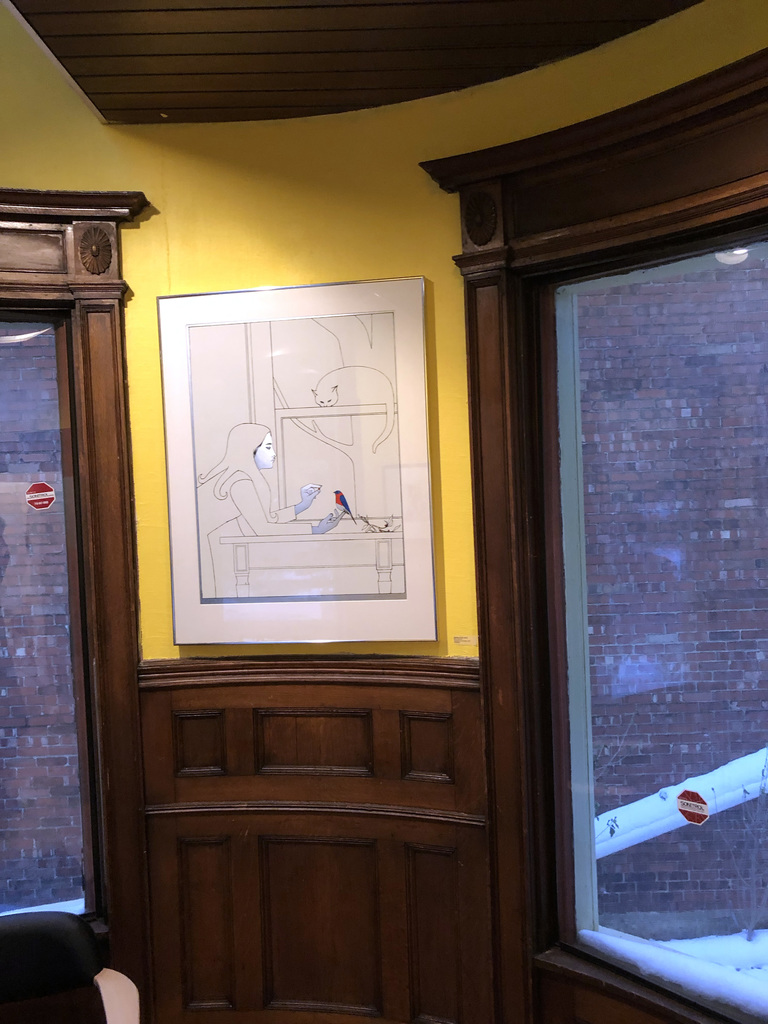 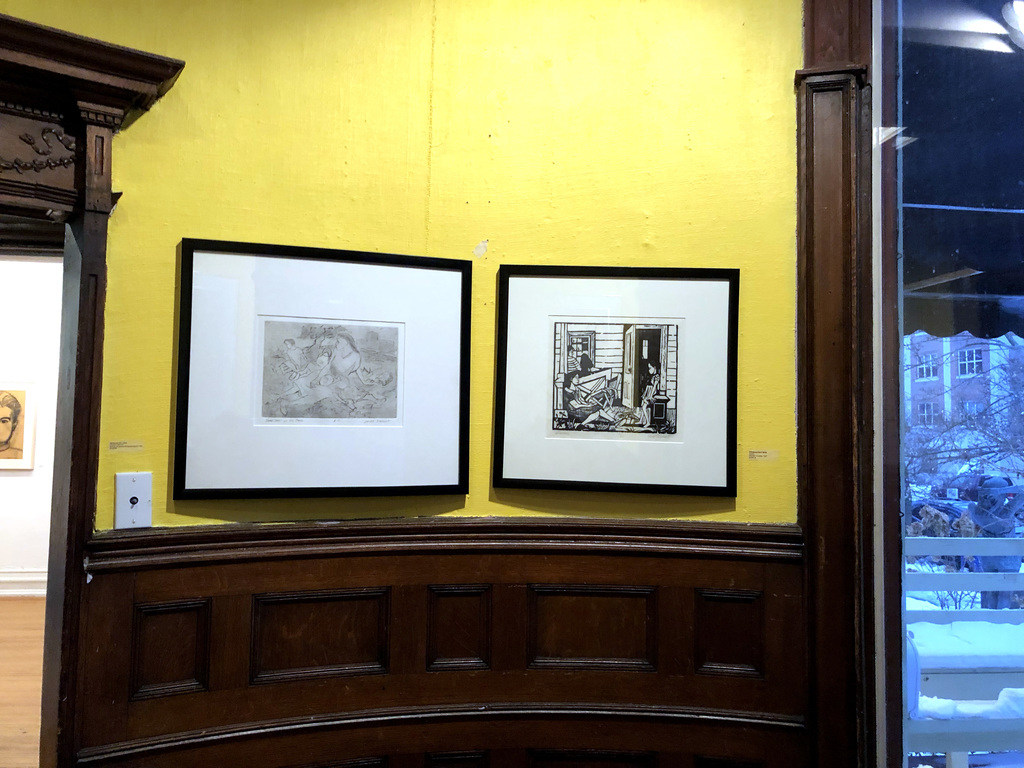 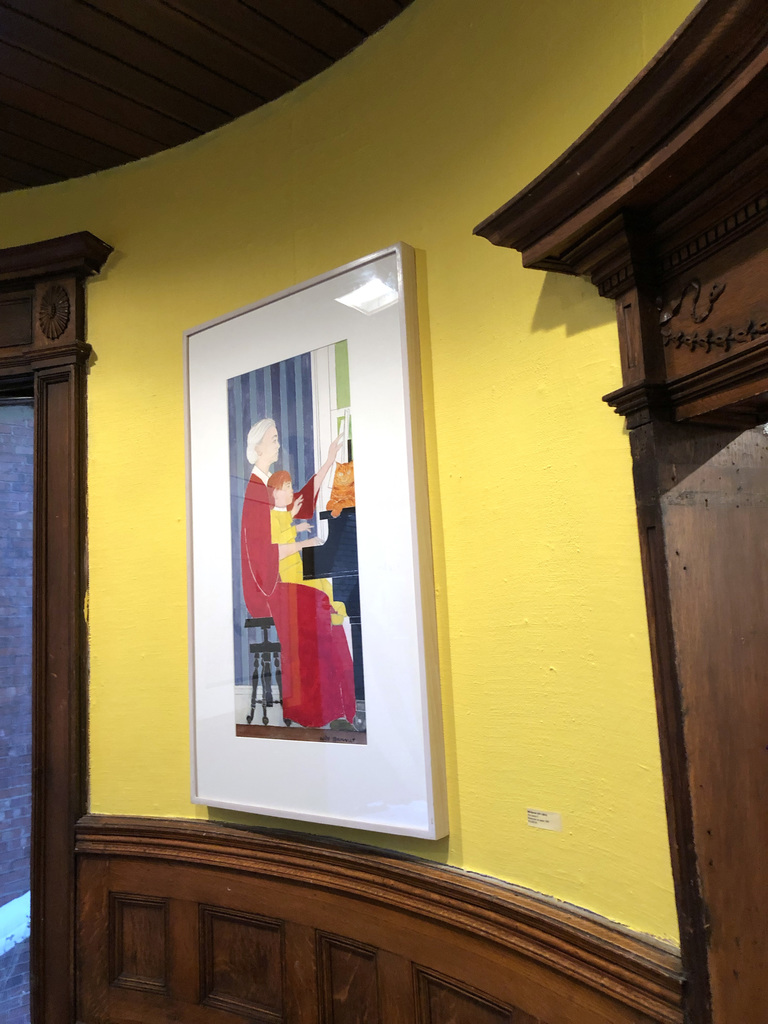 “Will Barnet: Paintings, Drawings and Prints”, Opens with a Public Reception on November 15

Buffalo (NY) –Since opening their doors in 1970, Benjaman Gallery has collected and exhibited the work of American master Will Barnet (1911-2012). Gallery founder Barry Johnson worked with the artist on several print series in New York City in the late 1980’s. Johnson grew close to Barnet, bringing him to Buffalo for exhibitions several times during his life. Through this relationship and exhibition history, the gallery has acquired an extraordinary collection, some of which will be on view for the first time this November.

The exhibition focuses on the figural works Barnet did from the mid-1960’s until just before the end of his life, when he returned to abstraction. These works perfectly articulate Barnet’s union of humanist warmth and precise form. Barnet’s portraits, usually of his family and pets, embody a quiet dignity that is as refreshing today as it was during the 1980’s. These ordinary, oft repeated moments of domestic life become far more than the sum of their parts. Working with flat shapes and muted colors Barnet is able to capture the essence of feeling at ease and at home. Barnet paints people taking pleasure in one another’s company. His deep sense of structure and form, most evident in these figurative works, are derived from his study of Renaissance art, folk art and Native American art. Every inch of Barnet’s surfaces are marked by a tangible tenderness.

The exhibition culled from Benjaman Gallery’s extensive collection is a combination of paintings, drawings and print-work spanning over 6o years. The show is curated by the current director and founder’s daughter Emily Tucker who met Barnet when she was a mere 6 years old. Tucker spent time in the artist’s Gramercy Park studio after her father commissioned Barnet to create her portrait. Tucker recalls, “I felt bored and restless when I was there. Now (if he were still alive) I would kill for the opportunity to meet him and talk with him.’ Barnet’s portrait of Tucker will be on view but “most certainly not for sale.” Barnet was awarded the National Medal of the Arts by President Obama shortly before his death in November of 2012. Benjaman Gallery is thrilled to celebrate Barnet’s long productive life through the exhibition of this unique collection.

The exhibition opens with a public reception Friday, November 15th from 6:00-9:00 pm. The gallery is open Tuesday - Saturday from 12pm - 5pm and the exhibition will be on view through January 11th.