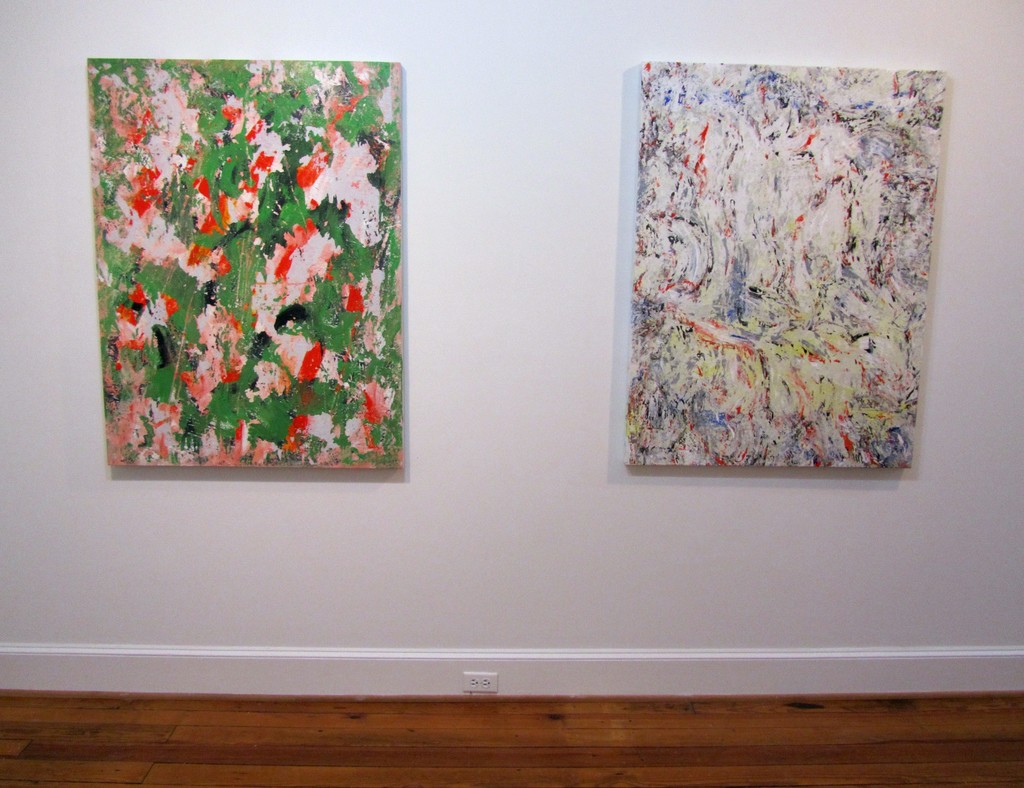 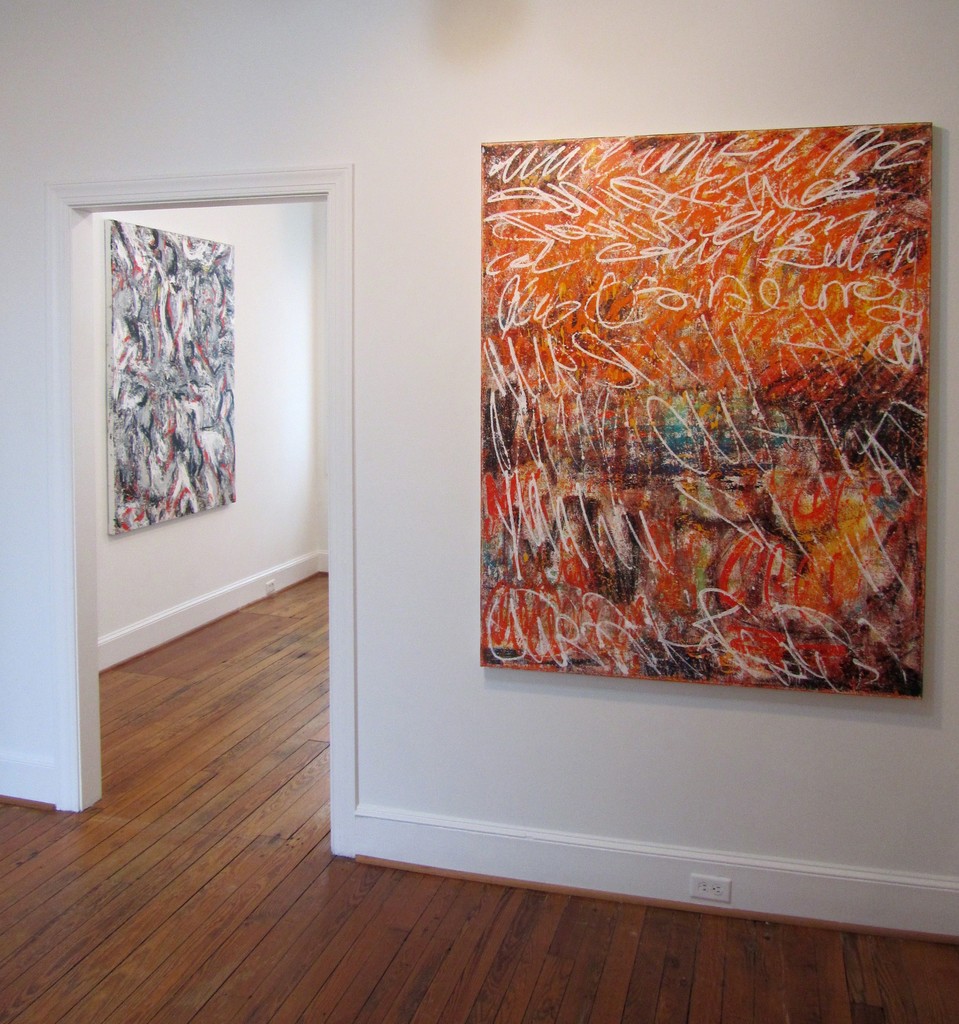 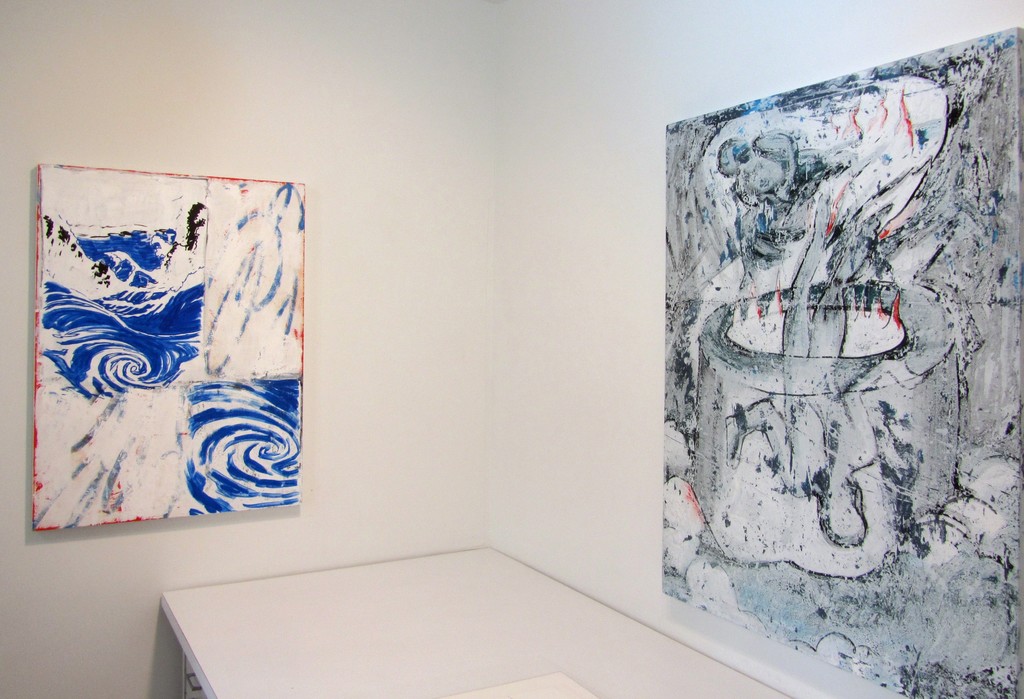 Reynolds Gallery is pleased to announce the opening of an exhibition of recent paintings by Jason Keith entitled Love Among the Ruins. This exhibition will be held in an upstairs gallery and is Keith’s first solo show at Reynolds Gallery. The show opens with a reception for the artist on Friday, November 6 and continues through December 23, 2015.

In Love Among the Ruins, Keith’s new works are ripe with bold shapes and contrasting colors, giving his paintings a palpable sense of energy. Edgy but beautifully reflective, this series presents a cutting edge combination of paint and paper. The artist layers sheets of mass print materials like newsprint, yellow pages, or movie posters over his canvases, then paints acrylic and oil over the papers, and ultimately sands away the surface to reveal layers below. Referencing past and present cultural icons, Keith abstracts familiar forms with peeling paint and scratched canvas, blurring the distinction between old and new. By manipulating both the physical materials and conceptual matter engrained in his paintings, Keith states “Love Among the Ruins is a synthesis of the Romantic Sublime and the Post Modern Void.”

Keith is an abstract painter based out of Richmond, Virginia. He has worked as a full-time colorist for Marvel Comics for over eight years, and received his BFA in Painting and Printmaking from VCUarts in 2013. He was the recipient of the 2012 “Emerging Artist” Theresa Pollak Prize for Excellence in the Arts. In 2012 and 2013, Keith’s work was featured in the “Almost Famous” show at Reynolds Gallery and was included in the Faison School of Art for Autism Auction, Richmond, VA. His work is in numerous private collections in Richmond, Boston, and New York, as well as Markel Corporation and First Capital Bank.