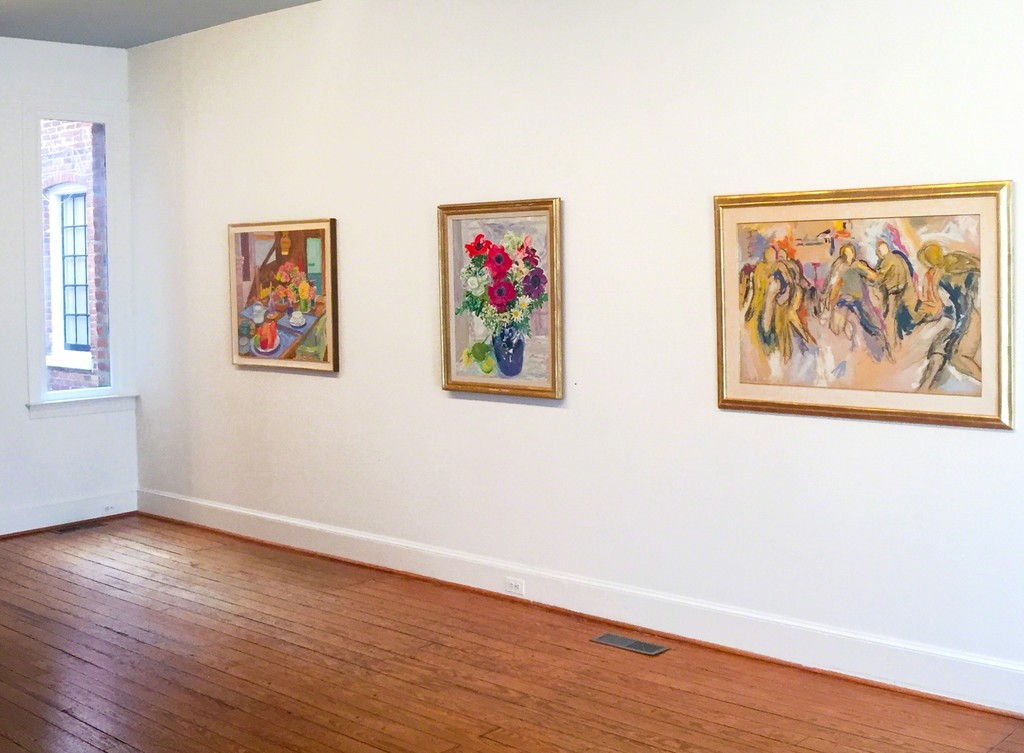 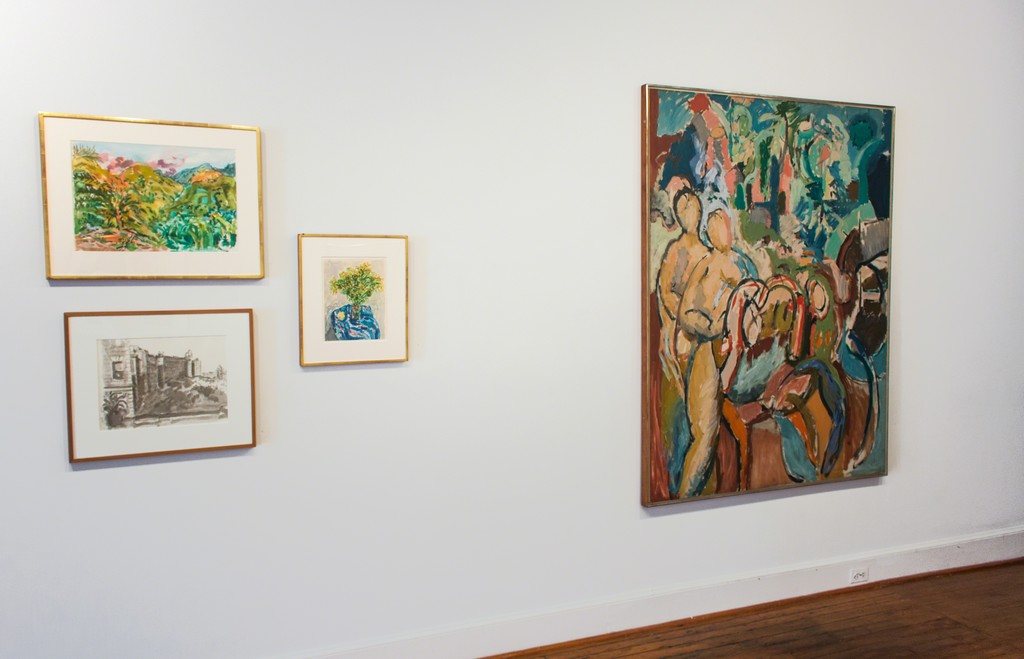 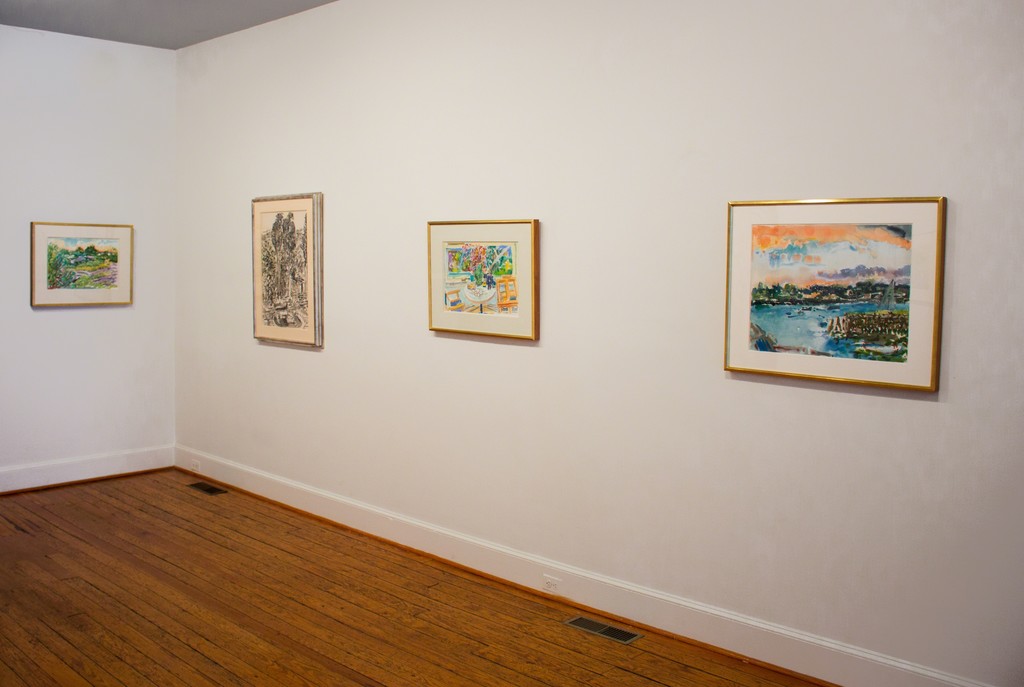 Reynolds Gallery is pleased to announce the opening of an exhibition of oil and watercolor paintings and ink drawings by Nell Blaine. The show opens with a reception on Friday, September 15 from 7 - 9 pm and continues through October 27, 2017.

Exhibiting with Reynolds Gallery since the early 1980s, Nell Blaine has accumulated several group exhibitions and now nine solo exhibitions. She had a strong relationship with late owner Bev Reynolds, built on a foundation of friendship and love of contemporary art. Both lived in New York for a period of time, later exchanging a series of letters and pictures as Reynolds moved to Richmond and Blaine remained in the Northeast. They shared a passion for art education and collecting, as well as a love for Richmond and its promising impressionability. In one of her letters, Blaine insisted on showing only the best possible work in her hometown, a request which still holds true today in this exhibition.

Blaine was foremost an abstract painter, first a student of Theresa Pollak at the Richmond Professional Institute (now VCU), and later moving to New York in the 1940s to learn under Hans Hofmann. She immersed herself in the post-World War II New York art scene, which embraced color and gesture through Abstract Expressionism. The acute sense of hue, shape, and line apparent in her oil paintings originate in part from her early stages of art making, characteristically unabashed and intuitive. Instinct carried Blaine through her work; in 1959 at the age of 37, she contracted bulbar-spinal polio which paralyzed her from the waist down, forcing her to relearn how to paint. She began painting in oils with her left hand, adding a genuine looseness and determination. This persistence seeped into each scene as Blaine transitioned to a representative style, her hand capturing parks and rivers outside her Gloucester, Massachusetts home, her Upper West Side apartment in New York, and floral studies neatly arranged in her kitchen.

Before her diagnosis, Blaine travelled to France, Italy, Mexico, and the West Indies, while spending her summers in Gloucester and the remainder of the year in New York City. Her travels spurred working directly from nature, depicting a liveliness across her sketchbooks and canvases. An informally romantic tone emerges from nuanced color saturations as lavender strokes complement airy green hues. Her palette elevates simple subjects; a vase of flowers and quiet sidewalk become grand expressions of life, energy, culture, and place. Poetic, lyrical, and charmingly clever, Blaine’s oil and ink compositions lure in viewers as their luminous quality carries through to present day.

Blaine was born in Richmond in 1922, attending the Richmond Professional Institute (now VCUarts) at age 16. In 1942, she moved to New York City to study under Hans Hofmann. She obtained her first solo exhibition in 1945 at Jane Street Gallery, then continued to show at major venues, including Tibor de Nagy Gallery, Fischbach Gallery, both, NY; Virginia Museum of Fine Arts, Richmond, VA; Art Institute of Chicago, IL, among others. Her work is held in the collections of the Hishhorn Museum and Sculpture Garden, the National Museum of Women in the Arts, Washington, D.C.; Museum of Contemporary Art, CA; MoMA, Whitney Museum of American Art, the Metropolitan Museum of Art, all, New York, NY. She was awarded a Guggenheim Foundation Grant (1974) and the Louise Nevelson Award in Art from the American Academy and Institute of Arts and Letters (1990), and a Neysa McMein Purchase Award, Whitney Musuem of American Art, all, New York, NY; an Honorary Doctorate of Fine Arts from VCU (1985), the First Governor’s Award for the Arts (1979), and two VMFA Fellowships (1946, 1943), all, Richmond, VA. Blaine passed away in 1996 at age of 74.