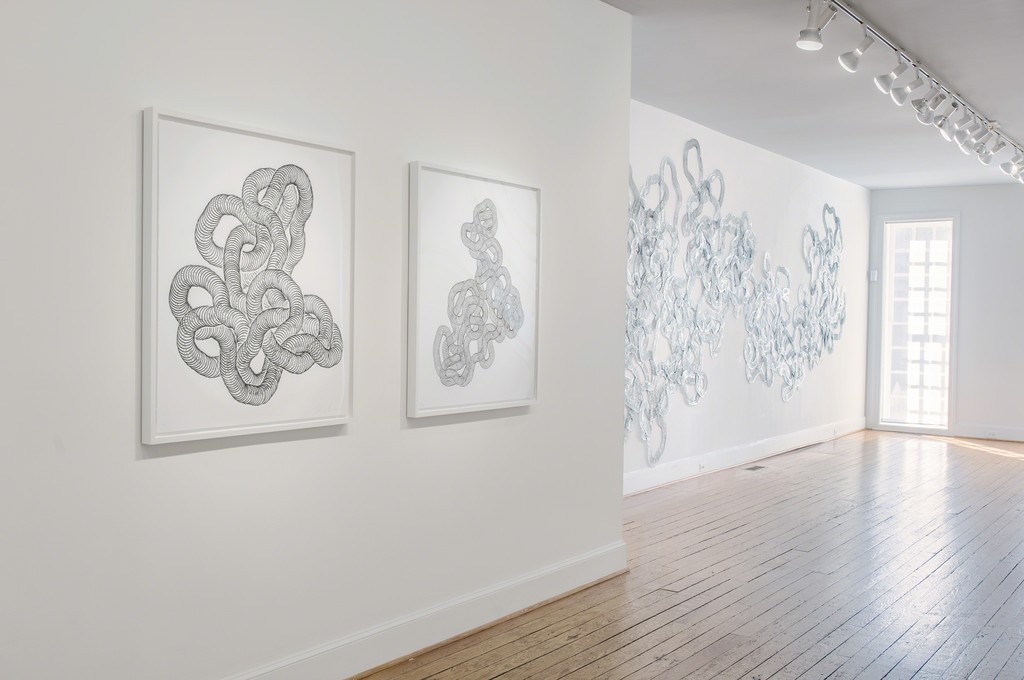 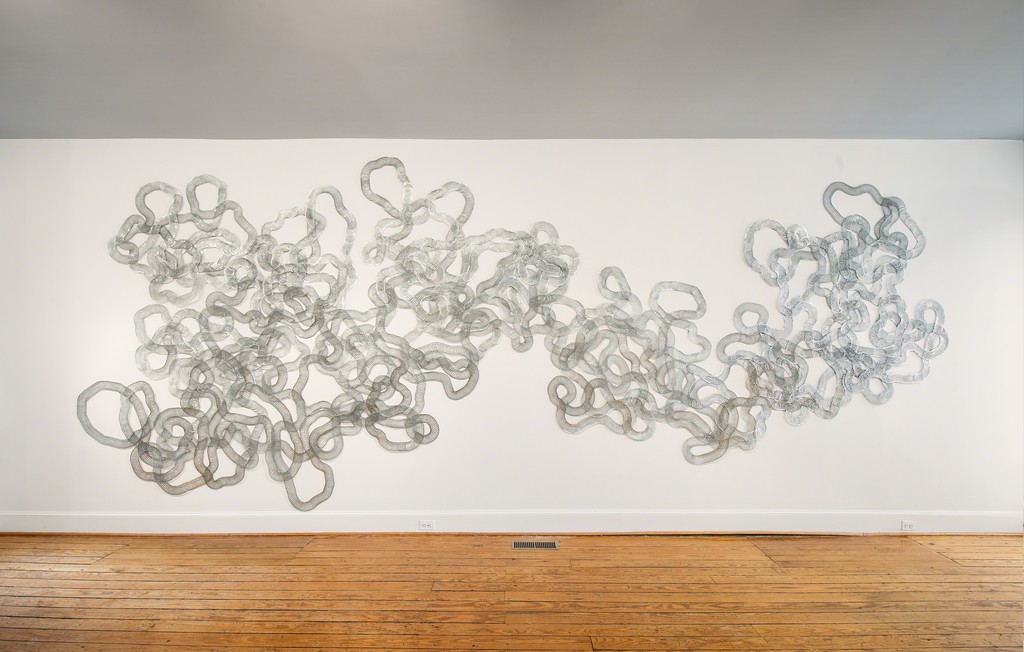 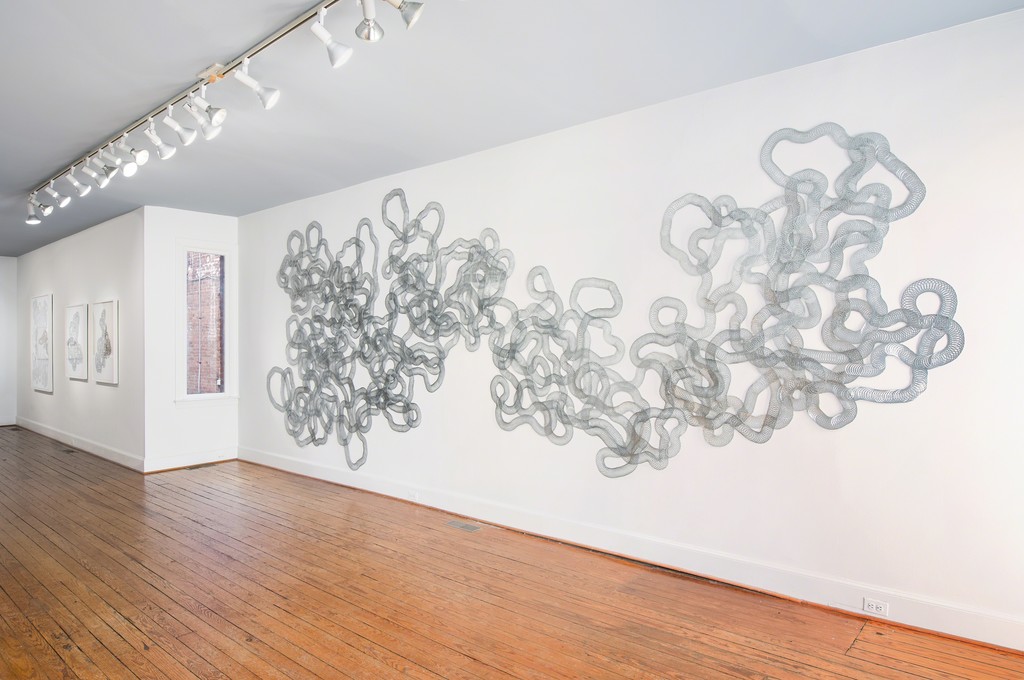 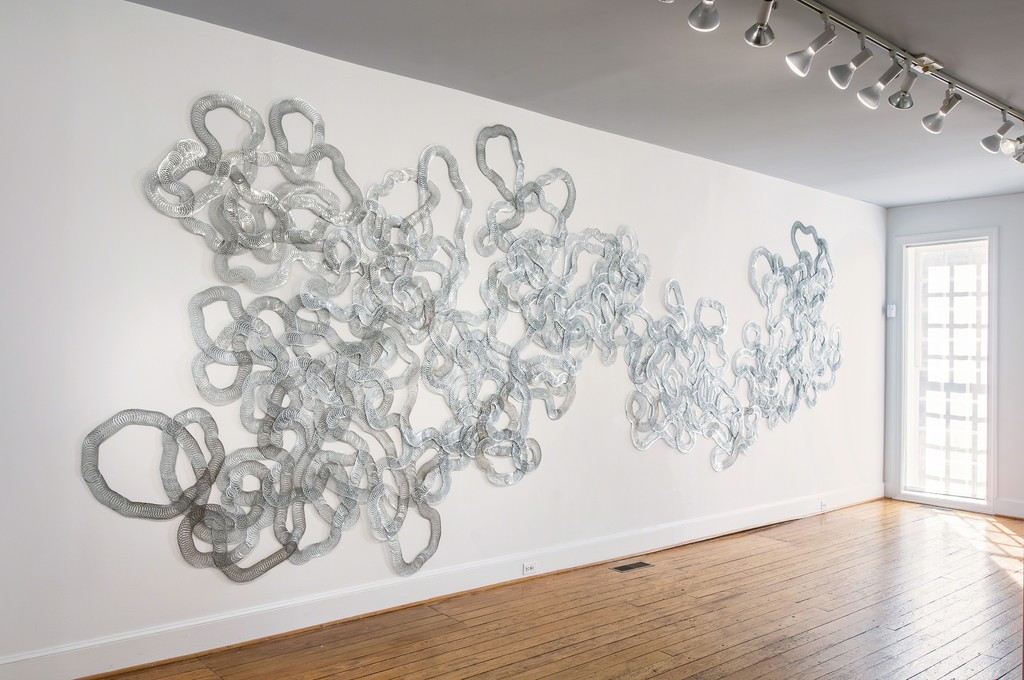 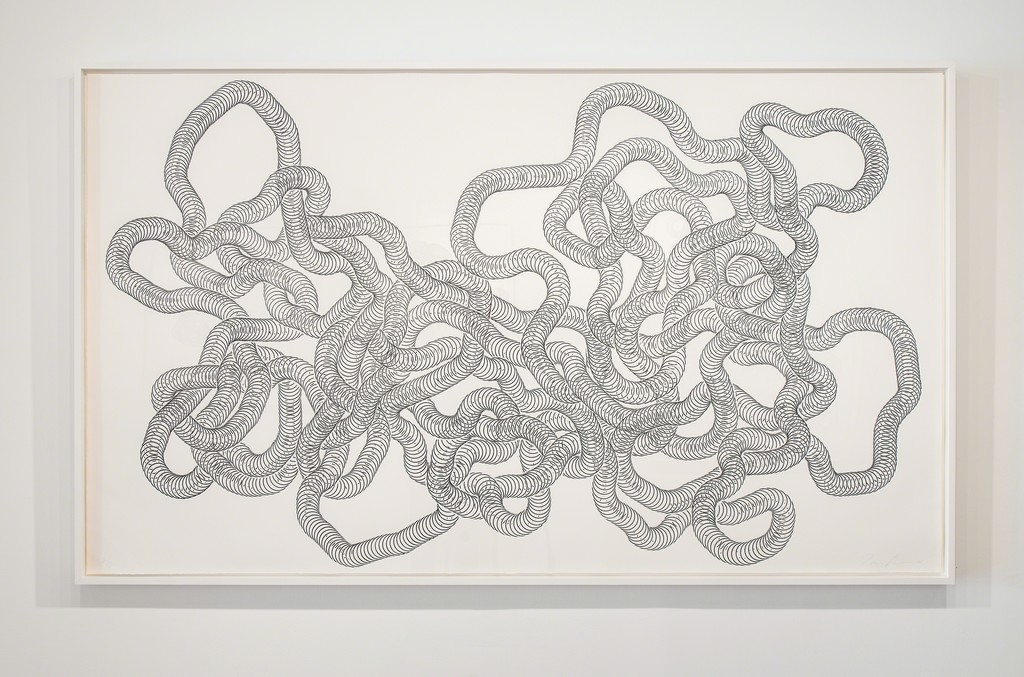 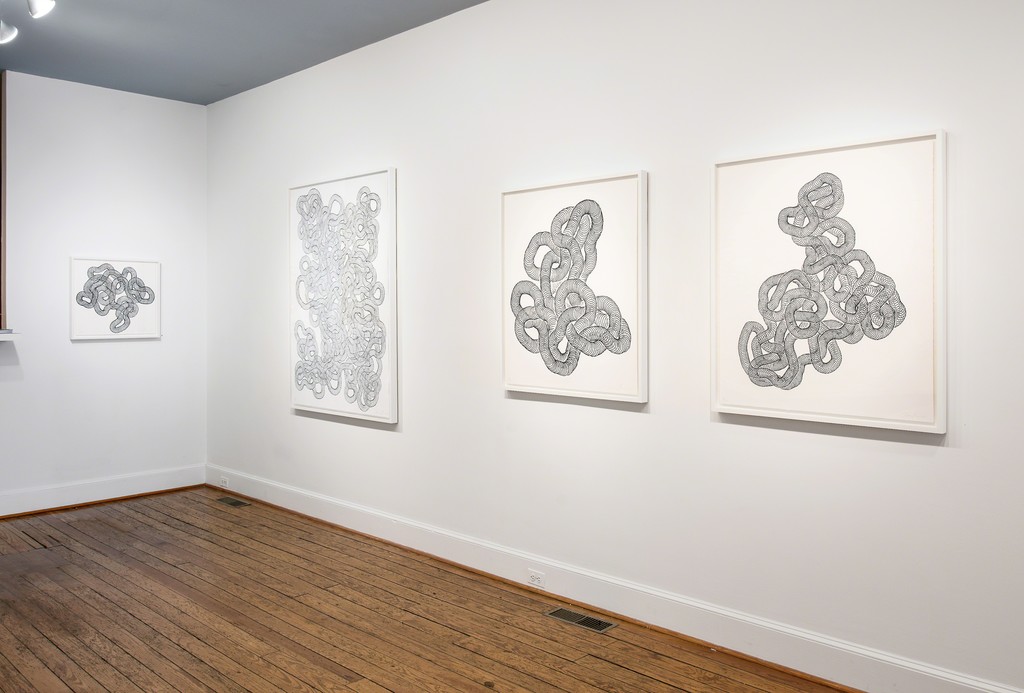 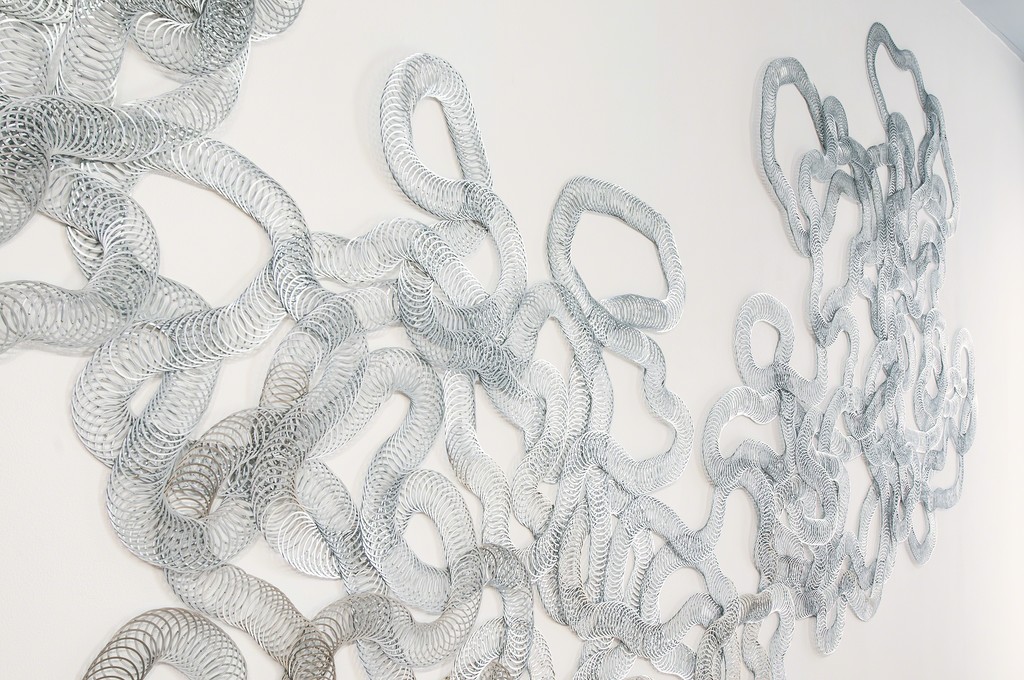 Reynolds Gallery is pleased to announce the opening of an exhibition of sculpture and works on paper by Tara Donovan entitled Slinkys. The exhibition opens with a reception on Friday, January 8 and continues
 through February 19.

For Slinkys, Donovan presents a large-scale, sculptural wall installation composed of Slinkys® and a new series of prints, made using Slinky forms as printing matrices. In her exploration of the metal toy as a sculptural material, the artist stretches, bends, and manipulates Slinkys such that they become sinuous, shiny three-dimensional wall drawings. This process exemplifies Donovan’s studio practice of using ordinary, mass-produced materials in a way that elevates them above their quotidian usages. In doing so, Donovan points out the aesthetic qualities of materials so commonly overlooked, simultaneously uncovering the artfulness of the prosaic and the everyday in contemporary art. As in her earlier sculptures in which Styrofoam cups become magical cloud-like forms and No.2 pencils produce otherworldly topographies, Slinkys are transformed by Donovan’s hand into lyrical coils of silver, resembling an endless carnival ride.

Similarly, Donovan builds unique printmaking forms out of deconstructed Slinkys. The matrices are inked by airbrush and then run through a hydraulic press. An edition of 25 black and white relief prints are made from each form and are printed on Rives BFK cotton rag paper. These stunning prints evoke meandering roadmaps to nowhere, both restrained and full of looping action.

Donovan and Reynolds Gallery founder Bev Reynolds had a great and lasting friendship that began during Donovan’s graduate sculpture studies at VCU. Donovan describes her relationship with Bev: “I did my first show with Bev at the end of my first year of grad school and she helped me greatly in fundraising for my show at The Corcoran that opened in December 1999. Bev facilitated communication with The Whitney for my inclusion in the Biennial. BUT most importantly we became friends....real friends. We talked about clothes, face cream, and diets. She bought me a fancy hat that I couldn't afford. I learned that if you just eat salad you stay skinny. We talked shit about people we didn't like. She shared stories about [her children] with me and made me feel a part of [her] family. She supported me every step of the way through my career to my dating life to marriage and children. I LOVED her. I felt connected to her and I miss her” (2015). Since 1998, Donovan has been in several important exhibitions at Reynolds Gallery including a solo exhibition Tara Donovan: New Sculpture (1998) and group shows New Year / New Work (2010), Sculpture (2005), Fictions in Wonderland (2002), and Wild Life (2000).