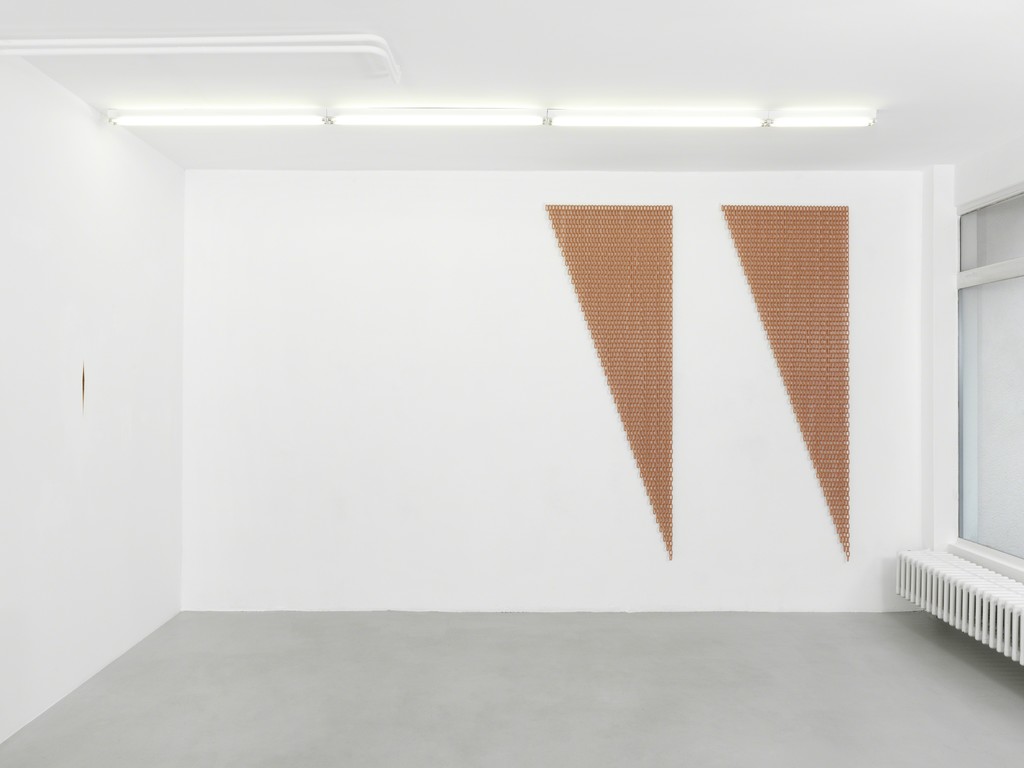 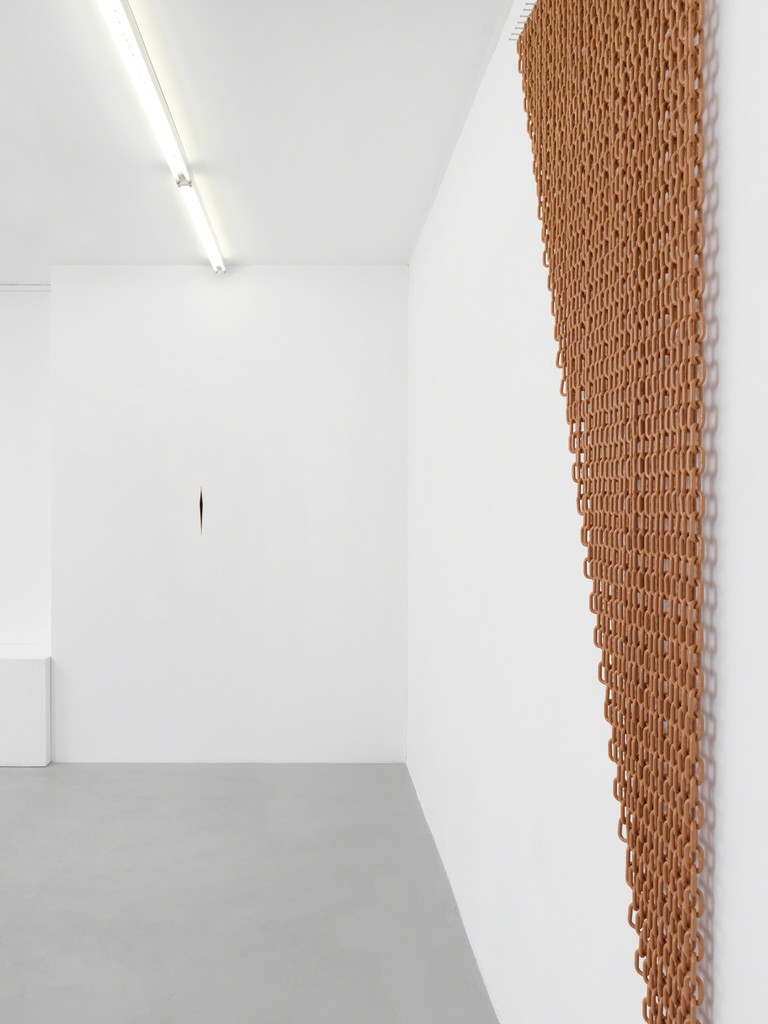 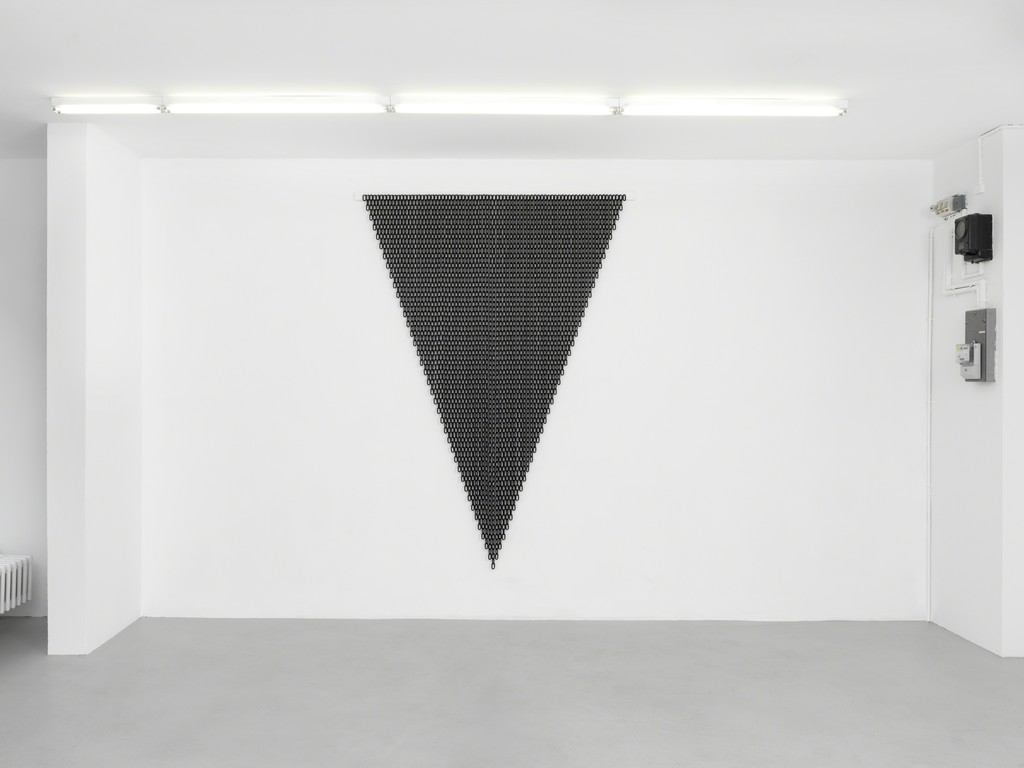 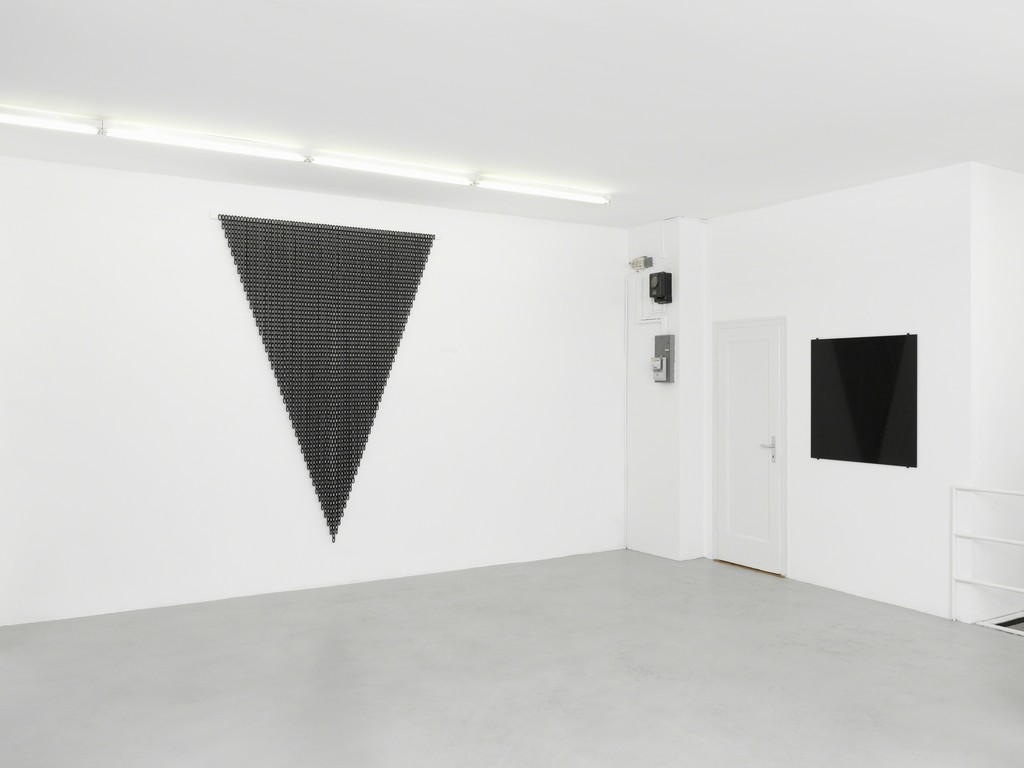 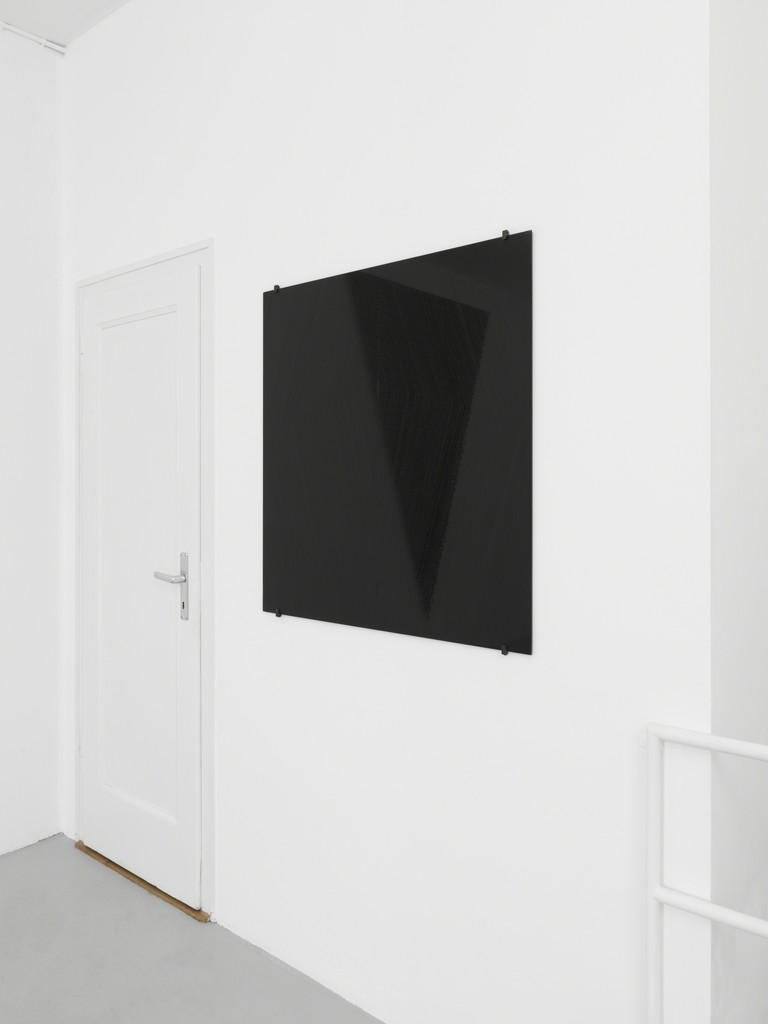 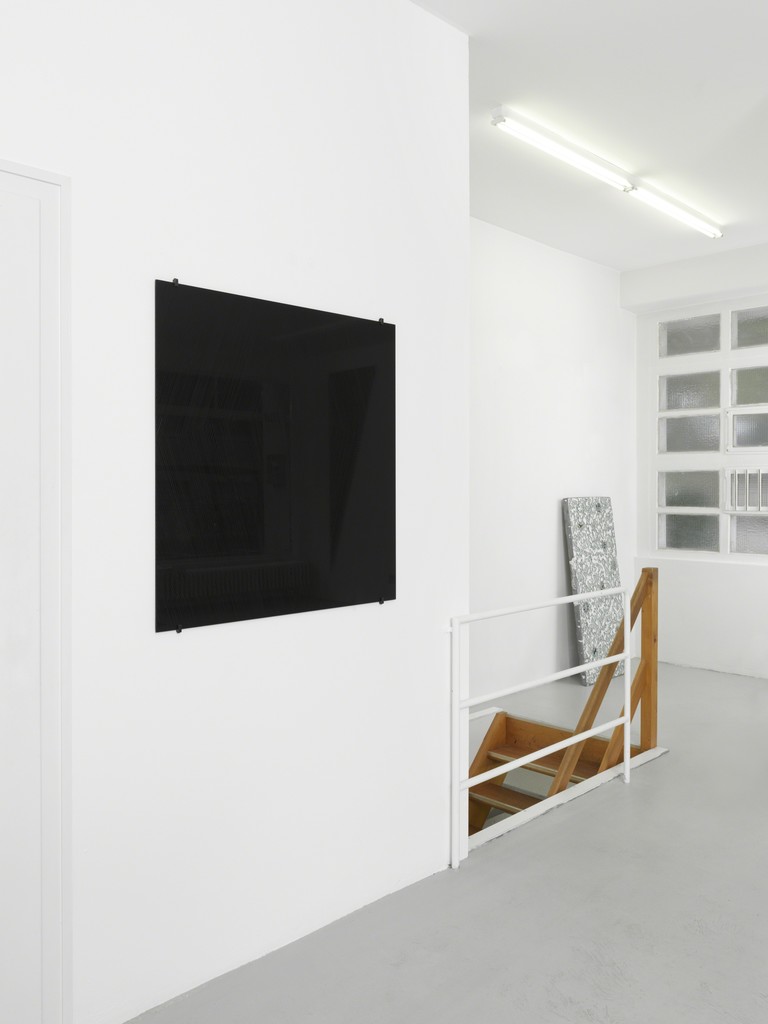 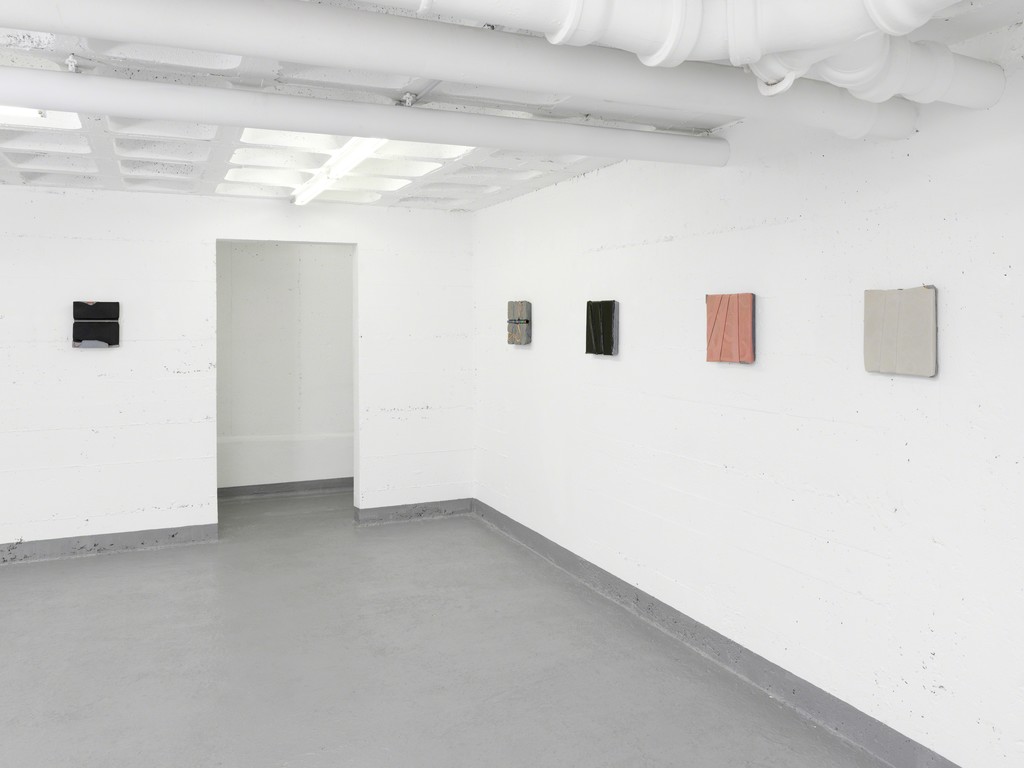 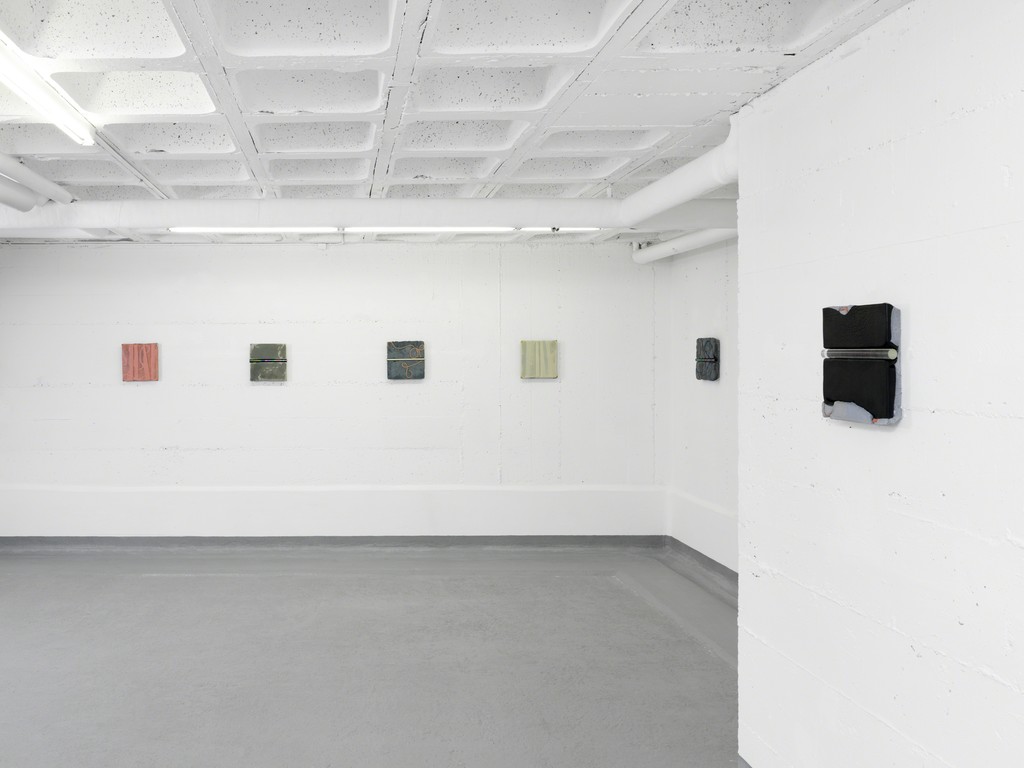 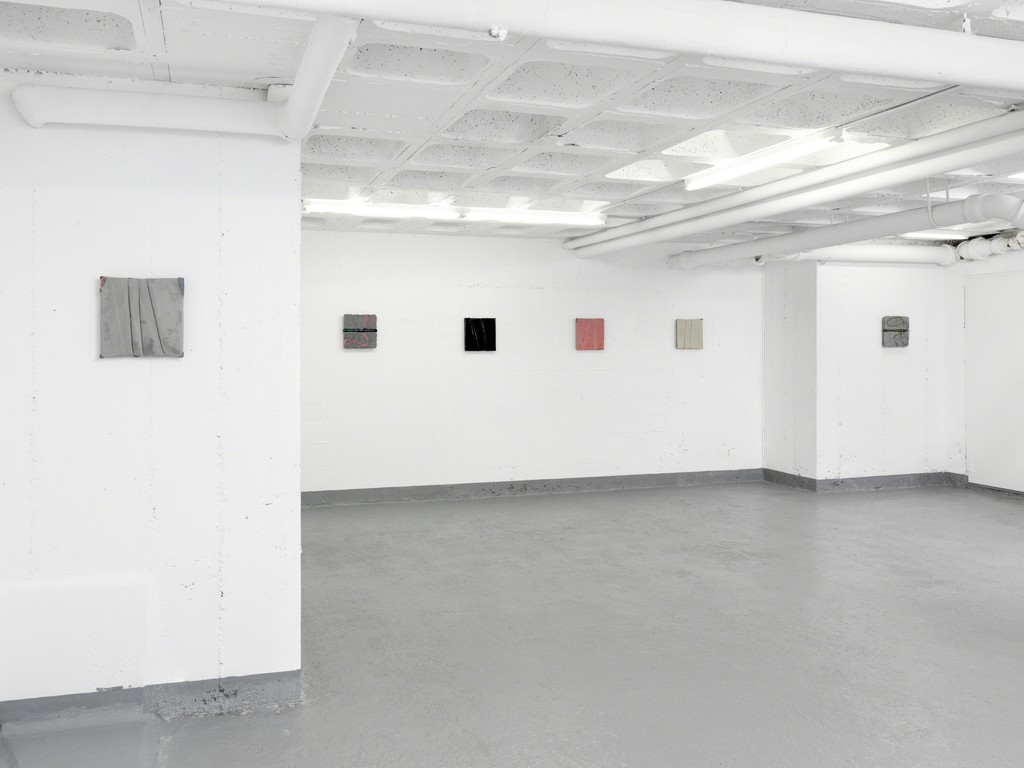 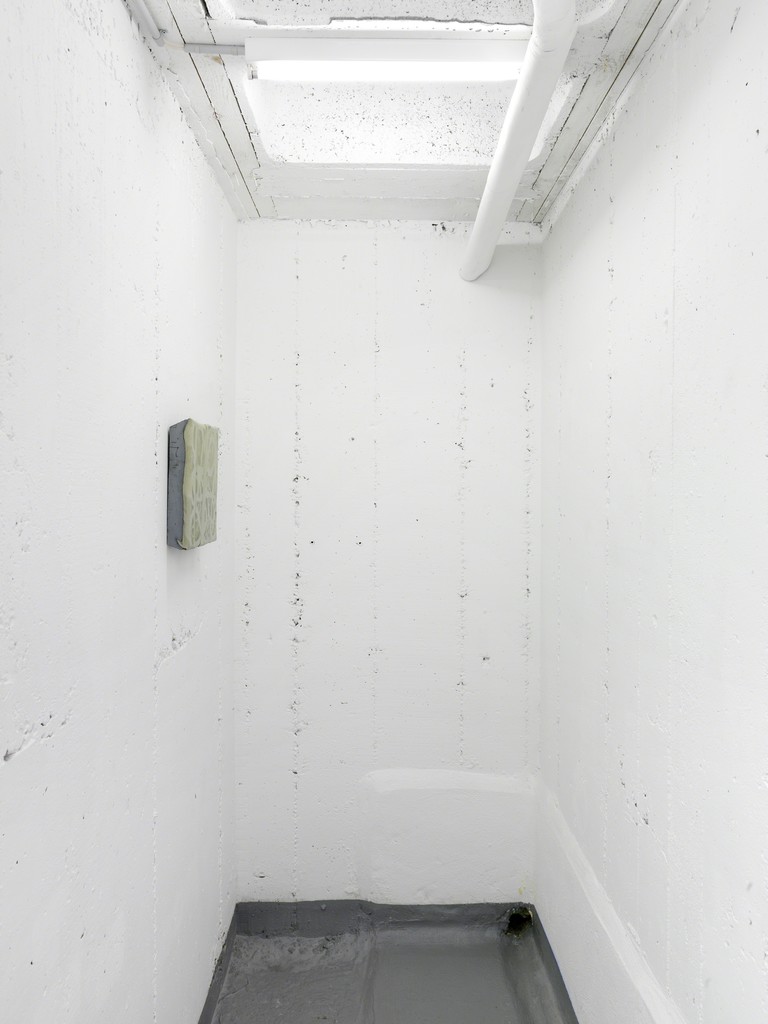 Ribordy Contemporary is pleased to present SILK FLOSS, an exhibition of new work by Davina Semo.

A triangle begins wide, high, outstretched, catch-all, and it moves downwards, loses mass, pulls the eye, tapering, cuts, slides, tightens. The shape carries a kind of emotional charge, a melancholy. The triangle ends in a point. Aims down. Into the floor. Through the floor. I look down, as directed, to the floor. Nothing. And my eyes come back up. A triangle sliced in half. Teetering still, on a point, but bisected down what was its center, the long side is tall, with form. More elegant, in a way.
The concrete sculptures in this exhibition are made by both covering the surface and impregnating the surface, variously. I like the idea of the works being a kind of mental landscape. I’m seduced by many of the raw materials themselves. Ropes and leather, that figure power and lust. Steel and glass, pipes and rods; a horizontal cross, a horse bit, a hard line, a barring off.
It’s difficult to ignore the natural world in Northern California, where I’ve been for almost a year. Driving down Cesar Chavez Street, I’m seduced by the young trees with chunky trunks, covered in wicked looking spikes. Nowadays, silk floss trees are cultivated mostly for ornamental purposes.