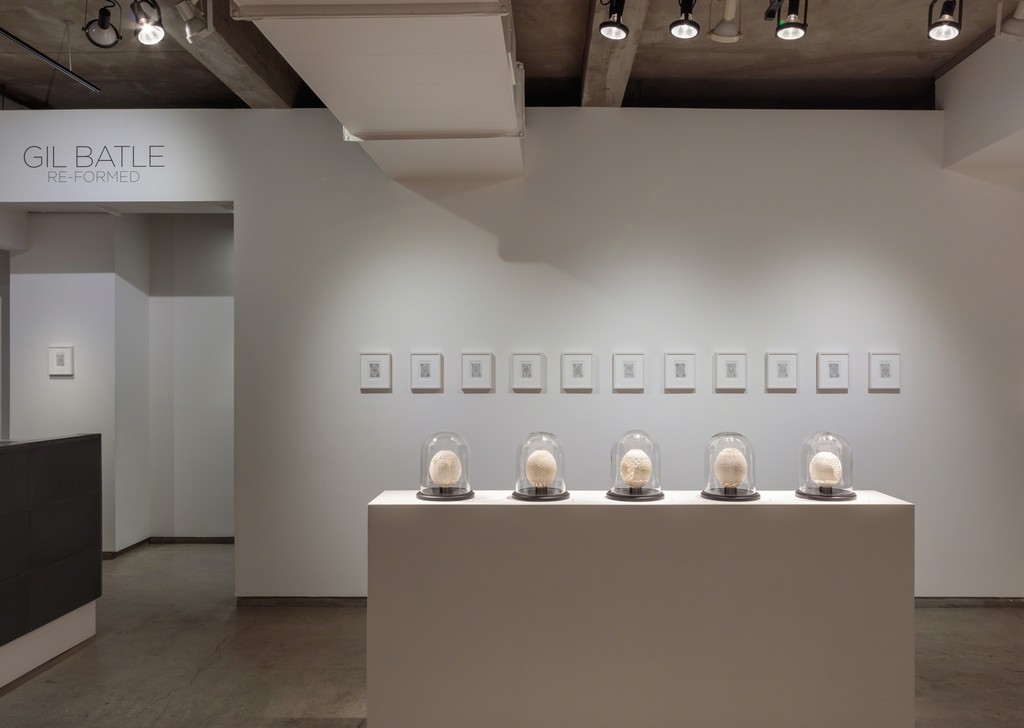 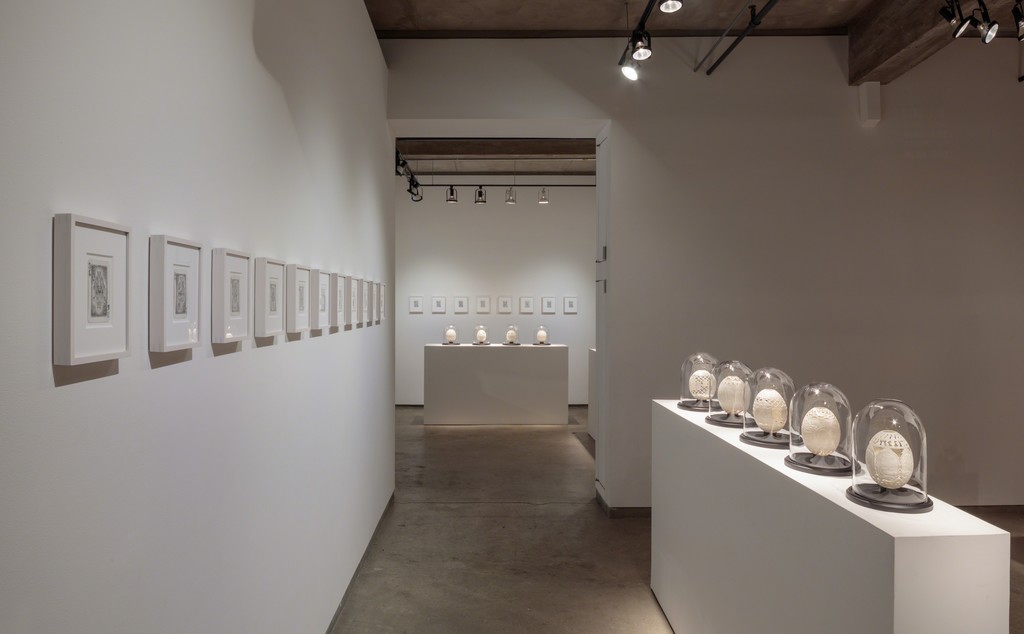 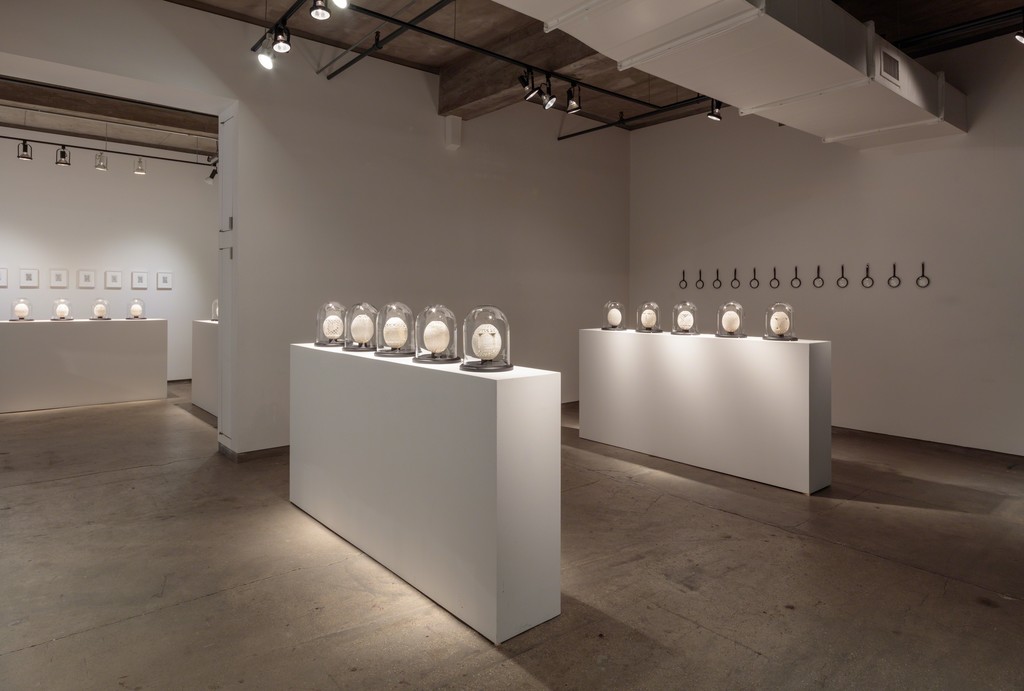 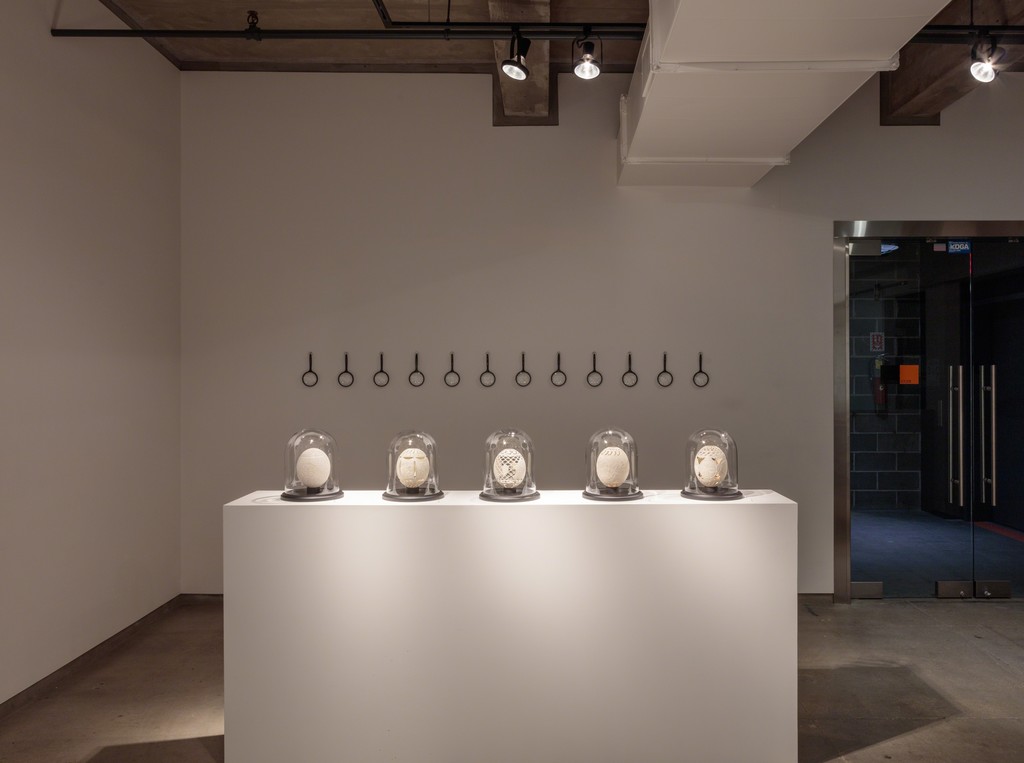 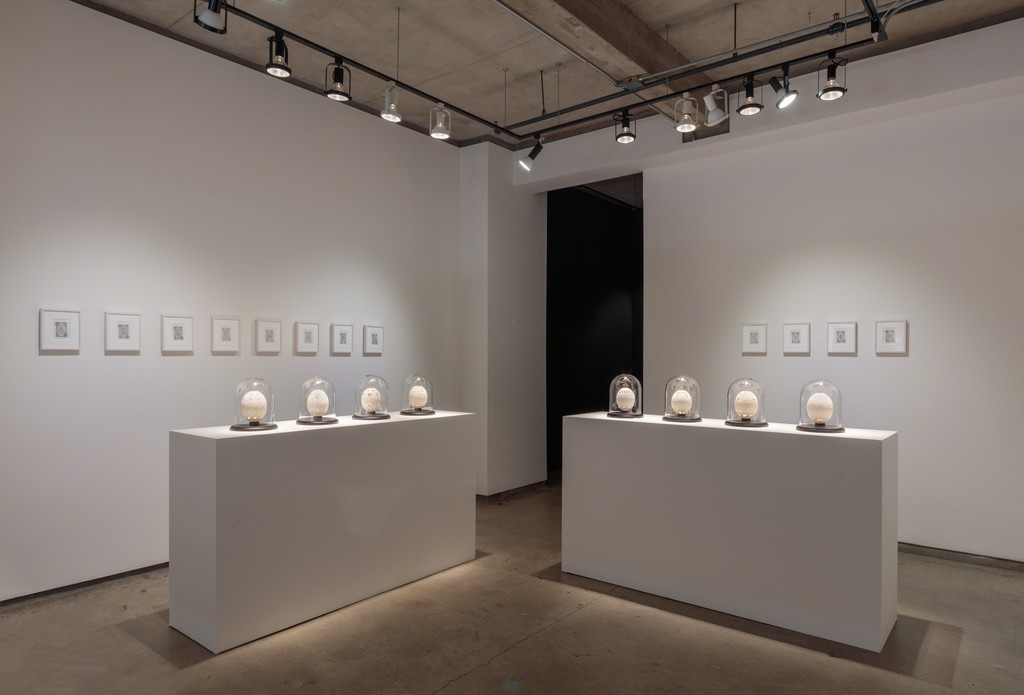 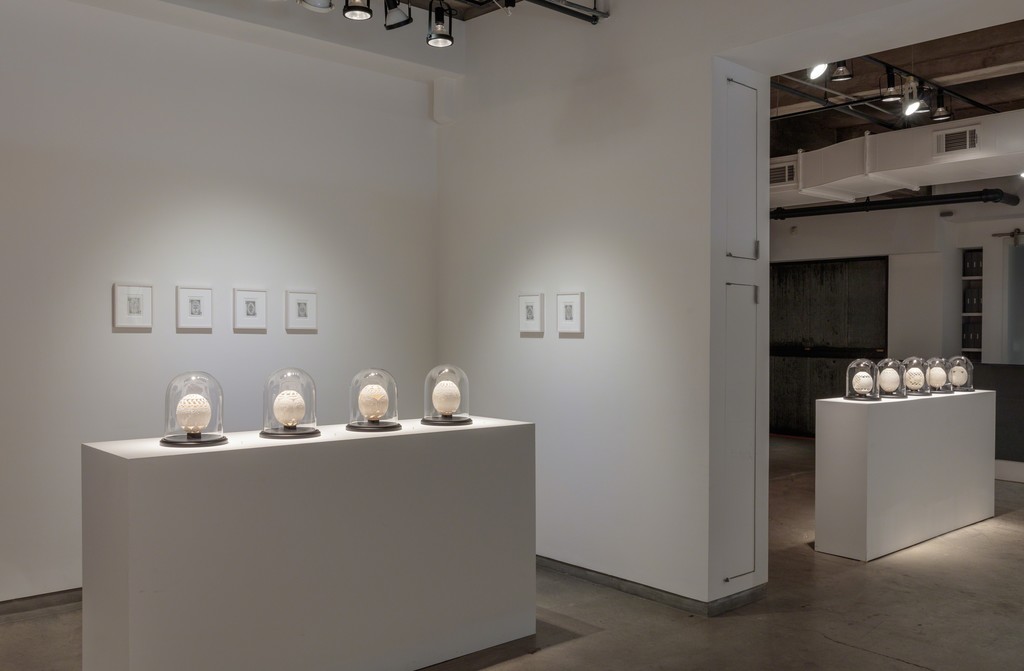 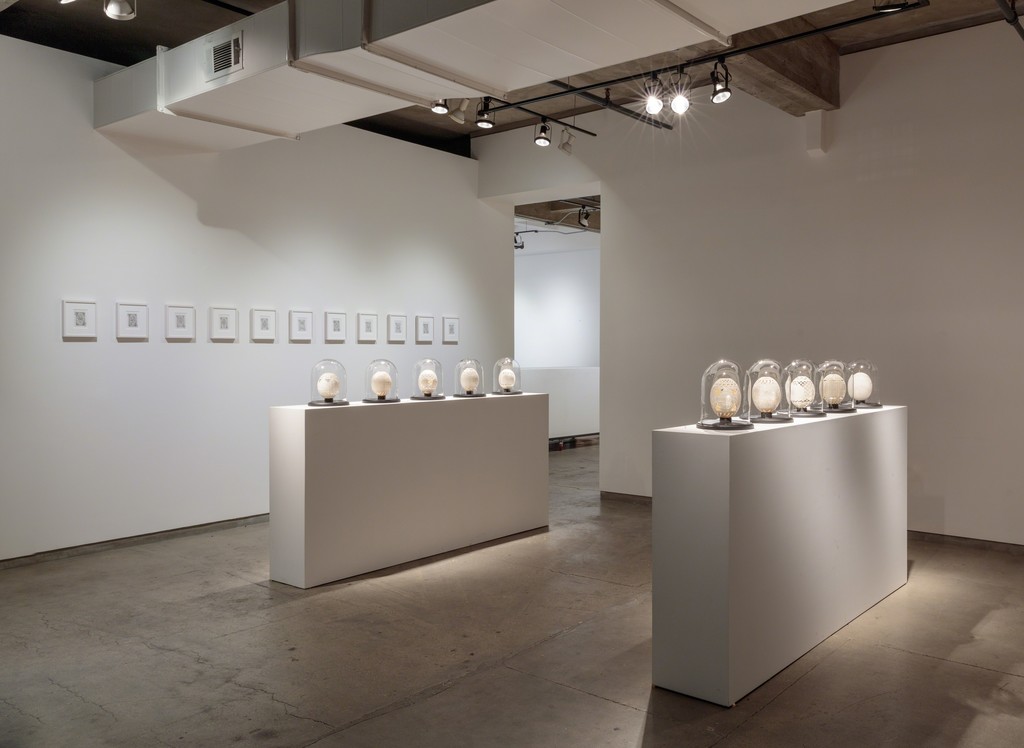 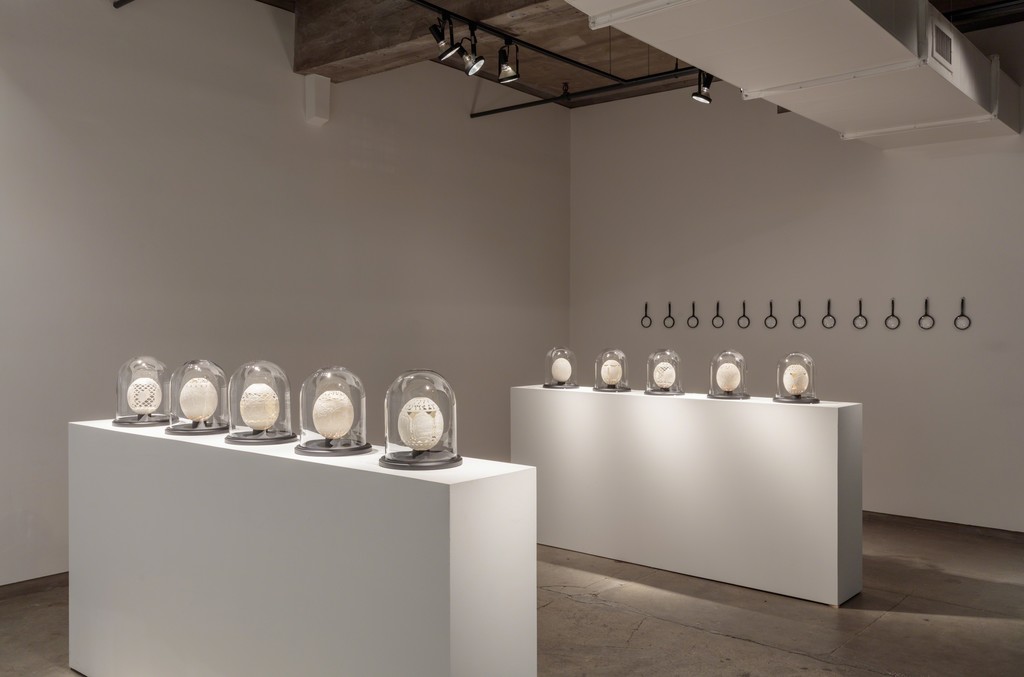 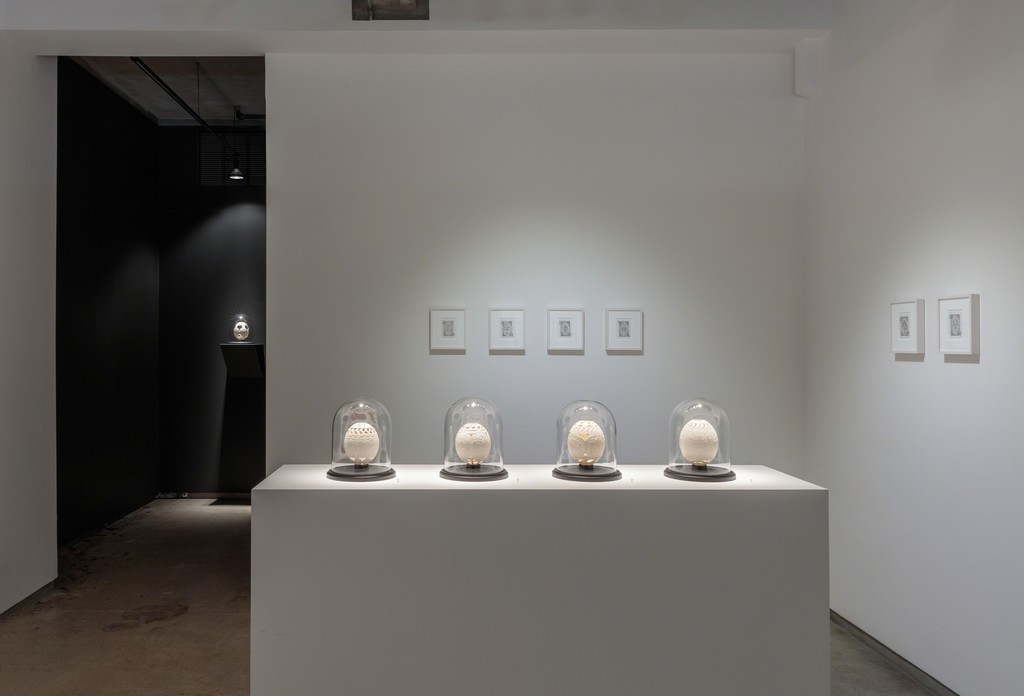 Gil Batle’s ostrich egg​, bas-relief carvings are ​striking visual chronicles ​of the American penal system​ from the inmate’s perspective. Born and raised in San Francisco to Filipino parents, Batle spent over 20 years in and out of California prisons for fraud and forgery. To rebuild his life as a free man, he moved to a small island in the Philippines, where he honed his innate drawing abilities through the unlikely medium of carved ostrich egg shells—each with an architecture of pictorial panels supported and separated by a fine lattice of chain-link fencing, razor-wire, or hand-cuffs.

The artist’s new hyper-detailed​, surreal ​​playing card drawings​ open up new ​territory in an already remarkable oeuvre. Batle’s work and story have been featured in CBS News, The New York Times, The Paris Review, and Slate, among many others. “Re-Formed” is the artist’s second one-person show at Ricco/ Maresca Gallery.