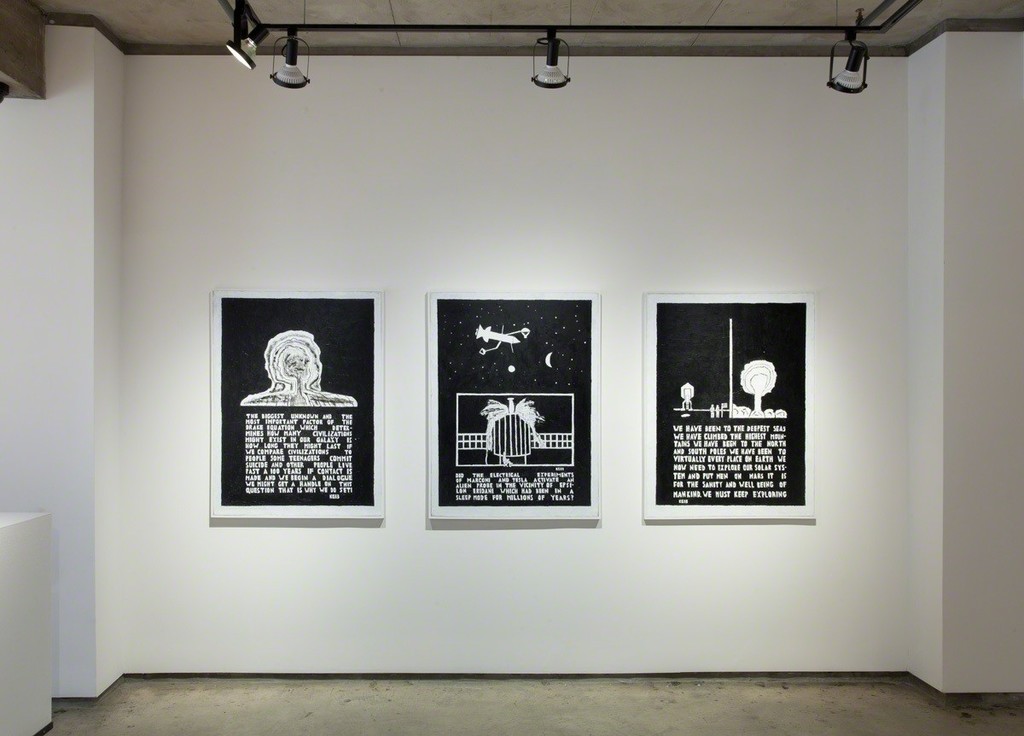 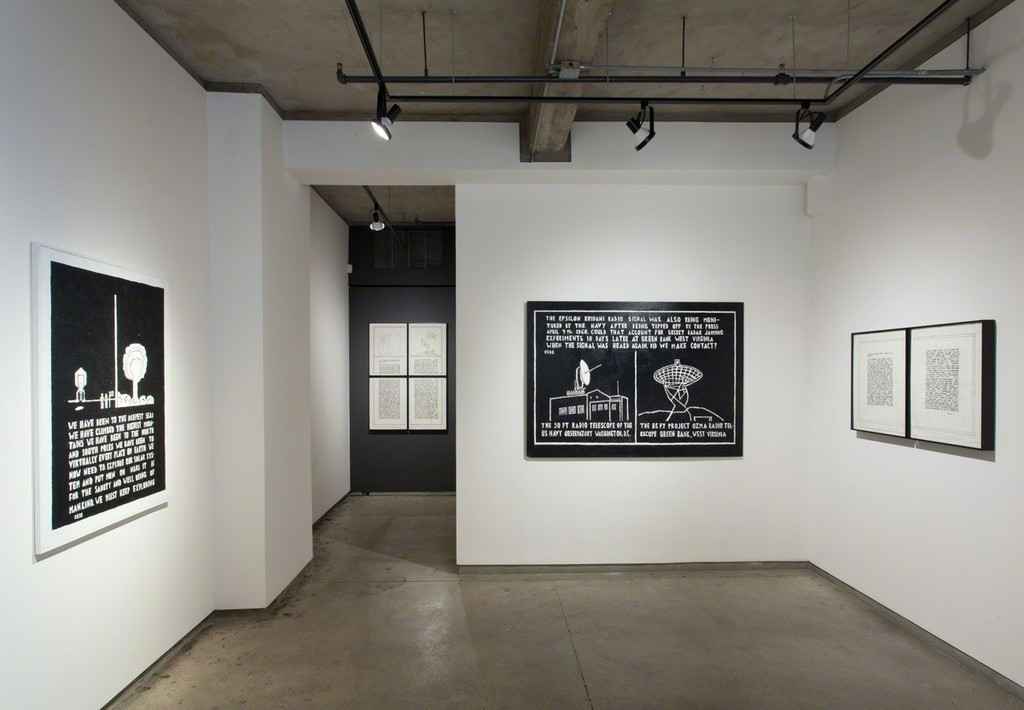 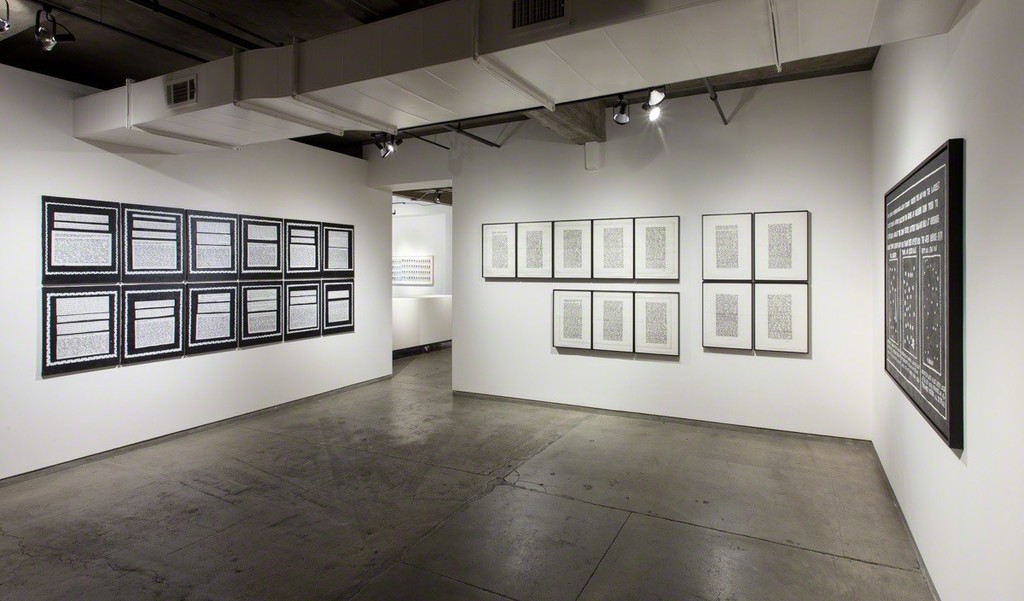 With over forty years of painting experience within his repertoire, Ken Grimes has cultivated a style so distinct it has garnered attention and celebration alike throughout the Outsider Art and Contemporary Art worlds. Dealing predominantly with themes of extraterrestrial contact and cosmic coincidence, Grimes’ work is known for its stark black and white depictions of the paranormal. Grimes uses this style to illuminate the dichotomies he believes to exist between deception and truth. These works often manifest themselves in either simple black and white text or in the depiction of familiar alien subjects like UFOs, “Greys,” and abduction--more frequently, a combination of the two.
While Grimes has primarily worked in acrylic on Masonite board, Text Messages brings to light a different side of the artist. These works, originally conceived as preliminary works for his larger Masonite compositions, have since been refined to complete pieces. Equipped with a long-standing fascination with extraterrestrial concepts, Grimes meticulously copies excerpts from his favorite paranormal theories from the likes of Carl Sagan and Frank Drake, all the while adding his own opinions. Never passing the rigid borders which he applies to a composition, Grimes wraps words around the parameters he sets, creating a greater sense of the continual thought process that inspired the unique process of the artist.
Presented alongside Grimes’ works on paper, six large canvases and multiple smaller canvases accentuate the themes prevalent in the ink compositions. These large black and white compositions are generally divided into two sections: one, a wall of text reminiscent of paper preliminaries, and one pictorial, depicting eye-opening extraterrestrial concepts.