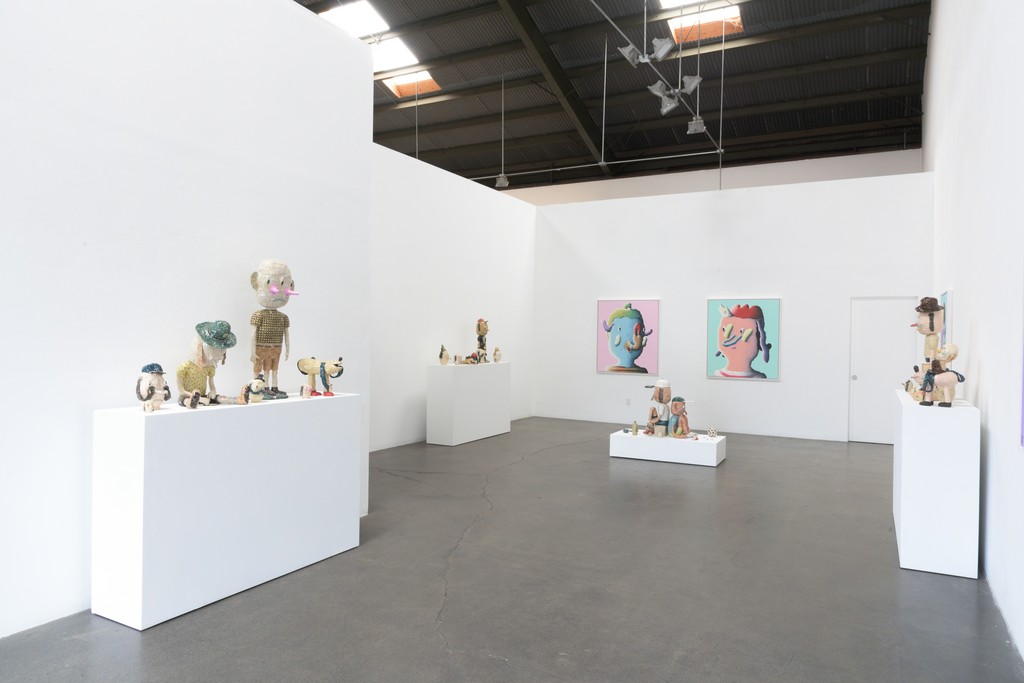 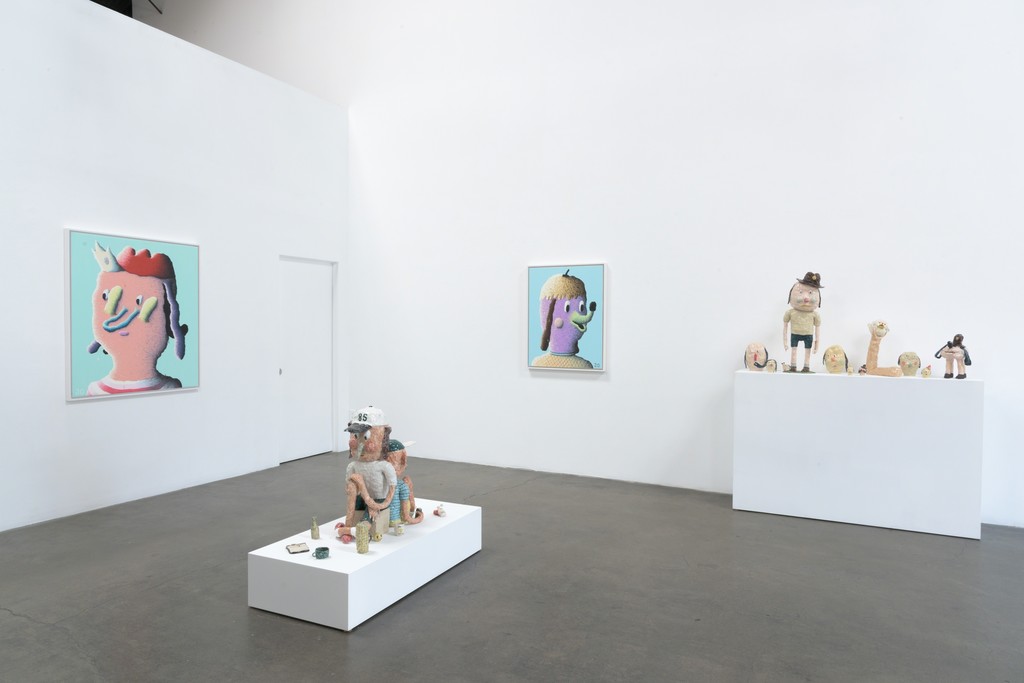 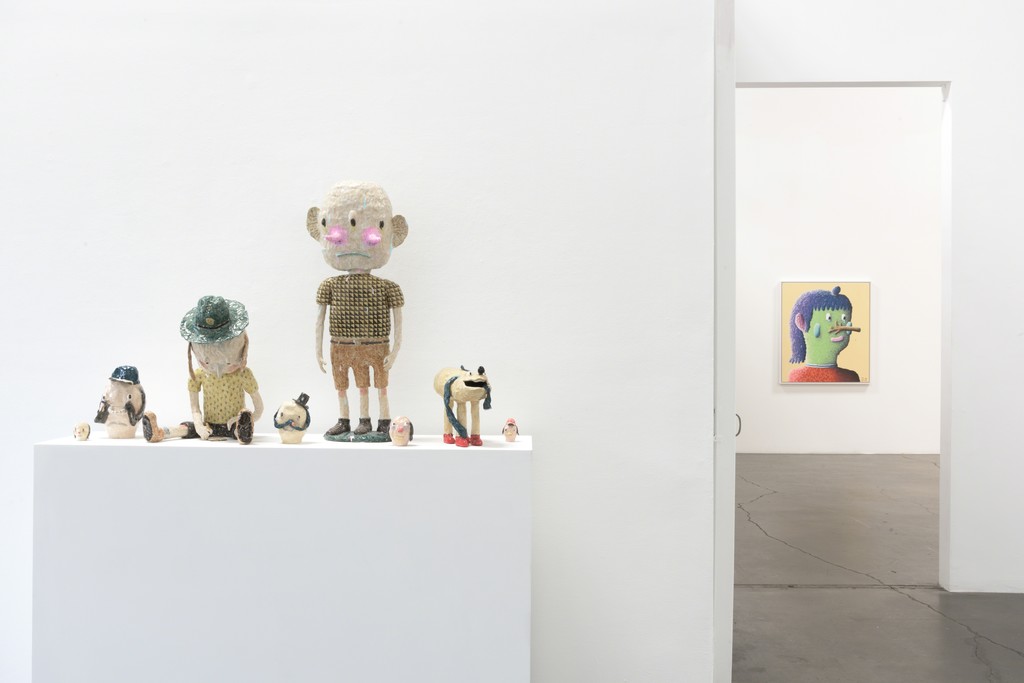 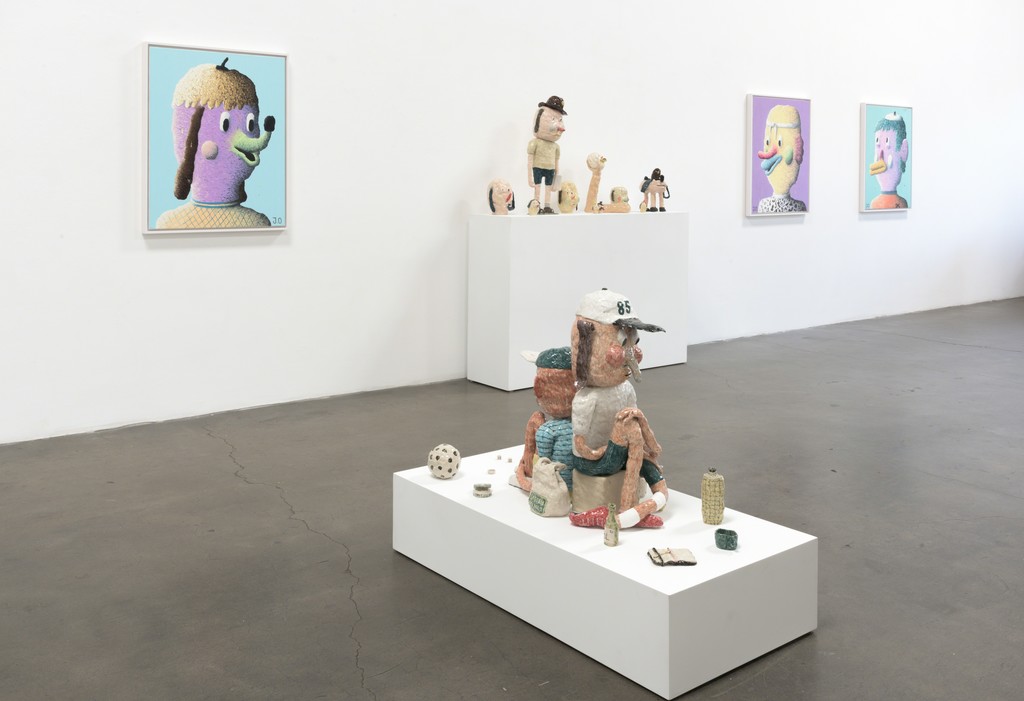 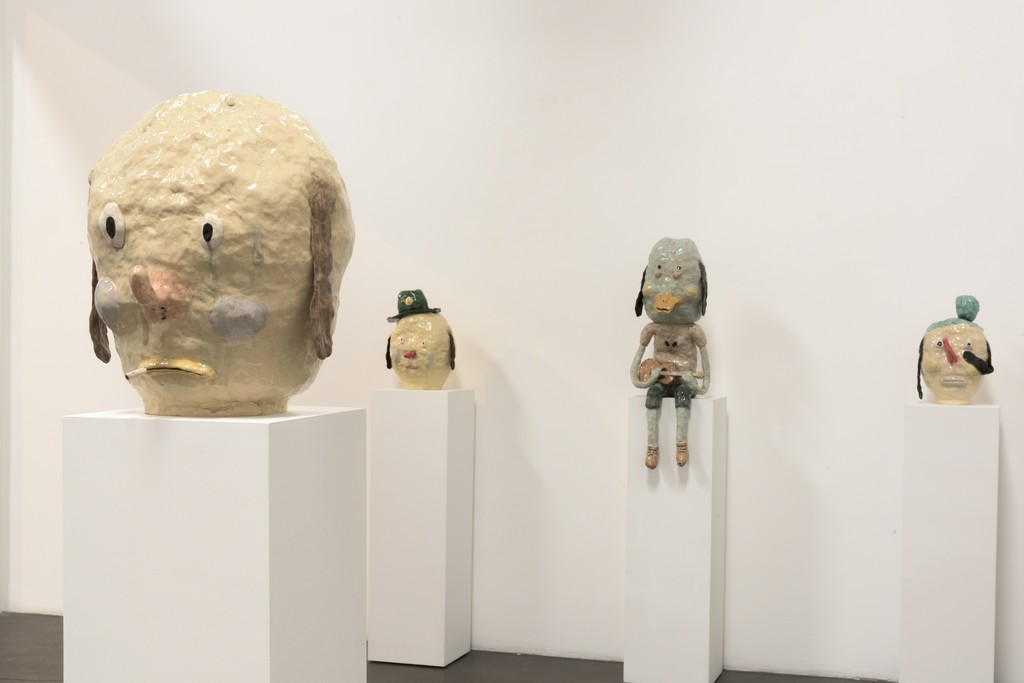 What A Time To Be Alive :( will contain new ceramic sculptures and paintings by Swedish artist Joakim Ojanen. This is Ojanen’s first solo exhibition at Richard Heller Gallery and in the United States.

Ojanen has been living in Los Angeles for the past few months creating work for this exhibition and will be attending the opening reception on June 25.

Joakim Ojanen’s artwork embodies the inner child within all of us. He creates a deeply personal universe full of unique characters that automatically win the heart of the viewer with their sincerity. His paintings and ceramic sculptures capture genuine moments of human expression. When they are grouped together they create delicate and emotionally charged narratives. While maintaining a sense of humor they manage to hit an intense spot in the human psyche, perhaps a subconscious adolescent need none of us ever get over; the desire to belong. Piece by piece each of Ojanen’s works tells a story about finding one’s way in the world and reminds us it’s okay to be ourselves.

Ojanen’s distinct and organic path as an artist begins in Västerås, Sweden. He entered into the arts through graffiti. For him, it was a creative outlet, which intrigued his interests in other types of art mediums. He learned how to use animation programs and began to make short movies and music videos. He also pursued drawing, publishing fanzines and organizing art shows.

These endeavors led to his enrollment in the Illustration and Graphic Design program at Konstfack, University College of Arts, Crafts and Design in Stockholm. After a couple of years, he decided illustration wasn’t for him. Seeking a hobby, Ojanen signed up for a ceramics open studio session outside of school. It was during these sessions that he started to make sculptures from his drawings.

Ojanen’s passion for independent studies has fostered an extensive understanding of his materials. In fact, it is his relationship with paint and clay that guide him in each of his creations. He embarks on making his portrait paintings by first drawing a small sketch. Bringing it to the canvas, he aims to make his idea come alive. There is a negotiation that happens between the paint and his brush strokes. The resolution determines when each painting is complete. To start his sculptures Ojanen goes straight to the clay. Once the process is initiated he then allows it to take the lead until a finished piece emerges.

His ability is demonstrated well in Sitting Wondering a sculpture that depicts a boy hugging his knees while grasping a pen and notebook. The use of texture and precise gesture reveals a vulnerability that resonates long after viewing it. And in turn, the audience is invited to explore a deeper level of intuition.

One notices Ojanen’s iconography is reminiscent of a comic book language. In pictorial terms, his artwork hints at the works of Philip Guston, Keith Haring and at times the Surrealist paintings of Salvador Dali. However Ojanen states, ‘It’s dangerous to look at one artist too much.’ Instead, a framework of emotions structures Ojanen’s introverted creative process. ‘I work a lot with feelings. I would say that is the main core of my work. It’s about finding the right posture, the right eyes, smile and so on, (in order) to capture something I couldn’t make up in my mind. It’s about trying until I get something that feels right.’

Ojanen cites music as his biggest source of inspiration to his artwork – and lists his favorites as Drake, Young Thug, and Wu-Tang Clan, just to mention a few. Listening to rap while working in his studio is an integral part of his process. As he interacts and alters his materials he harnesses the raw energy of it and reflects the autobiographical lyrics in his use of narrative.

A genuine talent, it is worth spending time navigating through his profoundly sensitive universe of work. Ojanen exhibits his art widely in Sweden and is represented by the Richard Heller Gallery in Los Angeles.