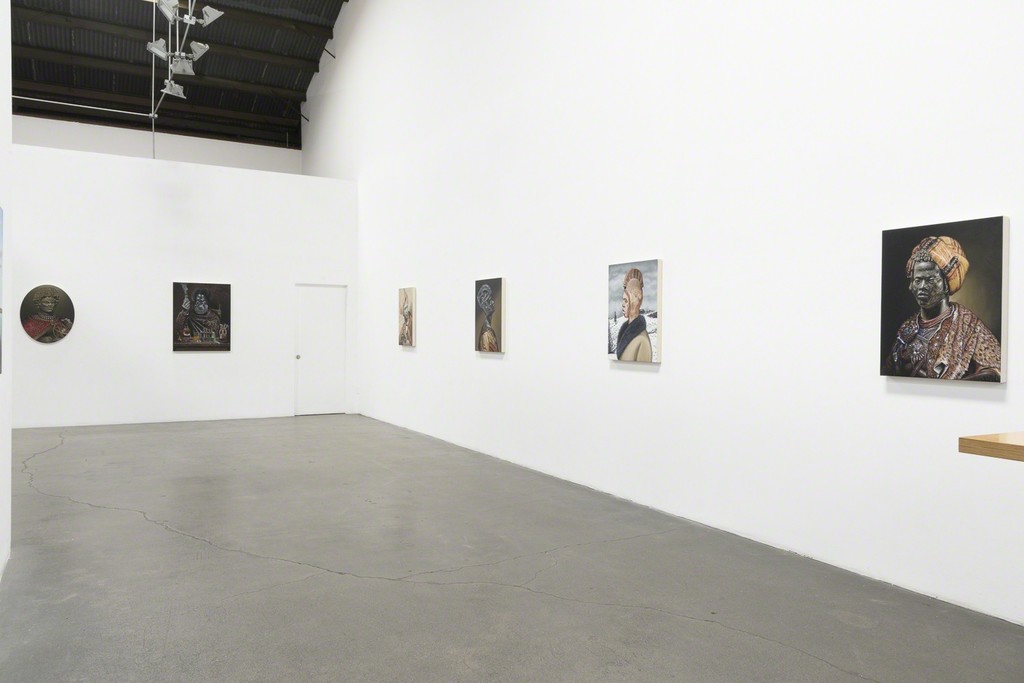 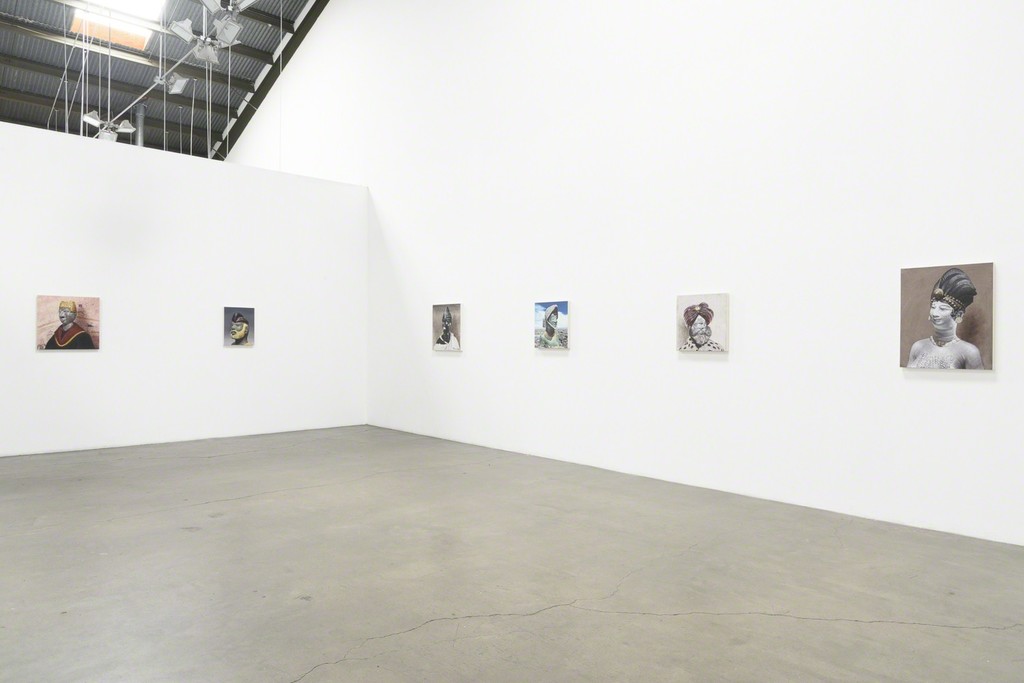 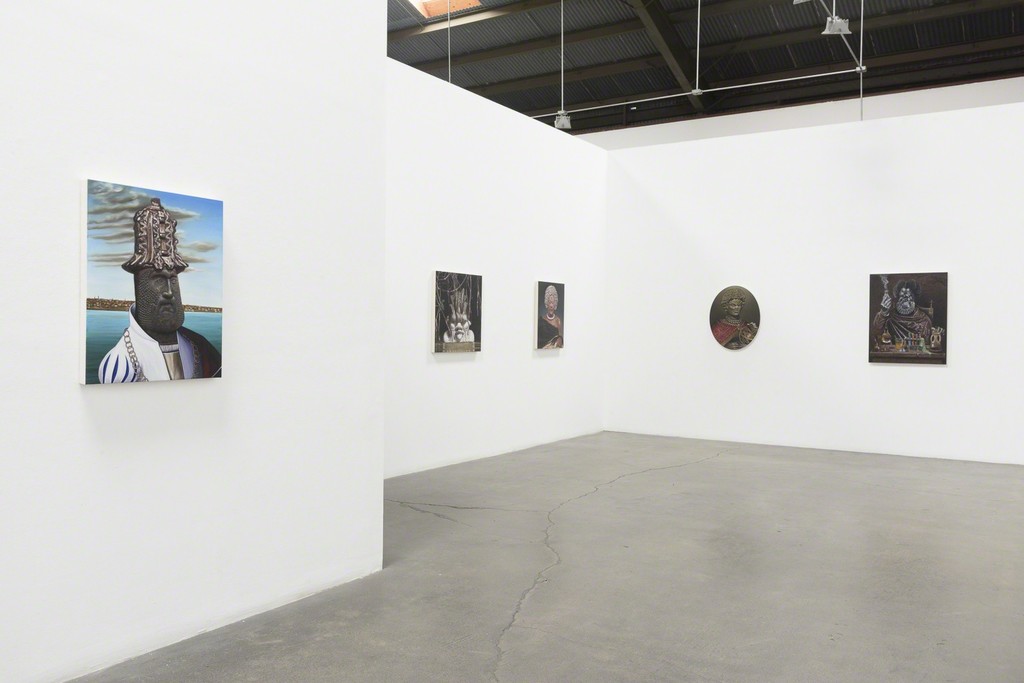 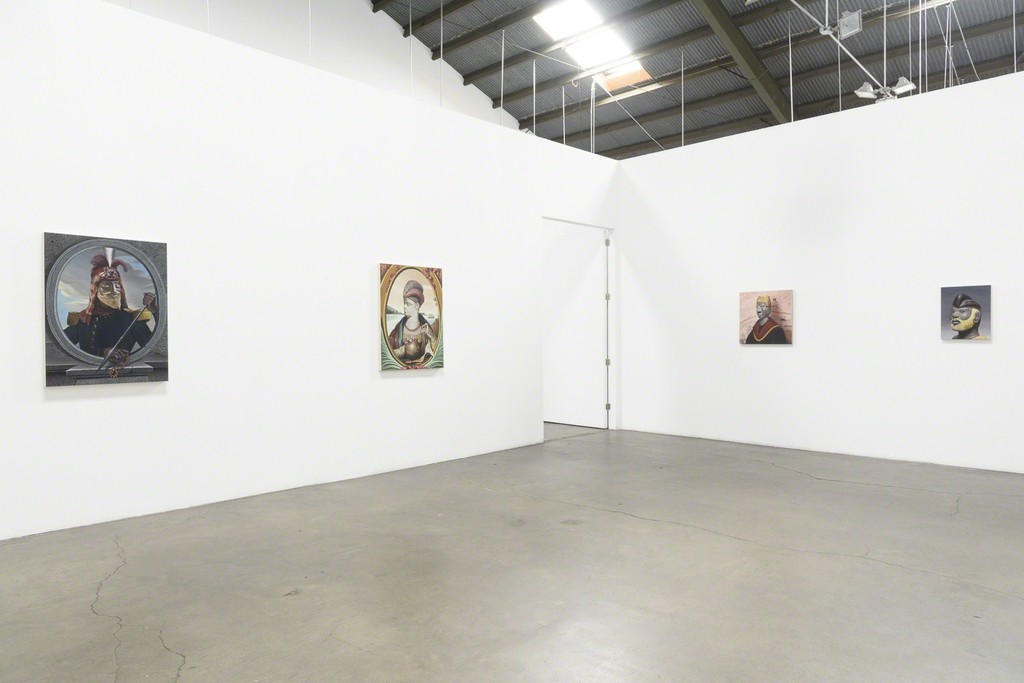 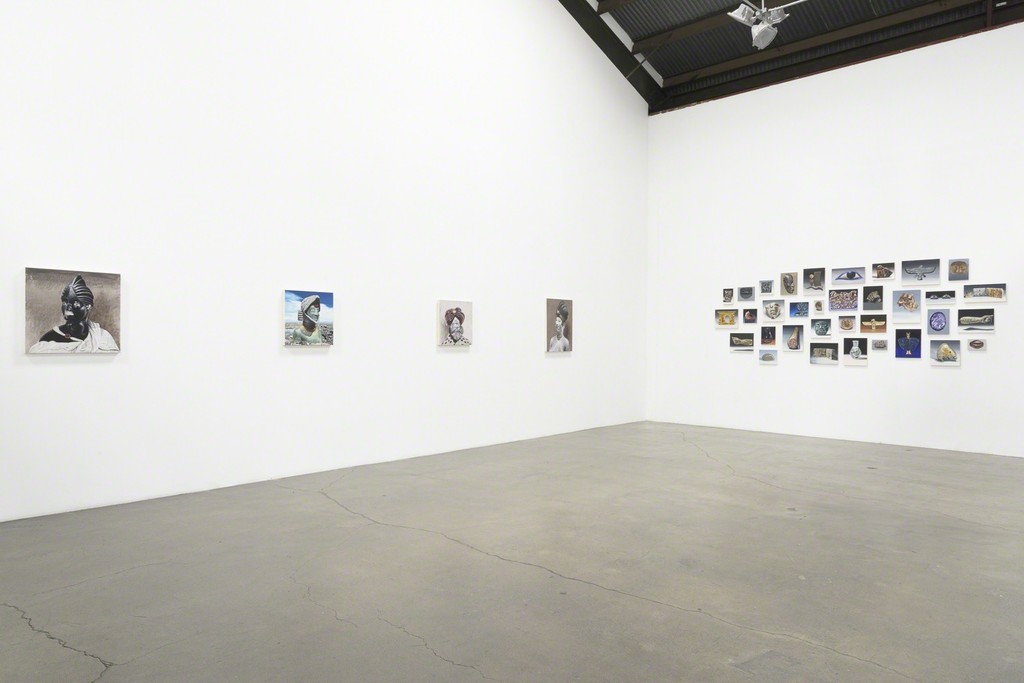 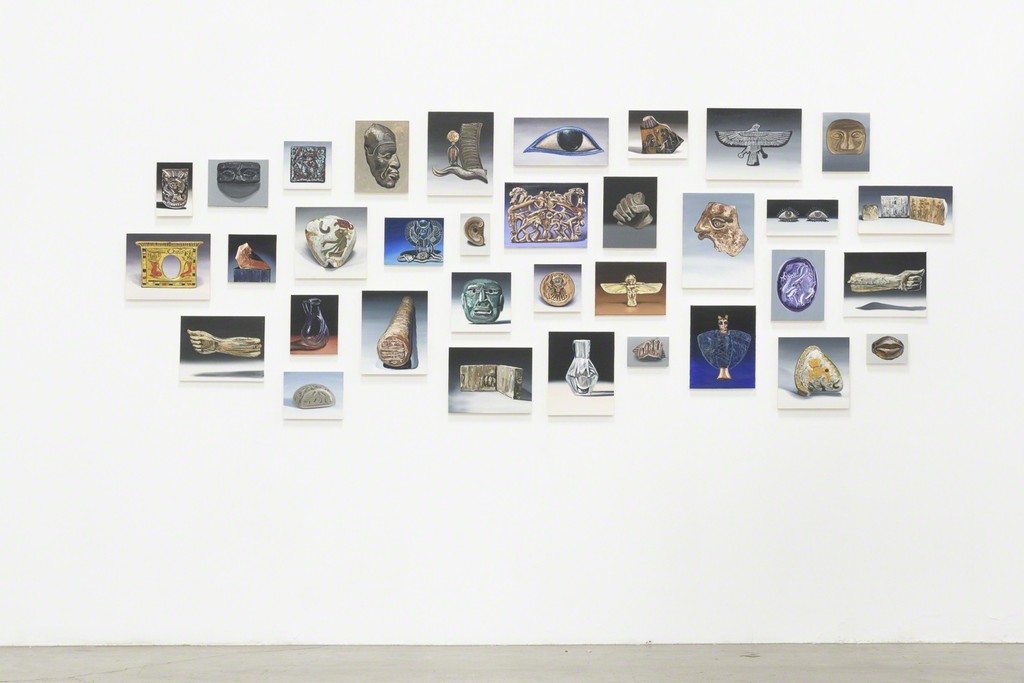 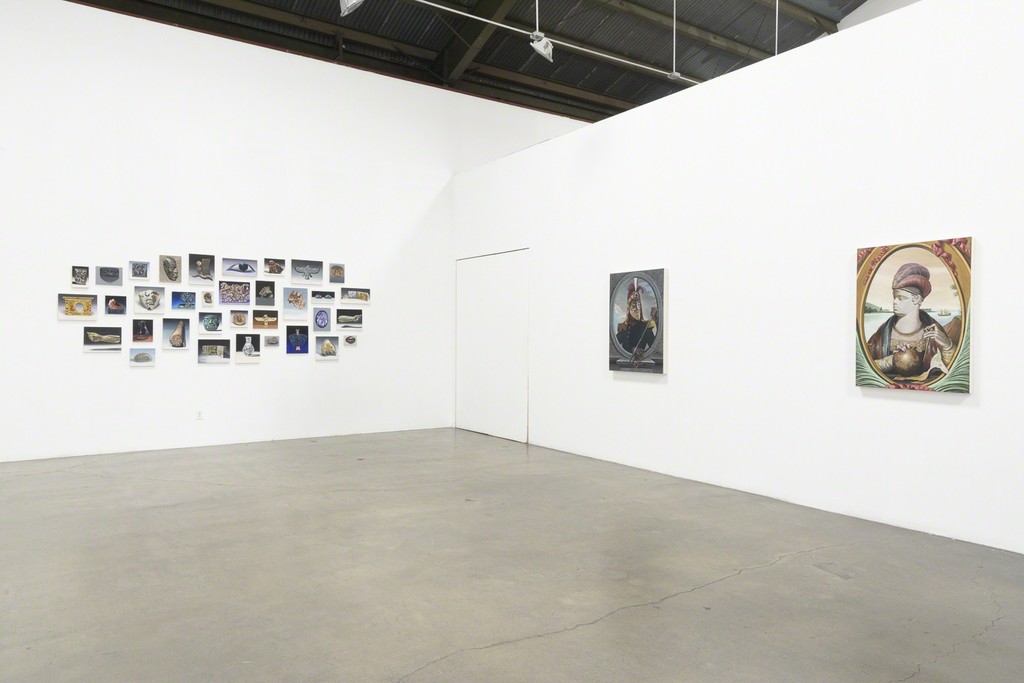 Working in the traditional medium of oil on canvas, Unearthed Entities explores the history and taxonomy of portraiture. KAJAHL constructs humanoid figures that traverse different cultures and points in human history with elegance. Without a need for chronological consistency or narrative support, KAJAHL carefully pieces together hybrid entities that take on allusions to classical painting, but become disruptive through their divergent multi-faceted origins. Much like Mary Shelley's Victor Frankenstein, who gave life to a humanoid from non-living matter, KAJAHL seamlessly sews parts together from the fringe of art history into new transformative identities.

KAJAHL’s process entails sifting through history, both amassing and archiving imagery ranging from ancient art, vintage ethnography, historical portraiture and landscape, to strange alternative histories, pseudoscience, and the absurd. In Unearthed Entities, KAJAHL depicts a range of figures such as an alchemist, astronomer, cryptid-like amphibian, high-ranking dignitaries, and a navigational explorer. In this sense, a playful dissonance is achieved in what we would normally presume to be a tradition that depicts heroic leaders from a bygone era.

KAJAHL received his BFA in painting from San Francisco State University in 2007. He studied at the Accademia di Belle Arti di Firenze, Florence, Italy, in 2008, and received his MFA in painting from Hunter College in New York in 2012. He received a Joan Mitchell Foundation Painters and Sculptors Grant in 2013 and, in 2016, was a Joan Mitchell Center Artist-in-Residence in New Orleans. KAJAHL lives and works in Brooklyn, New York.

KAJAHL will be in attendance at the opening reception on September 9th.