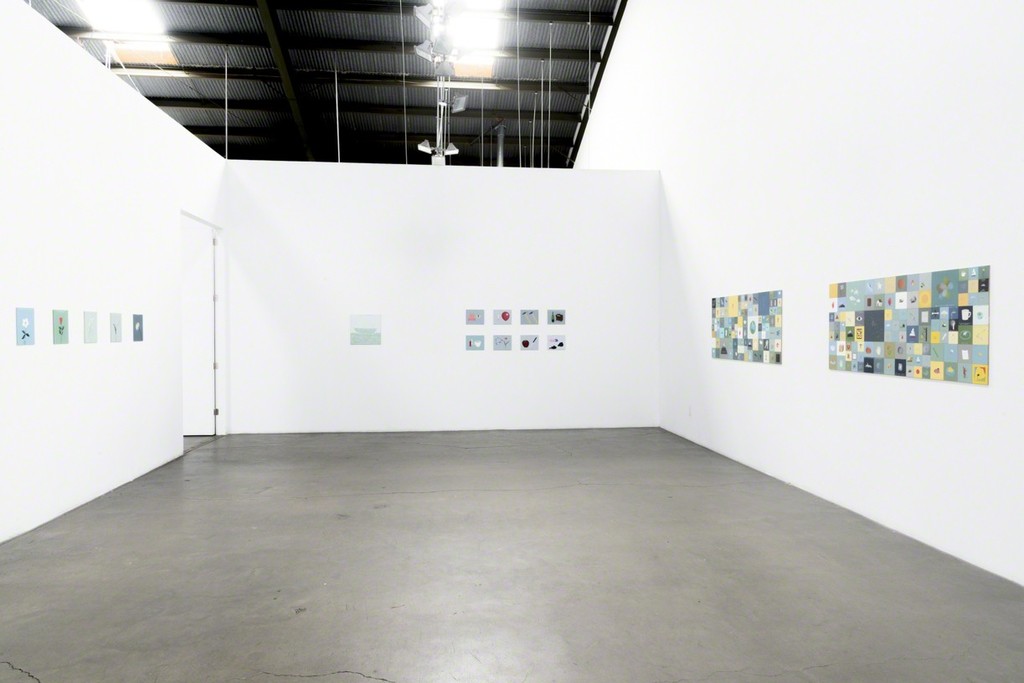 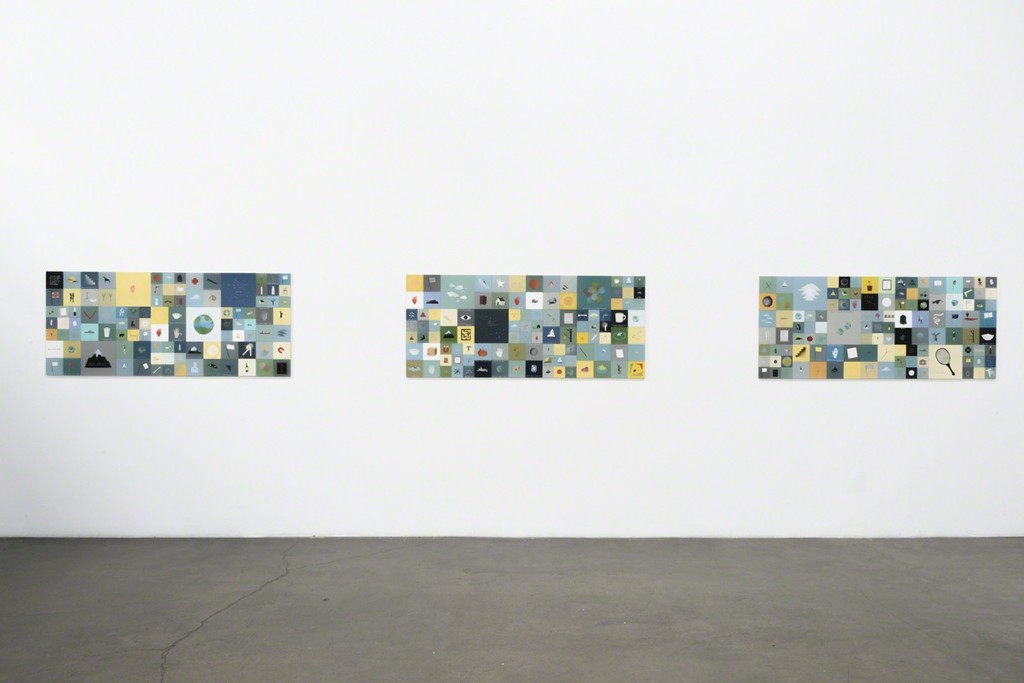 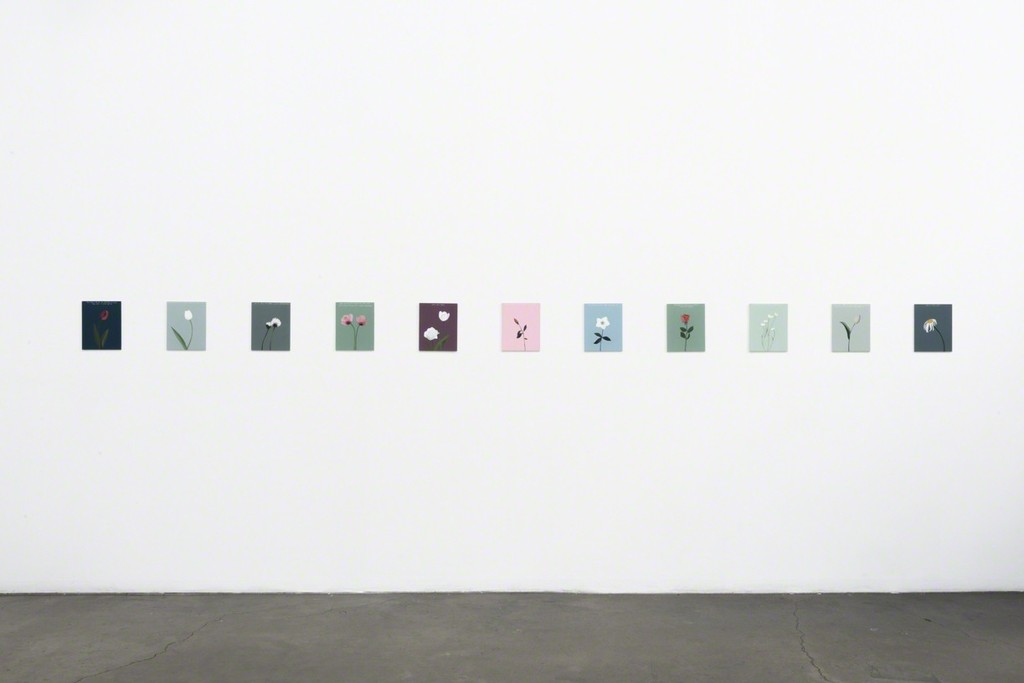 Dumontier & Farber have been working together for over 20 years and were founding members of the Winnipeg, Canada-based Royal Art Lodge art collective.

The first is a series of flowers, each matched with a line of text.

The second is called “Duets,” and features two objects whose relationship is explained within the painting.

The final series contains grids of smaller paintings that are tied together through their simplicity and repetition of imagery and themes.