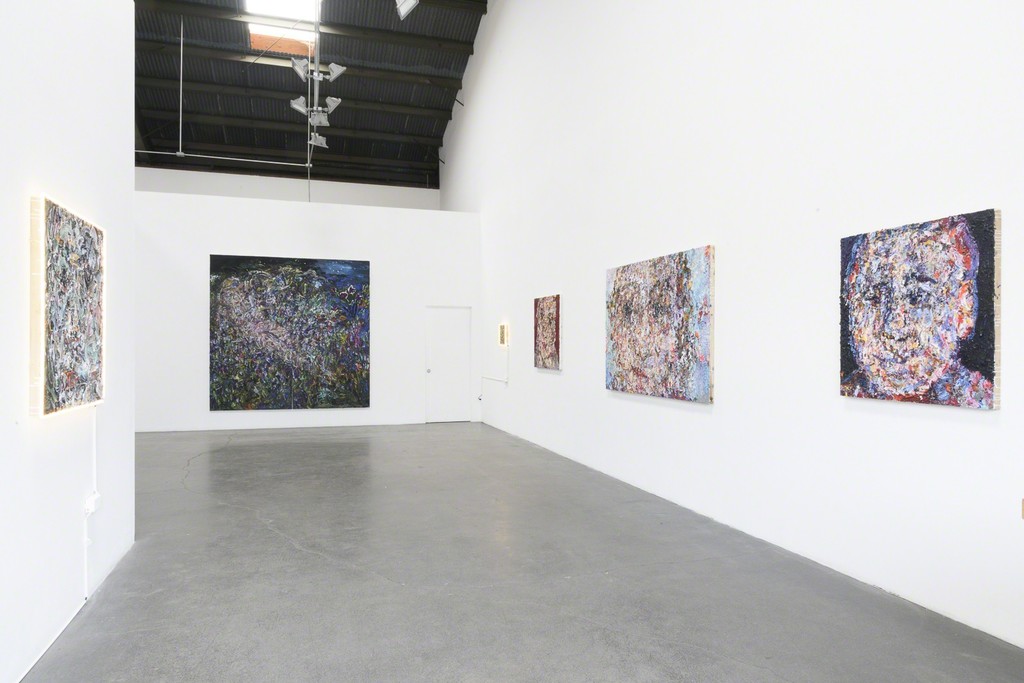 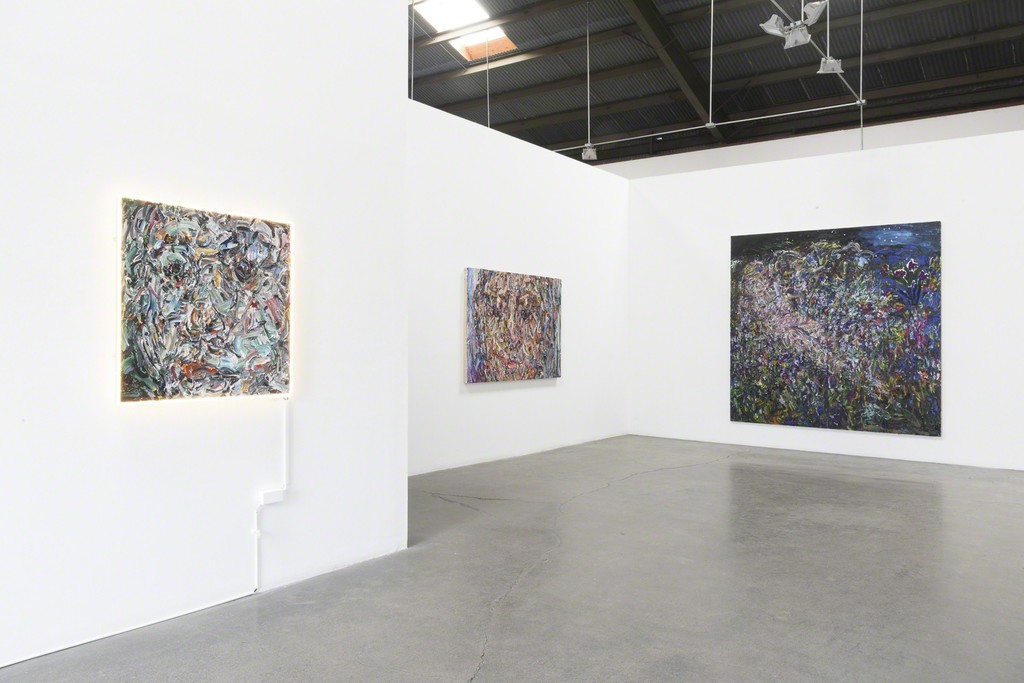 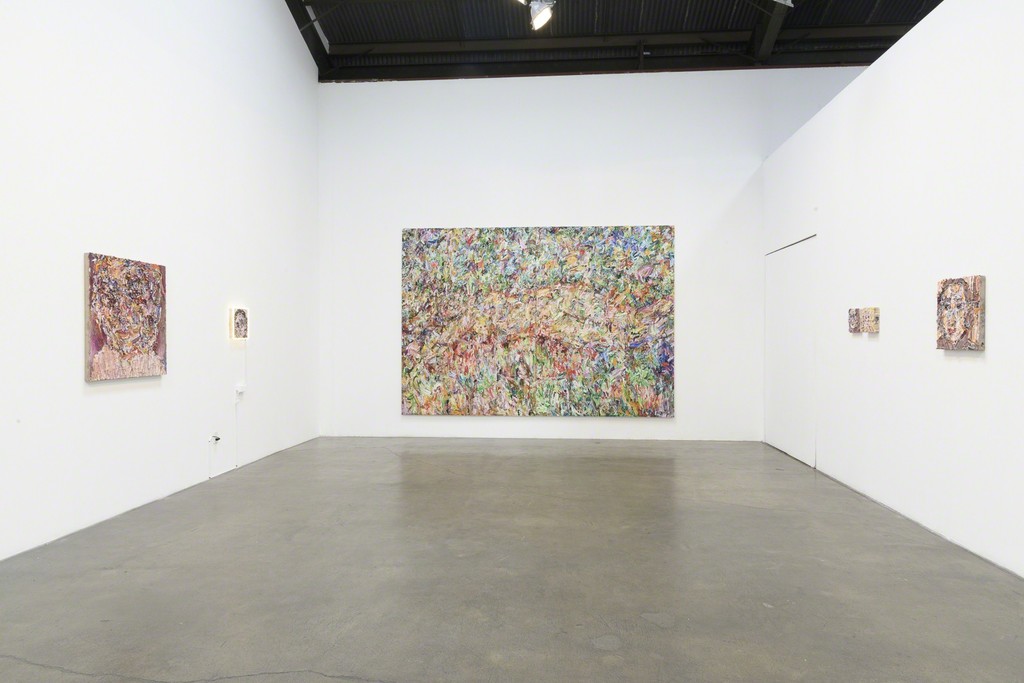 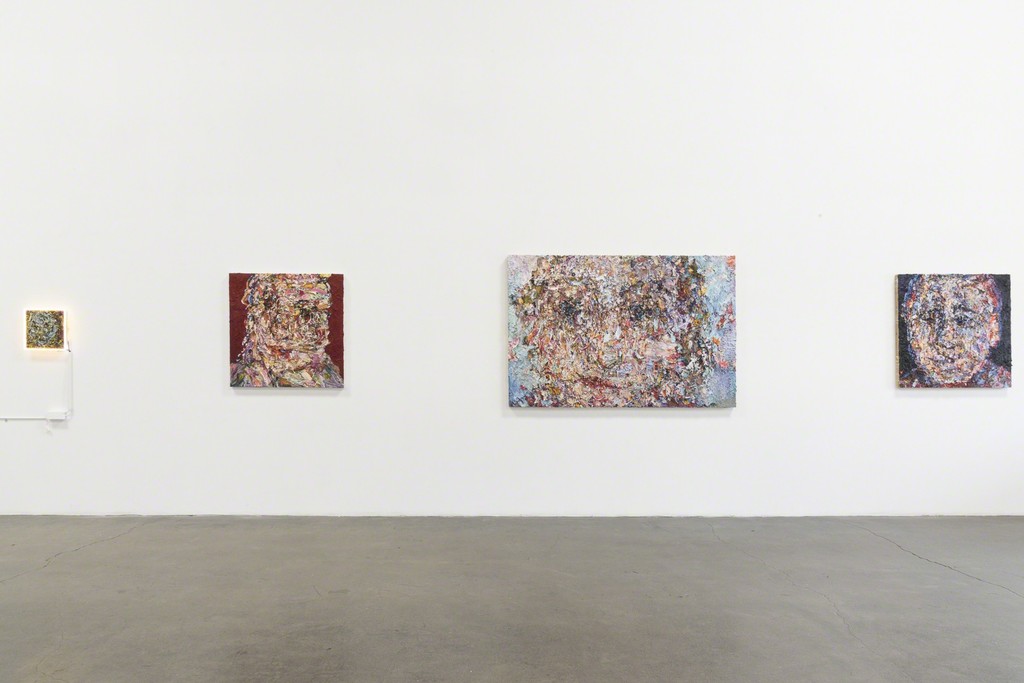 Richard Heller Gallery is proud to present, Ultraviolet, the gallery's third solo exhibition with Los Angeles-based painter Vanessa Prager. The exhibition will feature more than a dozen new works, a series of self-portraits, which move fluidly between figuration and abstraction. The opening reception with the artist will take place May 13th from 6 - 8 p.m.

Prager's work has garnered critical acclaim for its rich impasto, which bends and refracts light across deeply layered three-dimensional surfaces, offering the viewer a variation of perspectives. Up close see the varying rhythms and nuances in the artist's brush strokes and stratified layers of paint. There is a physicality that needs to be explored in an up close and personal way. However, pull back from the work and the light again shifts, revealing a face or a figure slyly staring back at you, as if to say "what took you so long?"

Ultraviolet marks an important evolution for Prager as she turns the brush on herself, revealing who she is, or possibly who she wants to be. Full figures are also beginning to emerge, but overall she moves toward the inclusion of colorful, luscious, painterly abstraction. Another impressive achievement is Prager's ramping up of her scale: one of the new paintings, No Shrinking Violet, measures 8 x 12 feet, inviting the viewer to more completely enter her assumed world; they become experiential.

Prager's works are in prominent private collections, and have been included in assorted group museum exhibitions, including the Santa Monica Museum of Art and the Museum of Contemporary Art, Los Angeles. Her work has been included in various group exhibitions, both nationally and internationally, and at art fairs around the United States. She has been featured in national press including, W Magazine, Los Angeles Times, Flaunt, Angeleno Magazine, Huffington Post, LA Weekly and Nylon, and has had solo exhibitions on both coasts.