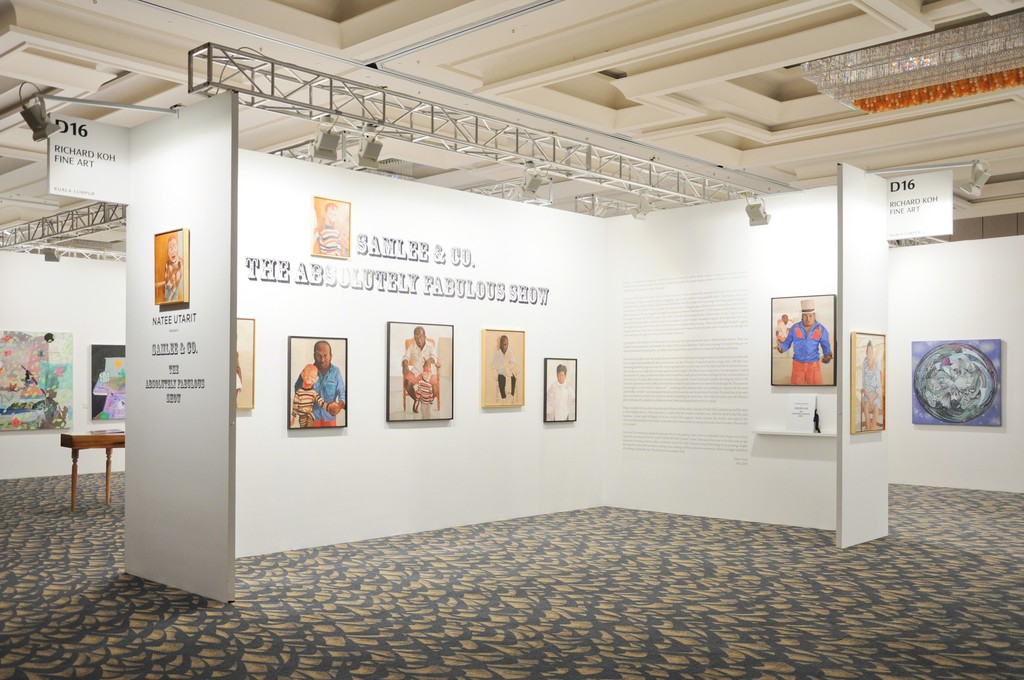 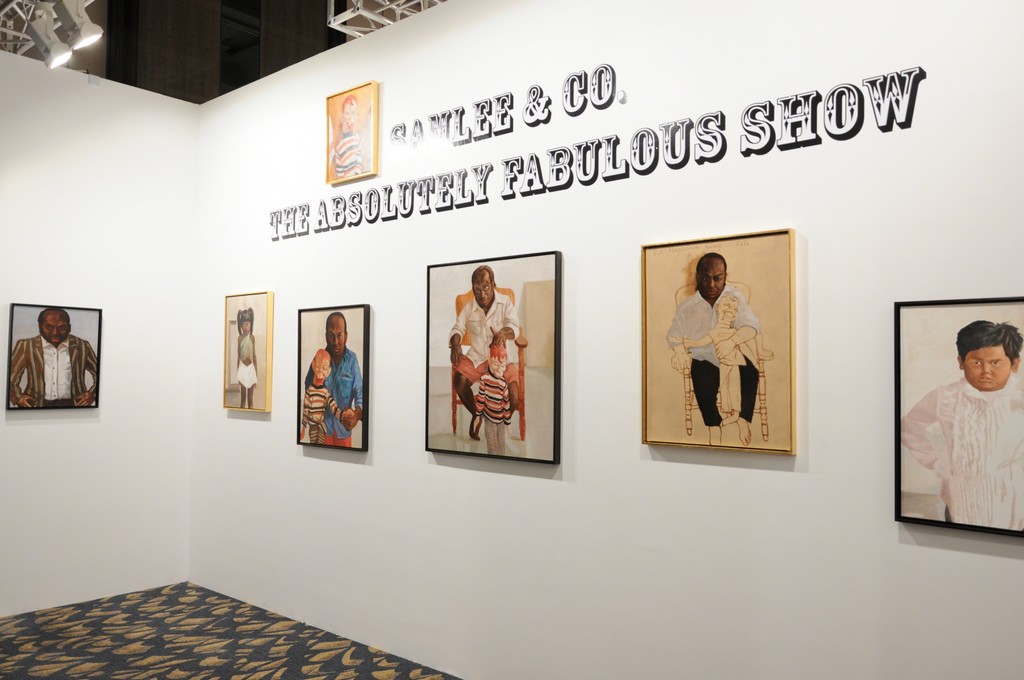 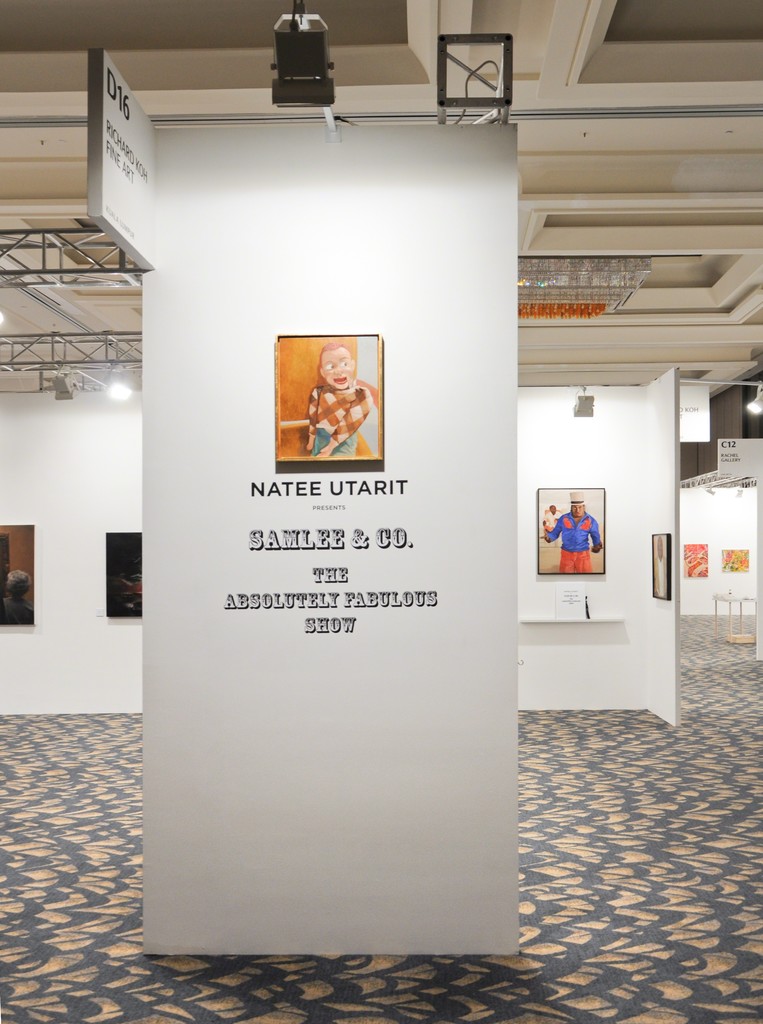 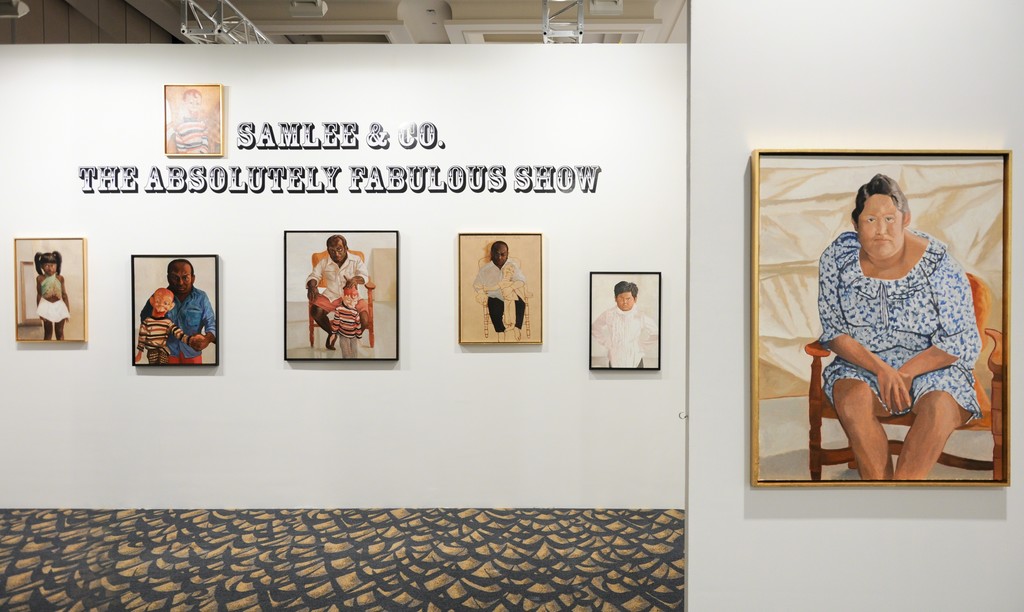 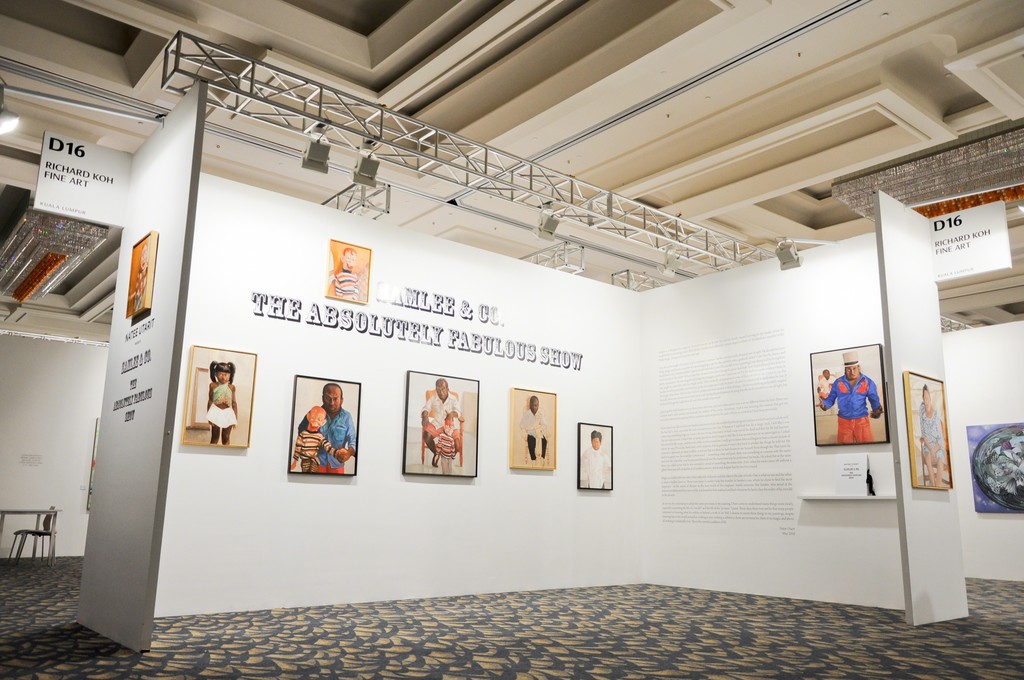 Richard Koh Fine Art is pleased to present Samlee & Co, The Absolutely Fabulous Show at Art Stage Jakarta 2016, to be held at the Sheraton Grand Jakarta Gandaria City Hotel, Hall B, Booth D16, Jl. Natee Utarit Presents Sultan Iskandar Muda, Jakarta, 12240, Indonesia from 5 - 7 August 2016.
-
Samlee is a Bangladeshi magician. Formerly known as Kasim, he and his family started coming to my studio, where he modeled for my paintings, since 2014. In fact, Samlee had achieved a certain degree of fame in Thailand as a member of the Philip Magic Troupe some twenty years ago.

One day at the height of his fame and to everyone’s surprise, Samlee unexpectedly dropped out of sight. He decided to leave Philip Magic and spent a number of years struggling to get by. His celebrity status gradually faded. I met him by chance and found him to be a curious subject. I got in touch with him to see if he would sit for a painting I was doing and he brought his whole family to the studio. When I saw him, he seemed to have changed a great deal from how I remembered him from his public appearance. He was sluggish, no longer the energetic performer I had seen on TV. He had two small children whom he had taught to assist him with his magic tricks. They excitedly demonstrated some of those tricks to me. I have to say that Samlee had the personality and talent to go far as a magician if only he hadn’t decided to chuck it all in back when he was at the height of his fame. Most of the tricks he performed were familiar to fans of magic. There was nothing particularly original. Actually, there were times when I held my breath during his performances hoping that the tricks would turn out all right, but in the end, he got through them all, and I felt suitably impressed. I

got together with Samlee two or three times that year, and each subsequent time was no different from the first. There was evident worry and anxiety just beneath the surface of his comic demeanor. And it was noticing this tension that got me seriously interested in painting him as a subject and not just for the sake of form or content as I had done previously.

From what I was able to find out, Samlee’s decision to leave the world of performing arts had not worked out particularly well. He has had a hard, miserable life and a monotonous one, too. Whenever I watched him do a magic trick, I felt like I was witnessing something tragic as a man who was trying desperately to find a way out of the dead end that his life had become. The last time we met, I asked him so many questions that it began to feel like it was an interview or an interrogation. I asked him about his life, magic, and his view of the world around him. I really got to know him and began to have a clearer picture of whom he was. Of course, there were a few surprises, but in general, it wasn’t that hard to predict the things he told me. He seemed to represent an inner conflict, or at least that was how he had chosen to see himself. Even though the Thai name he had been given was the word for “cotton wool” – something white and pure, there was something in contrast with the name and with the “adorable” way he presented himself and the humorous way he performed his tricks. He joked, but at the same time, you could sense that he was worried or afraid of something the entire time. Even when his tricks came off without a glitch, there was still a palpable air of embarrassment, defeat and despair that he tried to conceal.

Magic is a world with two sides. One is the side of illusion and the other is the side of truth. One is what we see and the other is what is hidden from us. There were times I couldn’t help but wonder in Samlee’s case, where he chose to find the most happiness – in the world of illusion or the true world of the magician. Surely someone like Samlee, who stood at the intersection between these two worlds, was bound to feel confused and hurt whenever he had to face the reality of his own life in the present.

As for me, by continuing to adopt the same processes in my painting, I have come to understand many things more clearly, especially concerning the life of a “model” and the life of the “pictures” I paint. These days, there may not be that many people interested in knowing what lies within or behind a work of art. Still, I choose to invest these things in my paintings, despite knowing that in the world around us, nothing is easy; nothing is arbitrary; there are no miracles; there is no magic, and above all, nothing is unilaterally true. This is the normal condition of life.