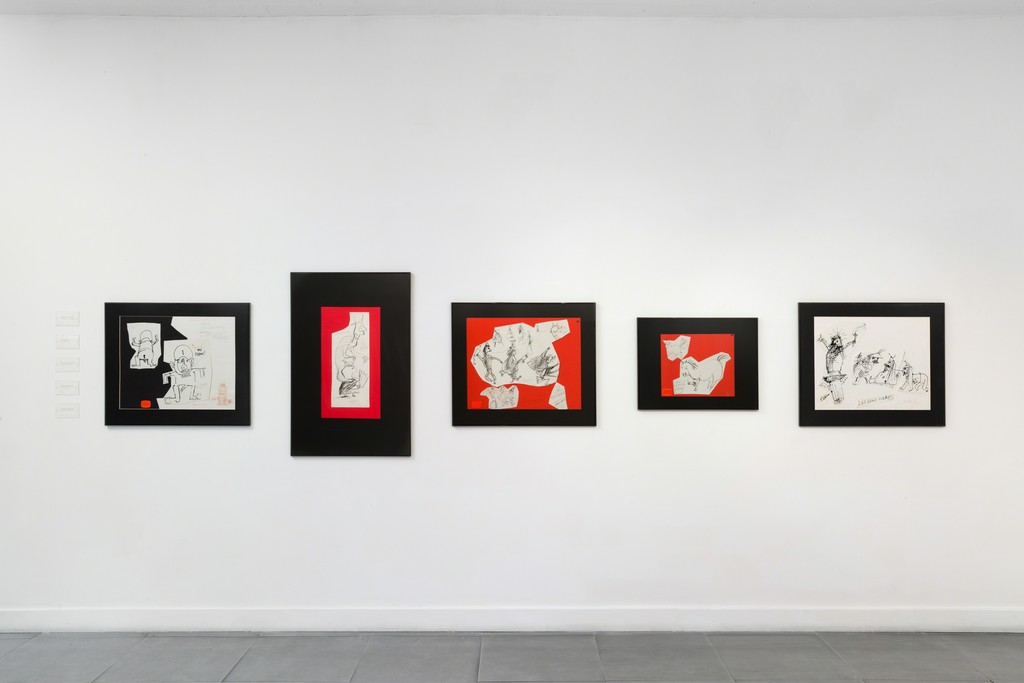 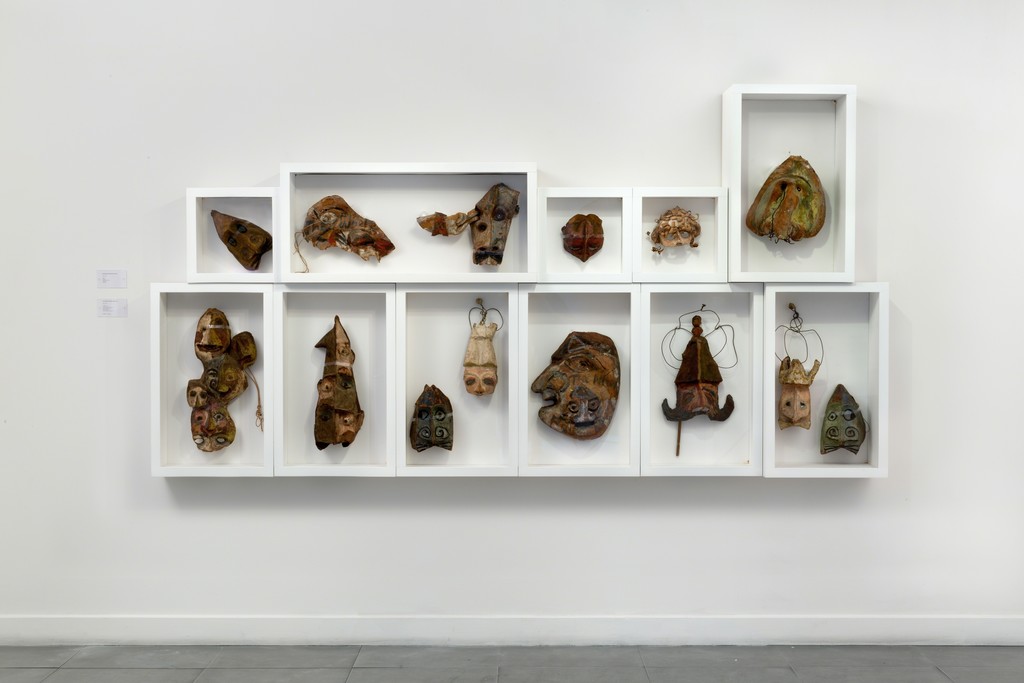 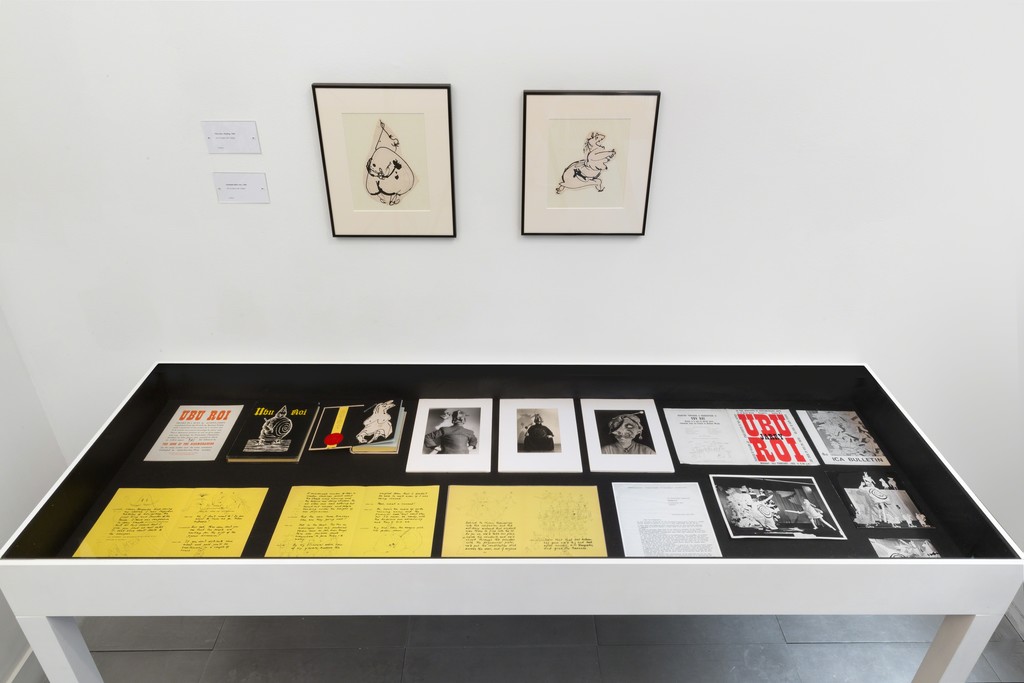 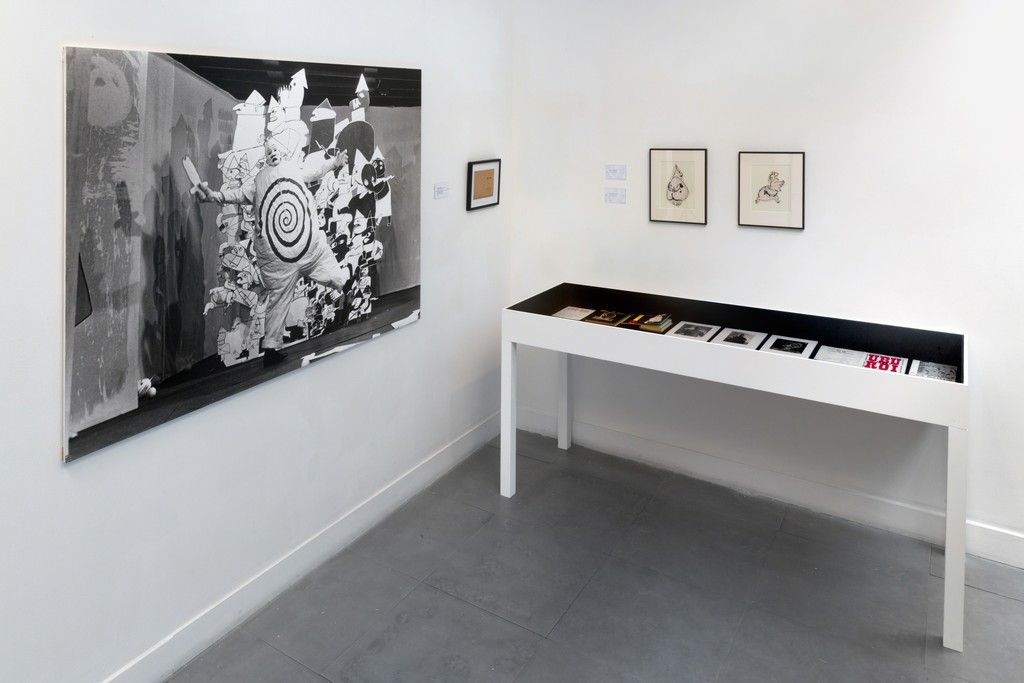 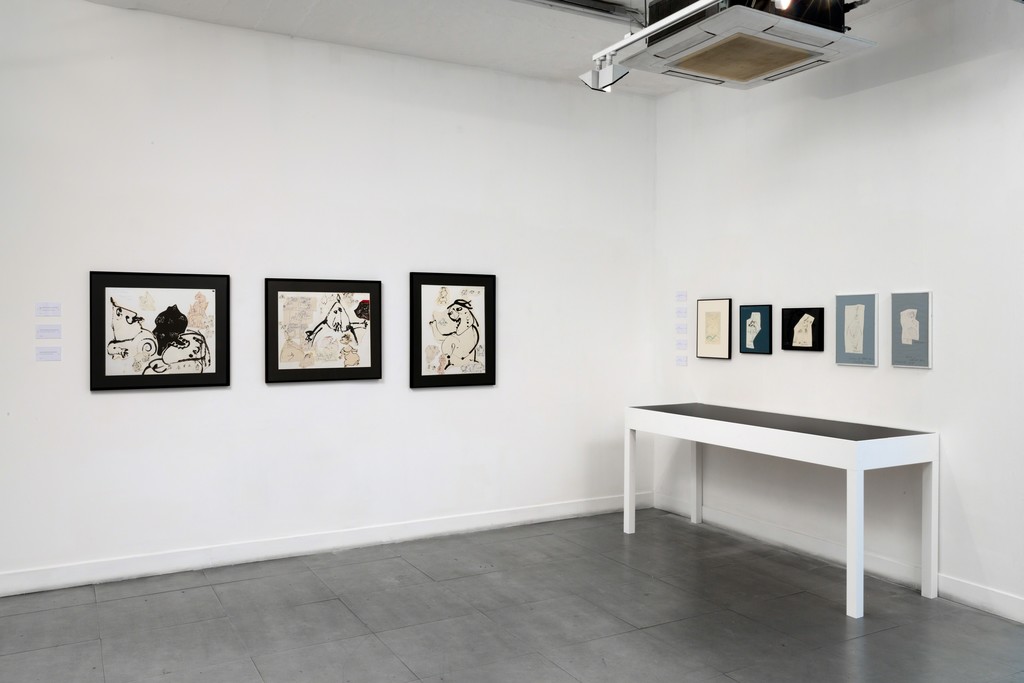 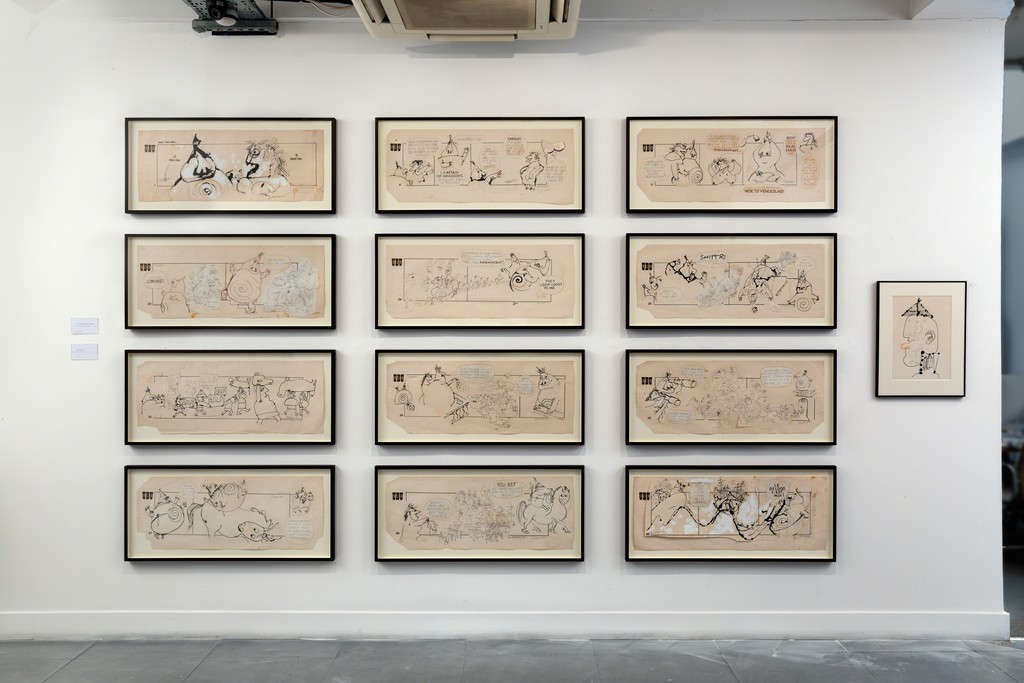 On 10th December 1896 the Theatre de l’Oeuvre in Paris staged the debut performance of a play that stunned and outraged the audience but kicked down the door to Modernism, the movement that transformed 20th Century culture.

Ubu Roi by playwrightAlfred Jarry was banned immediately after that first performance. The language was foul, the costumes ridiculous, the gestures violent, and its story, a farcical parody of Shakespeare’s Macbeth. Actors, dressed like clumsy versions of old wooden folklore marionettes, belched ‘Merdre!’ (‘Shit! with an additional ‘r’) and growled in strange unplaceable accents, behind masks. Props were cut from cardboard, and even Ubu’s (the King) sceptre was a toilet brush. Ubu was the first play in history to draw attention to the artificiality of theatre conventions and reject 19th century methods for creating the illusion of the real. The play’s punk innovations marked the turn of the Avant-garde.

Franciska Themerson spent most of her artistic mid-life immersed in an obsession with Ubu. In 1948, impassioned by the seminal cultural importance of Jarry’s play, she and her husband and lifelong collaborator Stefan, published the first ever English translation of Ubu Roi on Gaberbocchus Press.

Jarry’s slapstick, clown-like imagery marked an affinity with Themerson, whose paintings and drawings were similarly crude and comic, often mocking social stereotypes and classes. The published translation was a phenomenal success. In 1951 London’s ICA held a groundbreaking performance where 12 actors sat at a long table and recited the script, whilst wearing elaborately grotesque theatrical papier-mâché masks made by Themerson. A decade later she designed a puppet production of the play at Marionetteatern, Stockholm, where the characters morphed into disturbing life sized puppets carrying wooden flat cut-out 'body-masks', reminiscent of Dadaist costume. The play toured globally for 20 years and was made into a film. These 12 bizarre and fabulous original papier-mâché masks together with film, historical images and documentation will be on full display in the exhibition together with comic strip drawings, works on paper, collages, photographs and theatre posters.

This remarkable exhibition of Franciska Themerson & Ubu takes us back to the dawn of Modernism and the play that paved the way for Dadaism, Surrealism and the ‘Theatre of the Absurd’.

Artist Bio:
Franciszka Themerson was born in 1907, Poland and died in 1988, London. Her work has been the subject of many important solo exhibitions, including Franciszka & Stefan Themerson Books, Camera, Ubu, Camden Arts Centre, London (2016); Art Now: Lightbox Stefan and Franciszka Themerson, Tate Britain, London (2009); The Drawings of Franciszka Themerson, KUNSTEN Museum of Modern Art Aalborg, Denmark (1991). In 1975, a seminal solo retrospective of the artist’s oeuvre Franciszka Themerson - It all depends on the point of view was presented at London’s Whitechapel Gallery. Her works, including those which were collaborative with her husband Stefan Themerson, are part of several notable public collections across Europe including Tate Britain, The British Museum, Victoria & Albert Museum, Arts Council England, Art Museum Belfast, Muzeum Narodowe, Warsaw and Marionetteatern, Stockholm.

A catalogue will be published in conjunction with the exhibition and available to purchase.