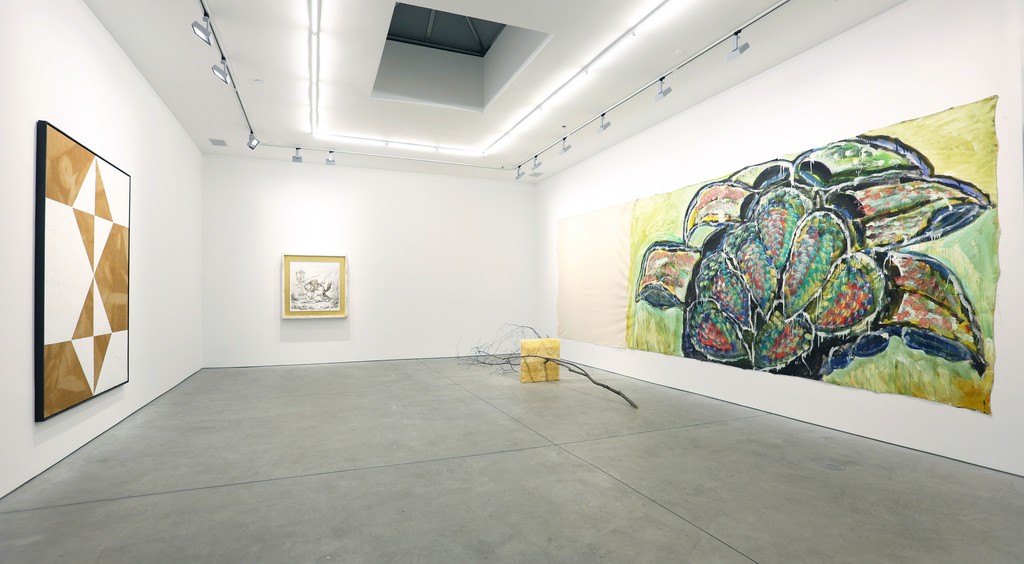 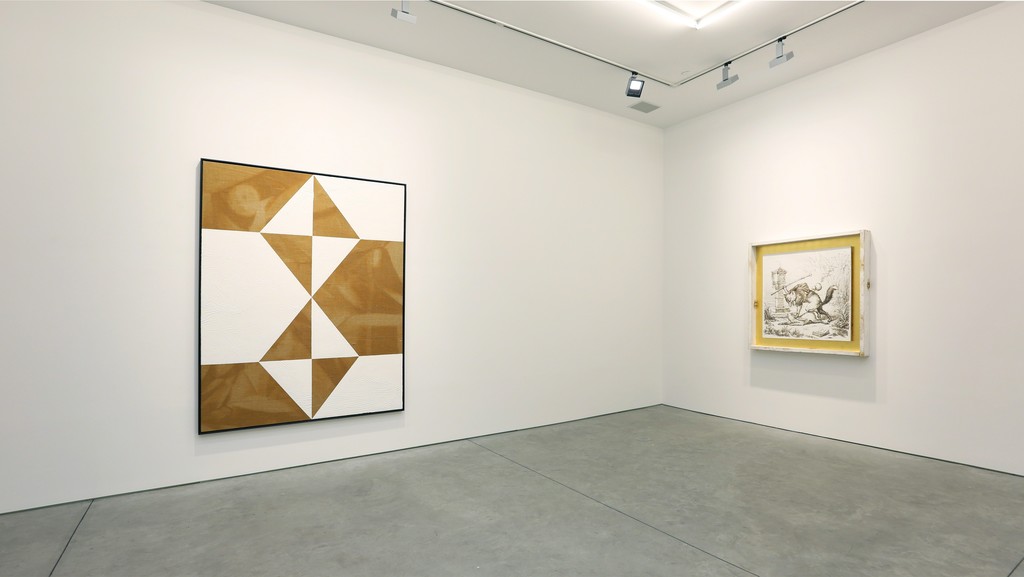 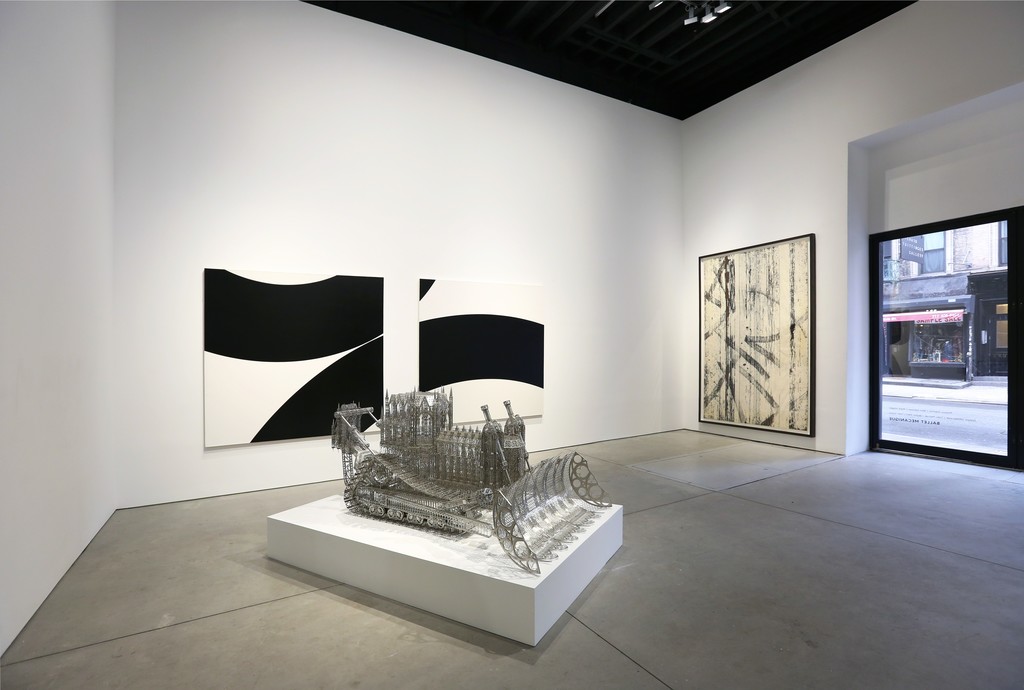 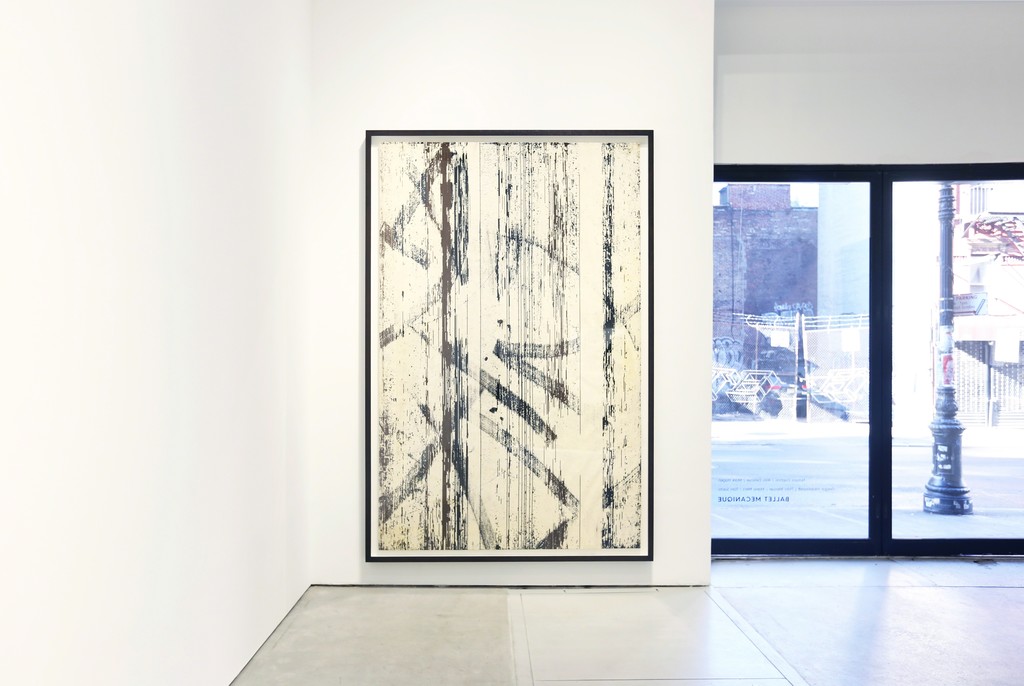 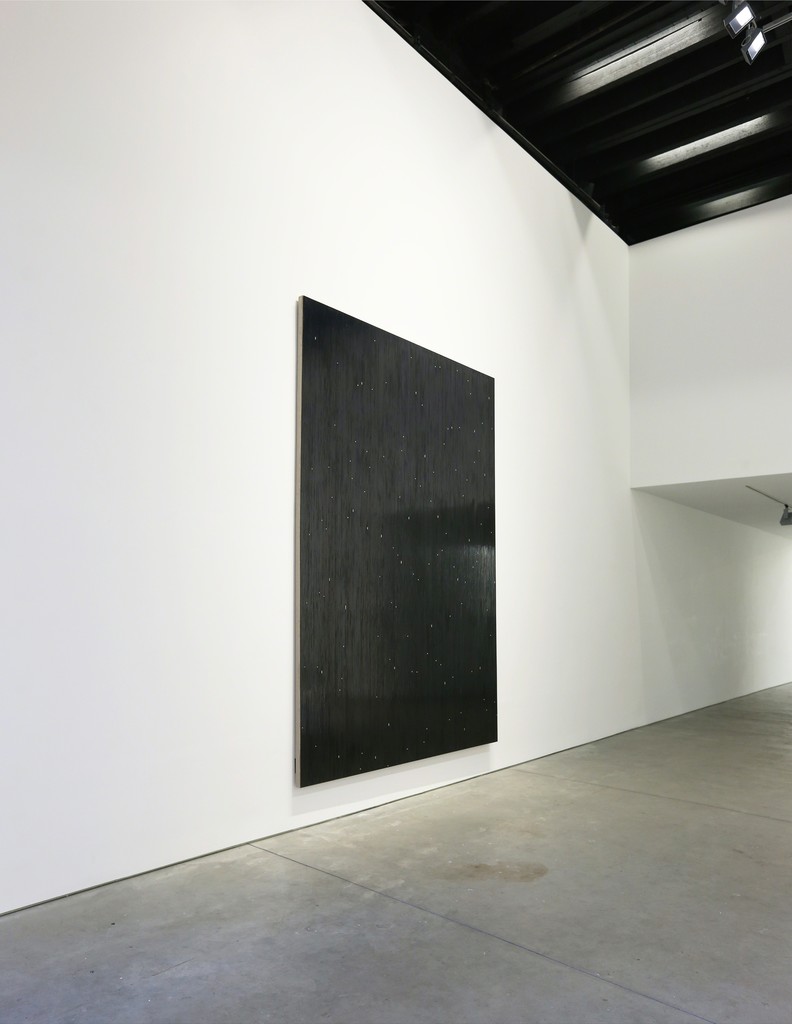 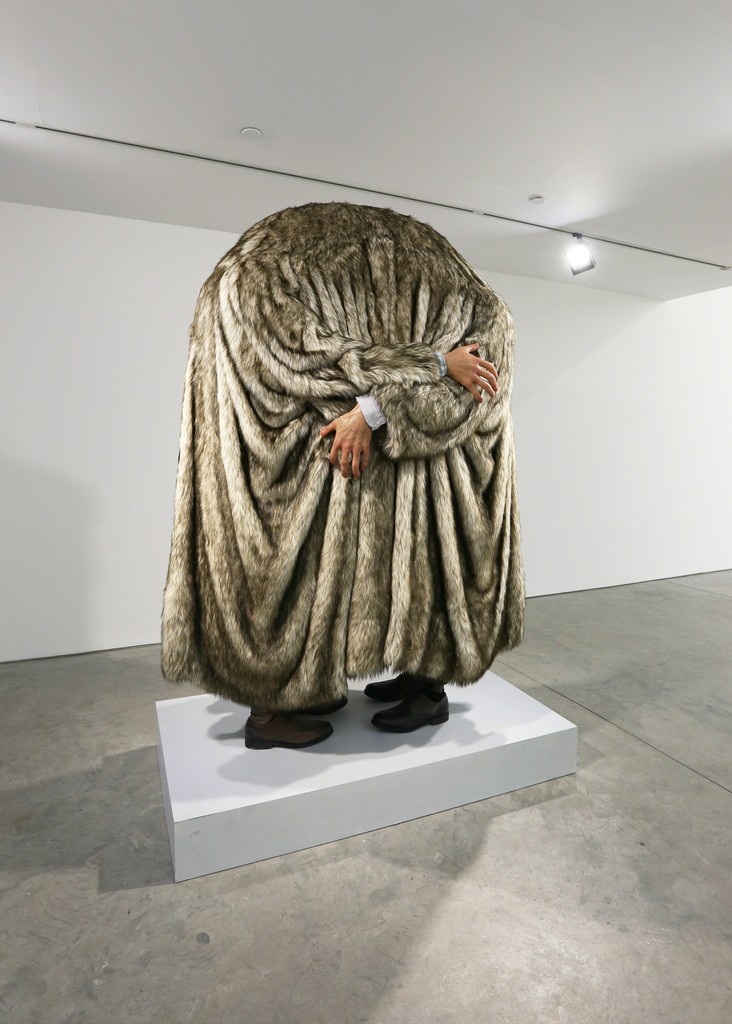 Modern-day living contains a machine-like rhythm: maximized efficiency with production-based values. A groundbreaking experimental film released in 1924 by French artist Fernand Léger, Ballet Mécanique, expressed concern for an increasingly automated society. Like this cinematic study of the dance between man and machine, artists featured in this group exhibition examine the diminishing divide between the natural and the artificial. Mario Merz, Tom Sachs, and Théo Mercier, challenge the oppressive logic behind indus-trialization, while Nassos Daphnis, Mark Hagen, Gregor Hildebrandt, and Wim Delvoye exercise the potential of industrial materials to achieve a new aesthetic form.

Nassos Daphnis (1914-2010) removes evidence of the artist’s hand using industrialized mediums such as car enamel, and paint rollers. 4-A-78 / 4-B-78 (1978) exemplifies Daphnis’ hard-edge approach, while giving a perception of expansive movement and high depth of field within a two-dimensional space.

Wim Delvoye (b. 1965), who famously declared, “all art is useless,” collapses the boundaries between high and low culture. With his amalgamation of a heavy-duty bulldozer and the delicate details of gothic architec-ture in D11 Scale Model 2.0 (2008), Delvoye engineers a conflict between the utilitarian and the ornamental.

Mark Hagen (b. 1972) employs a process of casting and molding that upholds the nuances behind manmade processes. To Be Titled (Additive Painting #72) (2010) began as burlap piled in sunlight for several months, allowing for natural tan marks that serve as a visual record of its history. Layers of acrylic exterior house paint are successively poured through the back of the burlap, settling into precise geometric shapes marked by incidental surface texture.

Gregor Hildebrandt’s (b. 1974) cassette tape pieces underscore the nostalgia for an obsolete media. The magnetic ribbons run across surfaces in lyrical, sporadic lines, capturing how collective memory can fade with the elimination of the technology recording it.

Théo Mercier’s (b. 1984) unsettling sculpture La bête à deux dos (2011) or “The beast with two backs” comments on the ambiguity between the seen and unseen. The two hyperrealistic mannequins, created using special effects techniques developed in the film industry, are locked in an absurd dance that refers to the early Dada theater performances.

Mario Merz (1925-2003) was a key figure of the Italian art movement, Arte Povera. His use of everyday manmade objects illuminated the dignity of manual labor, while his application of organic material protested the dehumanizing nature of industrialization. By piercing a beeswax wall with found tree branch in Wandering Songs I (Canti errabondi I) (1983), Merz symbolically transfers the energy found in nature into the manmade.

Tom Sachs (b. 1966) ridicules the contrived notion of a status symbol, recycling branded objects in new, unexpected contexts that cleanse their cultural feti-shization. His pyrographed plywood panels that depict anthropomorphized animals explore the basic, animalistic instincts that are suppressed in the course of conformity.

The artists featured in Ballet Mécanique question the changed role of man within industrialized societies. More than just recognizing the contrast of the natural, beautiful, and mysterious to the mechanical, grotesque, and fragmented, these contemporary artists expose the fallacy of the dominant modernist vision