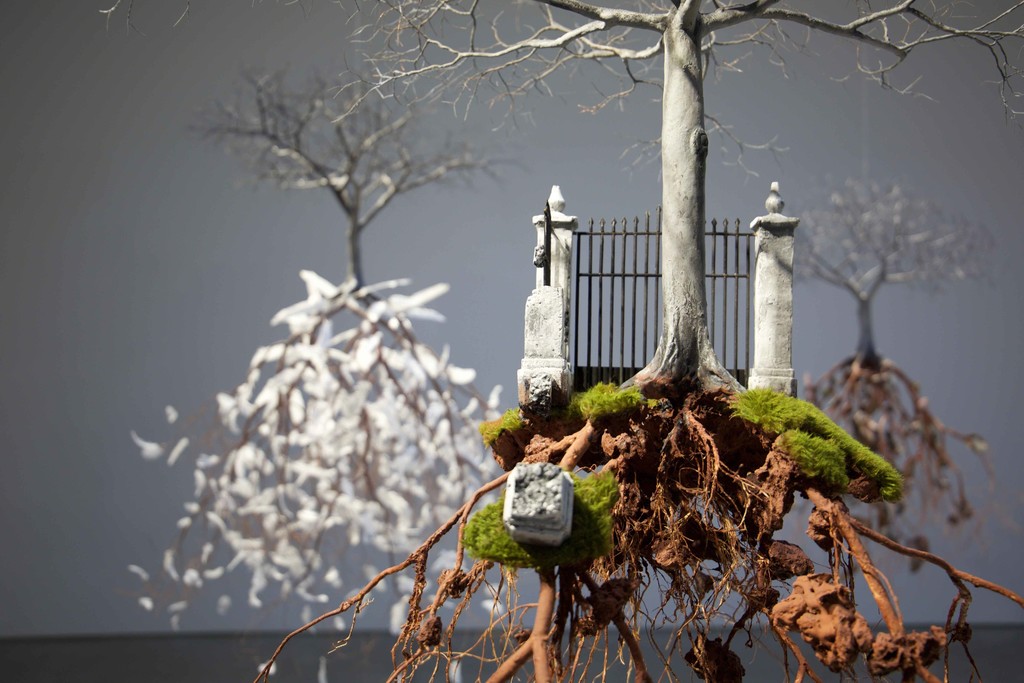 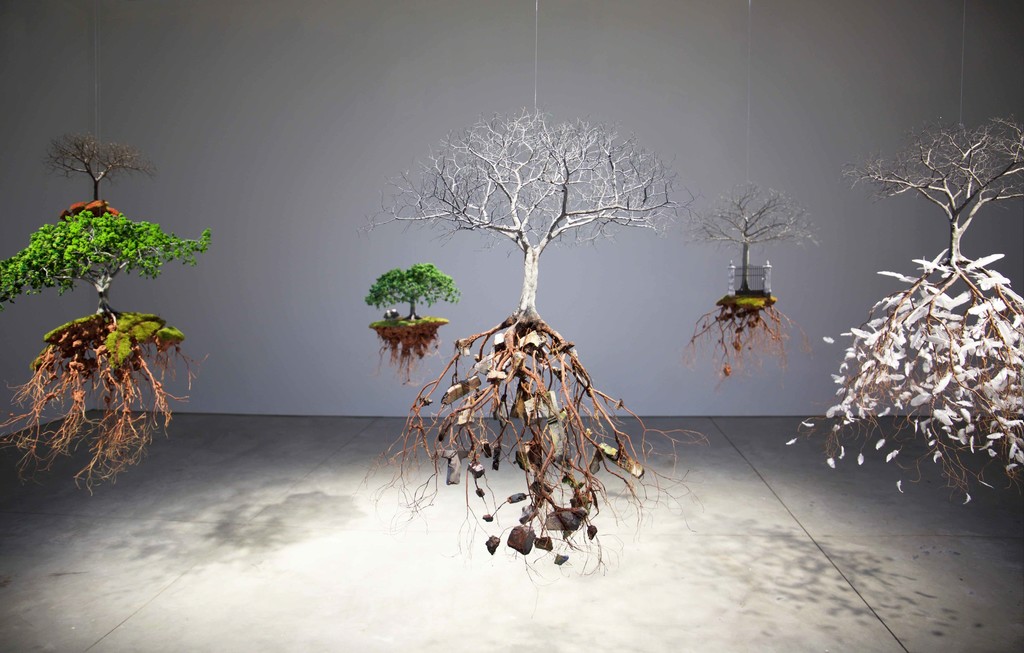 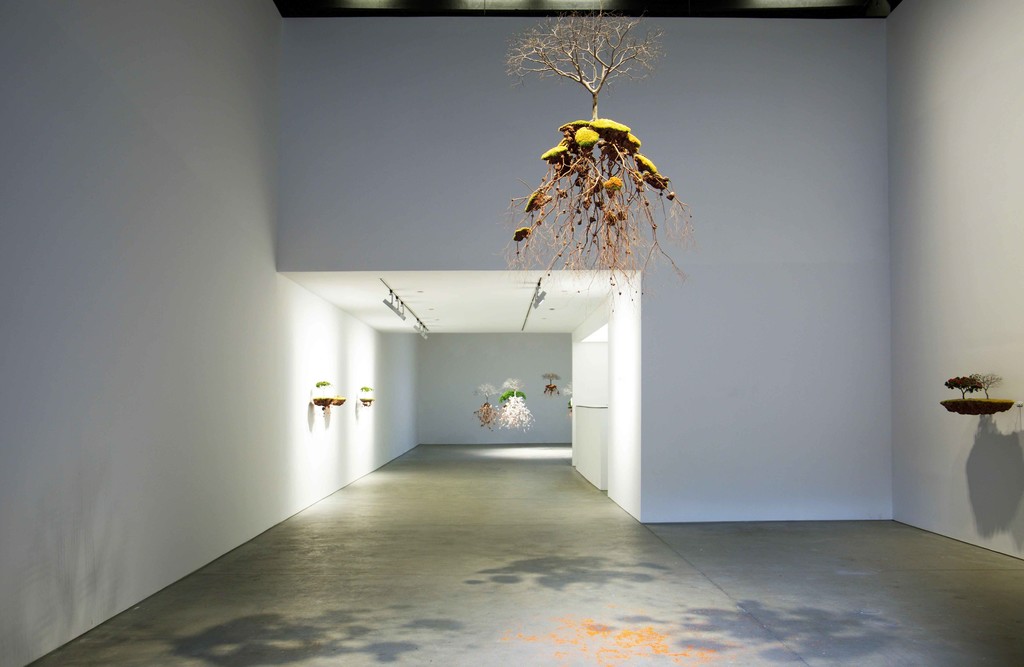 Richard Taittinger Gallery is honored to present Broken Landscape, the first major solo exhibition of Cuban artist, Jorge Mayet, in the United States. As an exile living in Mallorca, Spain, Mayet’s work distinctly reflects upon his origins and the disparate identities that define his homeland’s history.

An exhibition featuring a collection of Mayet’s sculptures, Broken Landscape, presents an anthology of remnants and collective memories; an interlacing of fleeting moments belonging to the artist and to the Cuban diaspora. As one of the most prominent Cuban contemporary artists, Mayet’s ability to invoke the consciousness and dysphoria of a people separated from their homeland renders these works both visually and emotionally powerful. His introspection is palpable.

Mayet’s sculptures of photo-realistic trees and structures are often seemingly broken; limbs of trees and fragments of buildings are being pulled apart or hang as if on tenuous threads of roots or webs. The works become physical manifestations of the artist’s yearning for the homeland he envisions. They are splintered records of memories, encompassing a sense of nostalgia for that which is no more.

Me desprendo de tí (2016) - a single tree - with limbs and roots extending from a bed of red earth, represents the artist, removed from his homeland but with his life still deeply embedded within it. References to social and spiritual practices resonate throughout these works, signifying those aspects of a lost life that are most treasured. Mayet is no less a Cuban for living away from Cuba and as with many who have departed the island nation, his heart and mind remain entangled with the vibrant culture and people with whom he is inextricably linked.

The tree becomes Mayet’s vehicle for representing the many ideologies and cultural motifs of Cuba. From a mystical perspective and as seen in Y Obatala (2016), a floating tree amassed with feathers, Mayet pays tribute to Obatala Santo, a God of the Afro-Cuban religion, Yoruba. For those who follow the mystical practice, the tree is a place of worship, a receptacle for offering, a linkage to not only the earth, but the beasts that roam it.

Broken Landscape is autobiographical - the artist gives voice to the diaspora’s longing for the traditions, vigor and quotidian of Cuban life. The isolated, floating landscapes become individual allegories. Influenced by local lore, craft, and personal memory, Mayet’s work flourishes, reverently paying homage to the complexities and mystery of his homeland.