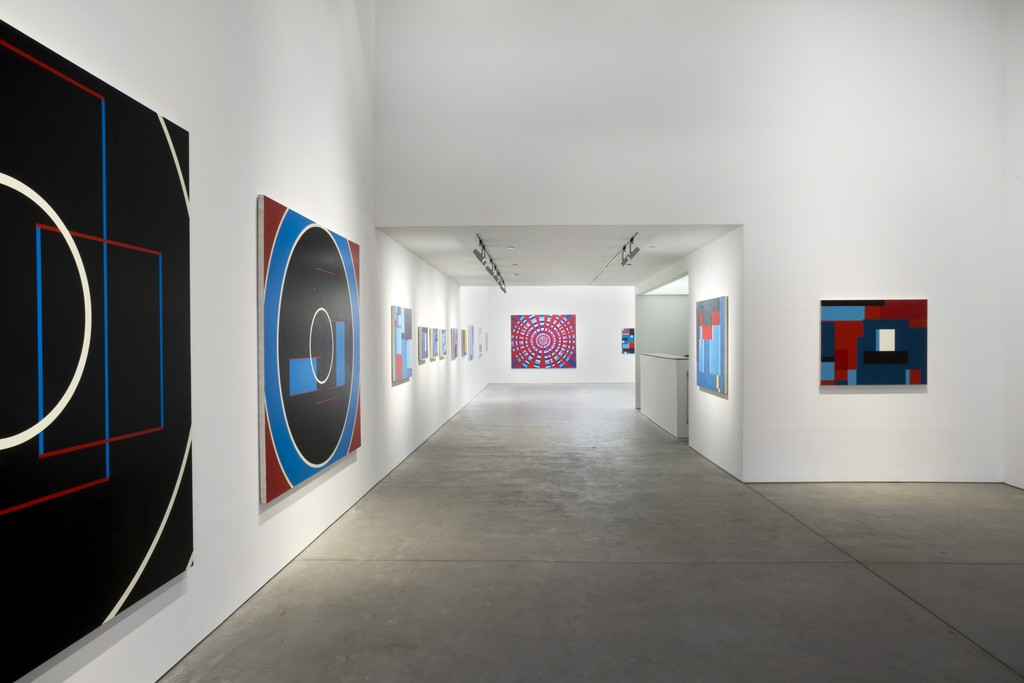 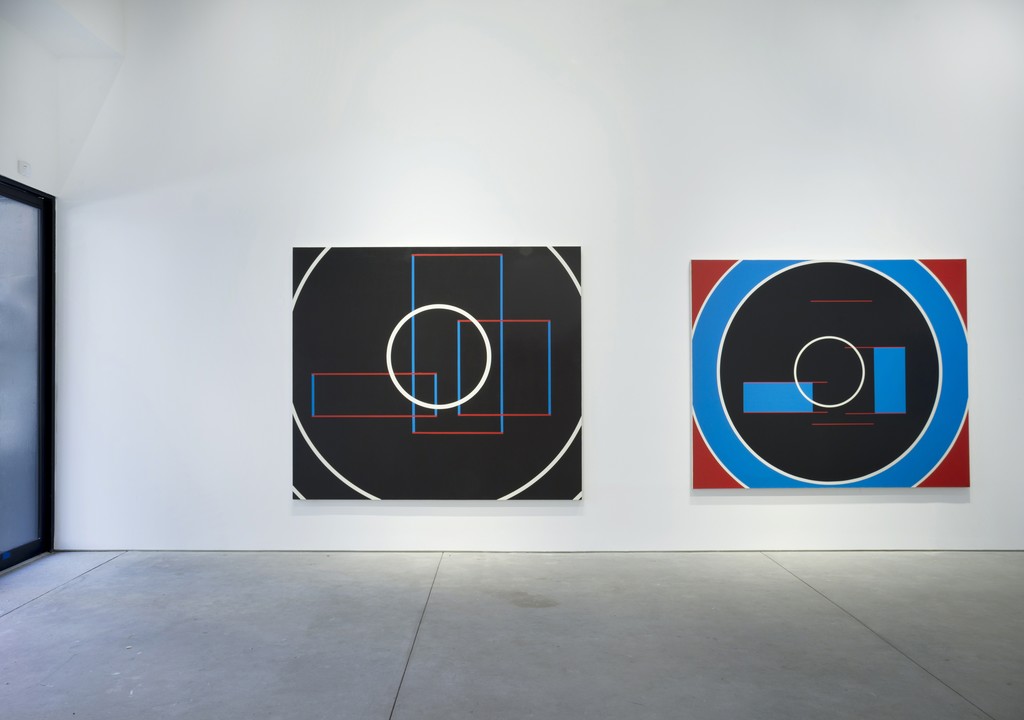 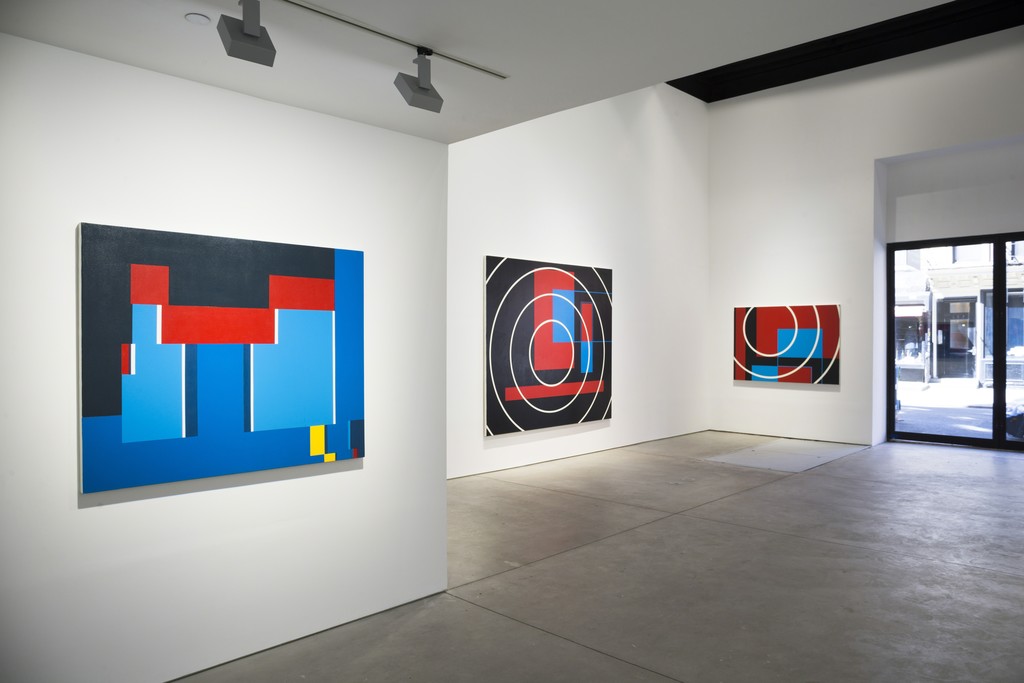 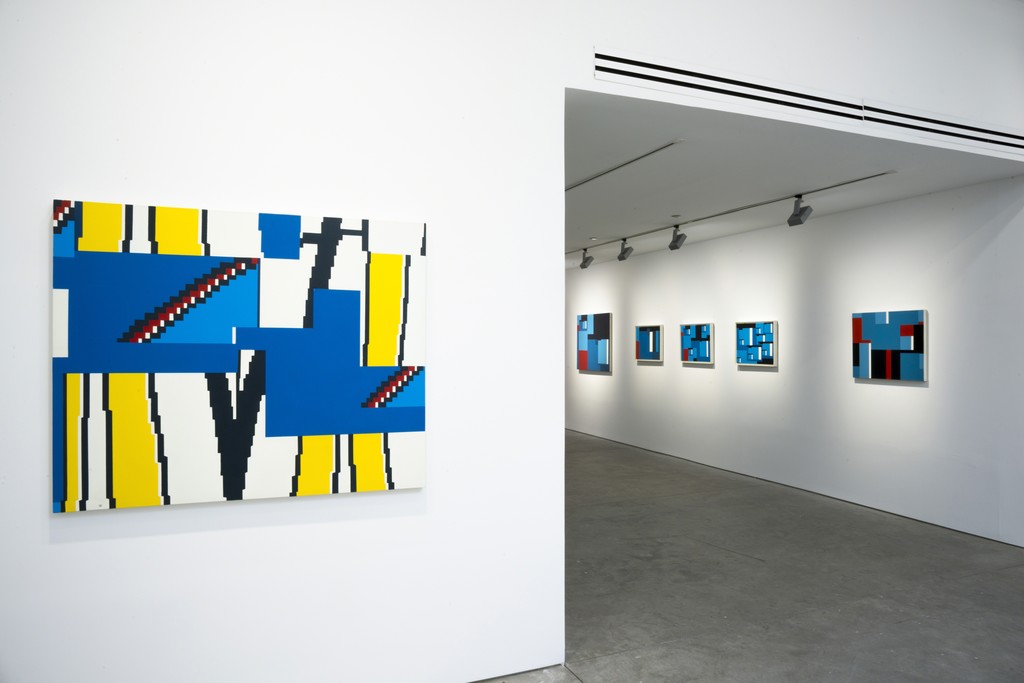 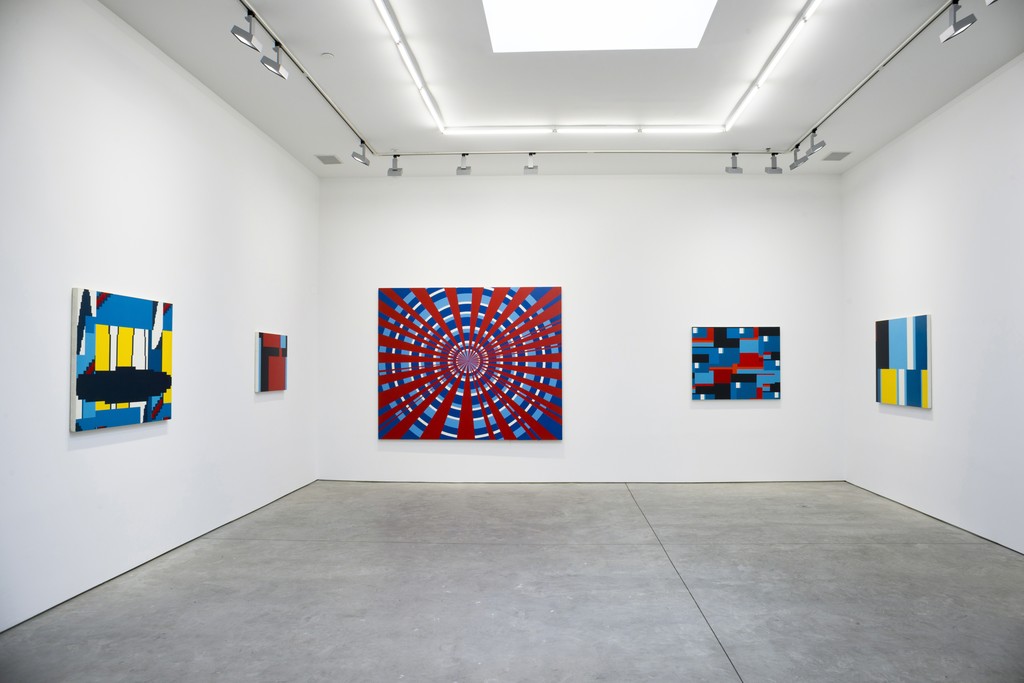 Richard Taittinger Gallery is pleased to present Pixel Fields, a solo exhibition of unseen works by Greek-born American artist Nassos Daphnis. The exhibition features twenty-two paintings from 1987–1992, which reveal Daphnis as a precursor to today’s New Media artists. Expanding on his signature abstract geometric style, in these works he combines computer-generated graphics from an Atari ST with his painting process.

Daphnis’ work is characterized by his commitment to liberating color from formal constraints in the sweeping, uninterrupted planes of his canvases. Works from this period demonstrate the expansion of his color-plane theory beyond the use of primary colors and simplified planes, featuring an extended palette and compositions informed by lines and pixels drawn on the computer. In referring to both the pixilation of computer graphics and Daphnis’ activated fields of color, Pixel Fields allows a rare glimpse into the exploration of a cutting-edge visual language.

The exhibition opens with 6-87 The Explosion (1987), Daphnis’ eureka moment captured on canvas. Laser-like red lines emanate from perfectly concentric blue circles, evincing both his mastery of color and his energetic manipulation of the Atari ST’s drawing components. After perfecting the circular form, Daphnis moved on to the square format. Located in the back gallery, these paintings emerge as coolly distilled views of video game-like landscapes. 6-88 (1988) exemplifies the depth to which Daphnis explored this realm and utilized the pixel in his construction of seemingly topographical layers.

Having propelled the pixel to new horizons, Daphnis also refined it. Completed toward the end of this period of optical exploration, AE 11-92 (1992) manifests his transformation of the pixel into fields of color. Daphnis’ employment of computer-generated graphics and use of the Atari ST to develop his radical digital landscapes can best be understood as a proto new media attitude. His early adoption of new technology into his traditional painting process parallels the Computer Paintings of Albert Oehlen or the pixilated abstractions of Cory Arcangel’s Photoshop CS series. Pixel Fields will remain on view through October 25.