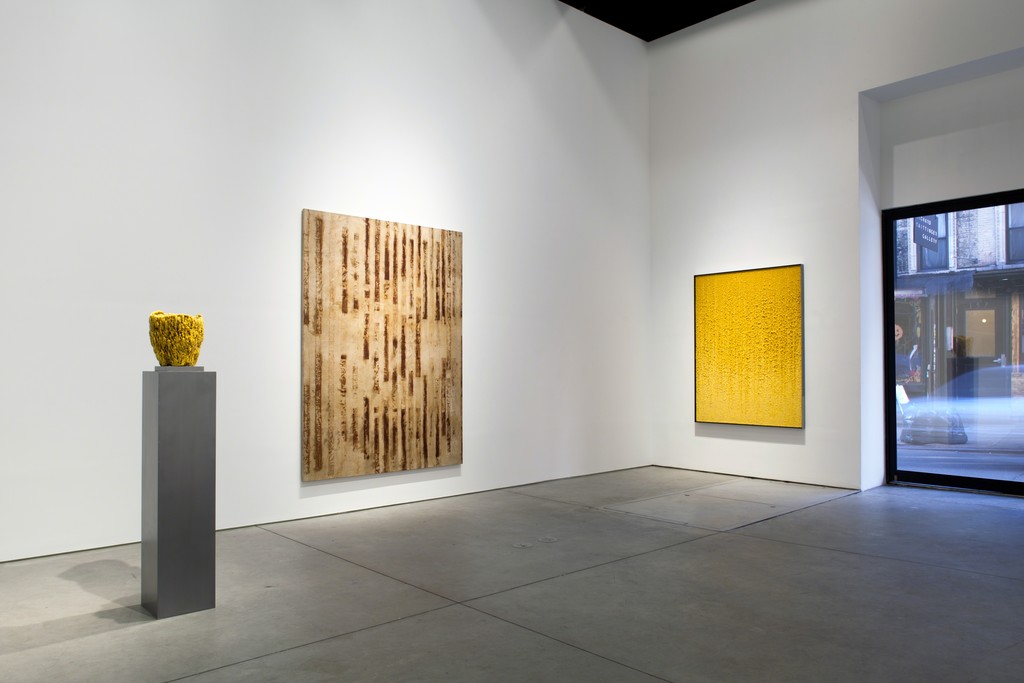 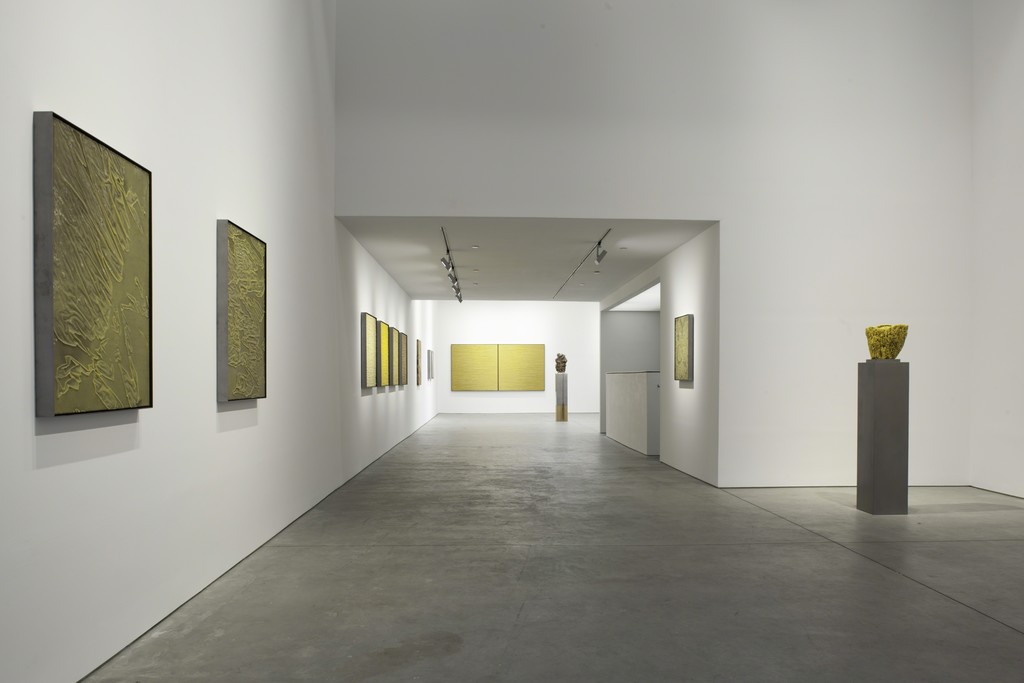 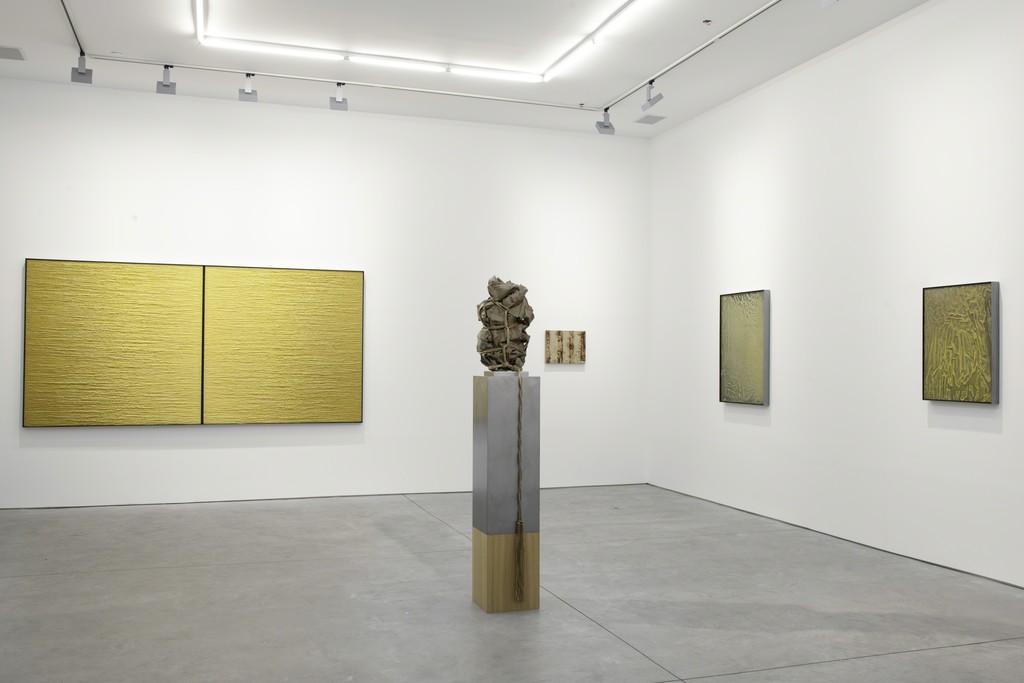 Richard Taittinger Gallery is pleased to present WITH HONEY FROM THE ROCK, a solo exhibition of new works by American artist Nick Theobald. Drawn from the Old Testament, the title refers to the final gift in God’s vow to reward the faithful: “But you would be fed with the finest of wheat; with honey from the rock I would satisfy you” (Psalm 81:16). Like the bible verse suggesting that willful submission is rewarded by satisfaction, Theobald investigates the space between control and surrender in his intricate compositions that engage with unaltered beeswax.

Theobald’s drip paintings, highlighting an unexpectedly rich tonal variation of beeswax, are manifestations of meditative practice. Similar to a mantra, uttering a sacred sound or breath, each repetitive drip composes a gradual rhythm of surrender and release. Similarly, the topographical surfaces of his imprint paintings require a relinquishing of control, as he allows the melted beeswax to form into incidental shapes. The artist’s submission to the elements is further embodied by his rust paintings, which result from the corrosive reaction between steel and saltwater.

Meanwhile, Theobald’s sculptures personify constraint and discipline. Wax-coated canvases are bound with ligatures of jute rope to forge methodically harnessed embodiments of their original function as paintings. Despite their tense and tortured forms, his scupltural work contains a sense of repose.

The use of pure or raw materials in his work recalls art historical practices of groundbreaking artists such as Joseph Beuys and Yves Klein. Similar to Beuys’ How to Explain Paintings to a Dead Hare (1965), which employed honey and gold as godly elements, Theobald uses beeswax and natural fibers in ways that intensify their associations with immortality. His paintings also invoke a zone de sensibilite with their lush simplicity and fragrant excesses, evoking a sensorial depth sought by Yves Klein, whose Monogolds captured both a carnal lust for gold and sensuality of surface.

Theobald’s spiritual bond with abstraction and materiality acts as a vehicle to seek notions of purity. He aspires to use his materials as a form of samsara, a cycle of life in which beeswax flows from rock to fire to canvas in an unending flow.

WITH HONEY FROM THE ROCK will be on view through December 12.