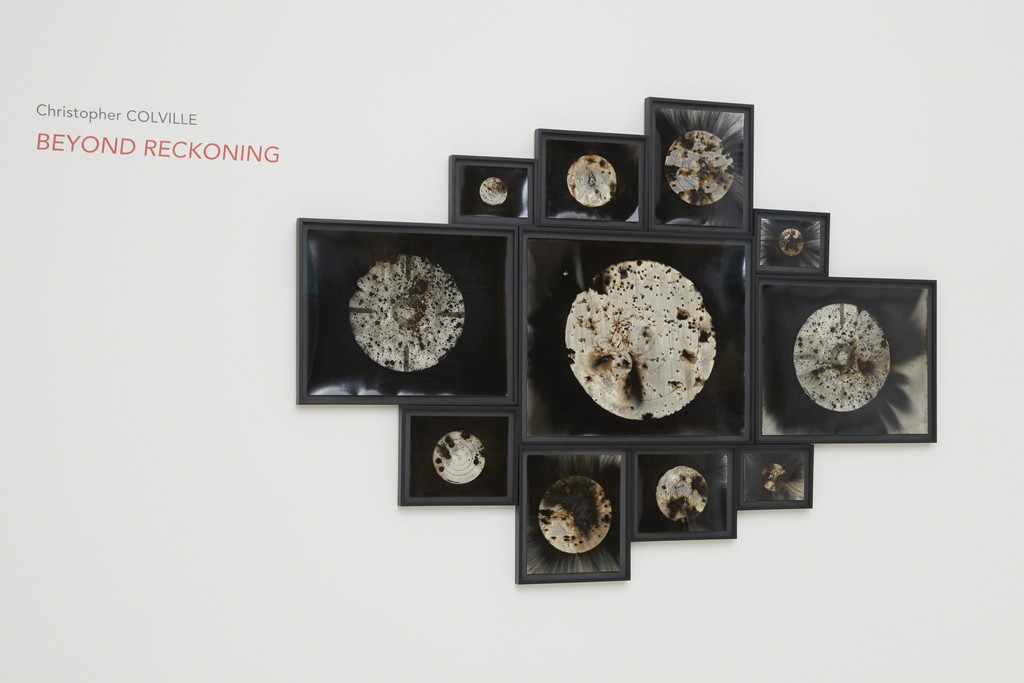 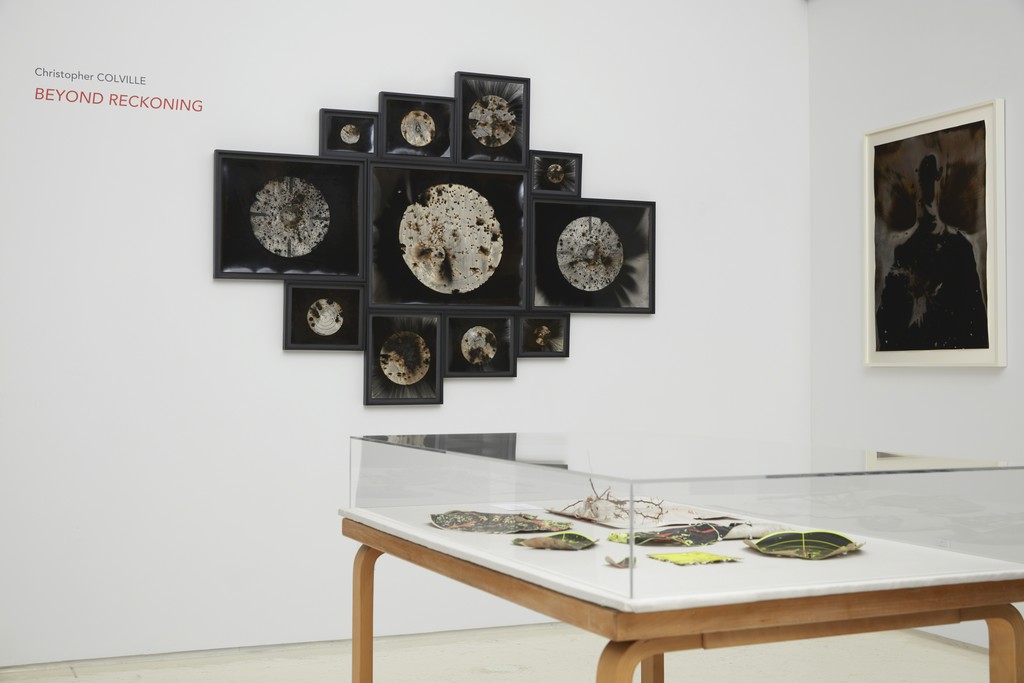 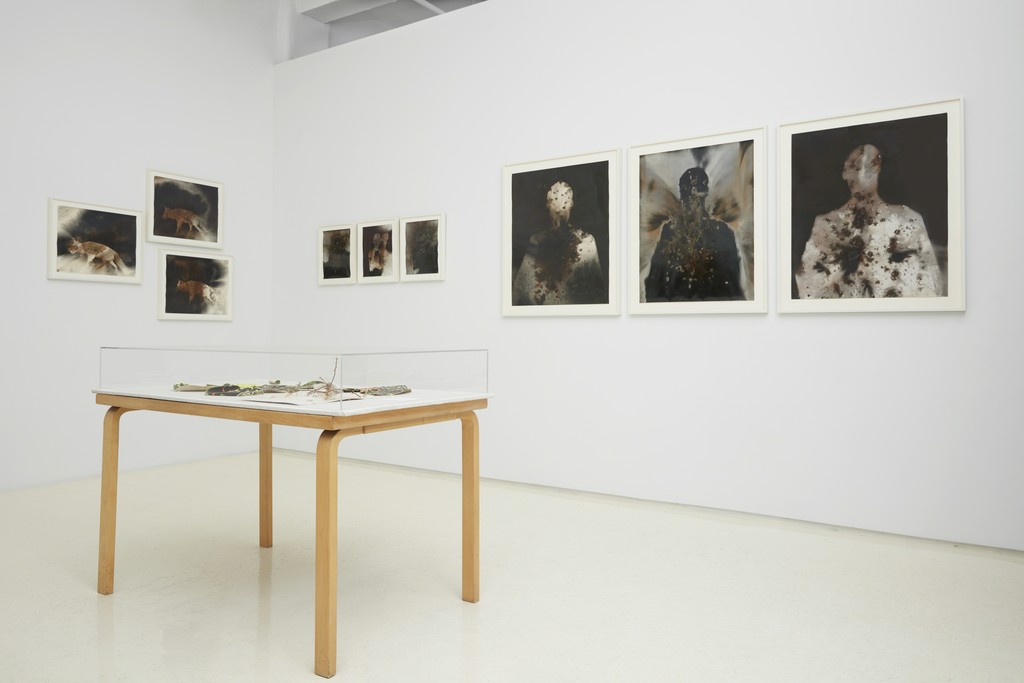 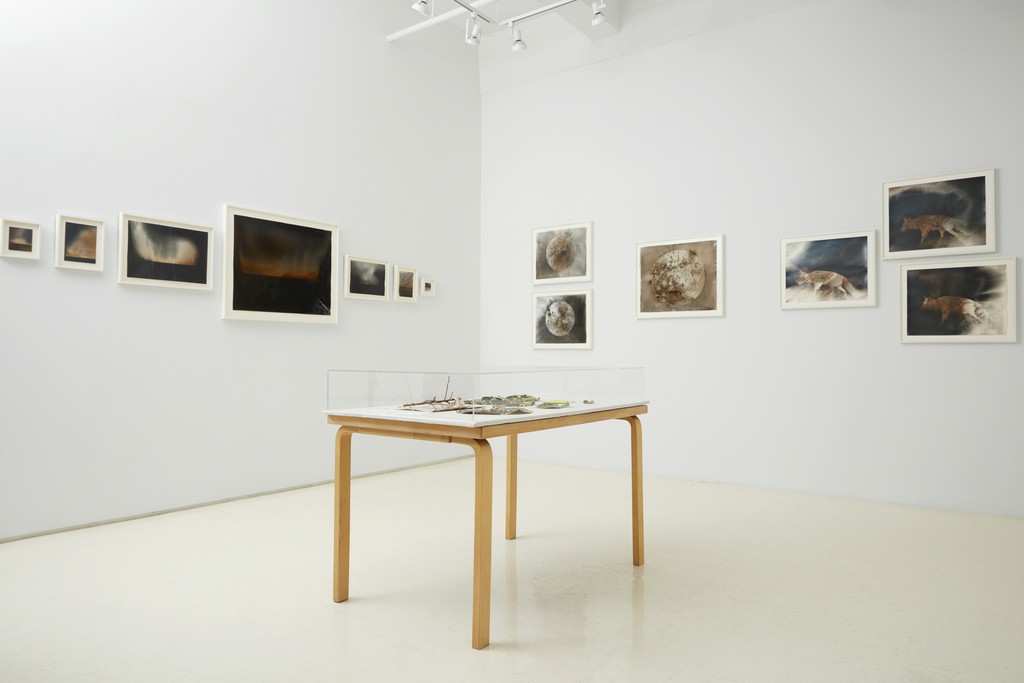 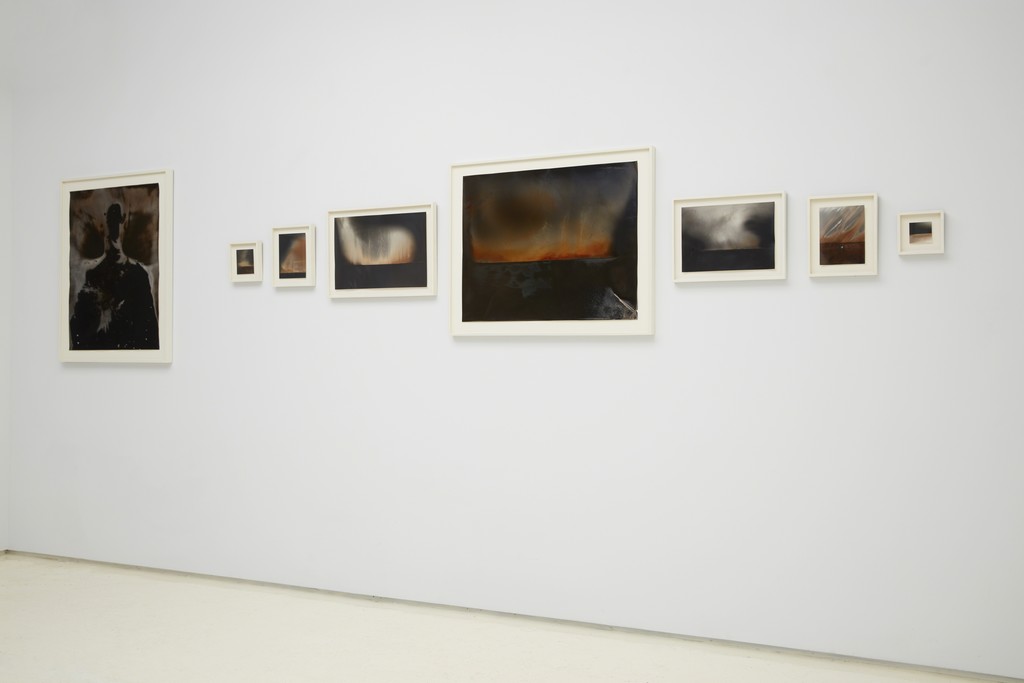 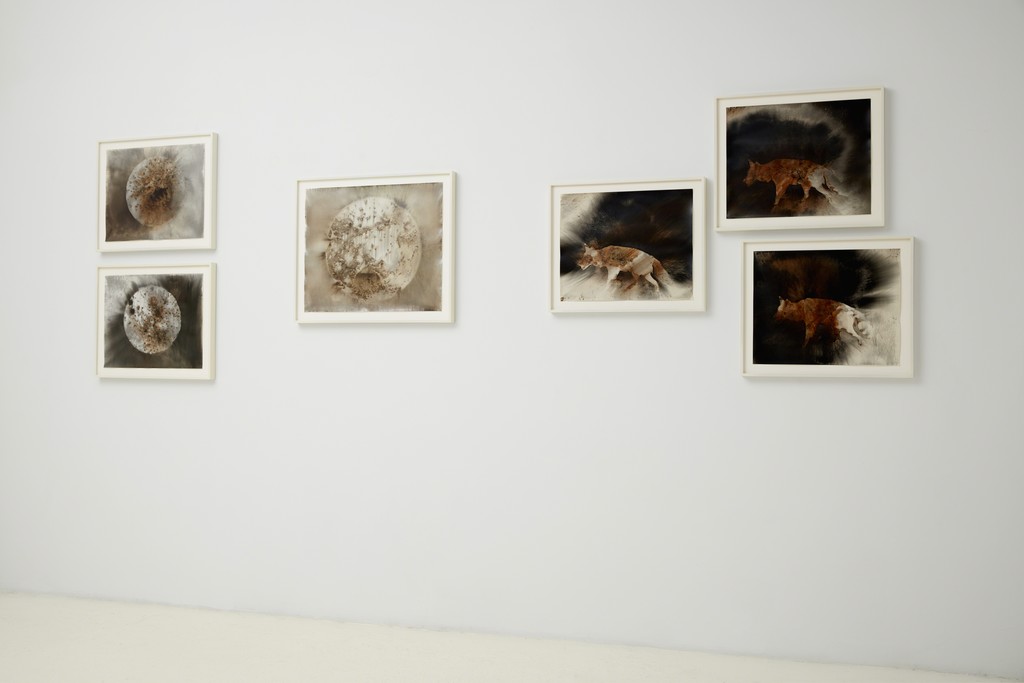 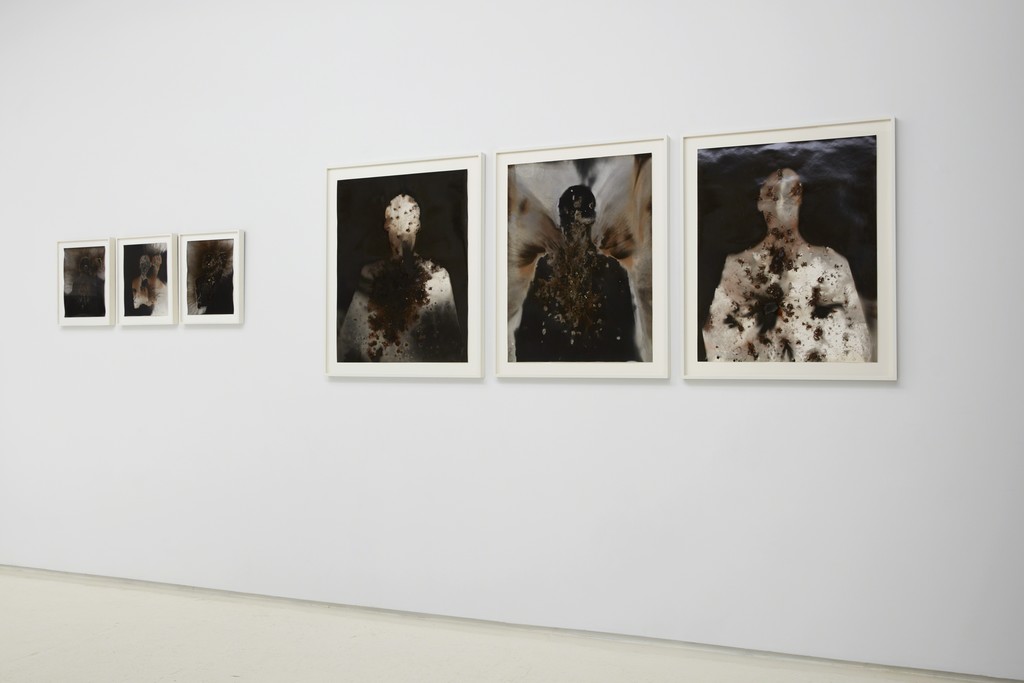 "The truth about the world, he said, is that anything is possible. Had you not seen it all from birth and thereby bled it of its strangeness it would appear to you for what it is, a hat trick in a medicine show, a fevered dream, a trance bepopulate with chimeras having neither analogue nor precedent, an itinerant carnival, a migratory tentshow whose ultimate destination after many a pitch in many a mudded field is unspeakable and calamitous beyond reckoning."

The images comprising Christopher Colville’s Beyond Reckoning exude a complicated spirit, born of the desert from where they were made. The photographs reflect a vast, graceful beauty while embodying an intrinsically American volatility. These unique prints, each the result of a single fiery exposure, speak to a number of the issues on the minds of many today. By collecting used practice targets that are left as trash at often illegal firing ranges and using them as light modulators and screens in his work, Colville introduces the violent traces of an obsessive pastime through its cultural remnants. The targets themselves are records of complex motives. They include emotionally broad subjects from conventional bullseyes to wedding photographs; figurative targets in the shapes of assailants and “gangsta” figures; prototypical criminal body targets and coyotes. As human beings, the frightening identification with the figures is deep-seated and primordial, conjuring up primitive feelings of being either the hunter or the hunted.

A violent version of the photogram process, Colville places the targets on the paper with a measure of gunpowder which, when ignited, creates a negative image of them with the bullet holes and punctures exposing and burning the paper beneath. The heat transforms the silver as well, creating an eerie aura of an apocalyptic event, either the birth of creation or the end of time. Colville describes them as “luminous shadows whose clarity refute their violent creation. These images grow from a response to this physical landscape that holds a compressed history of violence exacerbated by our uncertain times.”

So adept at manipulating his explosive materials, Colville is able to depict images that mimic the desert landscape at night. His Dark Hours Horizons are seemingly long views, horizontally divided neatly by the far edge of some fantastic, hijacked world at night, imagined through the coupling of fire and paper, chemistry and skill. Apocalyptic in tone, the images are objects of distinctly photographic finesse, grainless and of infinite tone. They are reminders of our perceptive abilities or as Ralph Waldo Emerson stated, It is the eye which makes the horizon.

Colville presents his work individually and in composite groups of images ranging in size from but a few inches tall and wide to 32 x 24 inches for individual prints and up to several feet wide for the more complex installations.